Las Vegas: A magical land of excess, fun and awesome weddings! It was the perfect location for Jacky and James’ April nuptials because they wanted all of those things!

“James and I met when we used to work at Sainsburys in our teens!” Jacky began. “We both left and went our separate ways but were friends on social media. We bumped into each other in our local pub one Christmas Eve, he asked me out on a date and here we are now!”

“The inspiration for the wedding was basically how expensive it is to get married in the UK and how much more for our money we could get in Vegas. We wanted it to be a holiday for all our friends and family, really chilled out and relaxed and different from the other weddings we have been to over the years.” 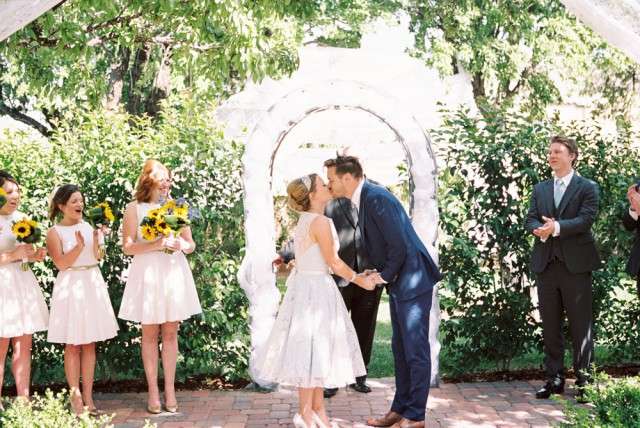 “We didn’t have a particular theme, it all just ended up coming together. Because I wore blue, it made it a bit difficult to theme everything else hence why the bridesmaids are wearing ivory! Walking through the hotel lobby in the morning everyone thought I was a bridesmaid and the bridesmaids were brides because I was wearing blue and they were wearing white!”

Their ceremony was held at The Grove and their reception was at Sinatra restaurant at The Encore. “I don’t have a particular favourite part to the day”, she continued, “The whole thing was amazing and probably couldn’t have gone any smoother. The food at Sinatra was a huge highlight – it was amazing! We did our speeches outside on their veranda which was lovely as it was just us. After dinner we went to a jazz bar in the same hotel and the in-house band sang our wedding song so we actually got a first dance and was a great addition to the day that we weren’t expecting.” 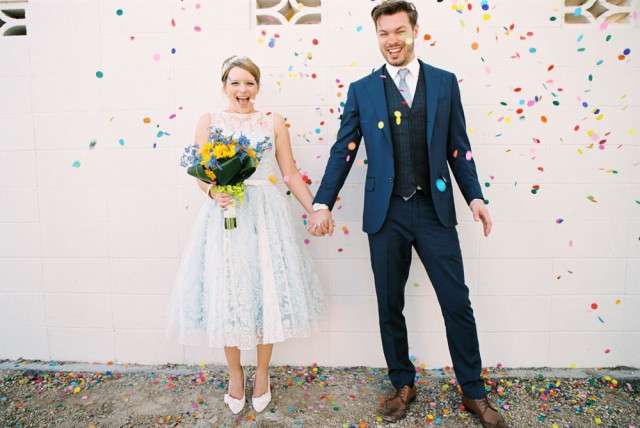 “Doing our wedding this way really saved us money especially on the food and reception venue. We had a set menu for all the guests and because we just rocked up to a bar inside the hotel we didn’t have to pay a hire fee and we got a free band! if I could do it again, I would have splashed out and hired a vintage car though!” 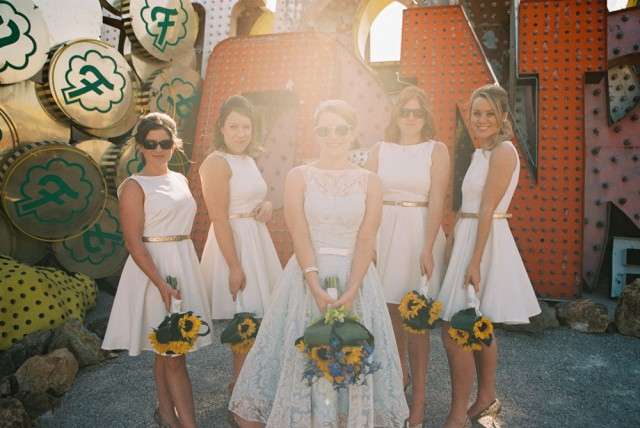 “Planning a Vegas wedding on your own is hard work and you can spend hours and hours just trawling through all the hotel websites looking for a decent venue”, she concluded. “I found Little Vegas Wedding blog really helpful. My advice to others doing the same would be to look out for hidden costs and try to find a deal where all the food and drink is included as our drinks tab at the end of the night was ridiculous! Also, be aware of how far away places are – our ceremony venue was a 40 minute drive from our hotel when it is stated 15 minutes off The Strip. However I thoroughly recommend a Vegas wedding! I had never been before so went in completely blind and they really do know how to treat people well when they get hitched!” 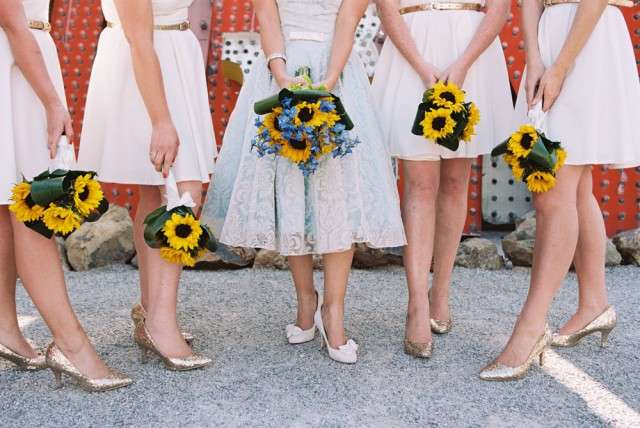 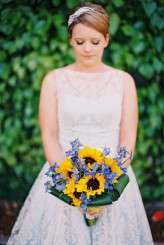 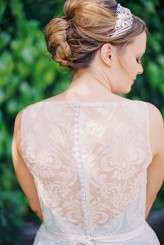 Mike and Manda got engaged in Vegas, so it was only natural that they go back to actually get married too. They wanted a fun and laid back day with no stress at all. They kept things pretty simple and just had fun with it! "Because we had been to Vegas previously we knew how crazy, carefree and fun it was", Manda explained. "We wanted the same ideologies for our wedding so this was the perfect place for us to tie the knot. The whole day exceeded our expectations. We had time to reflect later on in the evening, whilst sitting back in our hotel room looking over the dancing neons on the strip drinking vodka. I think we suddenly realised we had just got married in Vegas - that was quite a defining moment. It was such a significant, romantic and awesome feeling in which everything just connected."

Nay and Oli planned to marry in Vegas on a family holiday in October. "We decided to tie our wedding into a family trip to Vegas for my father's 60th birthday," the bride explained. "The priority for us was no fuss, we’d already hijacked the family holiday, we wanted it quick and simple. We decided to do it this way as I thought it’d be a crime to go to Vegas and not get married, so I proposed to Oli using a ring which a jeweller friend had made, and stuck it in a fortune cookie which I'd made and decorated with our three year old son!"