Anna and Travis were married in Louisville, KY on December 20th. The day had a winter and Christmas theme with lots of homemade touches. “We knew that we didn’t want something formal or scripted for our wedding”, said the bride. “Instead we wanted a big party! Neither of us are one for formal events, and we knew we wouldn’t feel genuine having the cookie cutter wedding. We wanted something laid back and enjoyable that didn’t break the bank and I think we succeeded.” 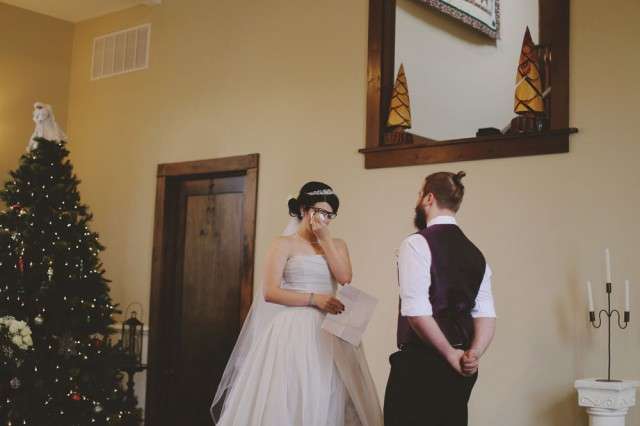 “To keep costs low we DIY’ed wherever possible”, she continued. “My little sister helped a ton with our floral arrangements. My only regret there is we had ordered dark purple flowers and received pink ones. It wasn’t a huge deal for us, but something I wish I would have known was a possible risk.” 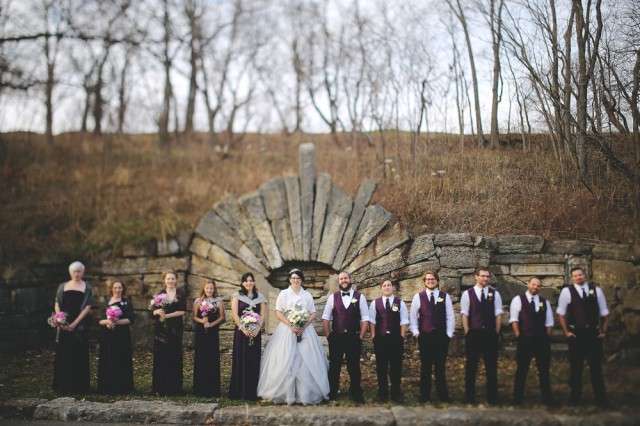 “All of the decorations were created and set up by friends and family, including our amazing centrepieces. The night before the wedding the entire bridal party had a sleepover where we put together hot chocolate favours for the guests. We also had 200 donuts instead of a wedding cake which not only worked out cheaper, they tasted better too!” 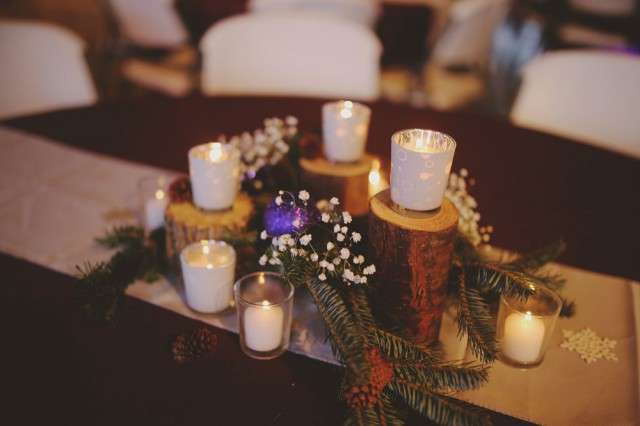 “I cried a lot!”, Anna laughed. “I basically cried the whole time. The second the doors to the chapel opened I burst into tears because I couldn’t contain myself. Seeing Travis down there… I don’t know. I’d waited eight years for it, and I was literally overflowing with emotion. I think I made just about everyone else cry too so that made me feel better. When I began to read my vows to Travis I stumbled like crazy. I had written this over-the-top verbose speech to him (even quoting Keats!) and I barely got past the first few sentences before stopping myself and just speaking to him from the heart. I honestly don’t remember what I ended up saying to him haha!” 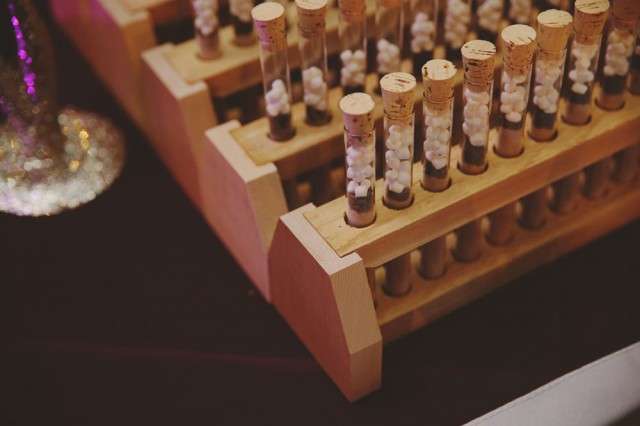 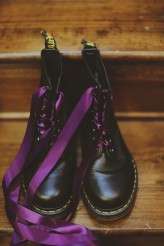 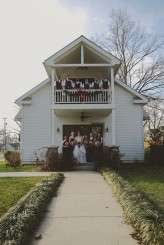 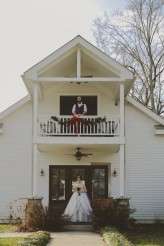 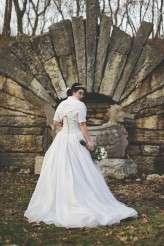 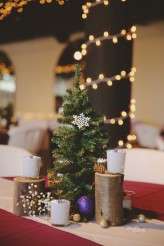 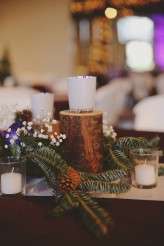 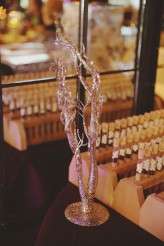 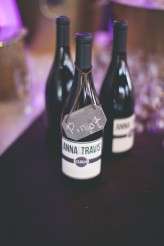 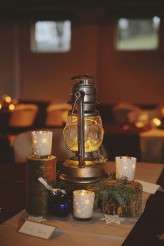 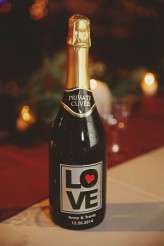 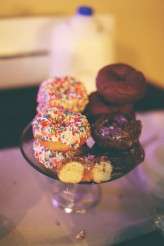