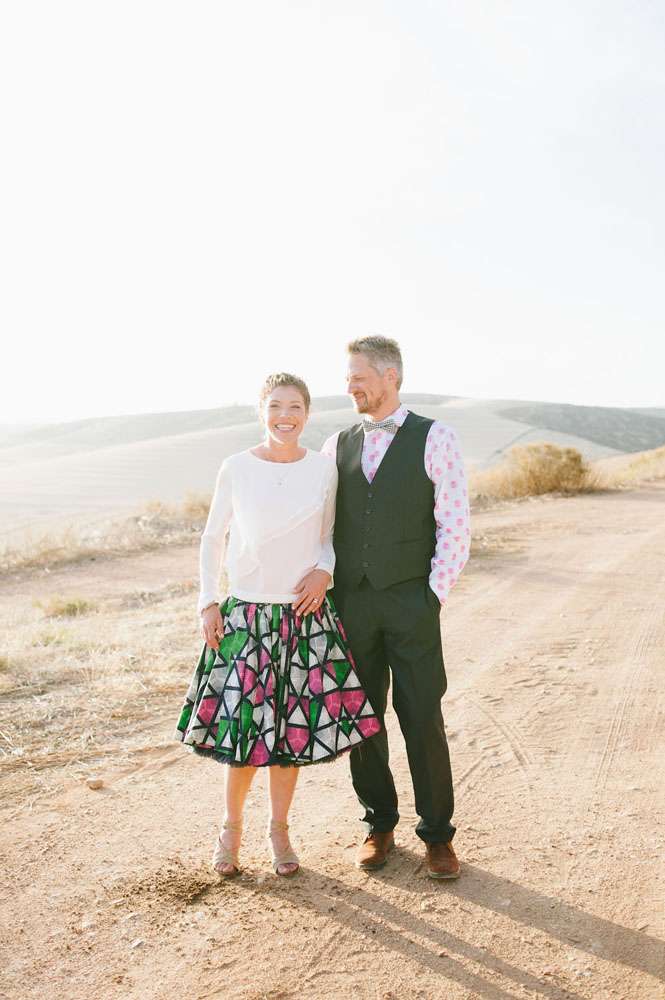 Timo and Kriss were officially married on March 18th. They had an intimate ceremony, just a few of them, and then a bigger Cinco De Mayo inspired reception a couple of days later. The bride wore an amazingly colourful skirt made for her by a friend.

“I am allergic to anything white”, said the bride, “white plates, white cups…drives me insane. I live in colour and am surrounded by colour so we wanted our wedding gold and bright pink! I spray painted vases with gold glitter and ordered the biggest bunch of pink carnations from my favourite florist. I decided to make carnations cool again.” 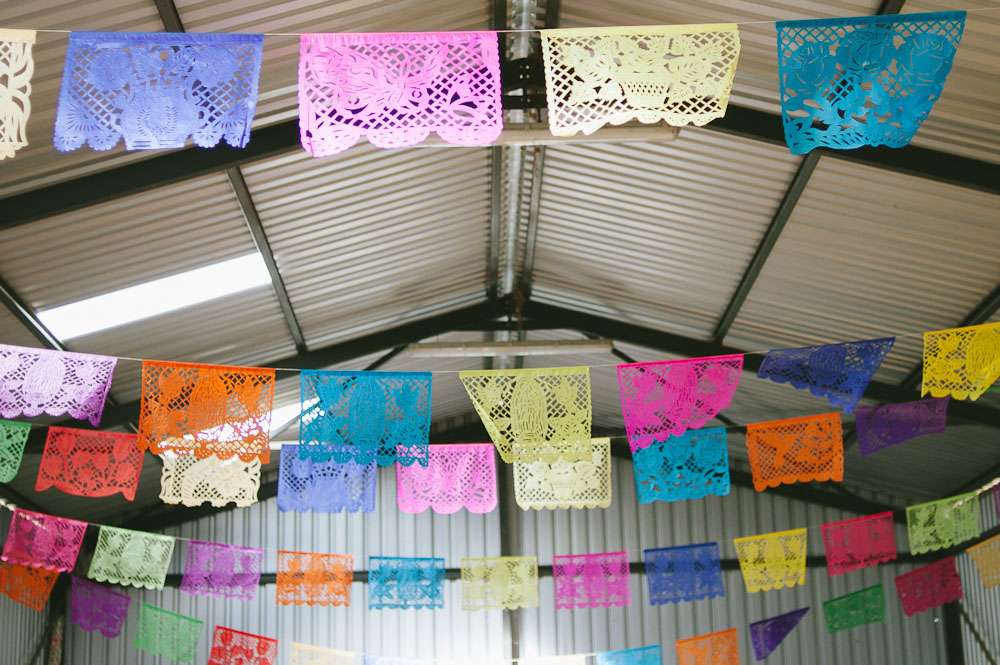 “There was no other way than going with the Cinco de Mayo vibe. In November 2014 we both ran a race in Chile, and as soon as we got there and had dinner in a small café with plastic table cloths, mismatched cutlery and plastic flowers, I knew this was how I wanted our wedding one day!” 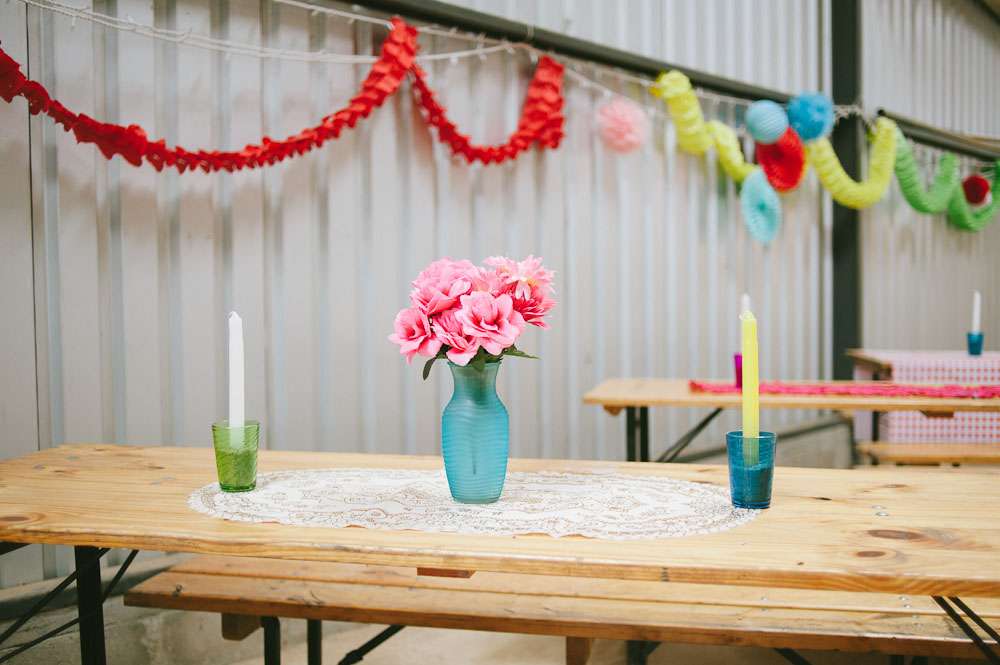 “This was a no frills no hassle party”, she continued. “Guests helped themselves to wine and beer of whatever they felt like drinking. It was a party, and not a stiff sit down reception with a 100 speeches. I spend most weekends in the run up collecting interesting plates, pom poms from China Town and hospice shops for the wedding. Our biggest expenses were food, wine and music – all the essentials!” 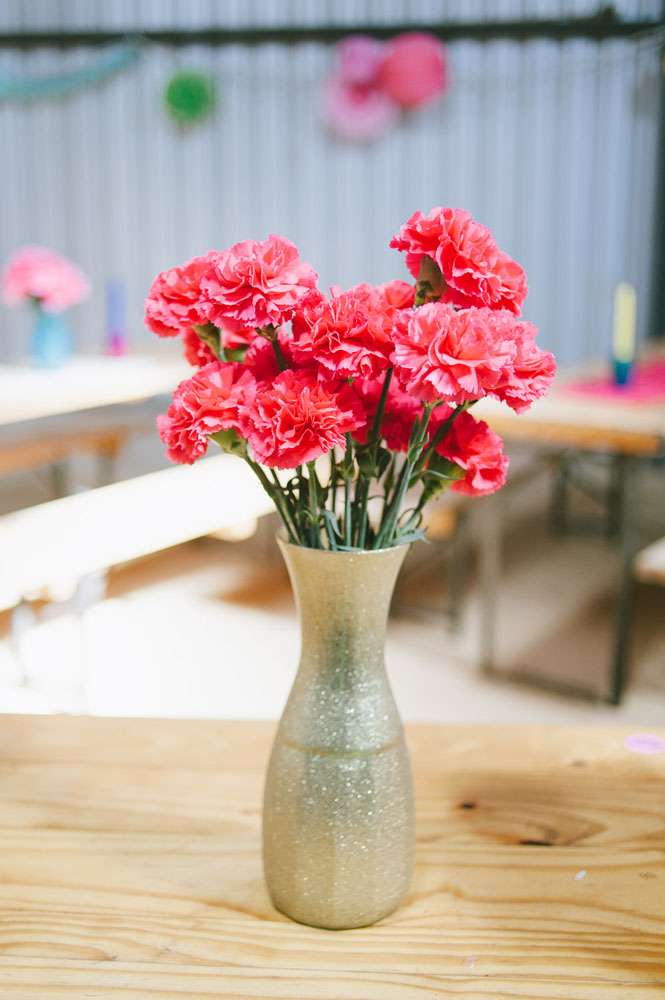 “The best decision we made was to have a small private wedding ceremony, with only a few friends and family”, she concluded. “Dinner was held on a guest farm with one long table for the 18 of us. Everyone could talk to each other and it also gave Timo a chance to meet some of my friends and an aunt or two.” 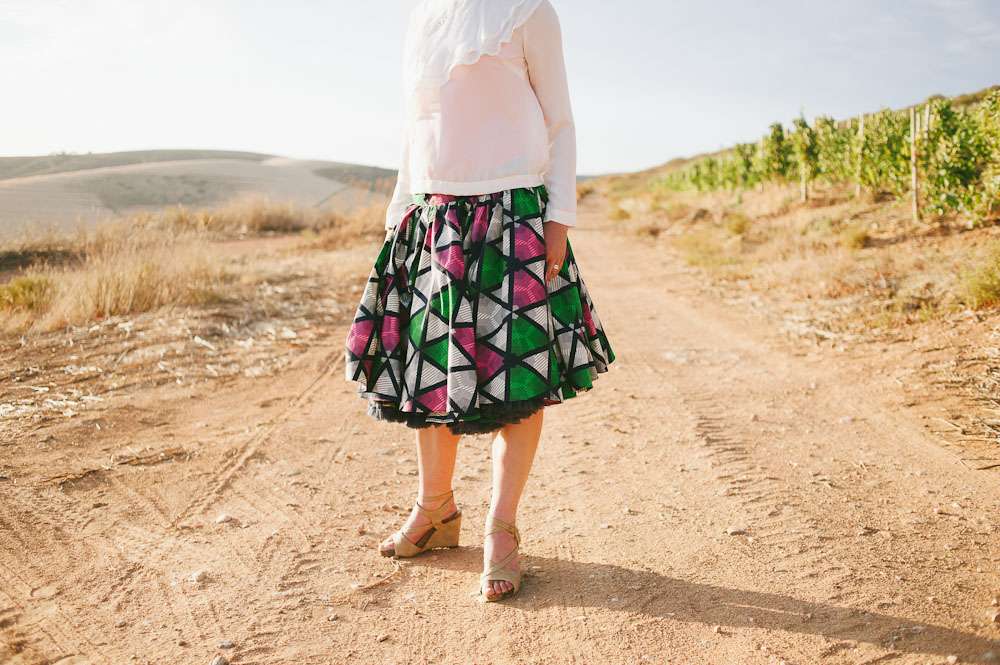 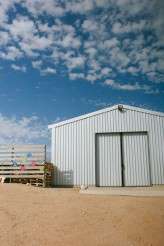 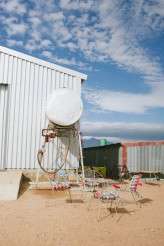 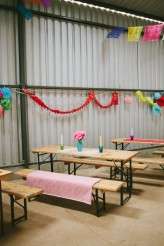 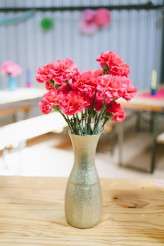 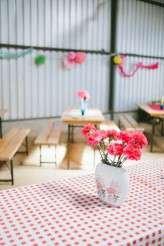 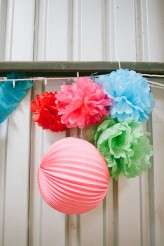 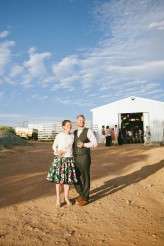 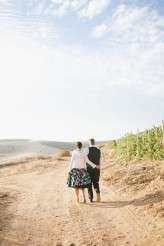 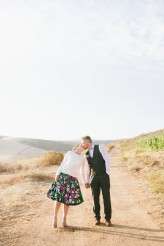 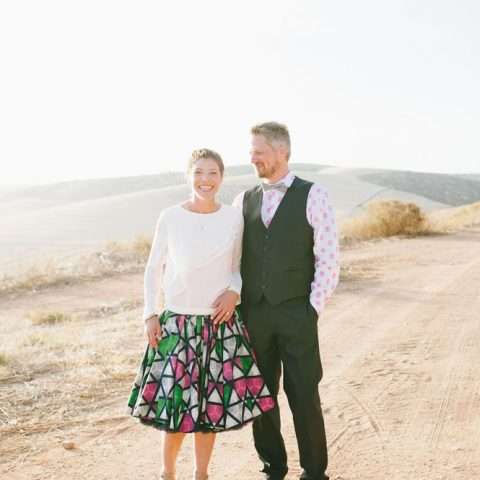 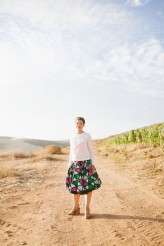 There are some weddings I see where I wonder if it's actually photo shoot with models. Tyrone, Camilla and their whole wedding party are so goddamn stunning, they almost don't seem real!

Describing their day to me as a 'pants themed wedding' didn't fill me with the utmost confidence about what Candice & Mark's South African shindig might look like... but I'm pleased to report that my fears were unfounded. Pants themed weddings rock!