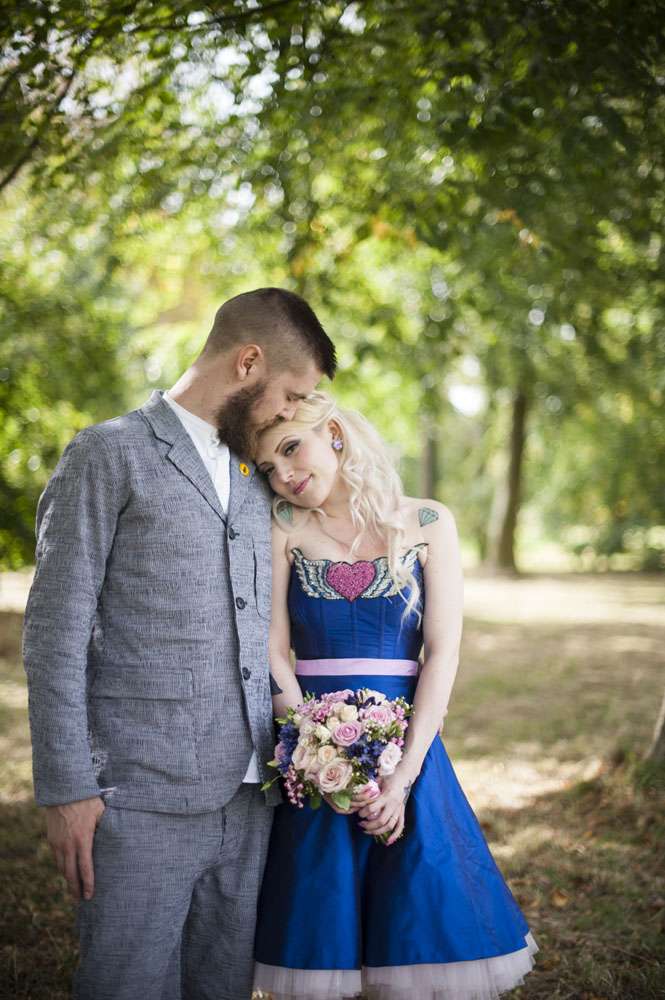 Happy Sunday one and all. I got back from my Vegas trip yesterday afternoon and I’m up early and raring to get back to work. I don’t know about you, but as much as I love to travel, I almost love to come home even more. Getting back into your routine after a week of excess is quite the simple pleasure! I’ll be writing a much more detailed post all about my trip stateside soon (I have some epic Vegas recommendations for those of you that might be getting married or honeymooning there) but for now I wanted to close the week with yet another beautiful wedding. 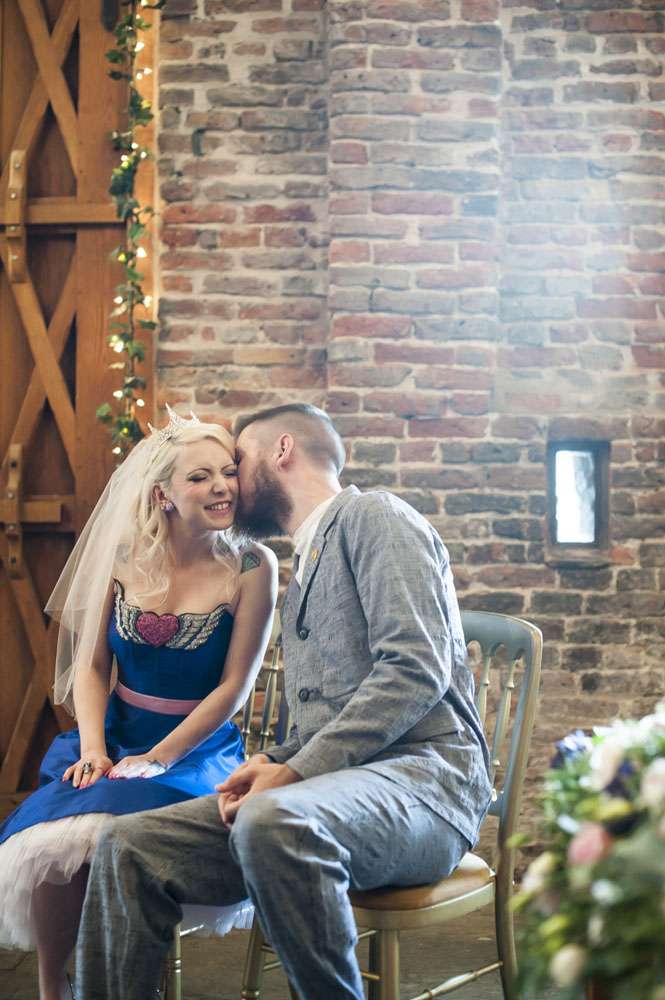 Charlotte and Bryn were married in Churchtown, Southport in September. The bride always knew she wanted to wear a blue wedding dress and so this was the starting point for their day. “We didn’t really have a theme in mind for the day. I’d always had my heart set on a blue wedding dress and it came apparent very quickly I needed to find a dress shop that shared my vision”, she said. “Jo at The Couture Company was the perfect choice! My dress was the first thing I sorted out so the colour scheme came from that. We had no dress code and invited our guests to wear whatever they felt comfortable in and to wear trainers. Bryn’s uncle got a pair of Adidas embroidered with B C 12/09/14 which was a lovely touch!” 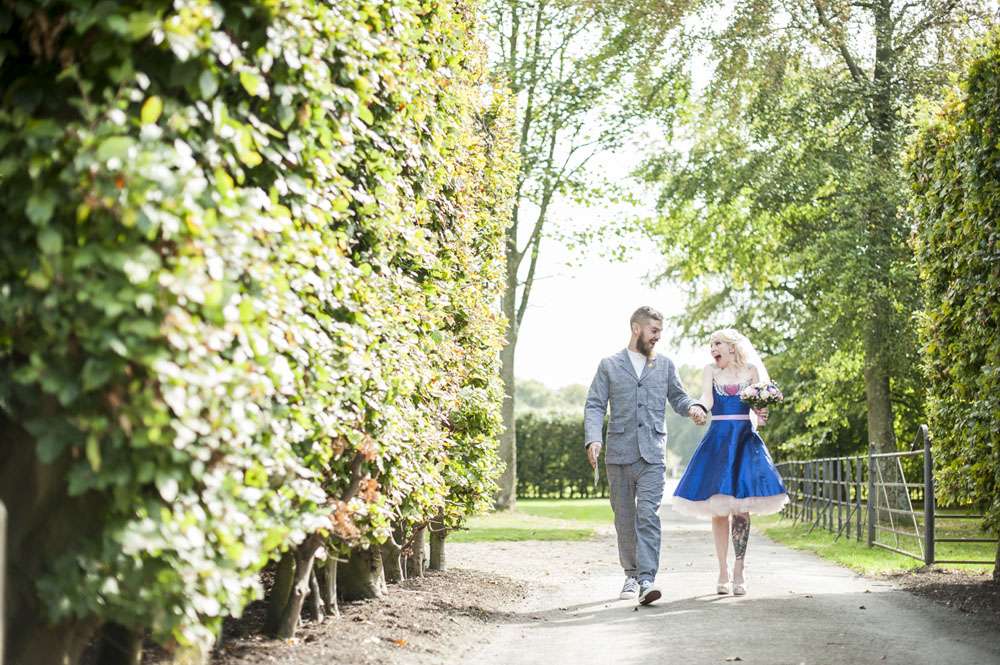 “Everything else we chose was just a reflection of us. We wanted everything that we liked and nothing we felt we were supposed to have. Every aspect was very personal to us as we wanted our guests to know that they were at our wedding without having to see us. It seemed that our personalities could be easily lost in the formalities of a traditional wedding and our day was going to be anything but formal.” 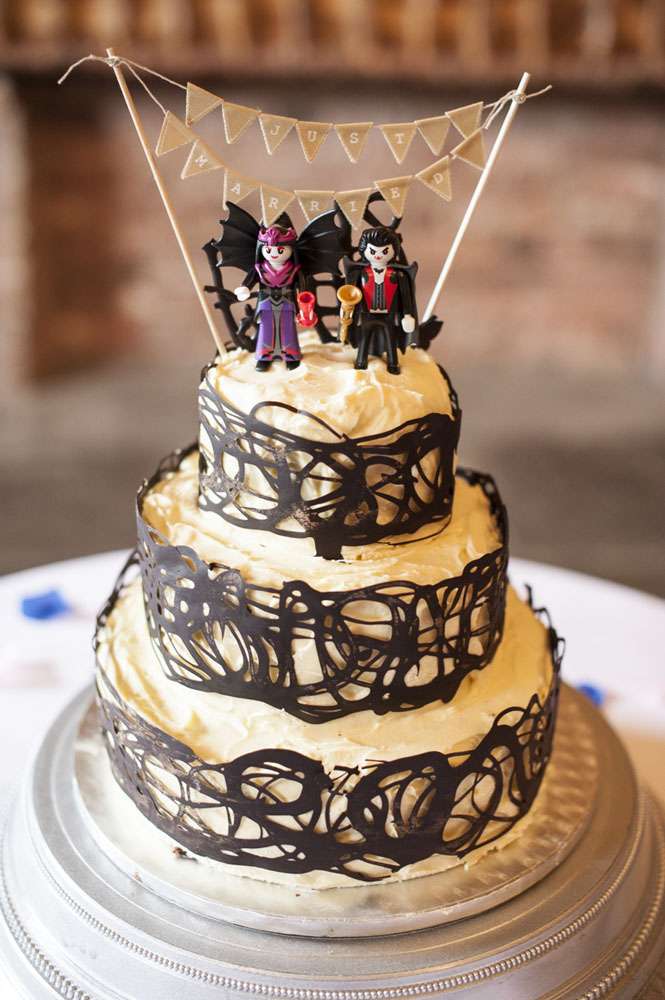 The bride and her best friend did plenty of DIY for the wedding. “My best friend Ellie designed and painted the picture for our wedding invitations and order of service which I then had printed”, Charlotte continued. “The seating plan was a joint effort between the two of us. The post box for our guest cards was a blank white box which I decorated with the Mandala pattern Bryn and I had tattooed on our left hands a few weeks before the wedding. The cake Bryn’s dad and wife made for us was from a Great British Bake Off showstopper chocolate wedding cake recipe they found on the BBC Food website. I also spent hours making heart shaped confetti from second-hand Harry Potter books only to find out the venue didn’t allow paper confetti. So I put some in each invitation we sent out and then got lots of texts saying everyone kept finding bits of it all over their houses. We asked our guests to RSVP and include a song of their choice, if they were attending, to be played at the reception.” 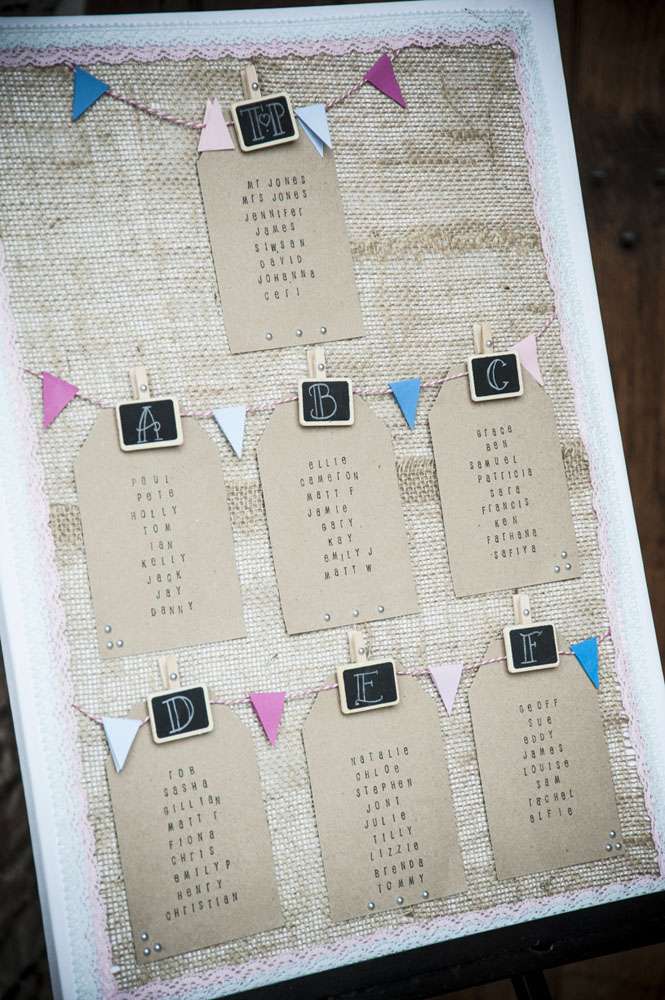 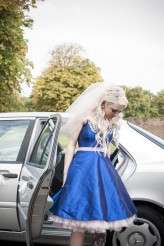 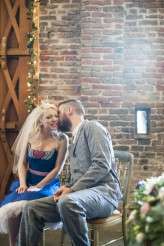 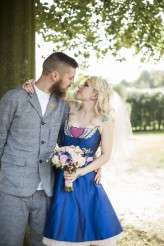 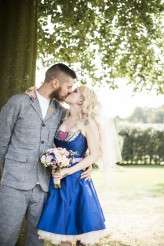 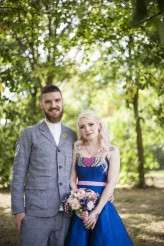 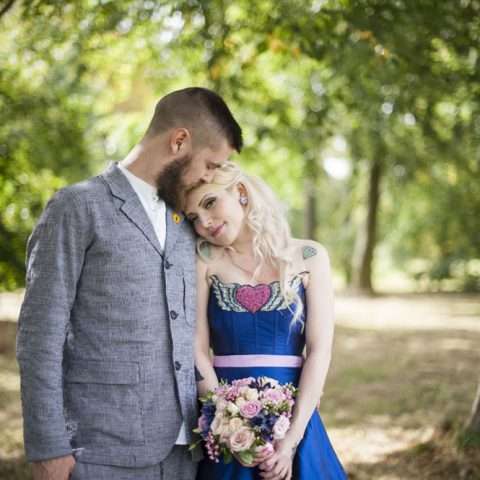 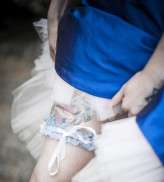 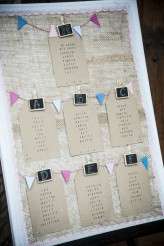 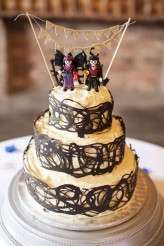 I've been looking forward to seeing and blogging Rachael & Aaron's wedding for so long! So we first met when they came to a party I hosted for my blog readers. We were all nervous (especially me who had 200 people to talk to!) but I loved sharing paint pot cocktails with them and hearing about their wedding plans. Our paths crossed a number of times after that; at wedding fairs, at my blogging workshop and of course on Twitter! Rachael is probably one of my most loyal and awesome twitter followers! We spoke online so much they I really felt like I was a part of their wedding. That's one of the most rewarding things for a wedding blogger like me!