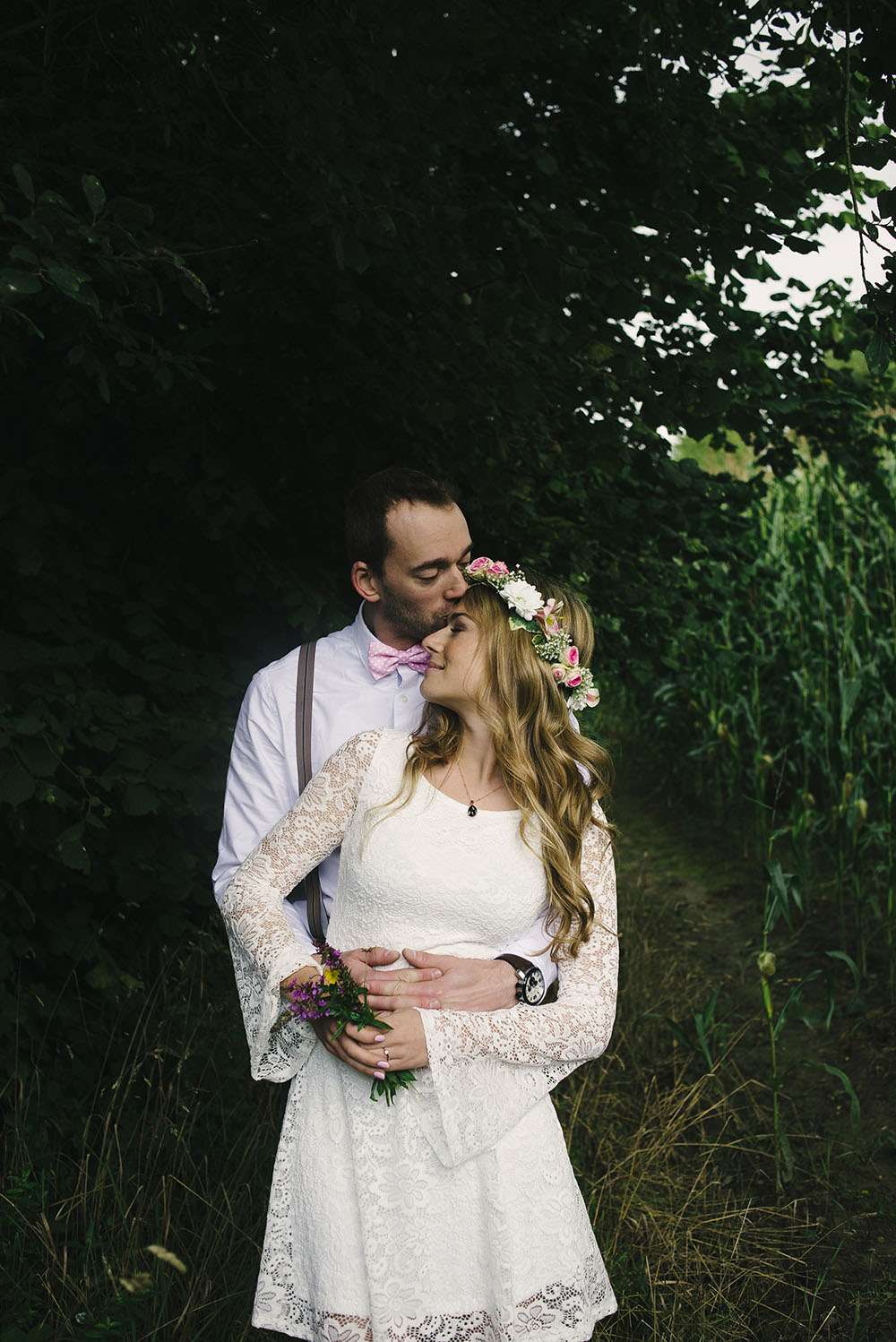 For Roxane and Pierre, a relaxed homespun wedding was perfect. Their small ceremony was held at city hall, and they hosted the reception in the bride’s house. “Pierre and I met in Qatar, where we both work as airline pilots”, the bride began. “Everything happened very fast and after eight months together we decided to move in together. The only problem was that you are not allowed to live together without being married in Qatar so we decided to get married!”

“We organised everything in 6 months”, wrote the bride. “We wanted to do a picnic in a field very close to my house in Belgium, because it’s a place that I love and we both love nature. For that reason, everything had to be simple, especially as we both live so far away. Our priorities were having our families and close friends there, and lots of cheese, wine and champagne!” 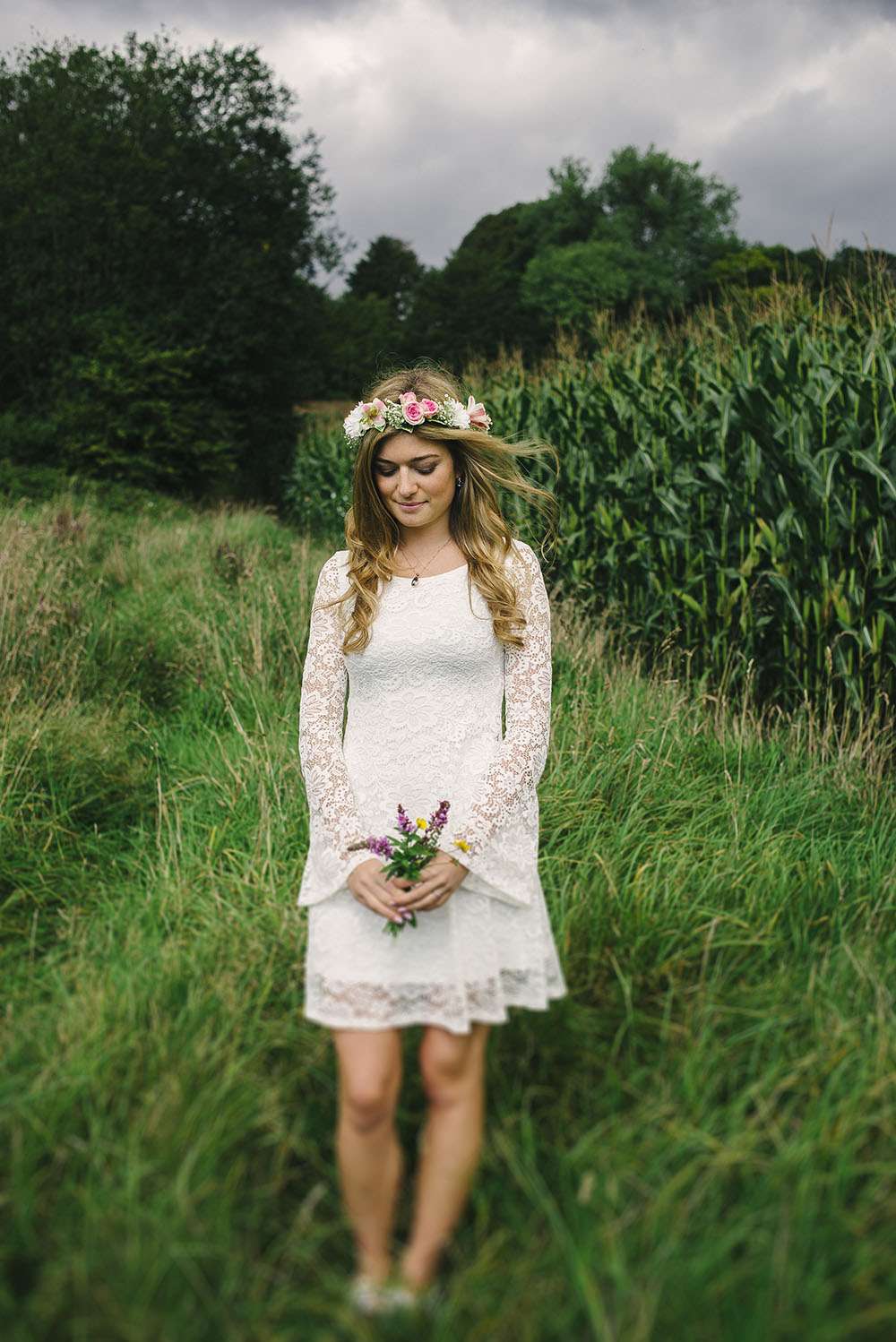 Roxane wore two beautiful lace dresses, both super affordable. Her long sleeved ceremony dress was, unbelievably, from H&M and her reception one was from Lookbook Store. “I wanted a short dress that looked simple”, she said. “I found one in H&M that I liked, but at first it didn’t feel like ‘the one’, and then I found another one on Lookbook Store. I loved both of them and I didn’t know which one to wear so in the end I wore both!” 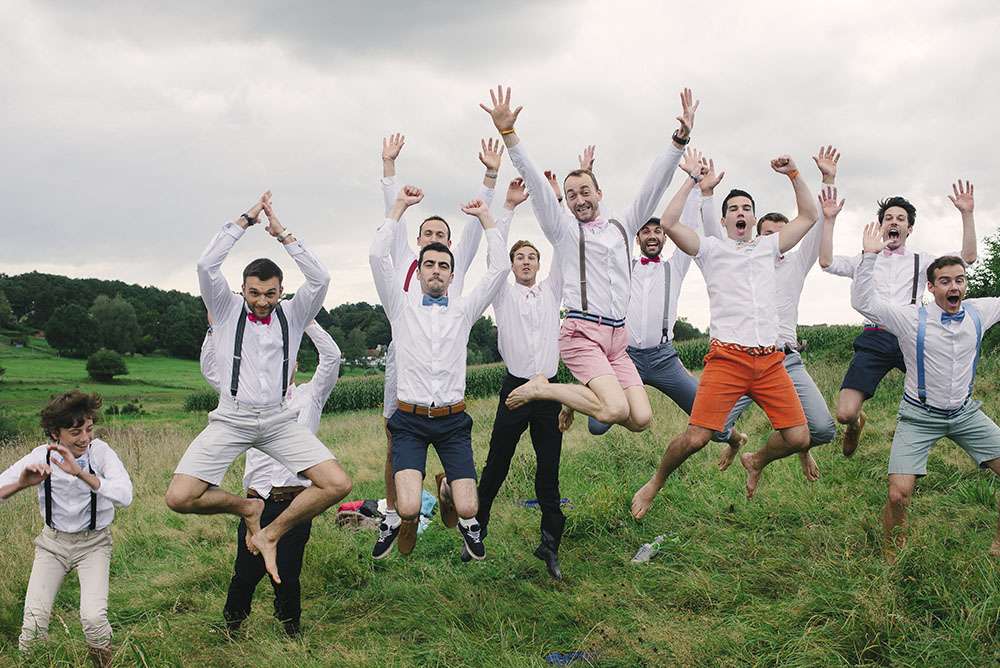 “I didn’t have any bridesmaids but Pierre had groomsmen and we decided to ask them to wear a bowtie and shorts. The bowties all came from mrsbowtie.com. We wanted them to look fun and casual.” 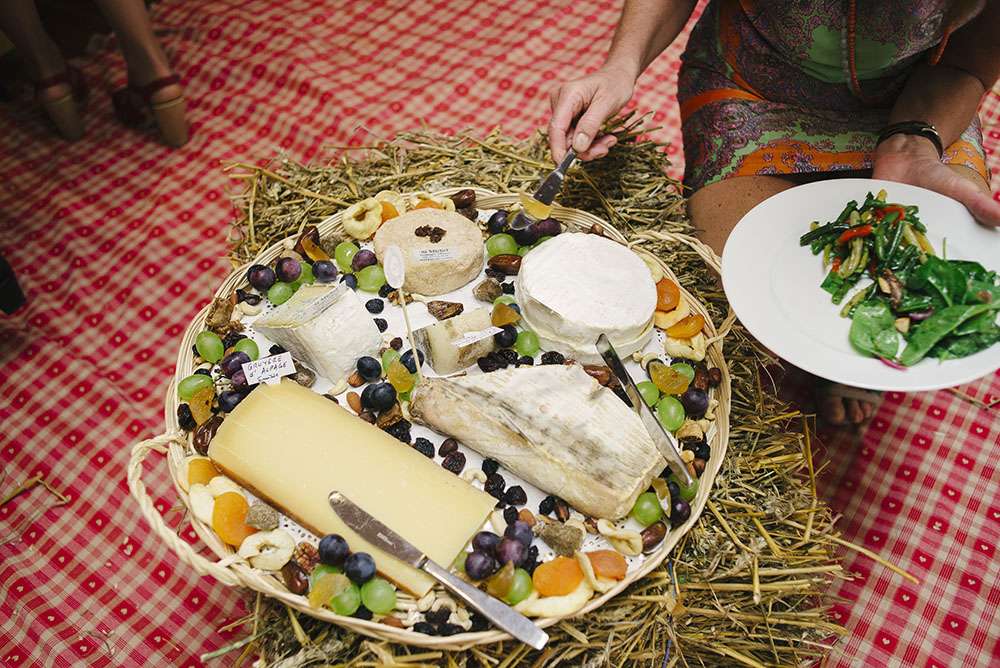 They saved a lot of money by skipping all the traditions they didn’t care about. They had no bridesmaids, made their own cake and did all their own stationery and paper goods. They didn’t add any more décor items to their house (it was pretty enough on it’s own!) and the served picnic style food. They also didn’t have any entertainment, just music playing in the background. This added to the chilled out, house party vibe. 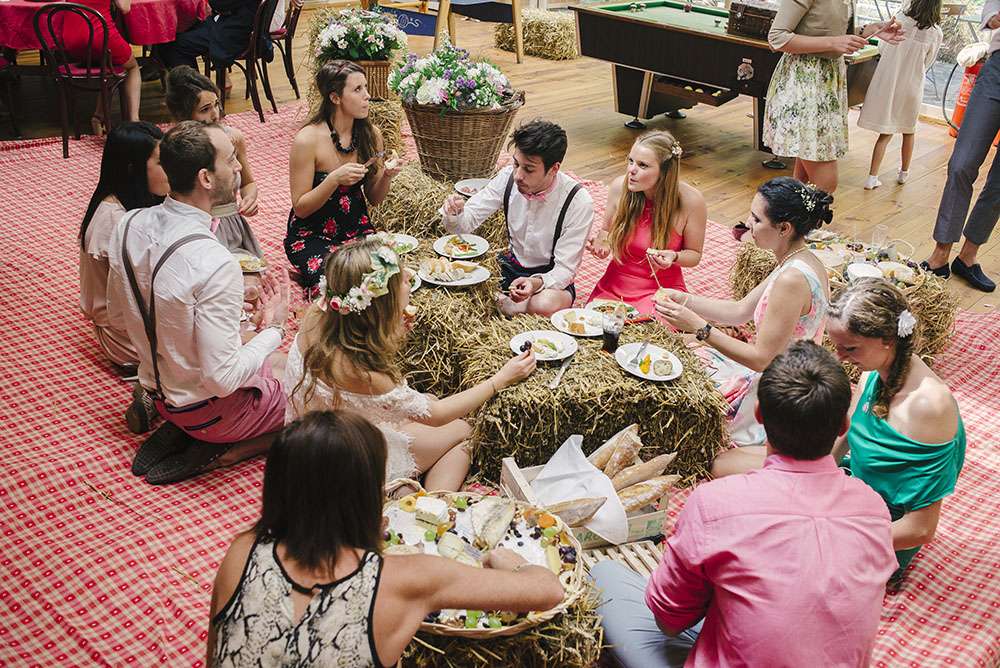 “As we were getting closer and closer to the wedding, the weather was getting worse and my idea for an outdoor picnic wedding didn’t seem like it was going to happen”, she continued. “We had to review our plan and in the end we had the picnic inside! We put a big blanket on the floor in my living room and straw bales everywhere in the house. It actually ended up looking amazing!” 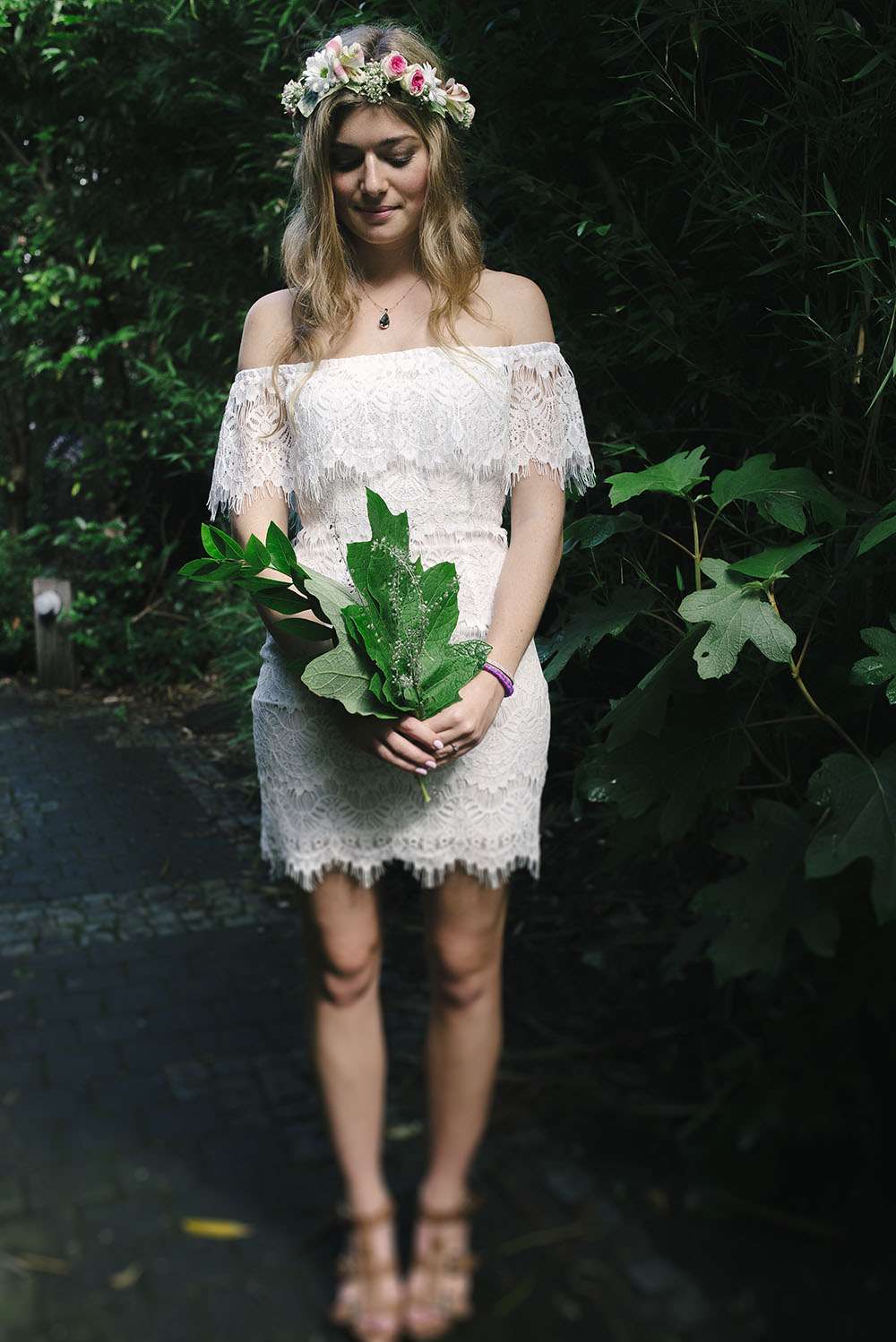 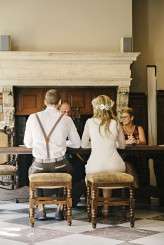 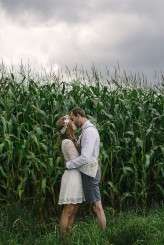 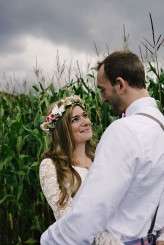 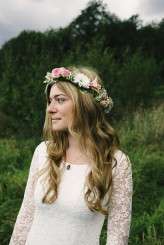 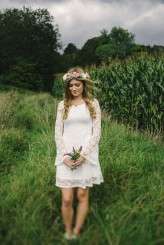 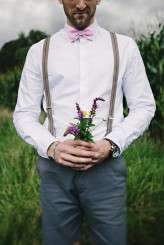 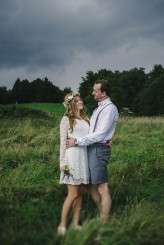 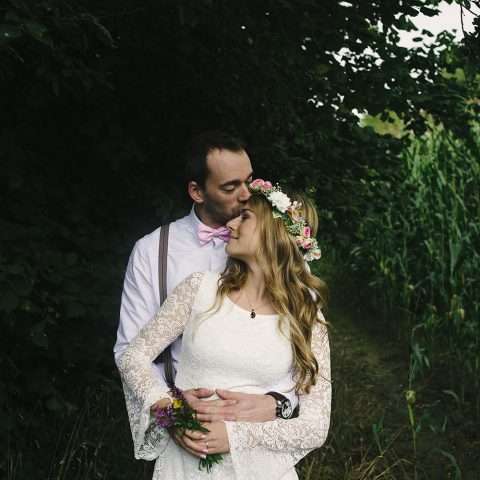 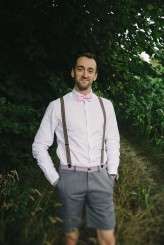 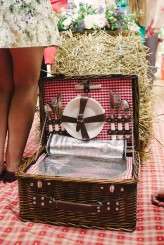 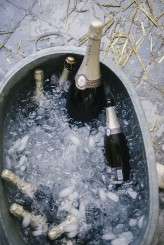 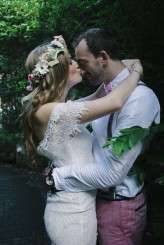 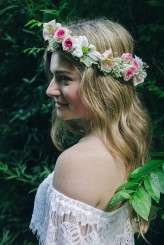 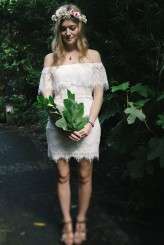 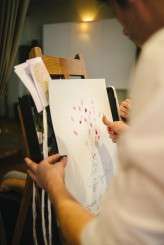 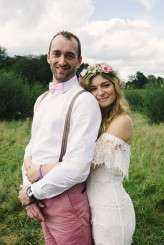 I can't say I ever remember featuring a Polish wedding on my blog before, but if this is the kind of standards they're setting, then I seriously should be posting more of them! There's so much wedding gorgeousness in these images I can hardly contain myself. Martyna & Piotr were married in Warsaw. The ceremony was held at Jablonna Palace and the reception was at U Różyca, a private farm just outside of the city and right by Lake Zegrzynski. The reception was basically one big party! Laid back, unpretentious and with everyone pitching in to help.

Patrick and Jessica were married June 29th with a budget of under $5000. They planned everything themselves and the bride's uncle conducted the ceremony.