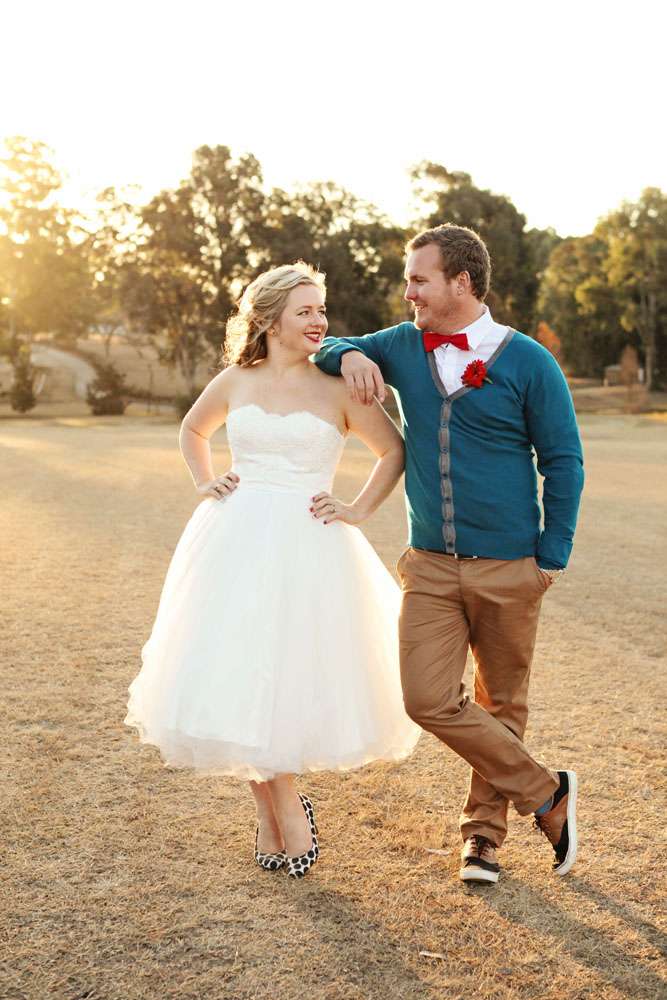 Guy and Kirsty had a 1950s themed wedding and everyone dressed up… including every single one of their 282 guests! “To state the obvious, we had a 50s theme and the dress up was compulsory for all guests too”, began the bride. “They all went to town and it rocked my world!” 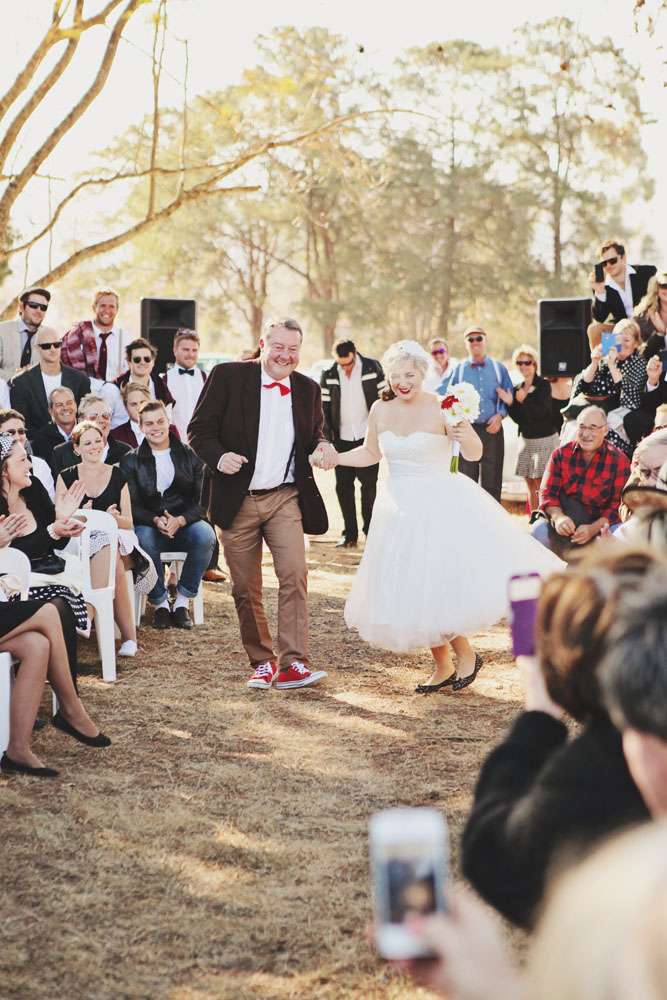 “I really wanted our wedding to be a celebration and a good old fashion party! So we had a vibey ceremony with a mini flash mob supporting our dancing down the aisle. This was a complete surprise for my groom! Watching his absolute surprised face whilst he shed tears like no man’s business as we bopped our way towards him was my favourite moment of the whole day.” 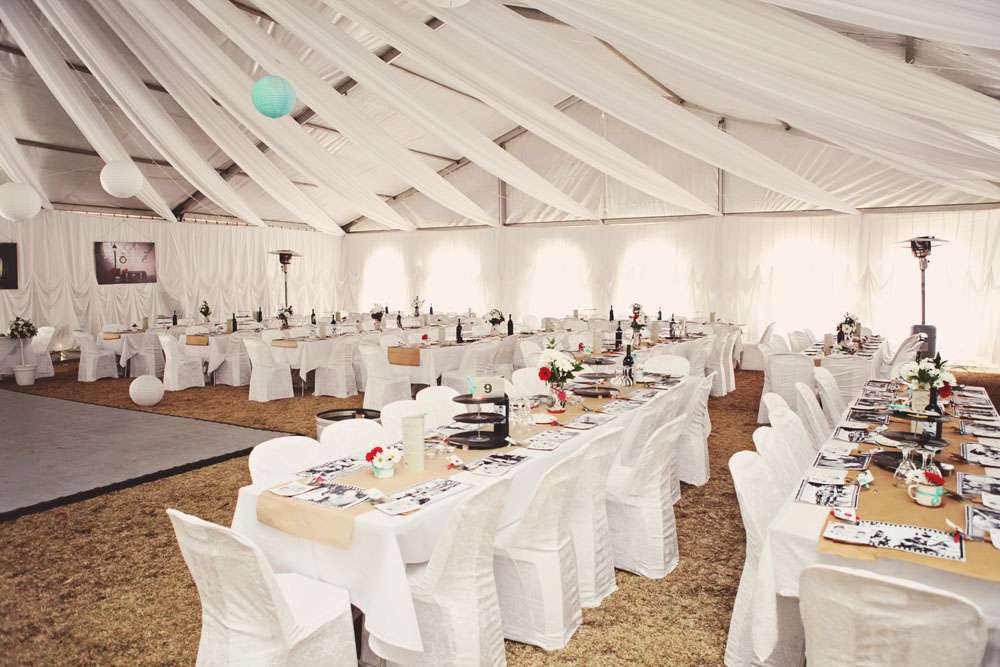 The wedding was held at Harding Cricket & Rugby Club in Harding, a farm town in KwaZulu-Nata, South Africa. “For our décor we had six large pictures printed as a backdrop and added and 50s themed items to create little scenes”, she continued. “We used actual magazines from the 1950s to decoupage all our décor including vases, backdrops and the table seating board. Our photo booth was two boards with pictures strung up between them and a few props.” 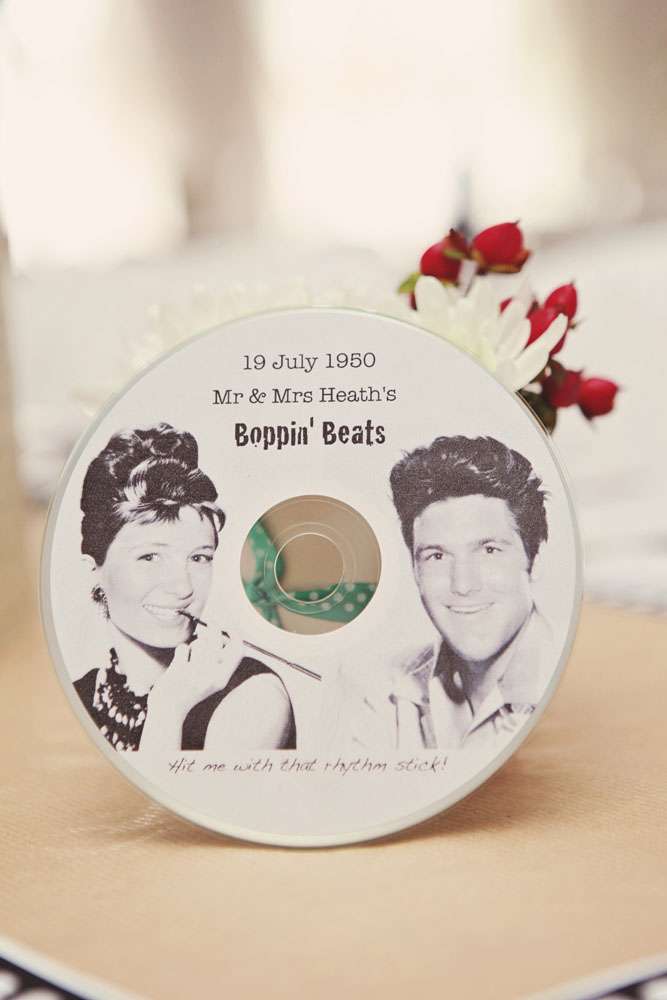 “There were two things I really fussed over like a true Bridezilla; the cd party favors and the personalized name tags. The mp3 CDs were a mix of ‘oldies, newbies and greaties’ and each guest received one. The name places, which took my friend and I forever to Facebook stalk, was each person’s face and name photoshopped into either Elvis’ face (boys) or Audrey Hepburn’s face (girls). With such a large guest list this was a real labour of love!” 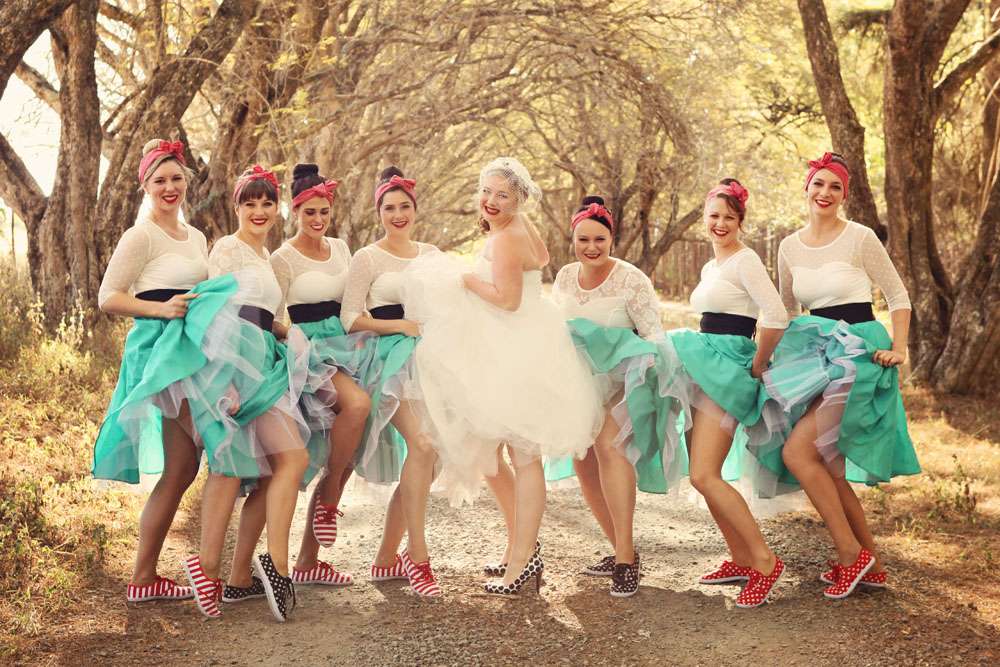 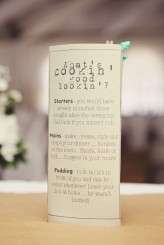 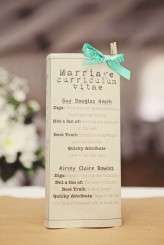 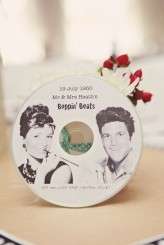 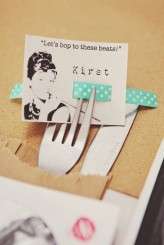 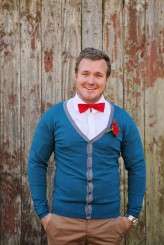 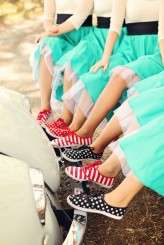 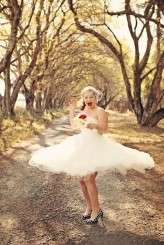 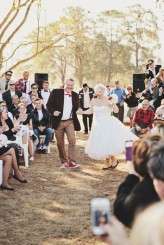 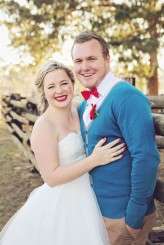 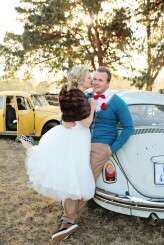 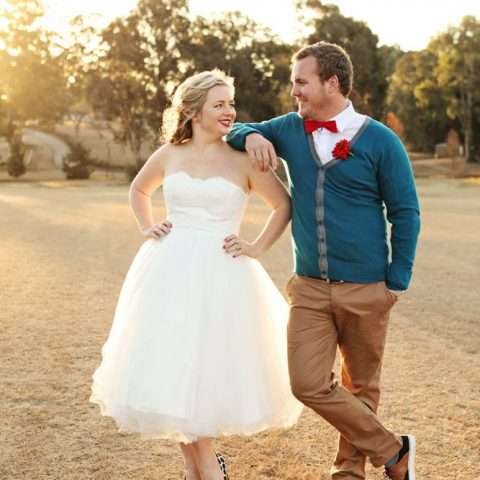 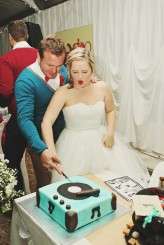