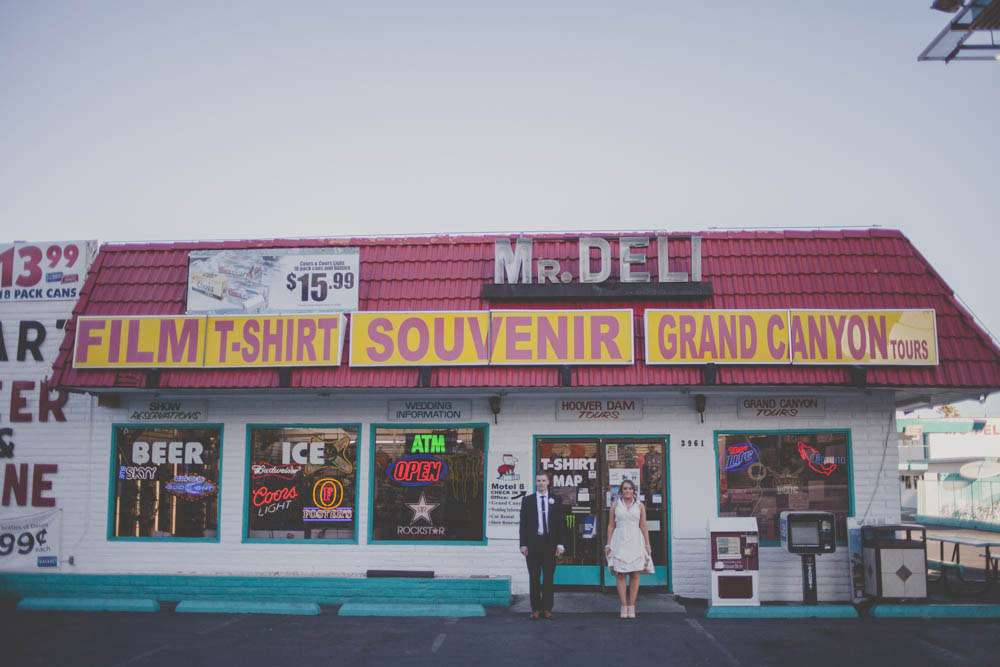 Being a wedding photographer herself, there was one big thing at the top of Kerry‘s wedding must-have list – a great photographer of course! They picked Sally T for the job and they all flew out from the UK together. They ceremony was held at the Chapel of the Flowers and was officiated by – who else – Elvis! They didn’t have a formal reception but just partied out and around Freemont Street. 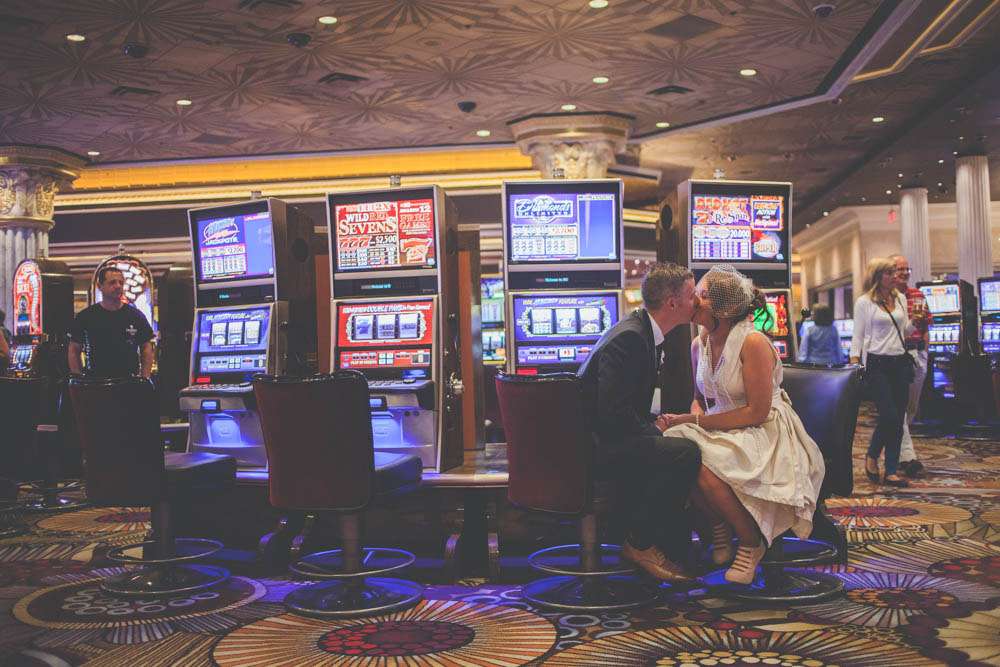 “Well you don’t get more Rock n Roll than Elvis!” laughed Kerry. “The whole day was just crazy from start to finish. Me and Rob met up and had a first look before the actual wedding in the middle of a casino. Then we went off around Vegas for some couple portraits with Sally. This was loads of fun and took the pressure off massively! By the time we were making our way to the chapel it felt like we were going as a team.” 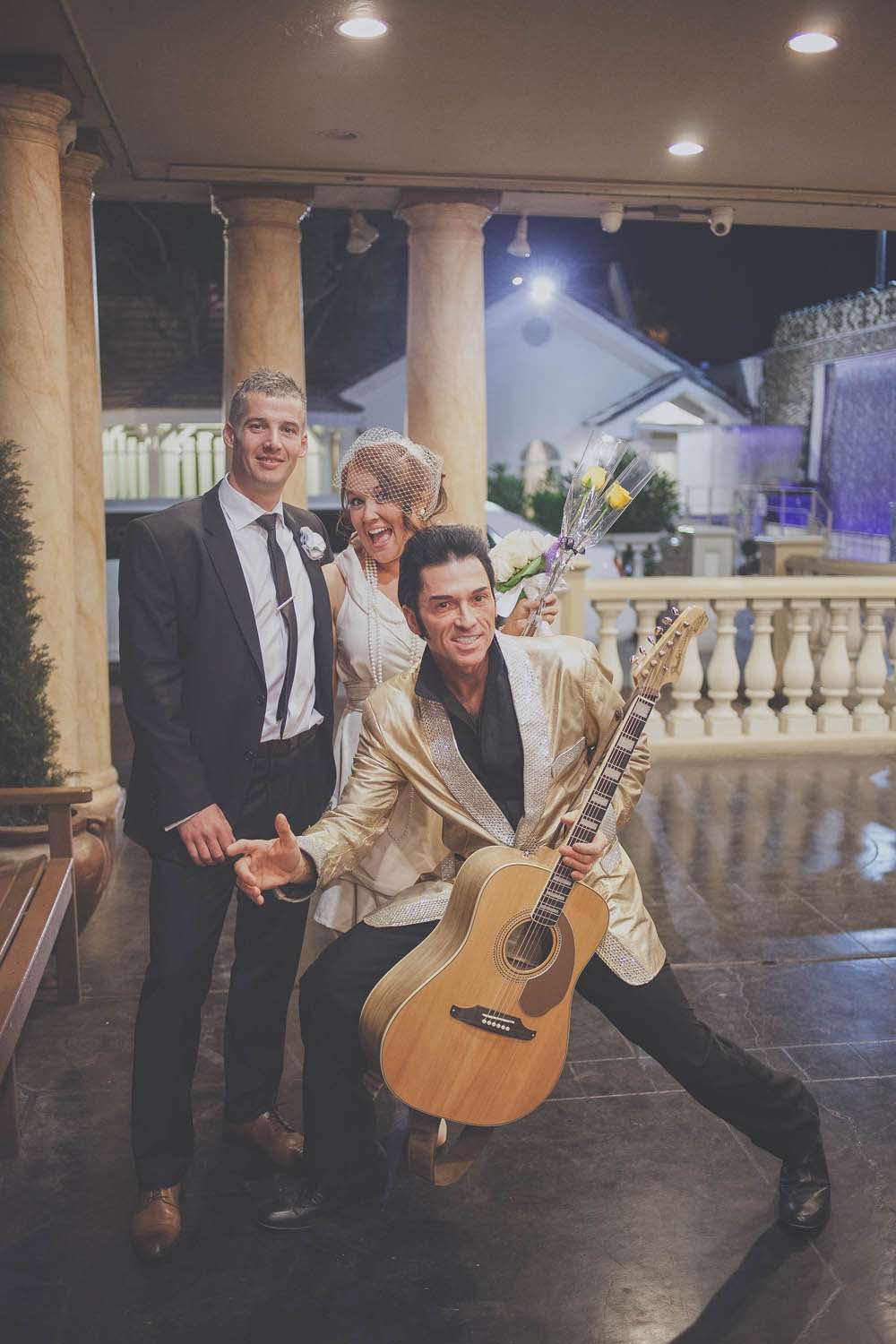 “We were both actually dreading the ceremony. Neither of us are very religious and we didn’t want anything too serious as we don’t actually take our lives very seriously! Well we couldn’t have asked for anything better. After we danced down the aisle to ‘Devil in disguise’ and said vows like ‘I will never step on your blue suede shoes’ everyone just laughed the whole way through. Amazing.” 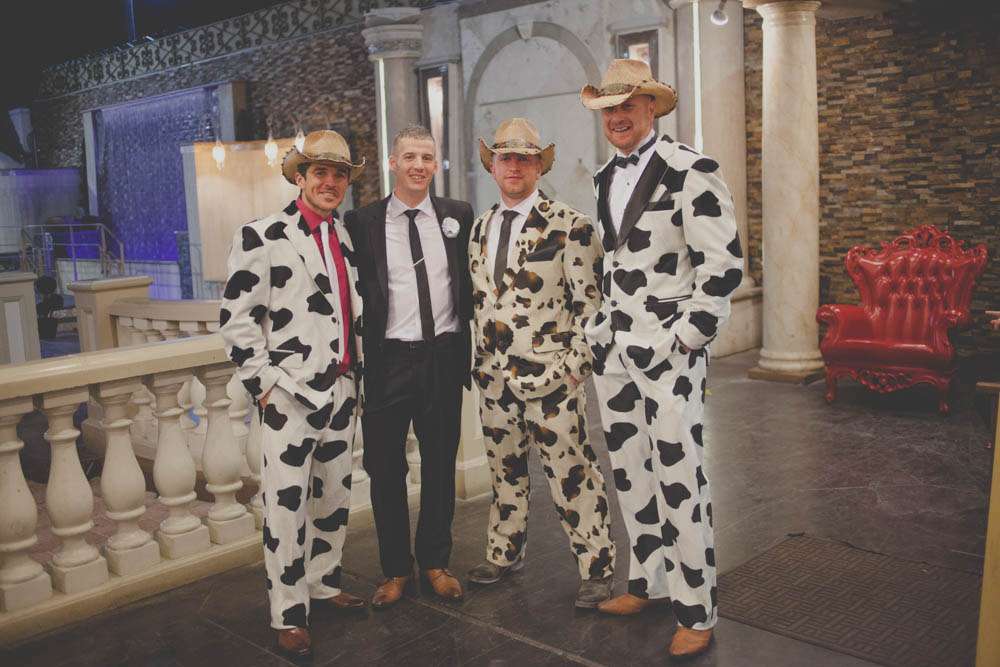 “The groomsmen in the cow print suits have definitely been a talking point”, she continued when I asked if there was any significant moments from the day. “We weren’t too fussed about the groomsmen having matching suits so I just asked them to wear a suit they already owned..  little did I know that they all already owned 3-piece cow print suits!!” 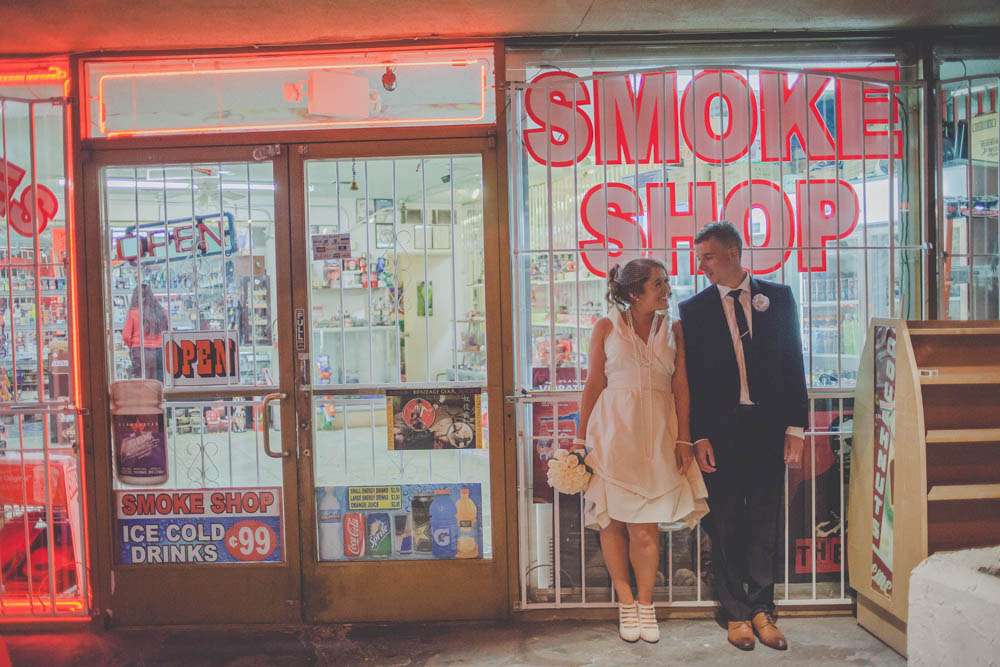 “I think our favourite part of the day and night was the party on Freemont Street afterwards”, she continued. “It was just absolutely crazy. There happened to be a biker convention on the same night so the street was just packed full of American Bikers and us in wedding attire. We were a little unsure as to how it would go down but everyone loved it, even the parents were raving away in street.” 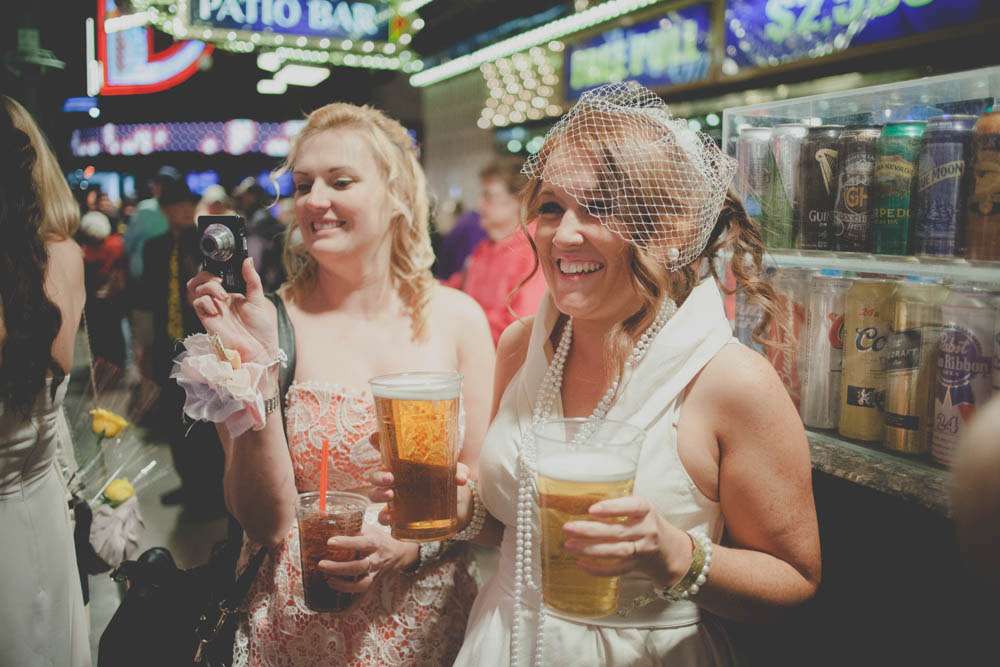 “We definitely saved a huge amount of money by not having a sit down meal. I looked into it but it was just something that wasn’t important to us so we spent the money elsewhere. We got married late anyway and everyone knew that there wasn’t going to be a formal reception and they all seemed happy with that. I actually ended up in McDonalds in my wedding dress at around 3am! Haha! It’s Vegas!!” 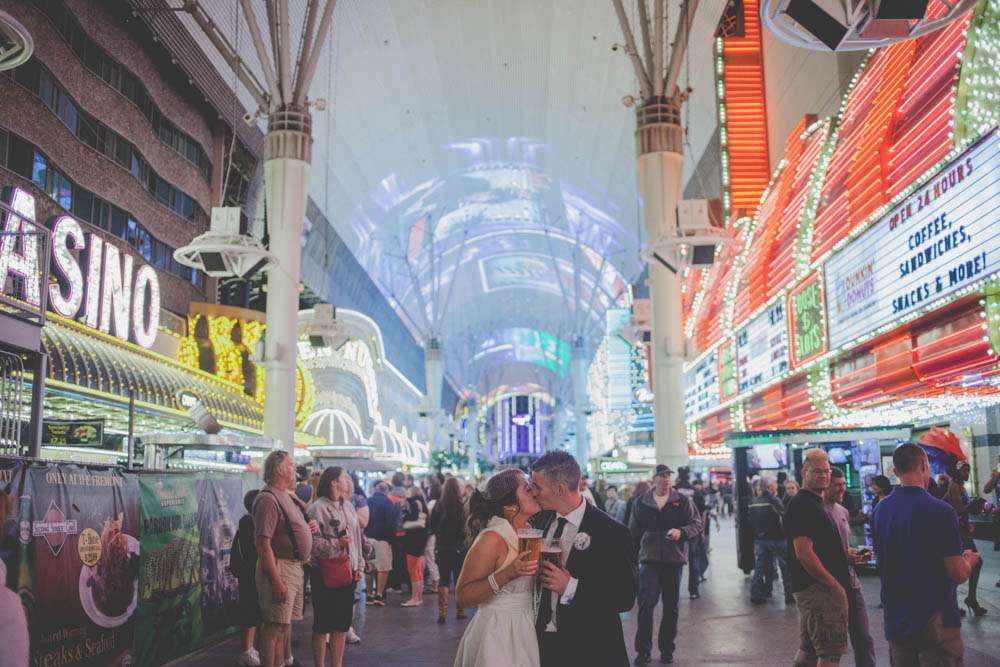 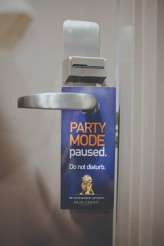 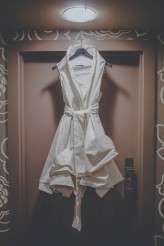 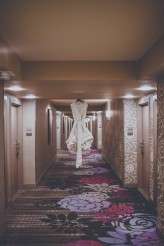 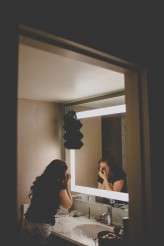 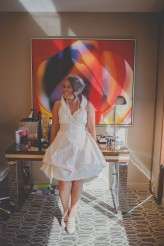 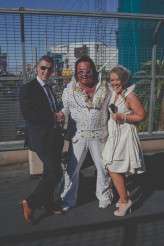 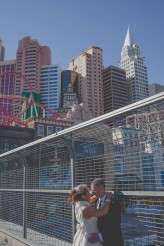 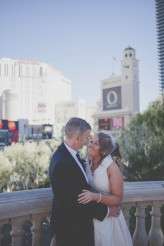 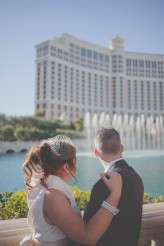 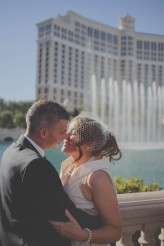 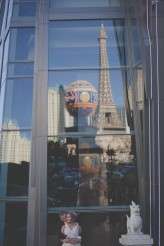 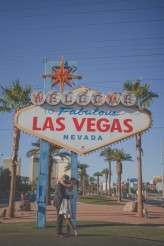 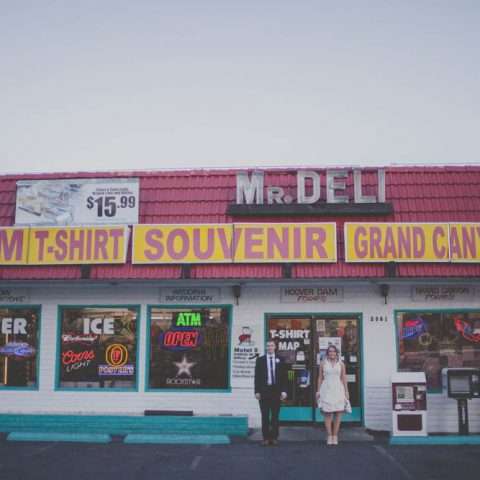 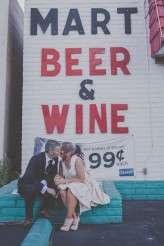 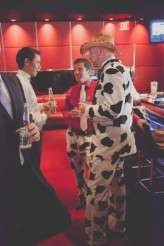 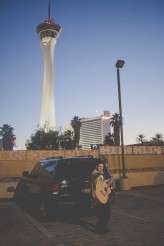 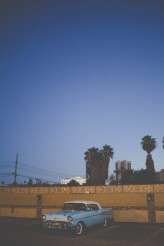 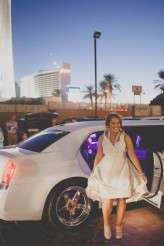 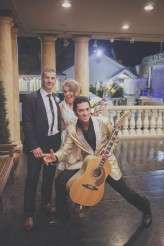 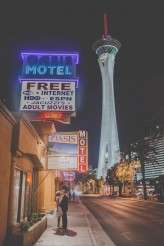 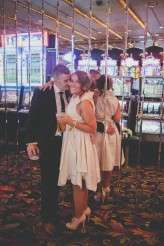 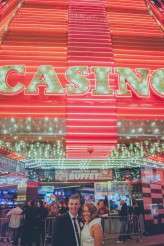 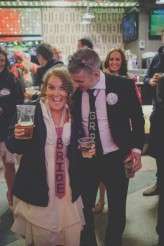 Pia and Chris met through their mutual love of Rock n Roll, when they were both using the same recording studio. Pia ended up joining Chris' band and they've been playing together ever since.

Holly and Ged were married in Vegas in May and had a mega pool party reception at home in July.