Tara and Ryan are already married, but as an anniversary gift to each other they wanted to have some photos taken while they were in around Scotland. This adventurous couple have travelled the globe together. They’ve lived in the desert in Dubai and the freezing cold of Canada.

“One early morning in Edinburgh, when the city was finally quiet, we all set out to the streets to take photos of Tara and Ryan dressed in their own creations in a steampunk theme”, wrote photographer Erika. “They were inspired by the costumes of Wicked the Musical for their outfits as well as Sherlock Holmes (old and new), and her love of literature, theatre and dramatics.” 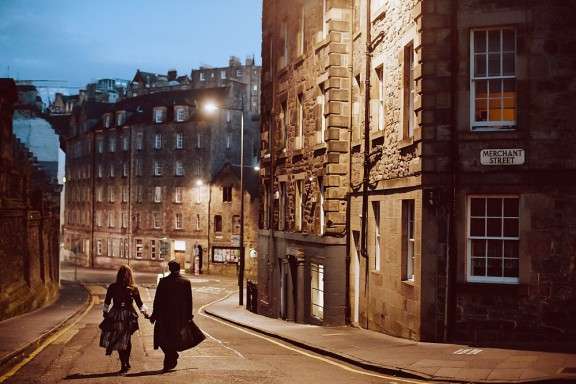 “Her sister Tiffany is a crafter extrordinaire and she helped them create their looks. Implementing a little Scottish heritage with Ryan’s plaid tie for the MacLean Clan which is Tara’s Family Clan, and Tara wearing a modern purple tartan skirt. She found shoes from the turn of the century on eBay (although they were quite worn in, they still looked prefect!) and Ryan got steampunk goggles on eBay as well.” 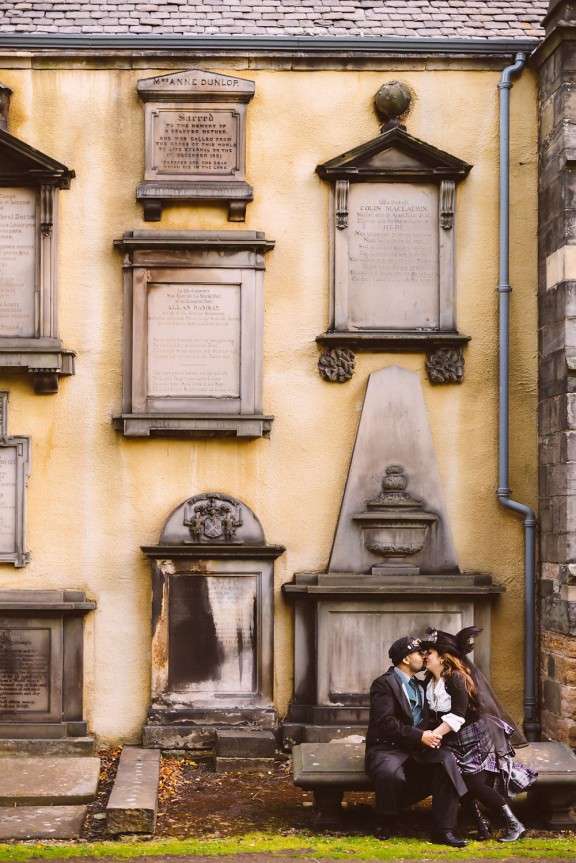 “Tara had a custom hat created in London by the Victorian Hatter. During the photo shoot we photographed them on some of the oldest streets and alleyways in Edinburgh, as well as in the GreyFriars Kirkyard. This shoot was so fun, I wish more couples would dare to be more theatrical. It makes for some truly unique imagery.” 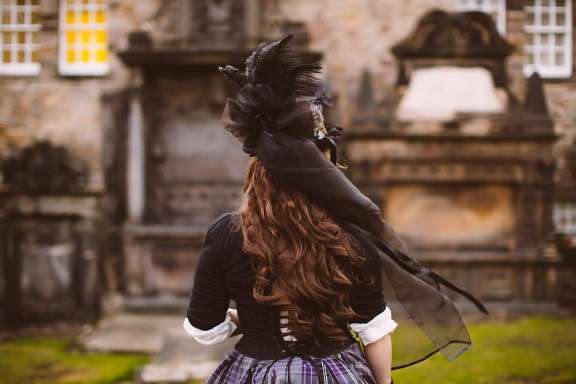 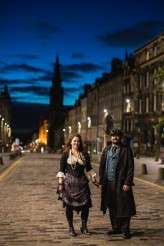 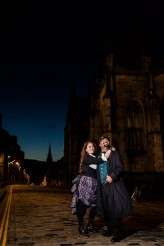 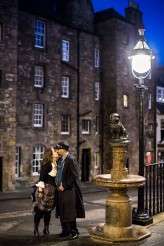 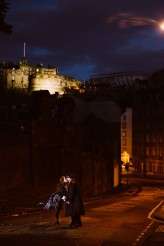 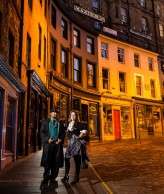 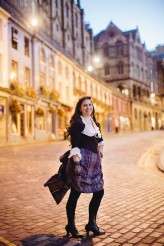 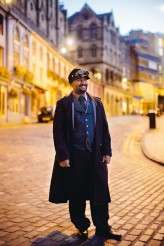 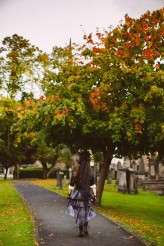 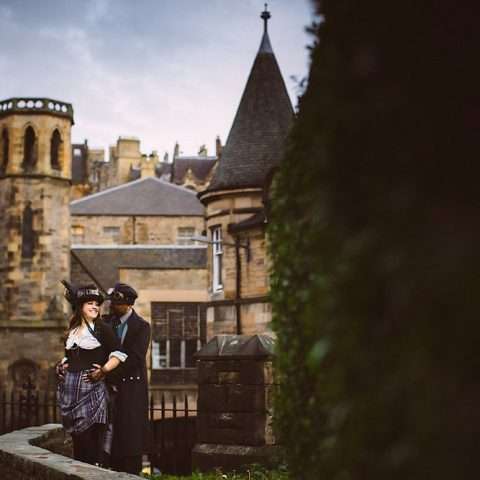 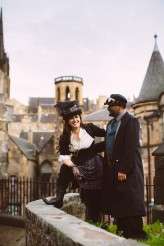 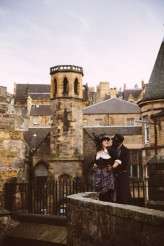 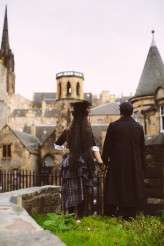 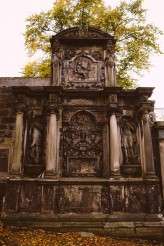 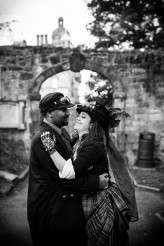 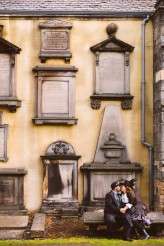 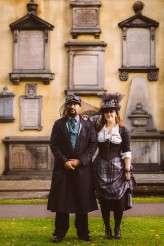 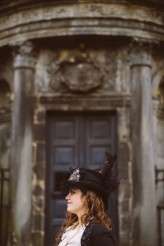 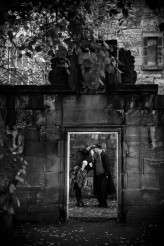 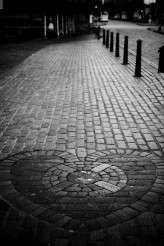