It’s not everyday you get to see a wedding on a steam train so I’m super excited to share Sarah and Gareth’s fun wedding with you today. “Our wedding was randomly retro, vaguely vintage and a bit of a mish-mash adventure!” began the bride. “I grew up going on steam trains as a treat as my Grandpa was a big fan! So I was straight on the blower to The Great Central Railway as soon as we got engaged. We were lucky enough to be able to hire a fancypants Pullman rake, which is a bit ‘Orient Express’ – my Grandpa would be proud!” 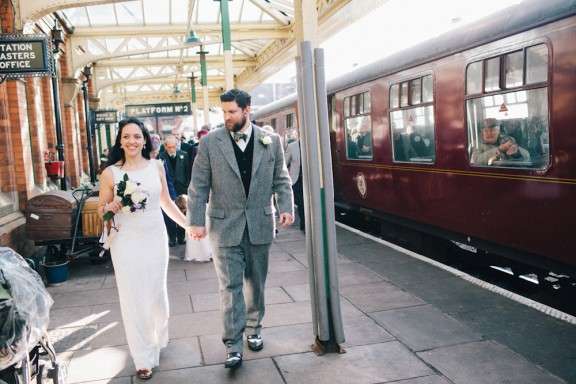 “Some of the boys were especially pleased as they got to have a go at driving. Apparently, we helped fulfil some boyhood dreams! Gareth always wanted a barn and a rockin’ band to party on down with and nowhere touched Donington Park Farmhouse for its rustic, fairy-lit charm. So, we decided what the heck, let’s do both and get everyone on a Routemaster to keep the party going in-between! It. Was. Mega!” 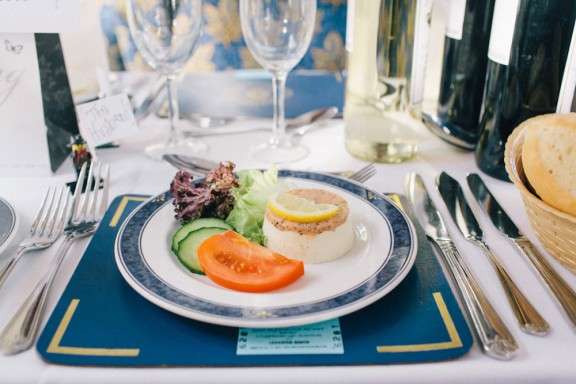 Sarah wore a dress which she found on sale at Debenhams with Irregular Choice shoes and family heirloom jewellery. The bridesmaid’s dresses were also from Debenhams and Gareth’s suit was bespoke from GA Shepherd. “I saved money on my dress”, she explained. “I knew I didn’t want to spend crazy moola but after shopping around and just not finding ‘the one’, I tried my dress on on a whim and fell in love with it immediately! Everyone in the changing rooms came out to look and loved it too so I snapped it up on the spot and it was on sale to boot! Perfection. AND I’m gonna wear it on a cruise when I’m 50!” 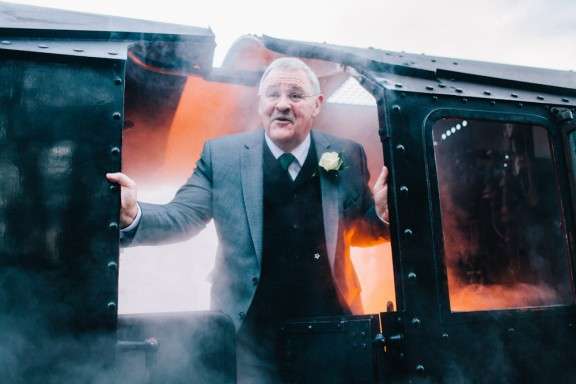 “I loved completely everything about our wedding!” Sarah concluded. “From the Church I grew up attending to the good ol’knees up sing-a-long on the Routemaster, to the gorgeously scrummy food cooked aboard the train as we travelled along to the heartfelt speeches and total love from everyone! It really was The. Best. Day. EVER!”

“A definite highlight for us though was when the band kept trying to finish but kept being persuaded to do encores. Then when they’d decided they’d absolutely finished all the guests started singing ‘Don’t Stop Me Now’ and the band came back up and joined in! It was epic and the band were awesome. They’d never played a wedding before but said it was one of the best gigs they’ve played!” 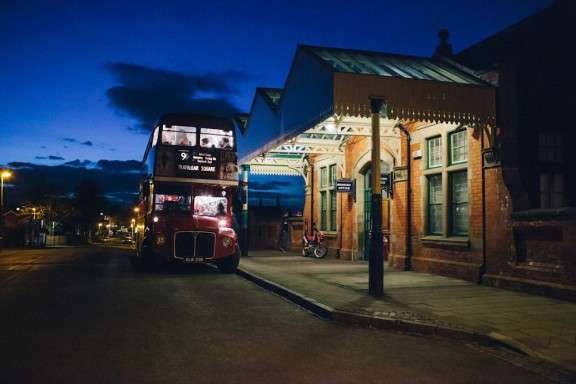 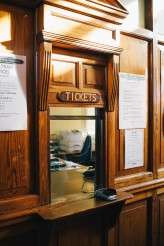 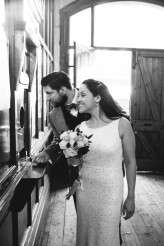 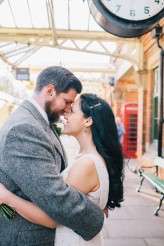 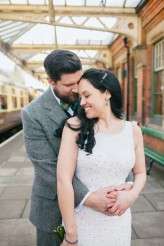 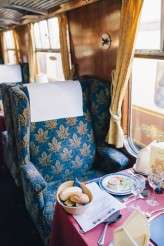 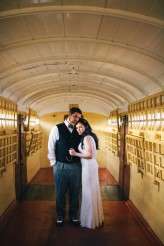 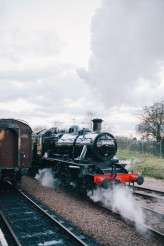 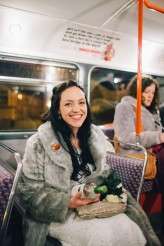