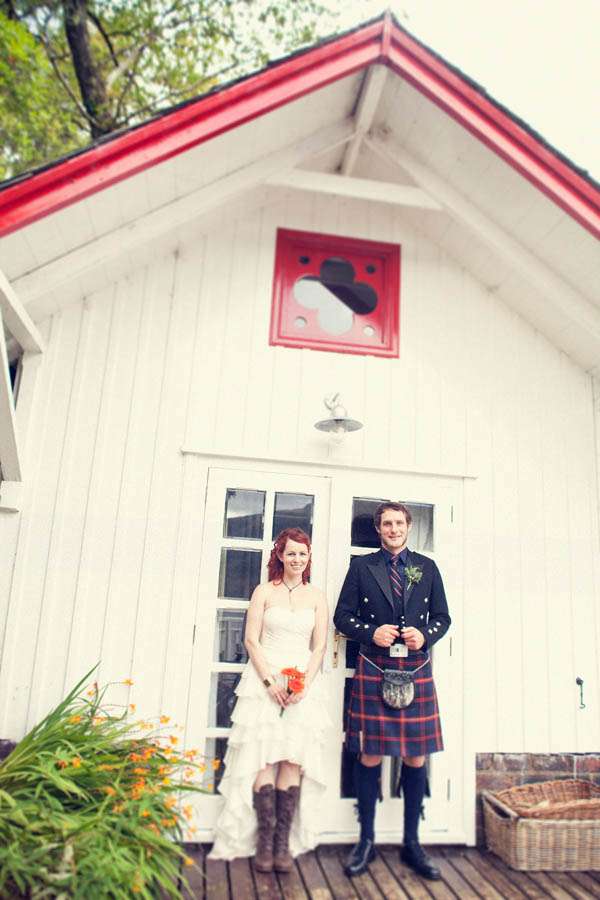 Wayne & Mac were married at The Lodge at Loch Goil in Scotland. The beautiful venue and epic scenery really defined their gorgeous wedding. Newlywed Mac told me all about their fabulous day. “Rock n Roll Bride was a favourite blog for my when planning my weddings! It was a bit of a godsend actually as all the standard wedding websites and magazines made me feel a bit nauseas with twitterings on about favours and general frilly pinkness. Wayne and I are both fairly scruffy monkeys that don’t do a lot of dressing up so we were keen to have a do that catered to us and our friends tastes. We wanted a fairly small wedding with close friends and family to have a chance of spending time with them rather than a quick 5 minutes that some mates had endured at their bigger do’s. And we wanted to get some time together!” 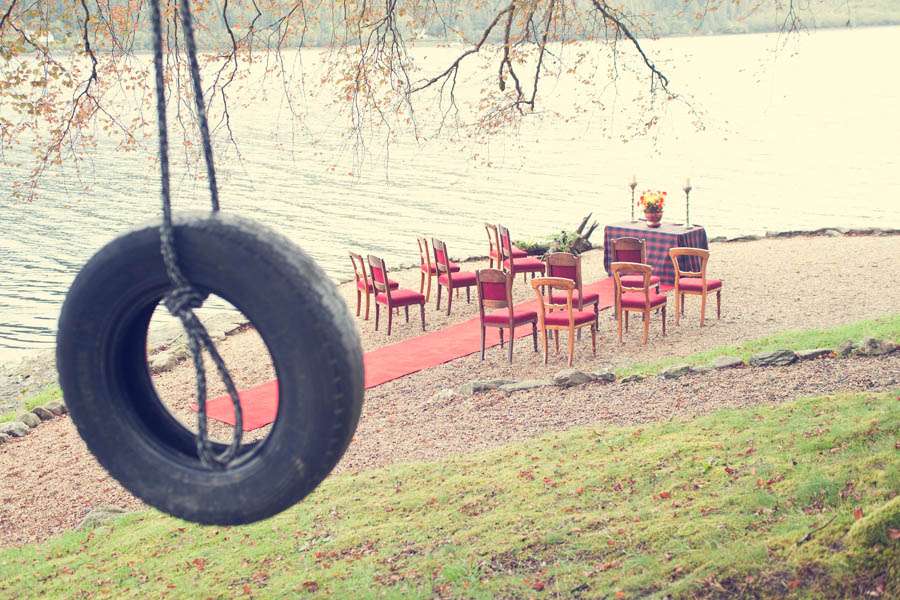 “The original plan was poking around a snow wedding in Norway or away snowboarding but the practicalities of shipping 20 plus people north or to mountains proved epic, and Wayne chipped in his ‘must haves’ of Scotland, bagpipes, and being able to keep his mutton chop sideys. We stumbled across The Lodge at Loch Goil during my many productive hours at work Googling and from our first visit adored it. Alice Gill, the head planner, and her assistant Kelly sorted out pretty much everything from their list of regular bookings – they do in-house catering (even with our veggie and gluten bothering mates), a resident florist and use local staff and suppliers for as much as possible including their own kitchen garden in the grounds.” 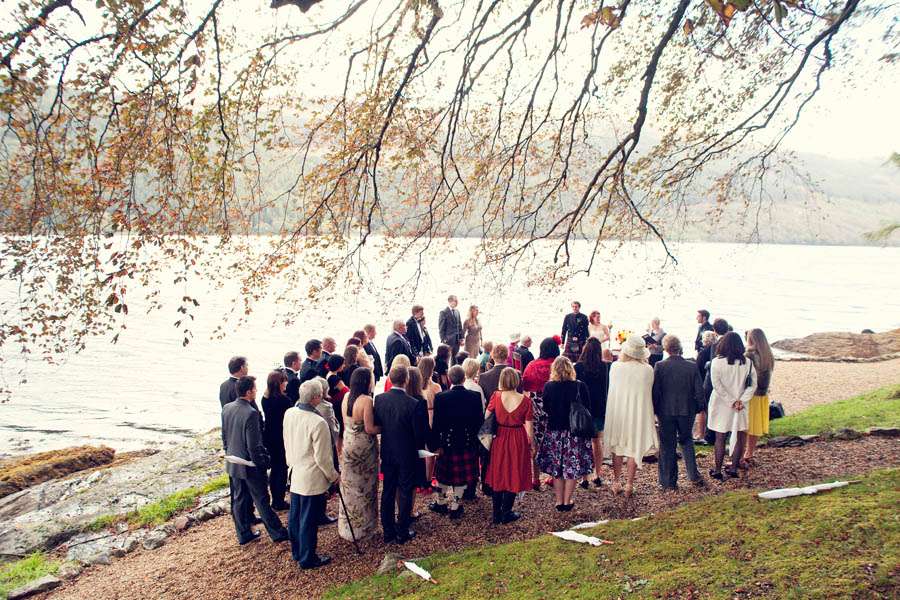 The simple and stress-free wedding was perfect for this couple who decided the wedding fluff and stuff really wasn’t for them! “I wore a dress from Coast,” the bride continued. “I originally found a random pink version on a non-wedding shopping trip, and despite not liking pink it liked it as I knew I didn’t want a meringue. I tried it on with the boots I had on and the seed was sown. It took a bit of ringing round various branches and whispering credit card details in restaraunt toilets to get it, and then persuading them to exchange it a couple of months later when the white version was released!” 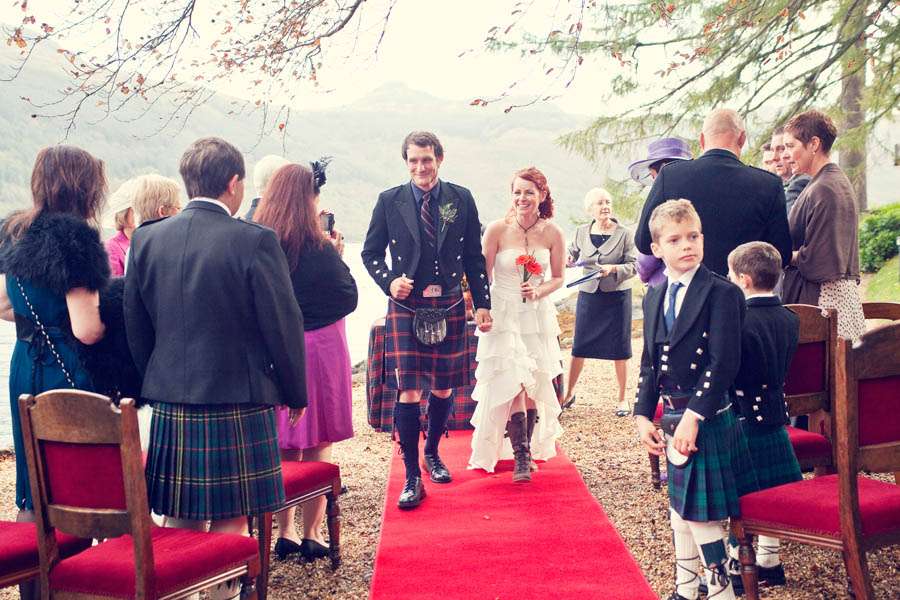 “Neither Wayne or I are particularly religious and we wanted a ceremony that was a bit less formal than some might expect. After Mum mentioned going to a friend’s daughter’s humanist wedding where the bride and groom skipped down the aisle to the Benny Hill theme tune I knew we were on to a winner. We booked our wedding at quite short notice, and were lucky enough to meet Linda Britton, our celebrant. Humanist weddings encompass the legal bits with whatever reflects the couples values as long as it is dignified and legal! We met with her and did lots of emailing about the ceremony and she did us proud, we can’t thank or recommend her enough. The Lodge gave us indoor/outdoor options for the ceremony depending on the weather. We had rain the day before and a pretty poor forecast but Alice came up trumps and gave the go ahead for the loch shore under the tree. (With the tyre swing, good fun). It was lovely and informal with a table, a few chairs and some flowers and everyone gathered round. People passing by in canoes and boats is a lovely bonus, and I’m so impressed that our photographer got such great photos as I spent the whole thing grinning like an idiot and doing thumbs up.” 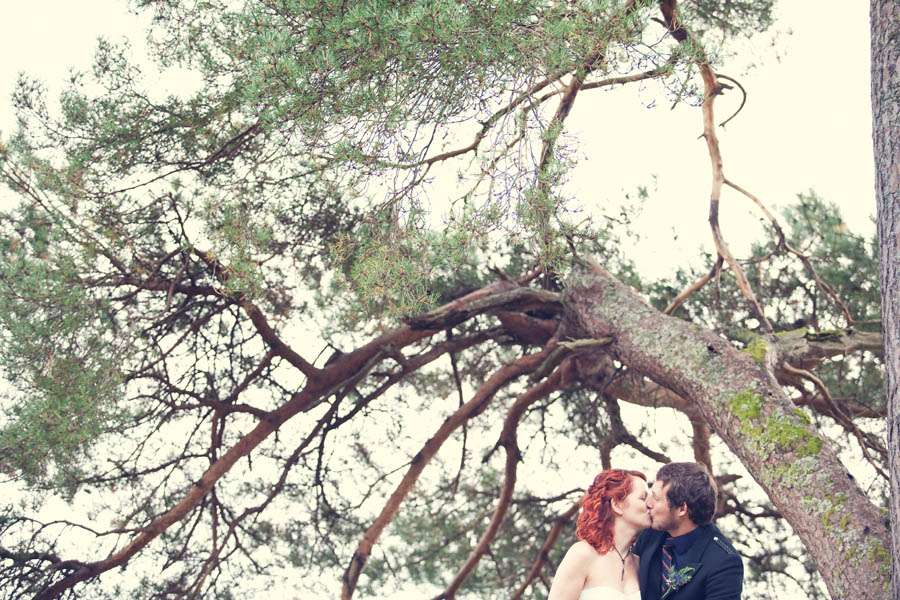 “The Lodge has been designed and curated with vintage and retro pieces and Alice is an encyclopedia of beautiful things. We also brought a dressing up box of nonsense for people to take their own shots with and loads of spare flip flops for dancing. The ultimate decor was the Lodge’s treehouse which I still make little squealy noises about when it pops up on the Visit Scotland TV adverts. It was the perfect place to have our pictures taken.” 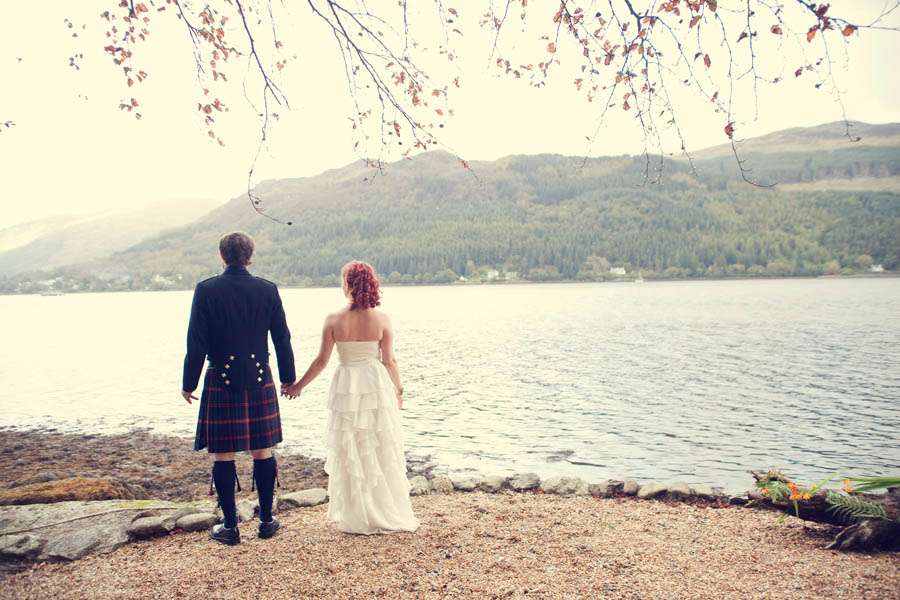 “We had a piper from the local pipe band playing as guests arrived and as I trotted through the garden with my Dad. As a sneaky surprise Wayne and I booked fireworks in the evening through Alice, it was a hard job keeping my trap shut about it. The village gets considerate advance warning that they will be happening, and we were told they would all be out watching from their gardens. What we didn’t know was that the grounds would be lit with candles and we would launch a fireballoon as a pretence for getting everyone outside. The fireworks lasted ages and it was a wonderful end to our day standing by the loch with all our family and friends. I was so glad I skipped favours and other things I was ‘supposed’ to have and went for something that everyone could share in.” 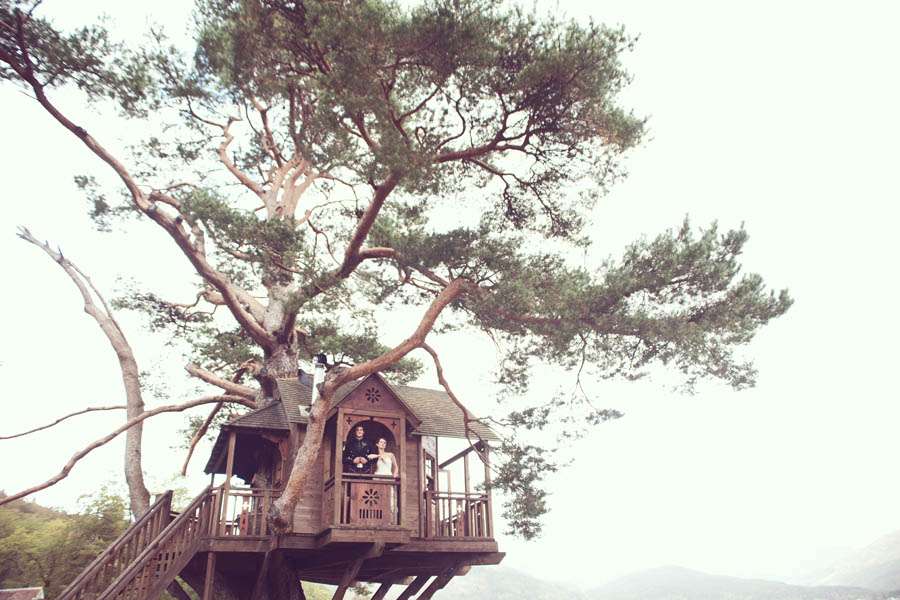 Awesome! Thanks to Wayne & Mac and their fab photographers Mirrorbox Photography for sharing with us today. 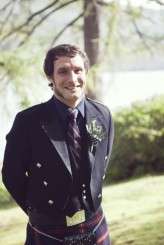 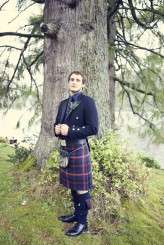 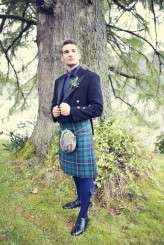 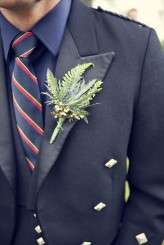 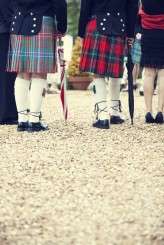 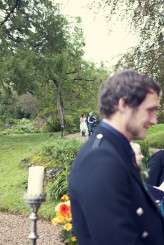 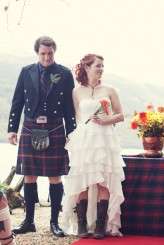 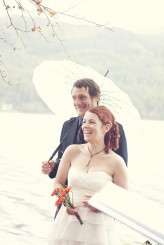 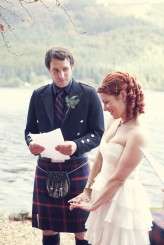 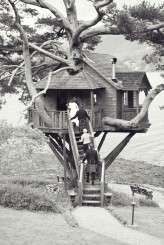 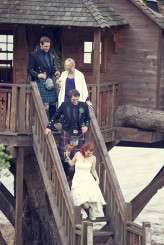 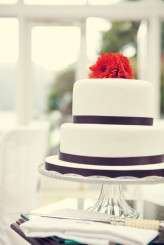 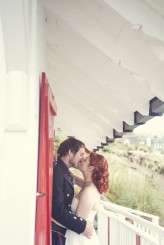 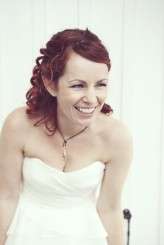 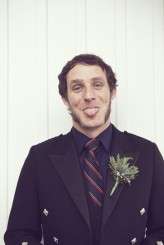 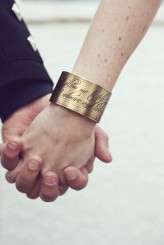 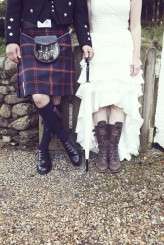 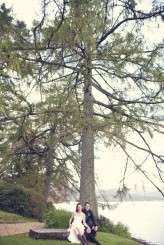 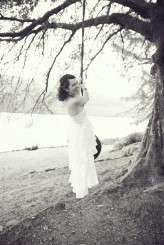