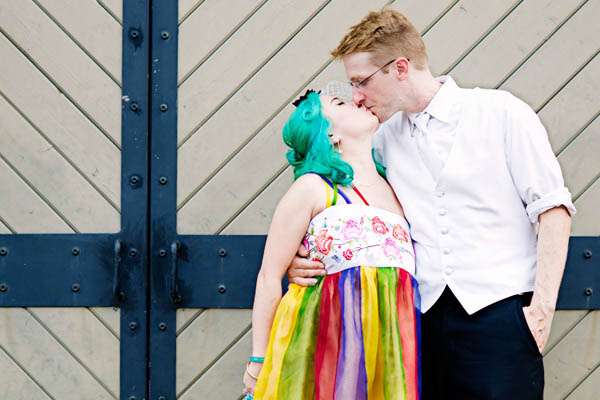 Esther & Andy’s incredible wedding was a little bit nerdy (Yoshi details, music from the Final Fantasy video games in their ceremony) and seriously cool (green haired bride who made her own dresses and rocked out to Sabotage at their reception…)!

“We made a pact with each other that anything that wasn’t perfect or going right by the last two weeks before the wedding we would just say screw it”, Esther told me. “We had the most important things covered – church, officiant, music, reception food, bride, groom. There was no reason to drive each other or anyone else crazy for what is supposed to be one of the happiest days of our lives. It was probably one of the best things we did. There were a few major things that went wrong and it helped to just say ‘screw it’ and move along instead of sulking.” 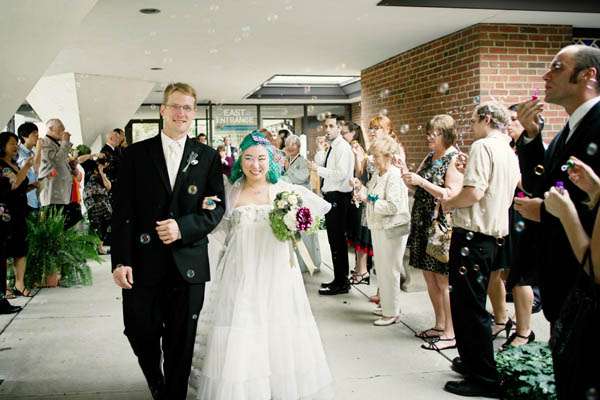 The wedding was held at Covenant Presbyterian Church, Upper Arlington, Ohio. This was the bride’s home church that she has have been going to her entire life so it was a really important part of the day. “We made it an open ceremony so any church members and friends who wanted to come could join us,” she explained. “My Pastor officiating us was my Youth Pastor growing up and he totally threw a curve ball during the ceremony when he brought up our Lord of the Rings quote from the invitation and ran with it for his entire sermon about love, devotion and patience.”

“After the ceremony we had a receiving line where and small punch and cookies reception so that people who weren’t invited to the private reception we could still greet and thank them for coming.” 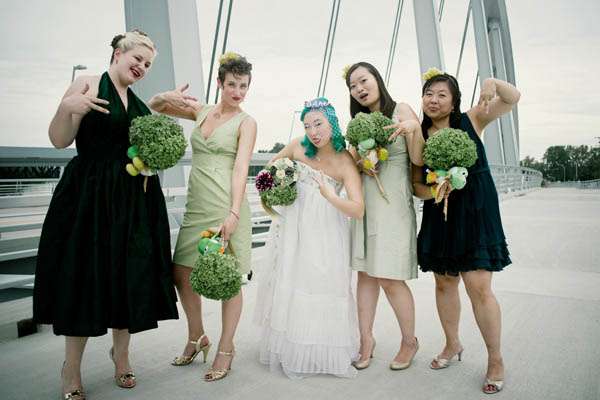 The bride’s ceremony dress was based on a traditional Korean hanbok style with a jacket. Then, for the reception at North Bank Pavillion, Esther changed into a multicoloured shorter style dress, The reception dress was in the traditional hanbok colours and I hand dyed all the fabric but it was in a short length without a jacket and striped on the skirt instead of the traditional sleeves.” 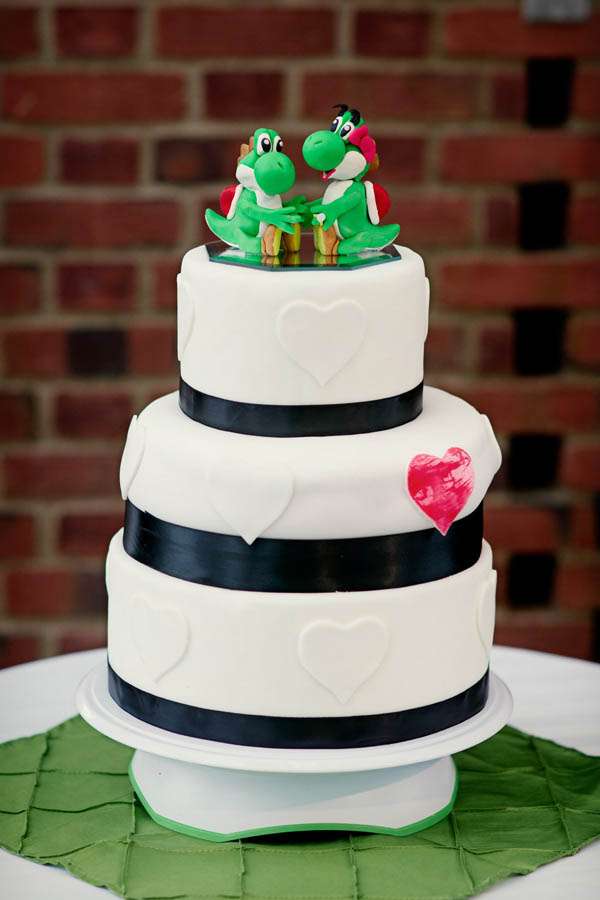 The North Bank Pavillion was the groom’s dream venue, “It is a public park but highly coveted for it’s gorgeous glass shelter house. We had to go one year and one day ahead of when we wanted our date to enter into a lottery to book it. They give all the people who are there numbers and put the balls into a bingo spinner then draw. Luckily we won on our second try.” 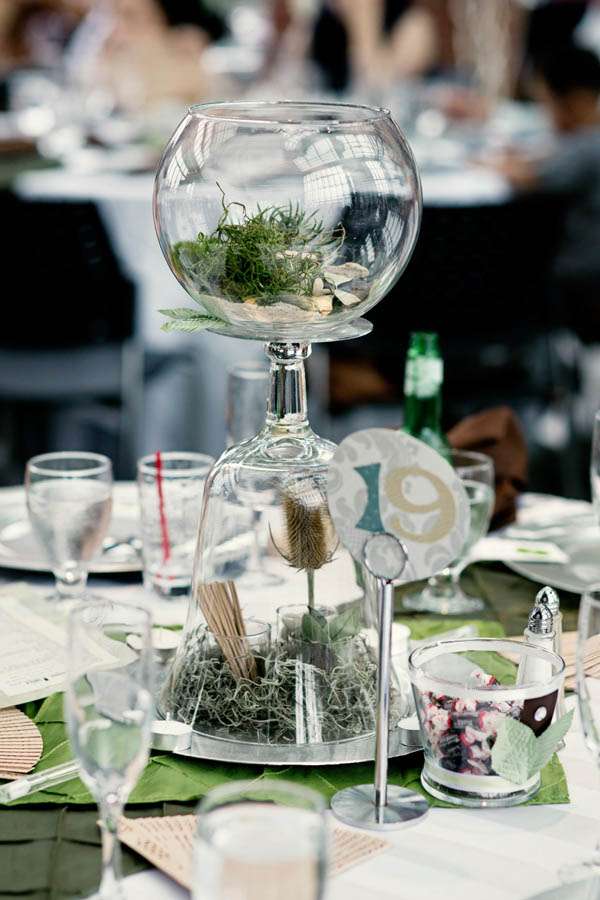 Their reception was a mix of nerdy and cool. They had a Yoshi theme throughout including in the brides and bridesmaid bouquets, the stationery and the wedding cake. “There was so much DIY in the wedding, it would be difficult to share them all. I think the biggest challenge was the Jellyfish decoration for me. I went through several failed attempts from huge handmade crochet doilies to trying paper mache strategies with huge play balls and tulle. I finally ended up using round paper lanterns from China town.” 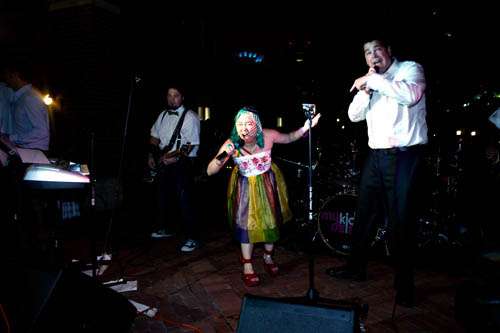 Amazing! Thank you to Esther & Andy and their photographer Candace for sharing these today. 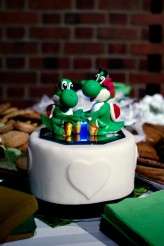 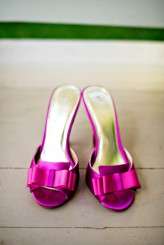 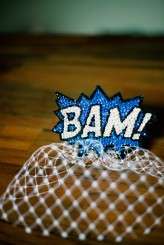 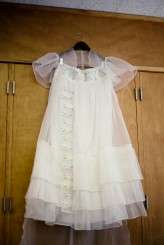 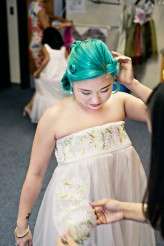 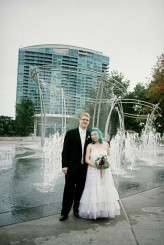 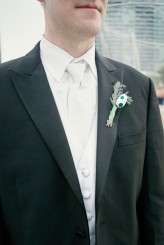 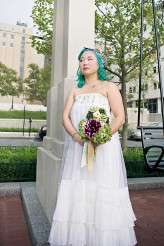 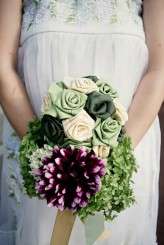 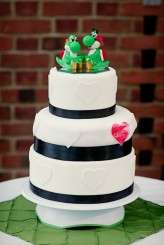 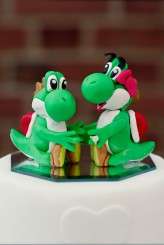 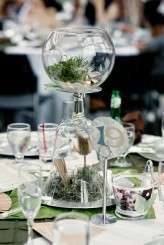 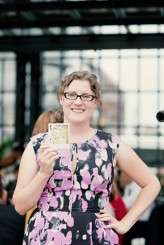 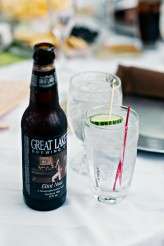 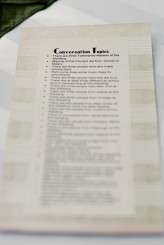 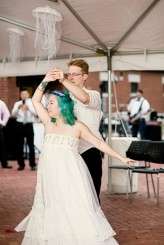 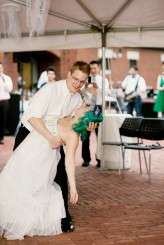 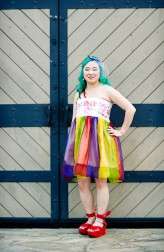 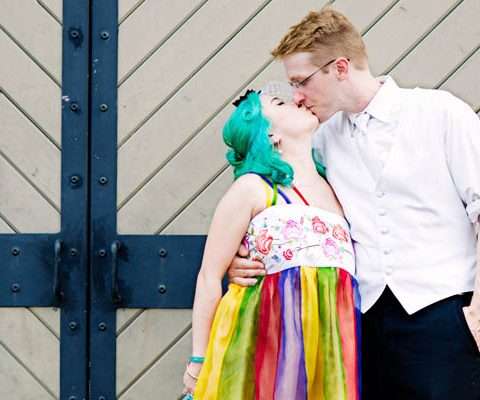 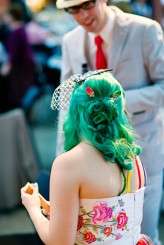