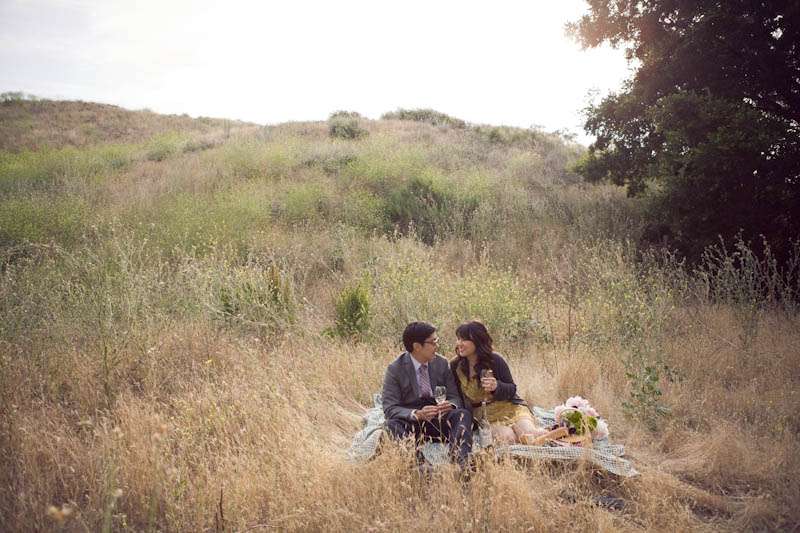 So I saw a few of these images on various forums late last week, and then people started emailing me to tell me I had to check them out…and I’ll be honest, at first I was like “Huh? I don’t get it!” But then I received an email from Amanda Rynda, the photographer behind this engagement shoot, and I realised I hadn’t seen the full story. 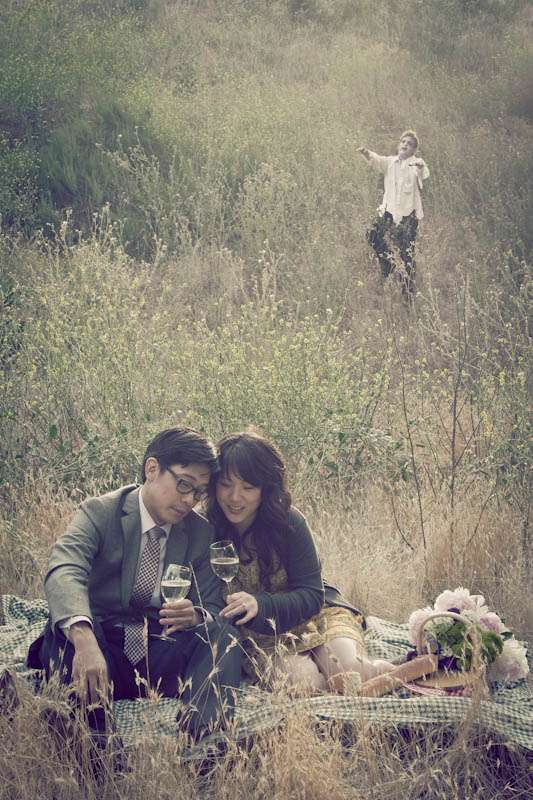 Amanda told me all about the idea behind this crazy shoot. “I went to college with Juliana (we both studied animation at CalArts) so when Ben & Juliana got engaged and had the idea to do a zombie themed engagement session, I was so excited to be a part of it. They wanted to put their personalities into it and do something a little quirky. Quirky is right up my alley so I knew we’d have a great time pulling this idea together. Juliana told me ‘We want to survive a zombie attack and then hug because we’re in love!’ Who wouldn’t jump to do an engagement session like that?!” 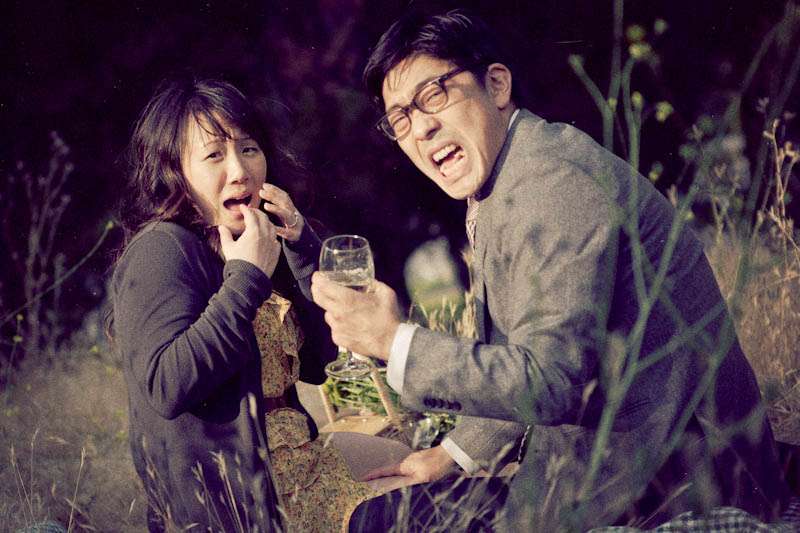 “We didn’t do much to prepare. Our zombie (and fellow CalArts alum) Jason Boesch arrived with Ben & Juliana. Juliana styled the shoot and did the makeup. We just grabbed a shovel from my garage and headed out to have some fun. When we arrived at the location (just off the side of the road in Valencia CA) we just had to touch up Jason’s make up and then we ran with the idea making sure to just enjoy ourselves.” 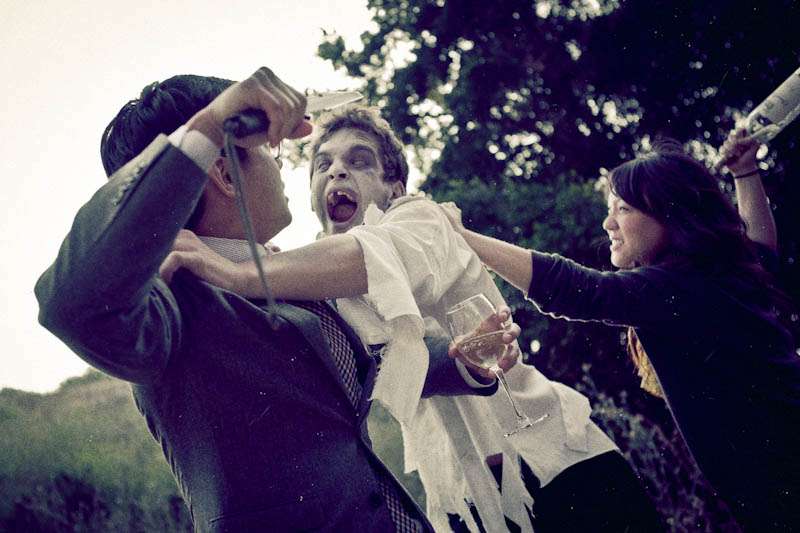 “I knew I had to focus on the story unfolding so during the session, I tried to imagine I was a storyboard artist as I shot the photos. When I got home and looked at all the photos, I started sequencing my images. Then I color scripted them not unlike a feature film might. For the final touches, I had some fun zombifying Jason a little further using photoshop.” 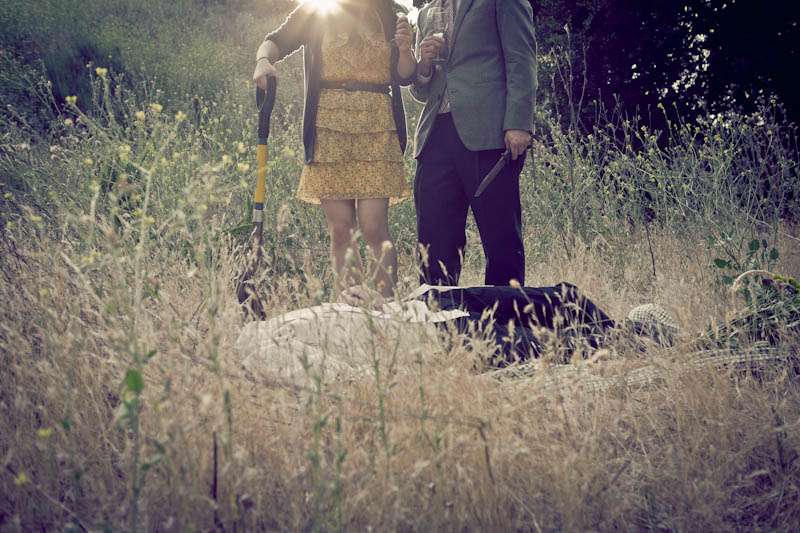 Enjoy! (and try not to have nightmares…)

Be sure to check out the full set after the ‘jump’ (includes many unseen images) and flick through them chronologically for the best experience! 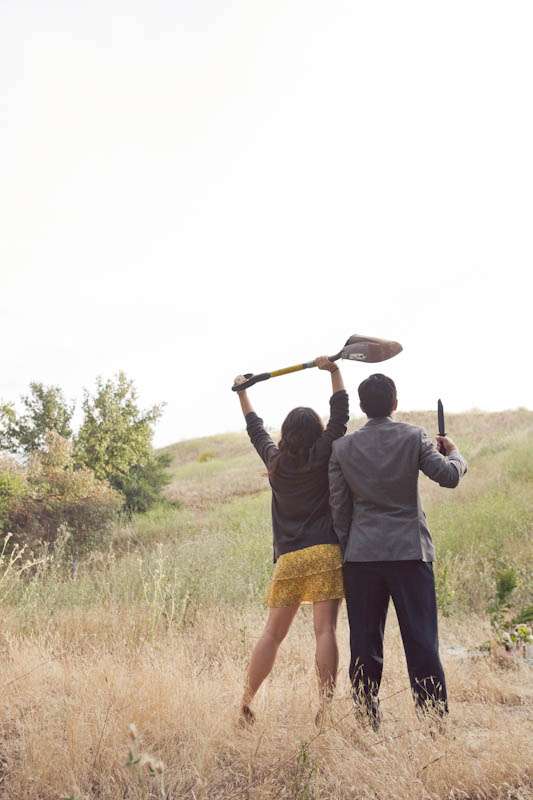 Thank you so much to Ben & Juliana for being so mental (I mean creative) with their engagement shoot idea and to photographer Amanda Rynda for wanting Rock n Roll Bride to be the wedding blog to feature them. Yey! 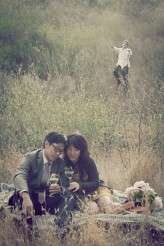 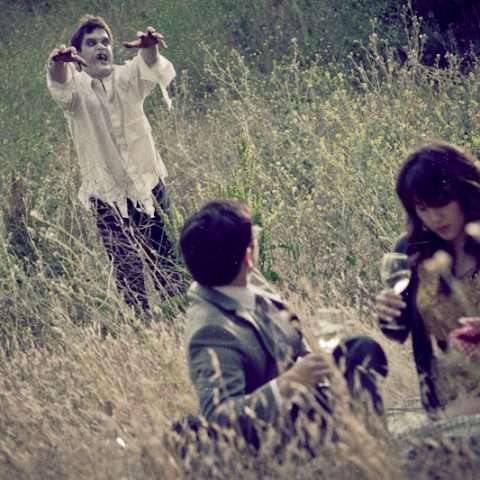 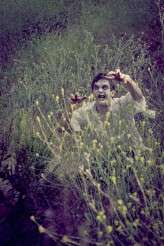 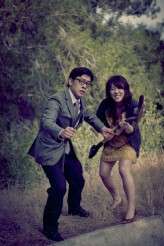 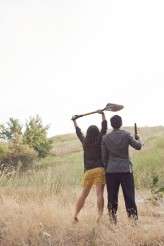 Are we still down with zombie themed shoots? It's seems to me that over recent months they've been cropping up everywhere but I get the feeling you're not sick of them yet. Weirdly, zombies and zombie stuff is always a hot topic on my social media! Who knew...?