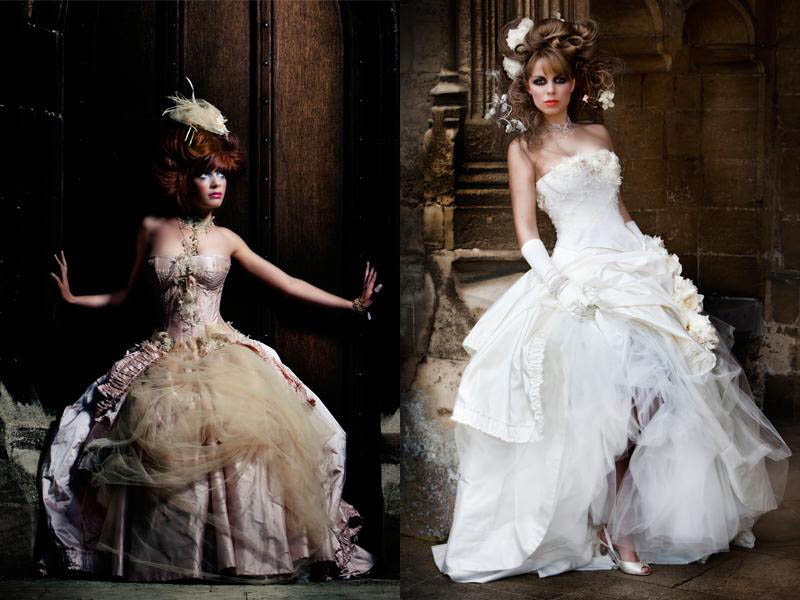 So yesterday I was invited to a prestigious industry preview event in London. Basically a posh trade fair where wedding designers (mainly dresses but a few bridal accessories too) congregate to sell their newest lines to the gaggle of press and various bridal boutiques across the world. People come from all over the globe to attend and get the first glimpses of the designs by some of the most decorated British bridal designers. It’s billed as a great place to go to spot new trends and to meet anybody that’s anybody in the wedding industry.

So I went along and even though I wasn’t sure it would be ‘my thing’ I felt it was an event that I should be at. I got up early (for me…hey, I work from home in my PJ’s usually!) and boarded a commuter train to London.

I walked in at 10am, looking forward to seeing the first catwalk show of the day but was instantly met with a feeling of depression…not the giddy, excitable feeling that I usually get when I go to work events. I couldn’t put my finger on it, but something about this show left me cold. Something was missing and had been replaced by clinical white booths, air kisses and expensive cups of coffee. 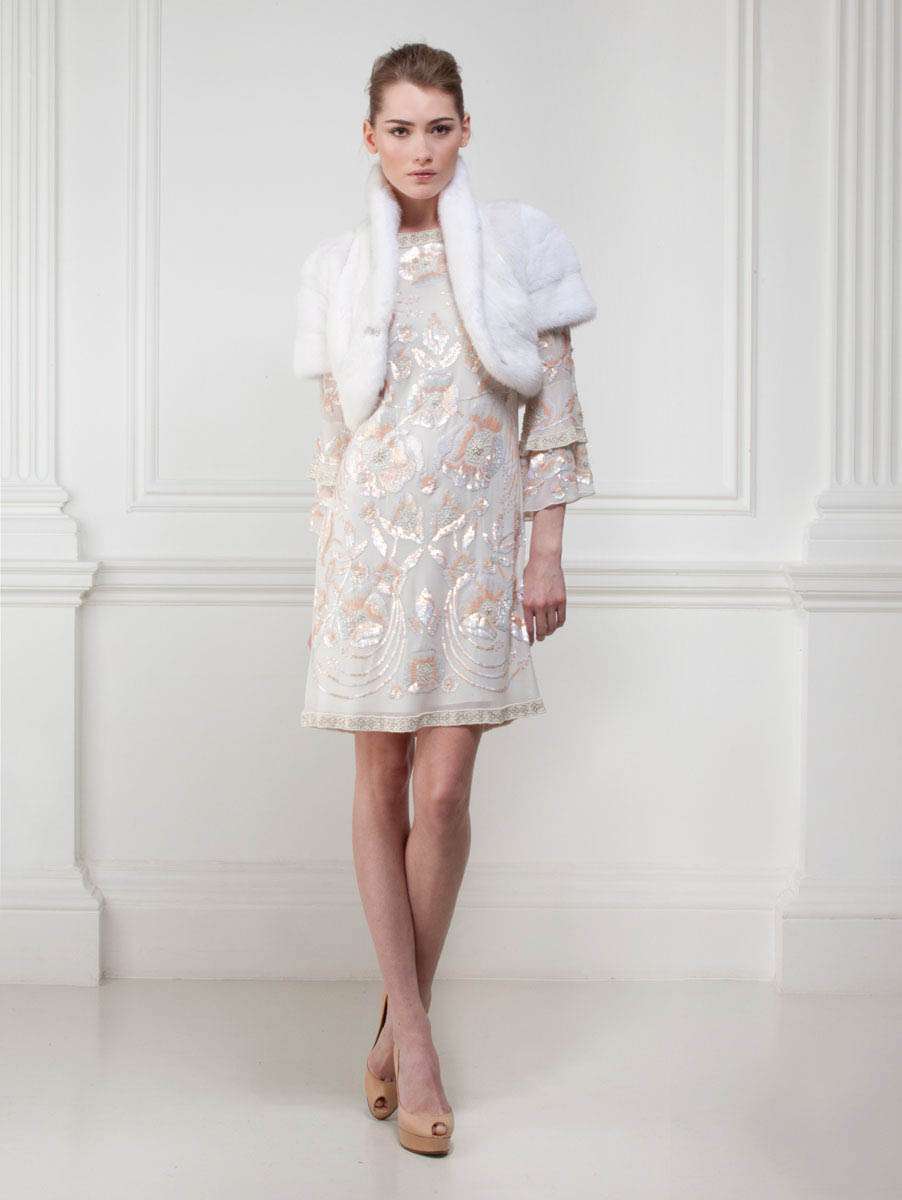 I have to say a few things at this point. I toyed for hours whether to post this or not. My mind was plagued with thoughts of ‘Will I get ostracized for saying these things?’ and ‘Am I cutting my nose off to spite my face/ biting the hand that feeds me’ (and other such metaphors) by saying how I really feel? However I do think that sharing my experience can overall be a positive one, and that even though I left yesterday feeling disappointed, that these feelings did confirm to me that actually I LOVE that I’m different and not swayed or influenced by what everybody else is doing.

So let me get one thing straight, I did get to chat to some lovely people yesterday – the girls from various wedding magazines mainly and a select group of amazing designers who were, interestingly, mainly the new kids on the bridal block. These were the kinds of people that were actually genuinely interested in me and my blog and didn’t simply turn away when I entered their booths…pink head, inked arms and all.

These are the kinds of designers I’d encourage you to check out for your own weddings (I’ve listed my favourites at the end of this article and images from their latest collections illustrate this page.) However apart from these few choice rock stars, the majority of what I saw was pretty much exclusively pretentious and (as I like to call it) expensive ‘fluff’. 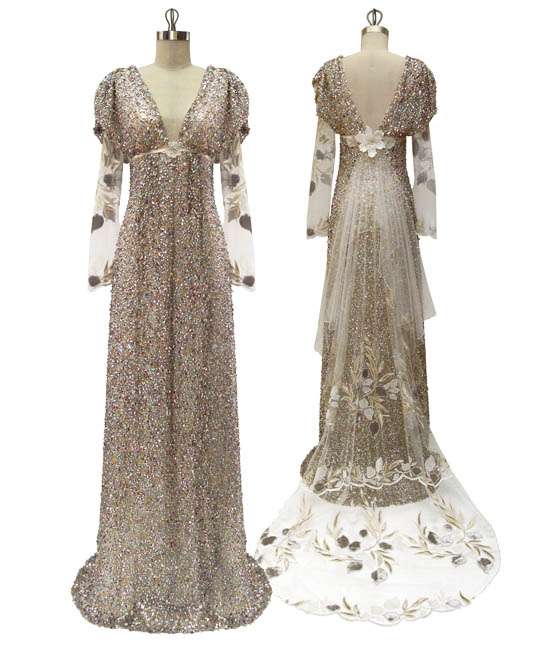 In all seriousness I left feeling deflated, uninspired and rather disheartened. Was this really the ‘crème de la crème’ of the UK bridal market right now? The best of the best? The people to aspire to? And more importantly was this the stuff I was supposed to be excitedly writing about? I literally left wondering if this was even the right industry for me.

I got home in a funk and put this message on my Facebook fan page wall:

“I have to say…there are only so many pretty dresses you can look at. I left the show today feeling deflated… but now I’m even more inspired to be DIFFERENT, UNIQUE and an alternative choice to the usual wedding fluff. Who’s with me?”

And you know what…you guys 100% came to rescue my sanity with your comments of agreement and support. 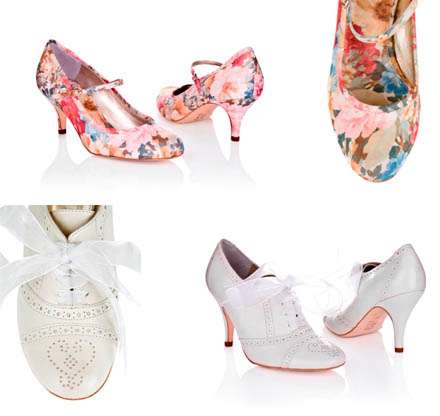 I didn’t get into this industry to smooze my butt off and ‘talk the talk’. I didn’t want to be the same as everyone else or sharing the same things as the rest…and you know what? I utterly hate air kisses and industry fakery.  These people are not my friends. You are. The bride at home stressing about getting her DIY projects finished on time; the photographer who’s just starting out and desperately trying to get better; the designer who’s working from a small home office and pretty much lives in a sea of fabric swatches or paper samples.

I know in my heart that hanging out at the white booths is not the right path for me, the blog or you. I hope you all know that if I don’t like something there’s no way I‘ll be promoting it on Rock n Roll Bride. I won’t be bowled over by brand names, the next big thing or the hottest current trend. I want to blog things that you guys will love…that you guys will be inspired by and that you guys will actually bloody use for your own weddings. YOU are the key to what makes this blog great. Yes, YOU!

I felt totally disheartened yesterday, but after some reassurance from my wonderful readers and friends, I’ve realised that it’s actually a bloomin’ good thing I went and felt so awful afterwards. If I featured the same old designer tat that every other blog or magazine did then you’d probably lose interest or think I’d ‘sold out’ huh? And quite rightly so. 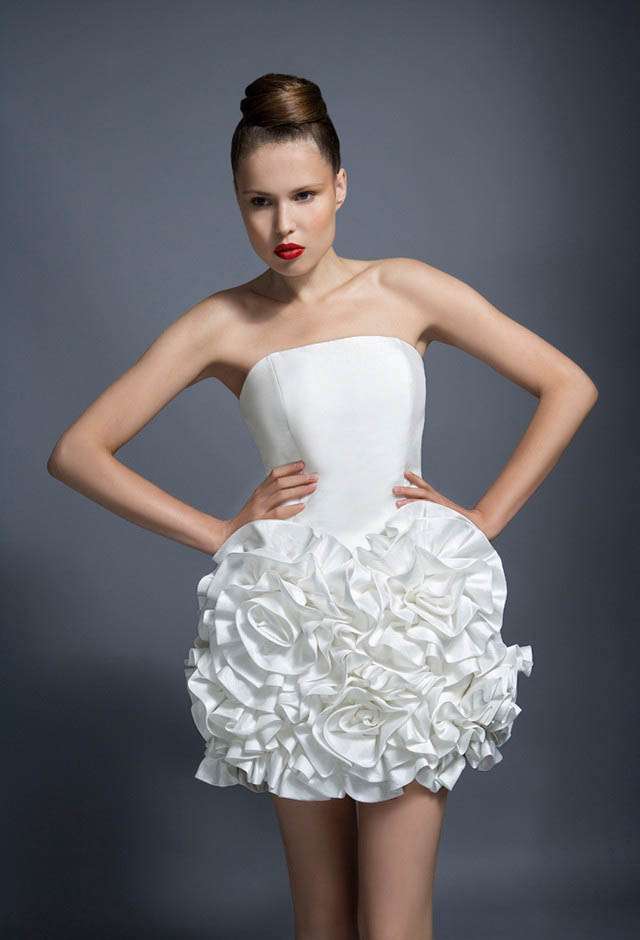 The great thing about being an independent voice and working for myself (i.e. not having to answer to a publisher, not having to trying to sell my product to the masses to make money, and not having to worry (too much) about offending my advertisers, who are exclusively awesome small businesses with a like minded attitude to mine) is that I can write about whatever I like and in the style that I like – yeah bad grammar and all. Basically If I don’t like something then I’m flat out not going to write about it…no matter who the hell they are.

Ending on a positive though, the show wasn’t a complete bust. Please do check out these designers that rocked it. It really wasn’t all bad no matter how negative I’m sounding right now these guys really are doing awesome things and pushing the bridal boundaries. 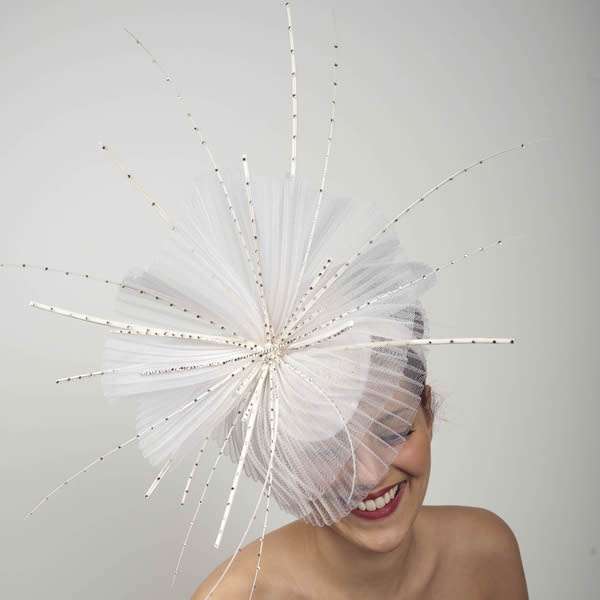 Vivien Sheriff – making traditional bridal headwear a thing of the past

The industry is in such a state of flux at the moment. In fact I can almost feel the impending shift from the domination of designer ‘fluff’ to the independent bad ass designers. After the show I wanted to cry but in retrospect I now want to scream out loud for all to hear “YEAAAH! Let’s do this and do it OUR WAY!” 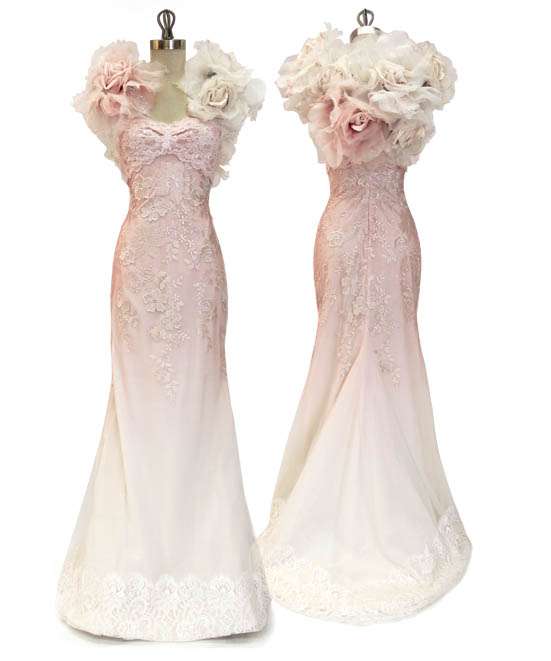