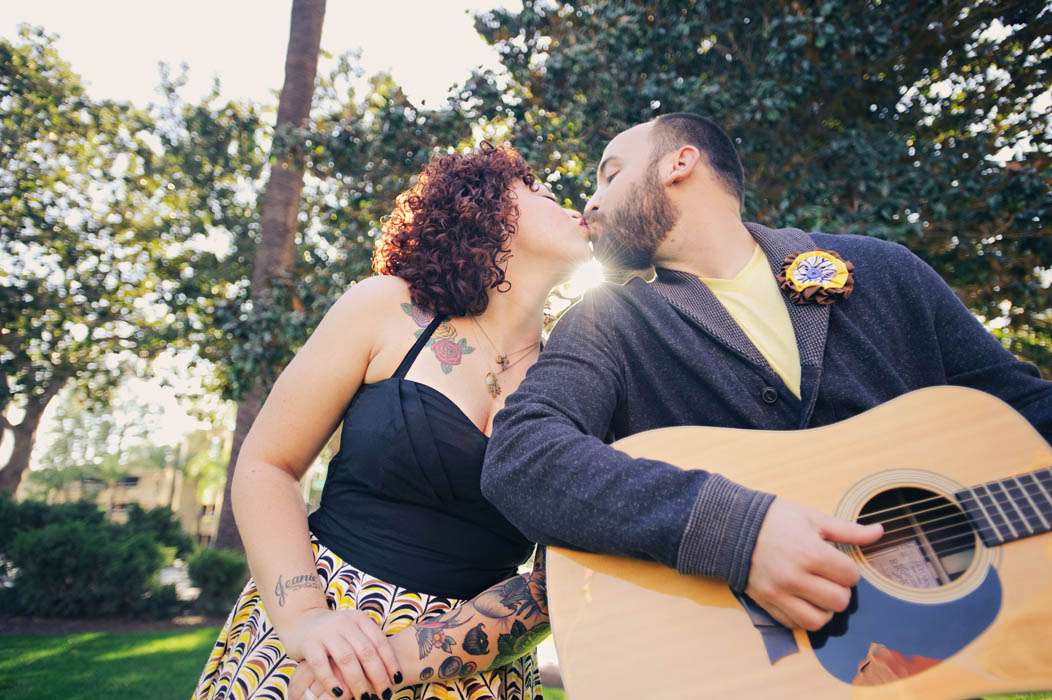 Nicole & Aaron eloped at the Santa Ana Courthouse and straight after had photographer Kristin Rogers on standby to shoot a ‘Just Married’ session with them and their adorable dog! I am seriously smitten with the cuteness of this whole session. The guitar shots just slay me! 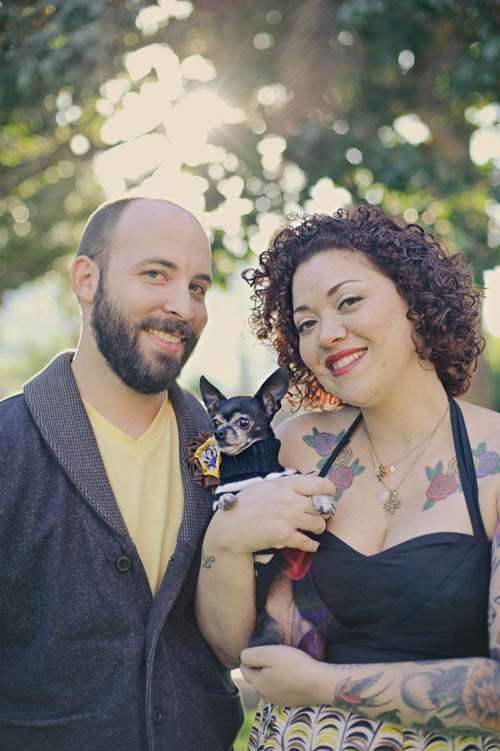 Nicole wore a dress from Anthropologie and a custom made necklace from etsy seller Make Pie Not War. She also carried a fabric bouquet that matched Aaron’s buttonhole, both of which she’d made herself. 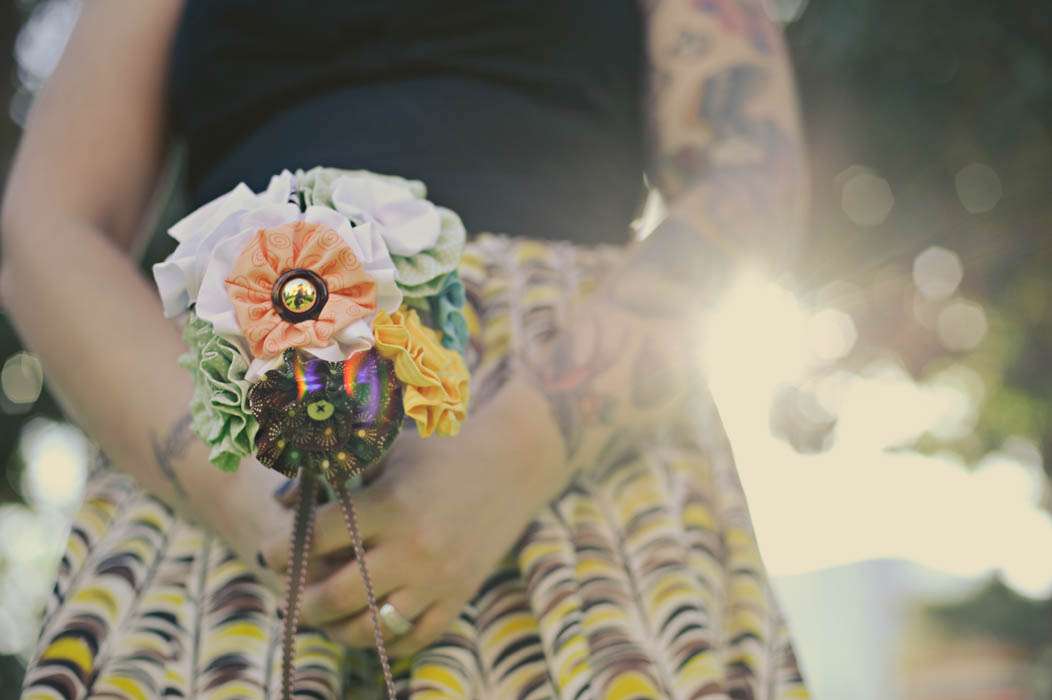 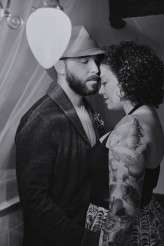 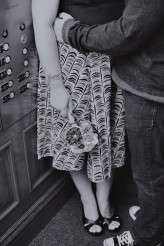 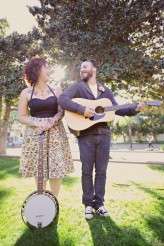 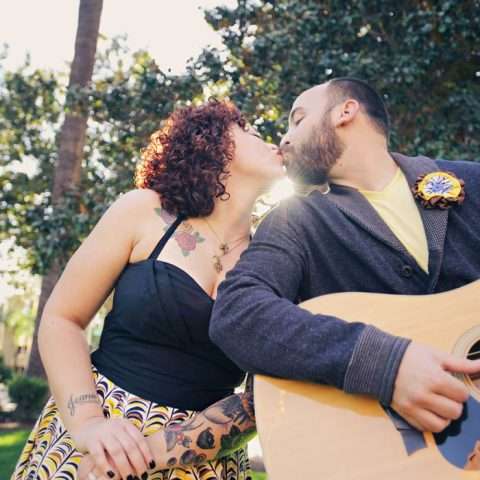 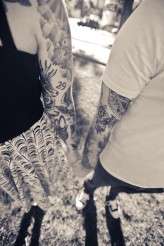 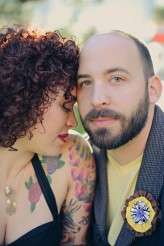 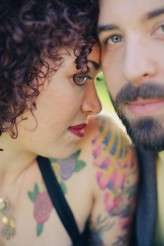 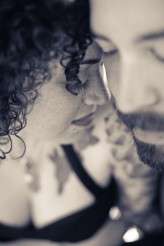 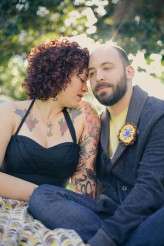 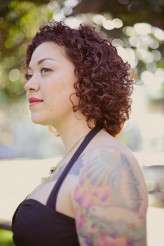 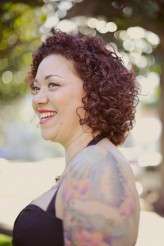 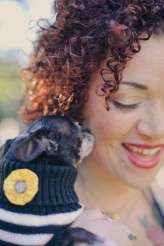 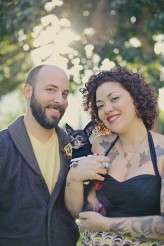 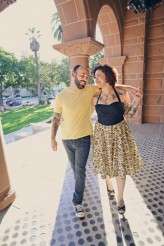 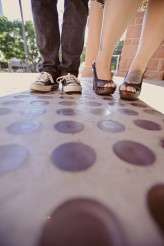 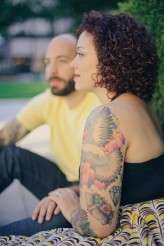