I am truly honoured to be allowed to share these gorgeous images with you today. Gia Canali sent me these wonderful photographs of her parents as a tribute to her Father who has recently passed away.

Her parents clearly had some fabulous style on their wedding day (and the wedding day of Gia’s Uncle) and I am just so honoured to share these stunning photographs. Her Mum’s wedding dress and that gorgeous sundress were actually made by her Grandmother too (who took this photograph) how multi-talented!

From Gia…
Those of you who know me well know that I buried my father last week, after he battled leukemia for almost three years.  Now begins the harder project—reassembling my memories of him.  All our photographs are suddenly worth more.  This photograph of my parents on their wedding day hung in their bedroom when I was a child.  I have always, always loved it.

So, here’s to you, Dad.  I’m not sure how I’m going to get through photographing the father-daughter dance for the rest of my life … and I miss you so much 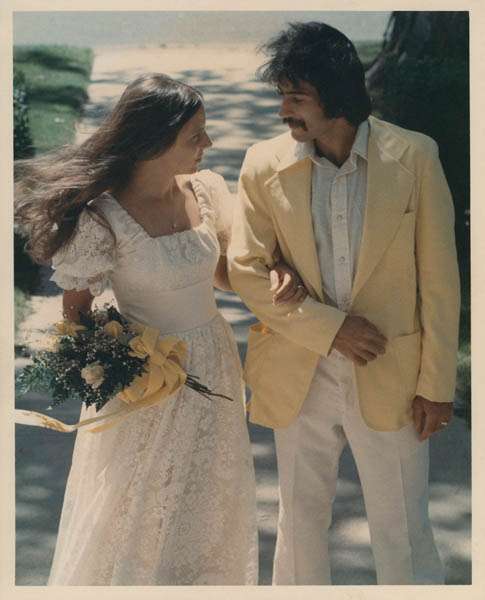 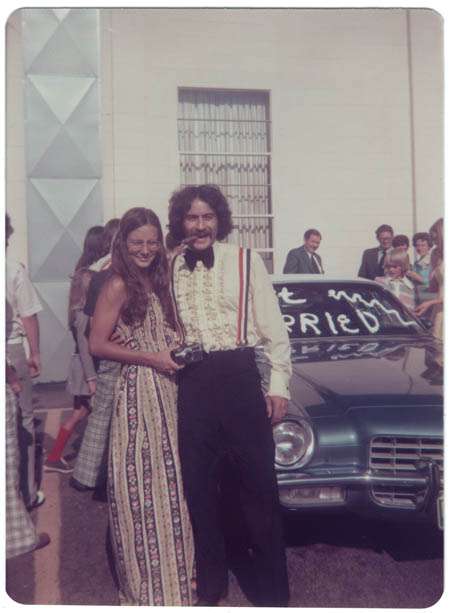 Marie and Nigel's Oxford wedding had a retro, tropical theme. The bride, a costume designer, even made her incredible wedding dress herself. They were married in June 2016. "I’m a massive vintage fan so always knew that would be part of my day", said Marie. "We decided to go to Hawaii for our honeymoon and the two themes just worked perfectly together."

Maggie and Dean's wedding was inspired by their love of the great outdoors, so much so that the bride's sister-in-law dubbed it as a Moonrise Kingdom themed wedding!