This wedding is so sweet…sweet and chic.  Isn’t the Bride a stunner?  And don’t get me started on her dress!  Fantastic as always Amelia! 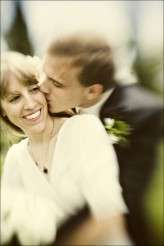 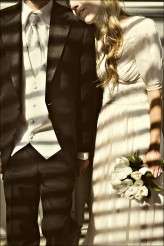 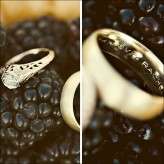