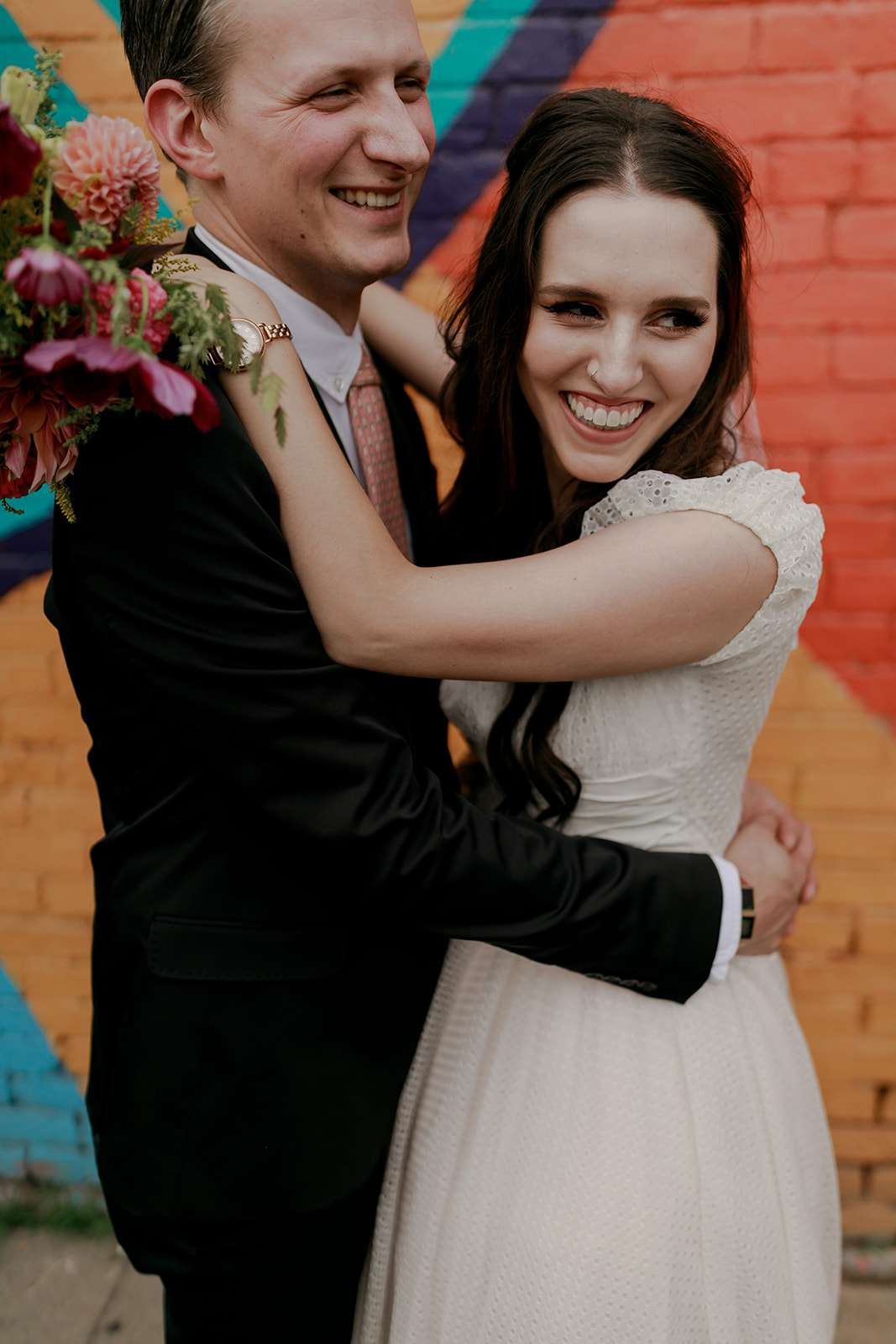 Courtney and Mark’s August wedding was inspired by the high school dances they went to as teenagers. They wanted to replicate the magic and excitement of those nights into their big day and we love how it turned out! Colourful, creative and just a little bit kitsch – all the things we adore here at Rock n Roll Bride! 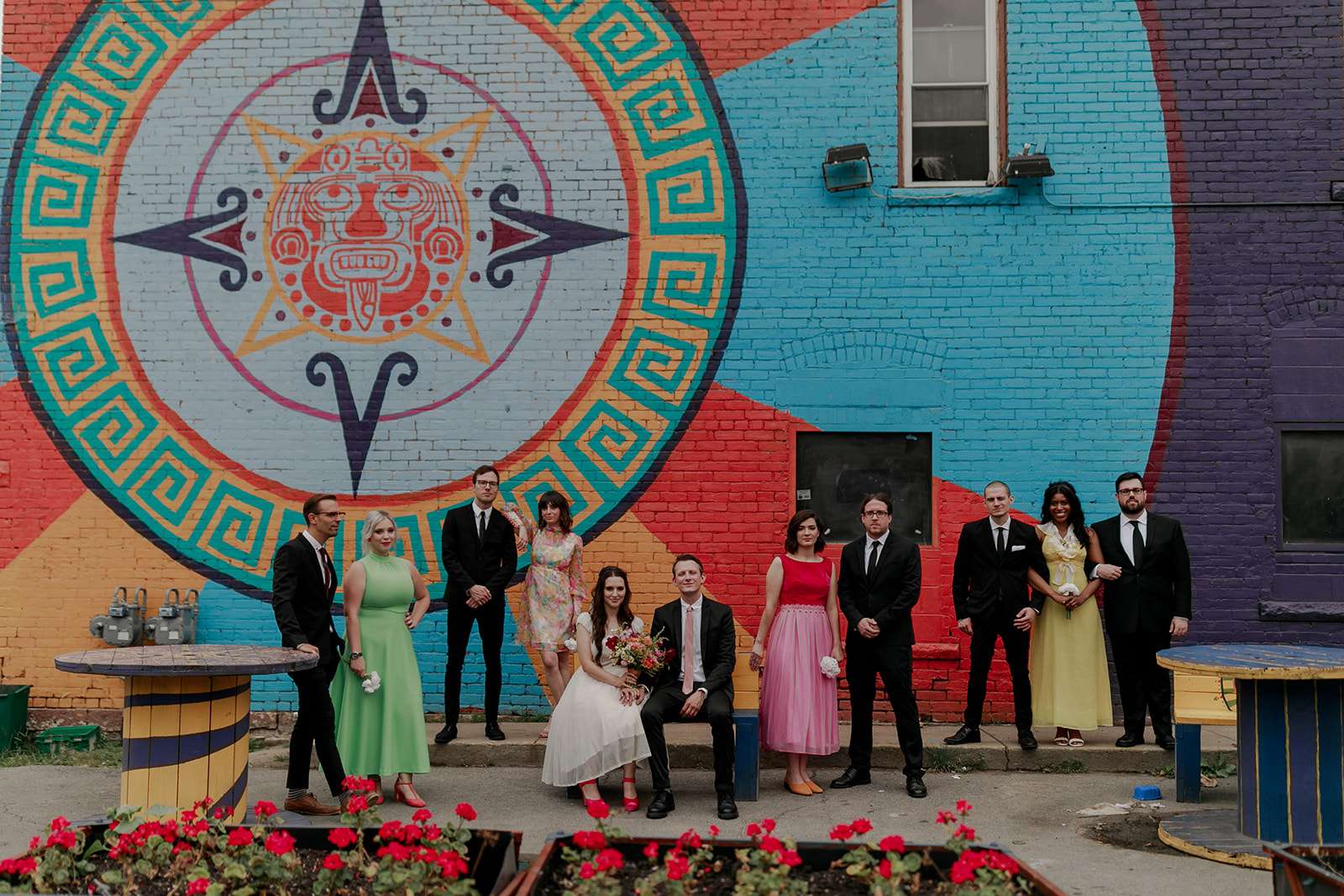 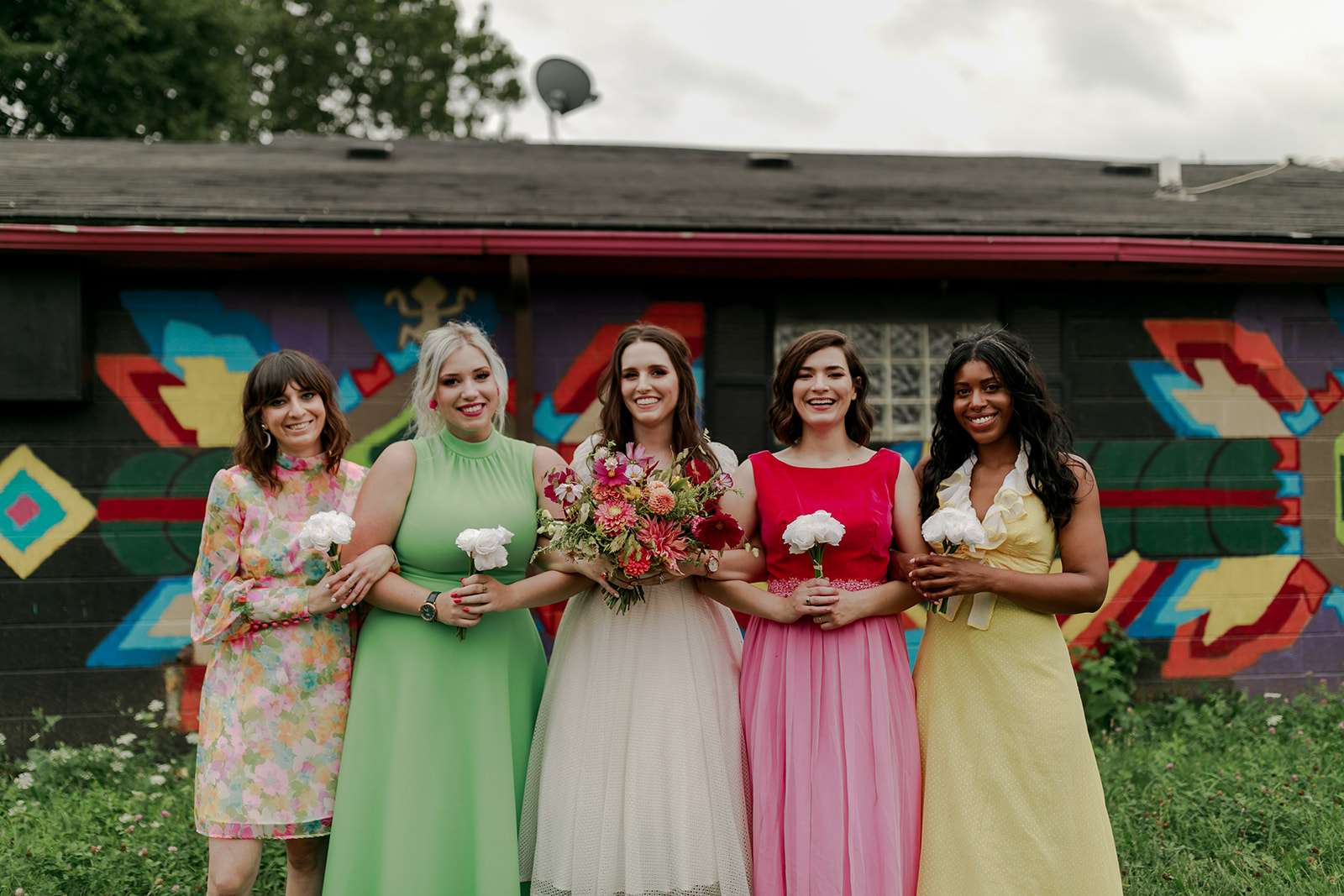 They eloped, just the two of them, and then hosted a big party reception at El Club in Detroit. “We were trying to achieve that dreamy vibe from The Virgin Suicides,” said the bride. “It definitely ended up being more vibrant, not so muted, but that was OK! We eloped at the courthouse a few days before the party which seemed like a very natural way to do it to us, but a lot of our family and co-workers were a little mystified by that plan!” 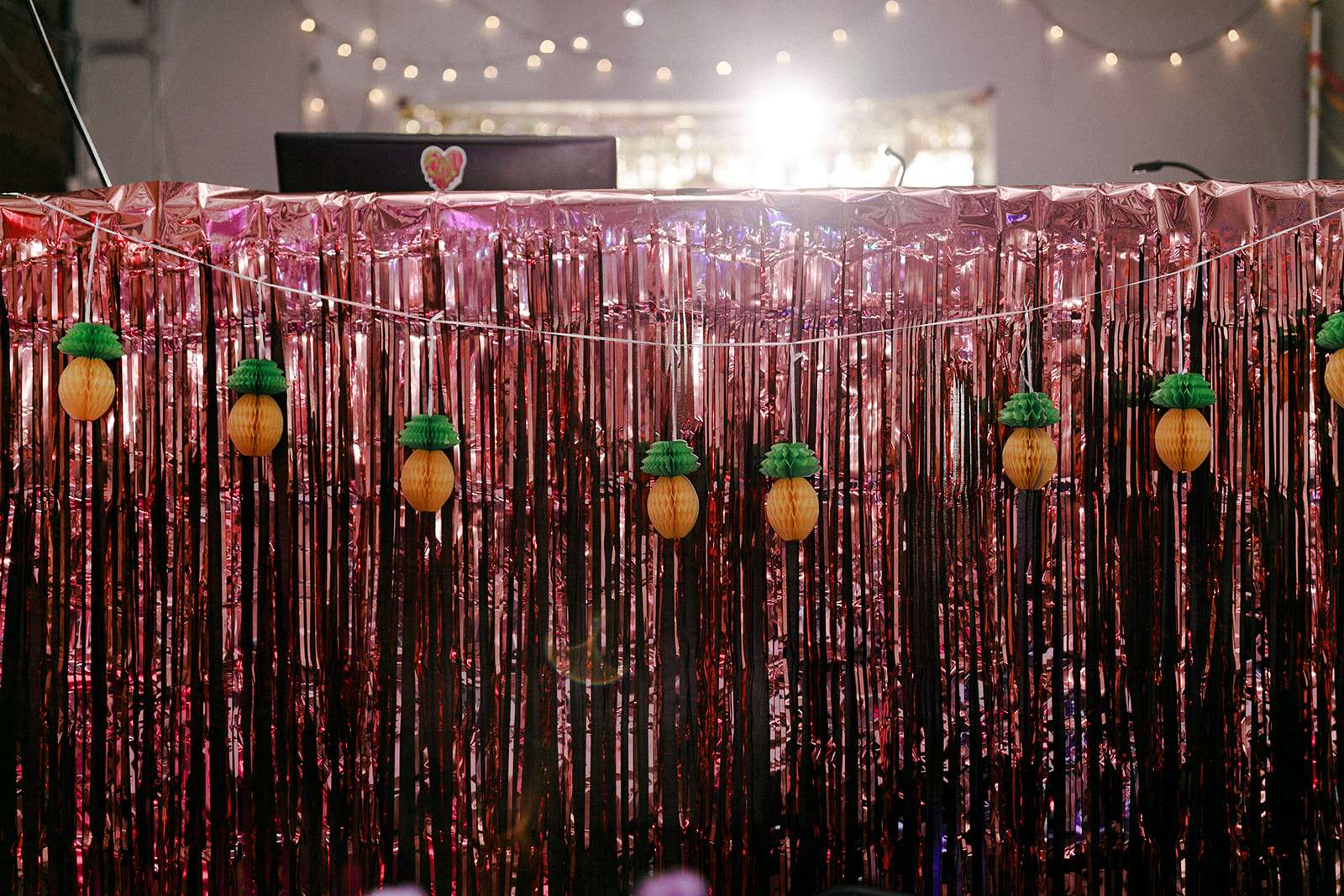 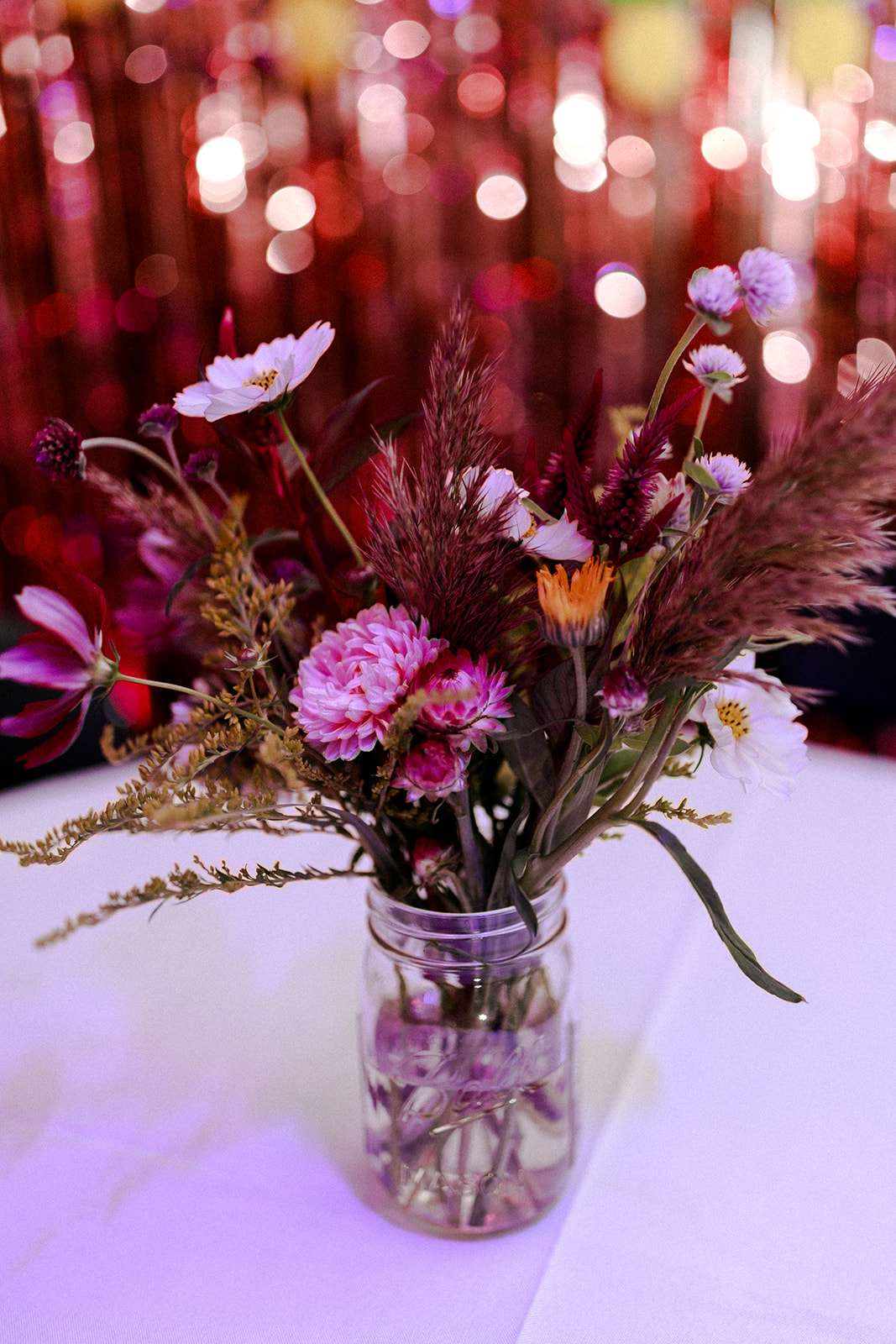 For decorations they went over the top and party fabulous! “A main concern was somehow getting a disco ball!” Courtney laughed. “For some reason this was somewhat difficult to rent one so we borrowed ours from a friend. We also had lots of balloons, garlands and tinsel purchased from michaels.com, ohhappyday.com, Amazon and bargainballoons.com.” 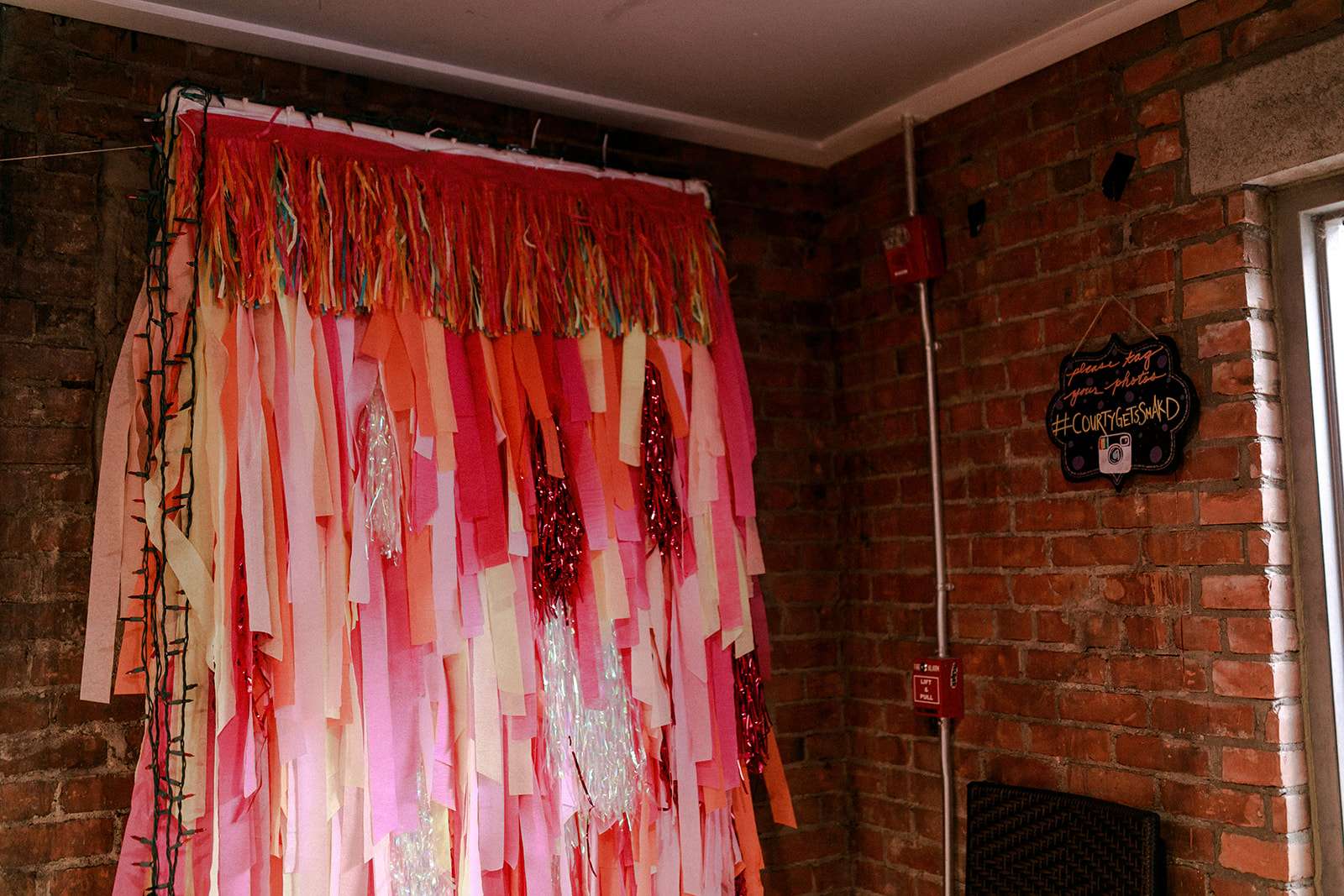 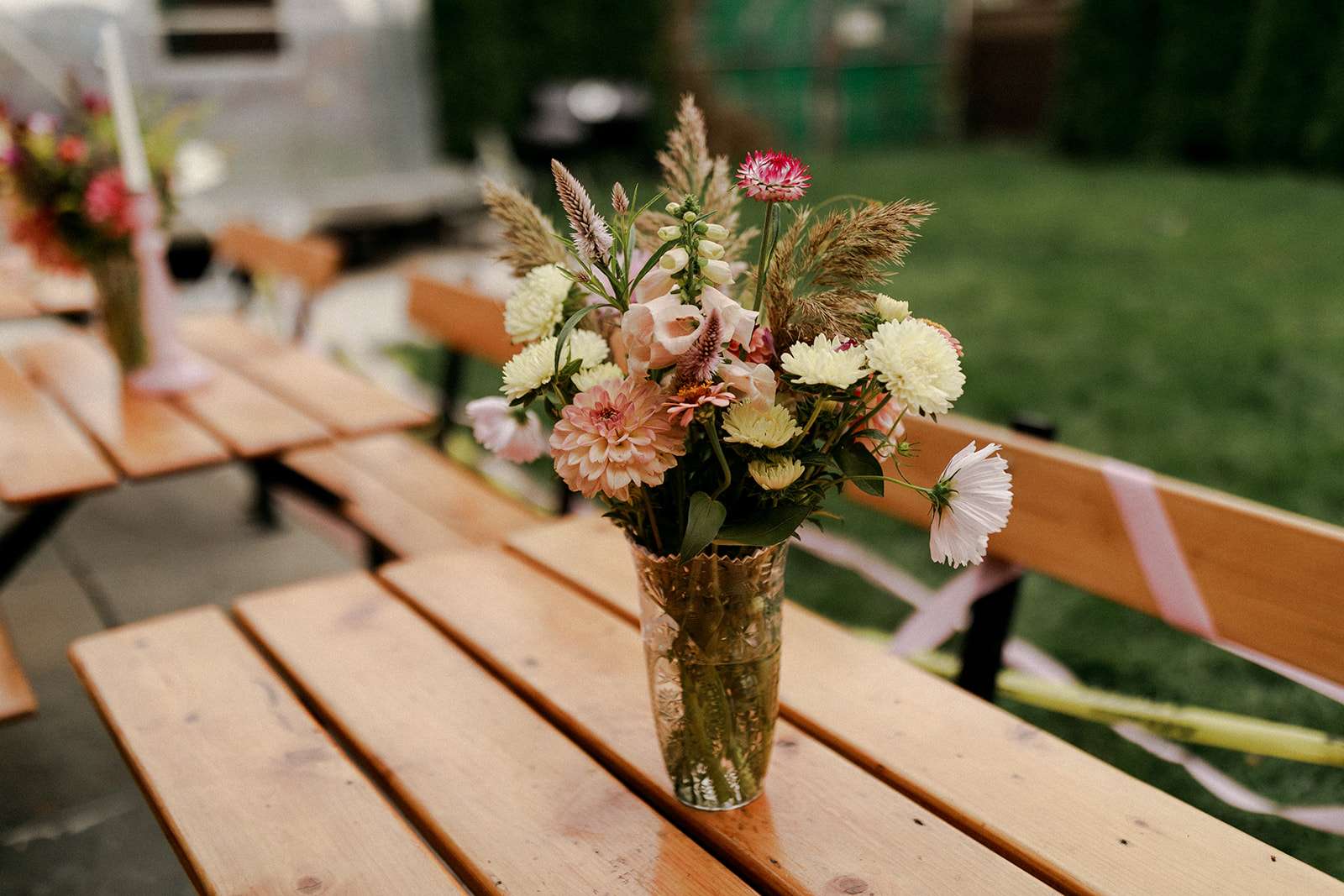 “Mark made our balloon arch above the stage with his groomsmen. We spent a few days blowing up balloons with our friends. We made our photo backdrop from streamers, chicken wire and piping. It took FOREVER and we kind of just winged it. Our friend Christian lent us her
ring light last minute so the backdrop could be lit.” 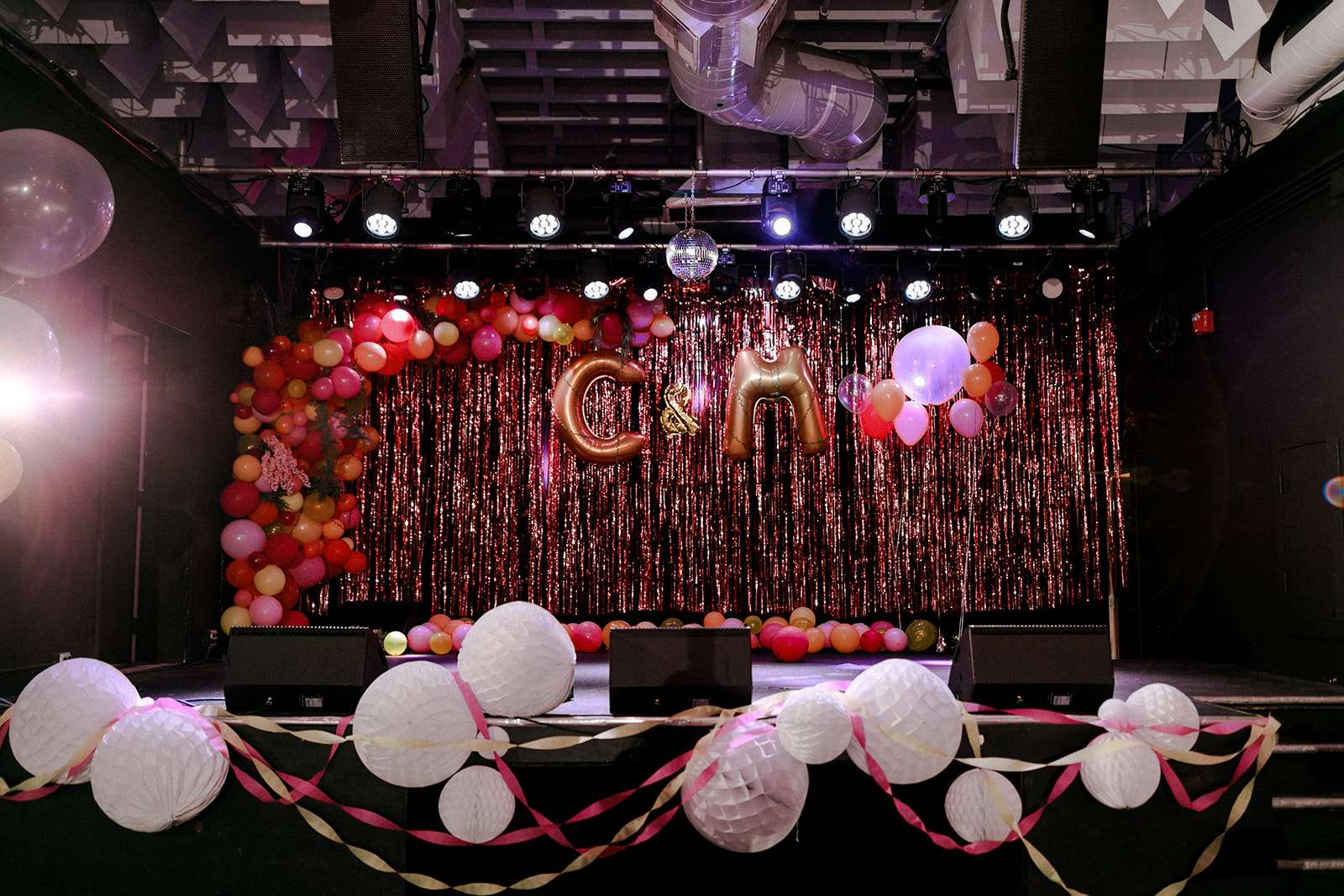 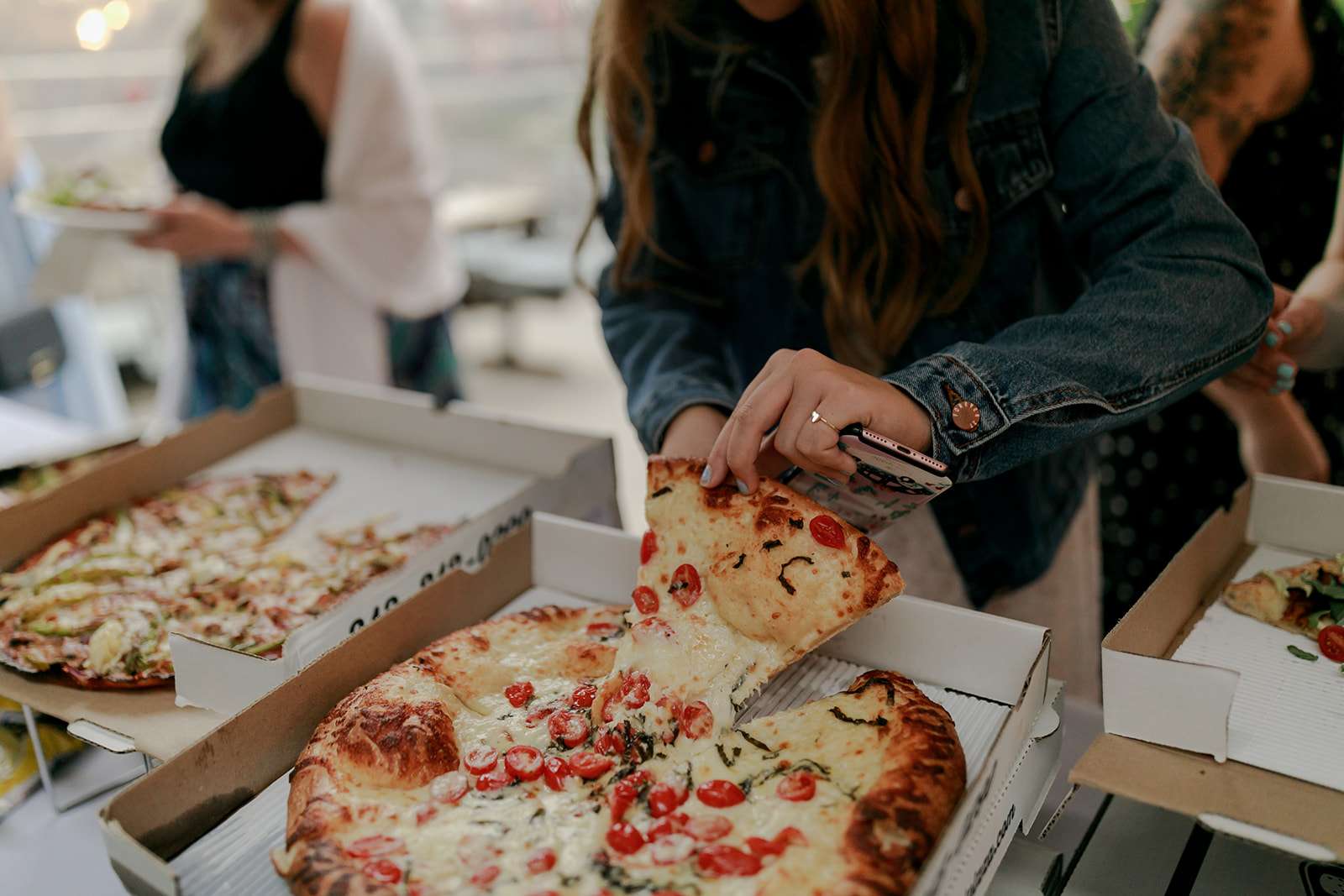 Courtney’s dress was vintage (as were the bridesmaids’) and she wore it with a peach petticoat, daisy lace veil and vegan platform shoes. She also had a personalised ‘Marky’ necklace made by Dainty and Gold. 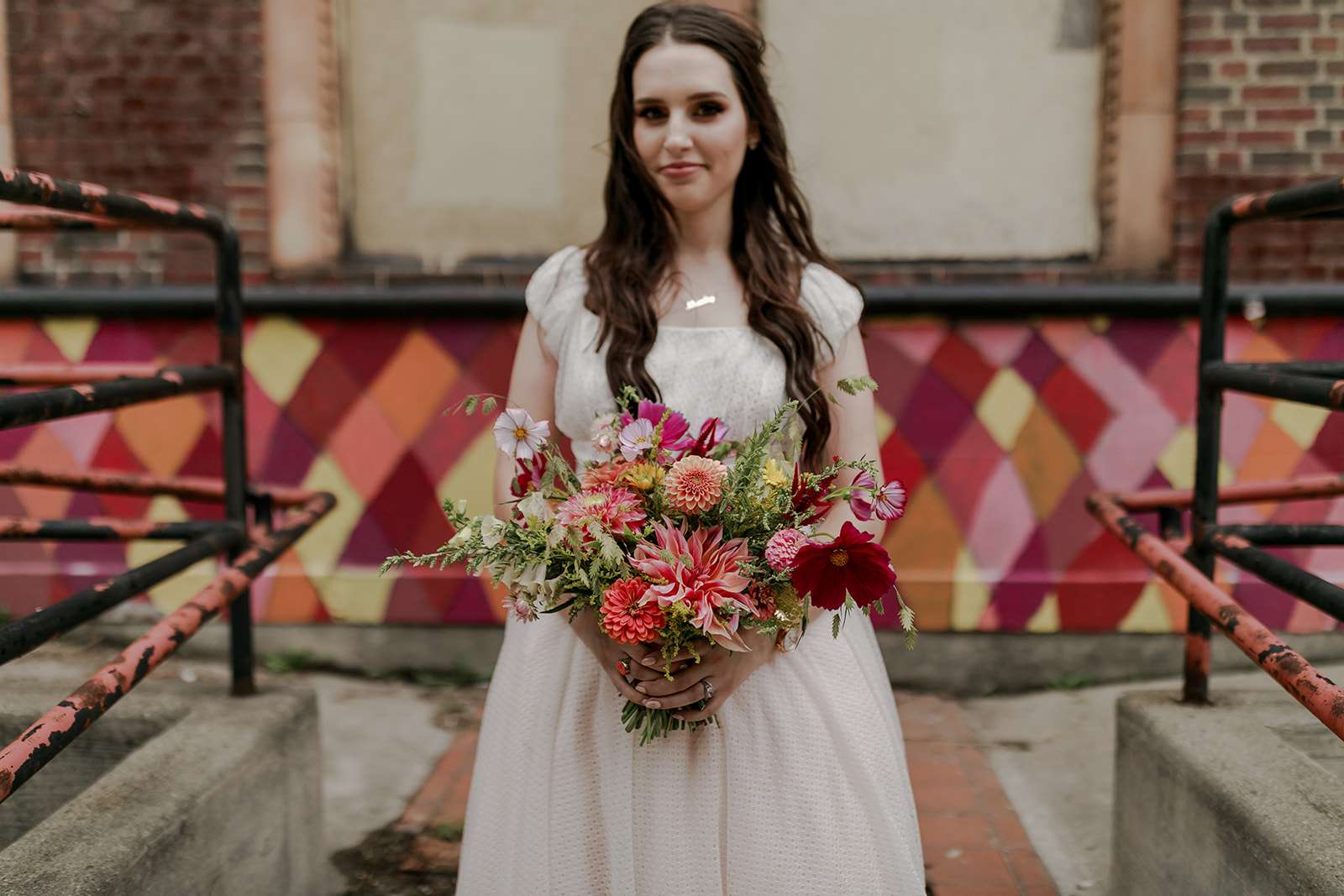 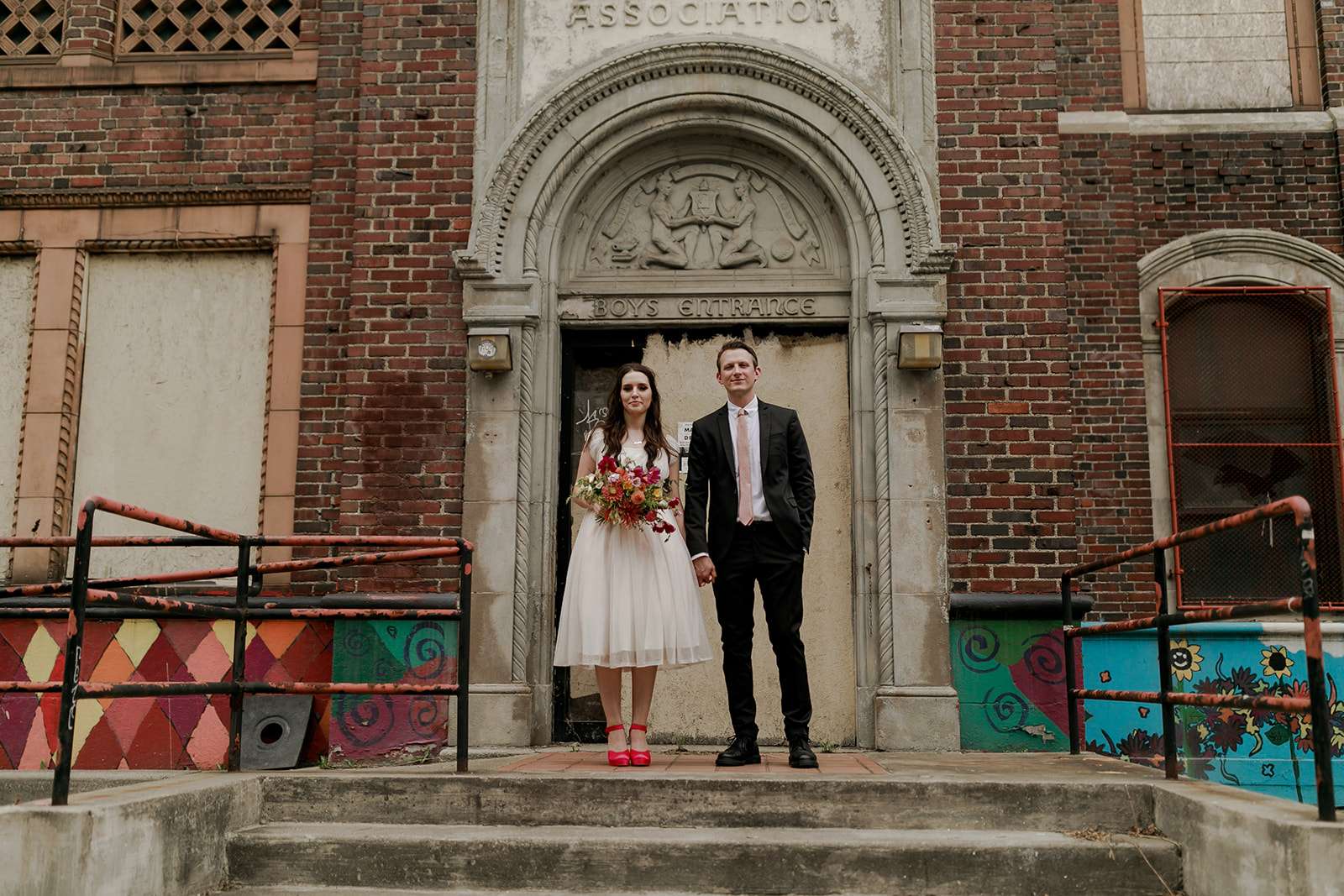 “The best part about planning our wedding was knowing we’d be married at the end of it all”, she said. “No amount of stress could really dim that light at the end of the tunnel. The worst part about planning our wedding was knowing certain people in our families were let
down that we didn’t want to have a Catholic ceremony but we had to do what was right for us.” 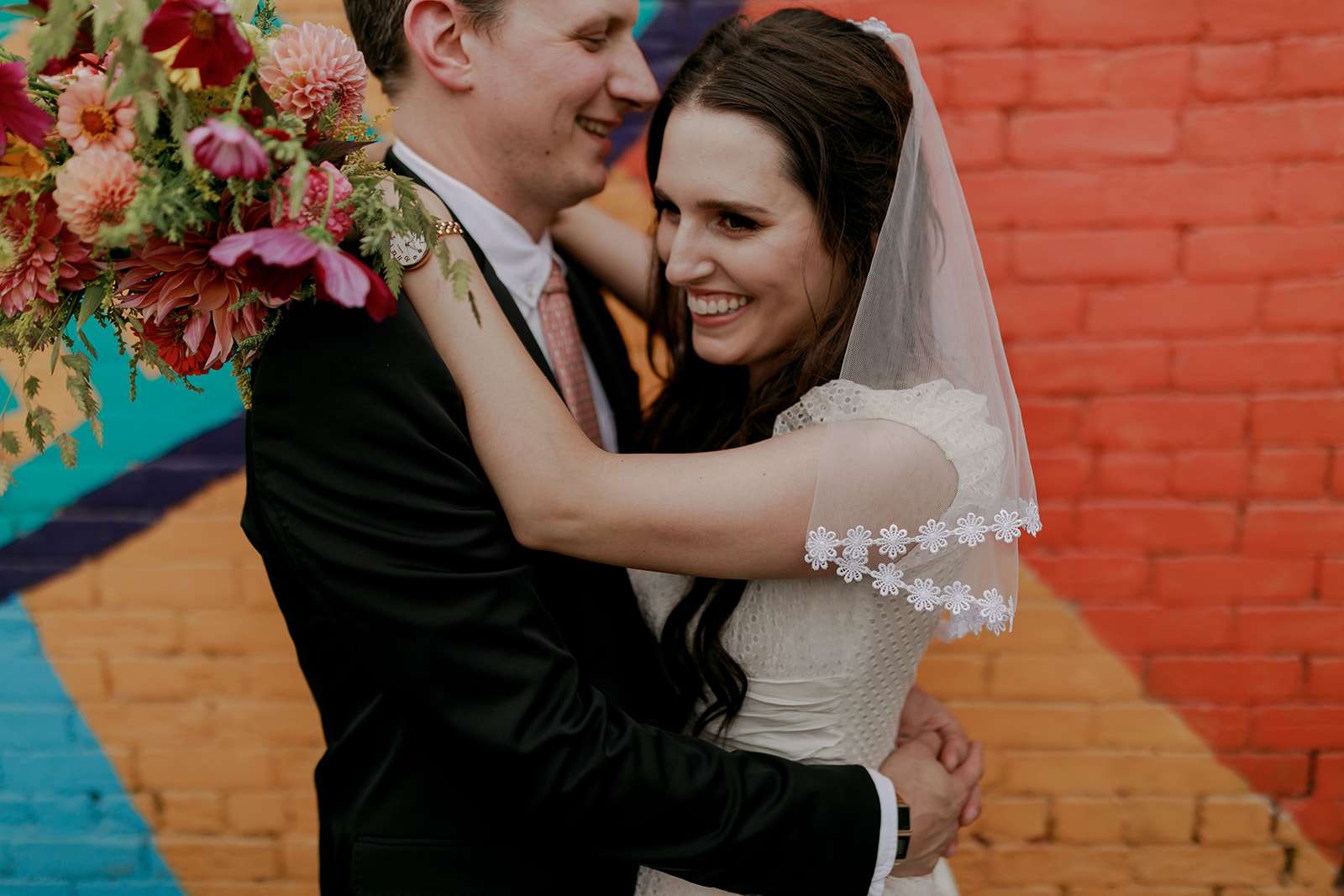 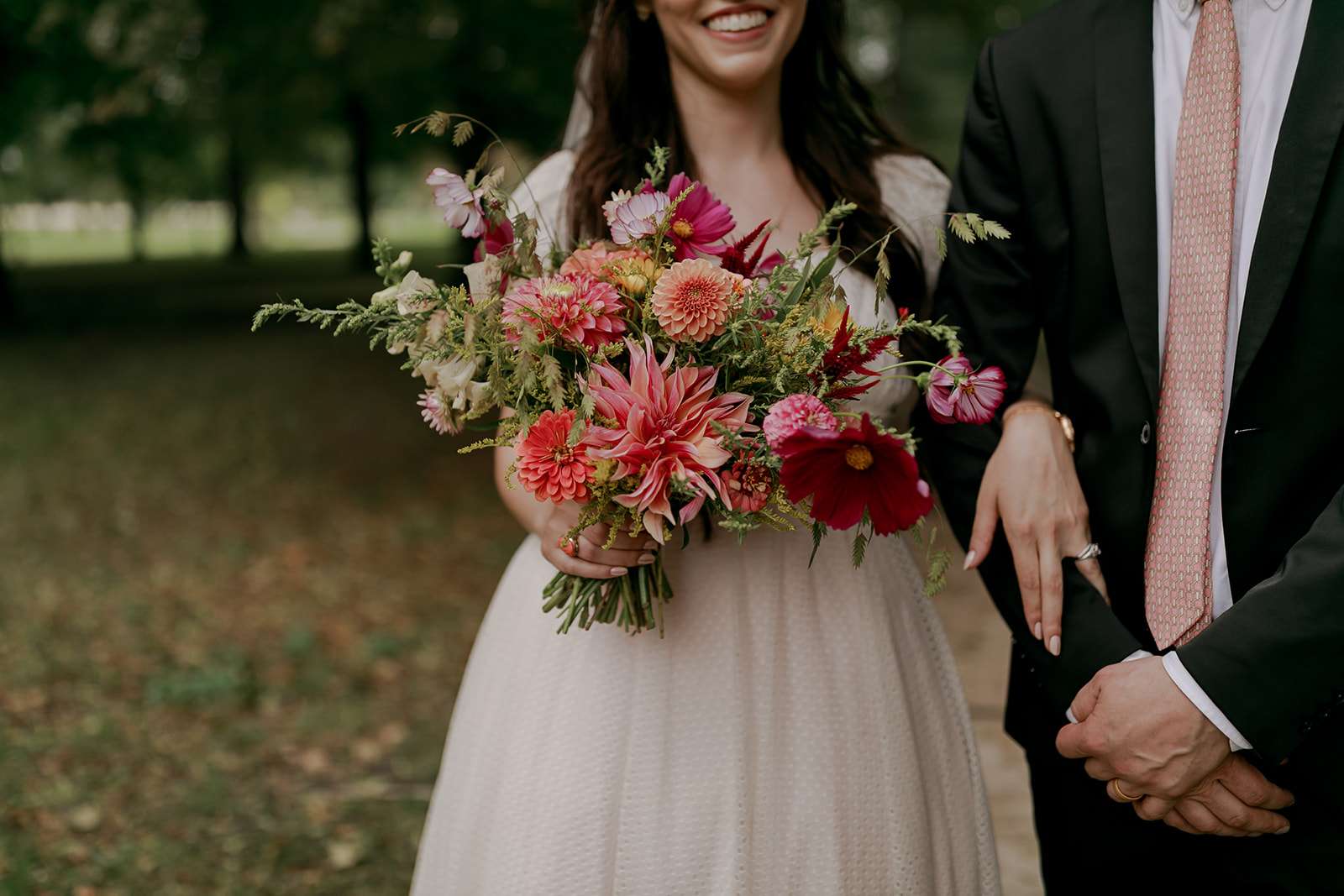 “Try to enjoy what you can about planning and try to be present in YOUR day”, she advises in conclusion.”Do all the things you want to do. Try not to be swayed by anyone else’s opinion of what they think or expect you to do. A lot of people have an idea in their head of what you should have, but at the end of the day, you’re marrying your person. Your wedding should
represent you and your love!” 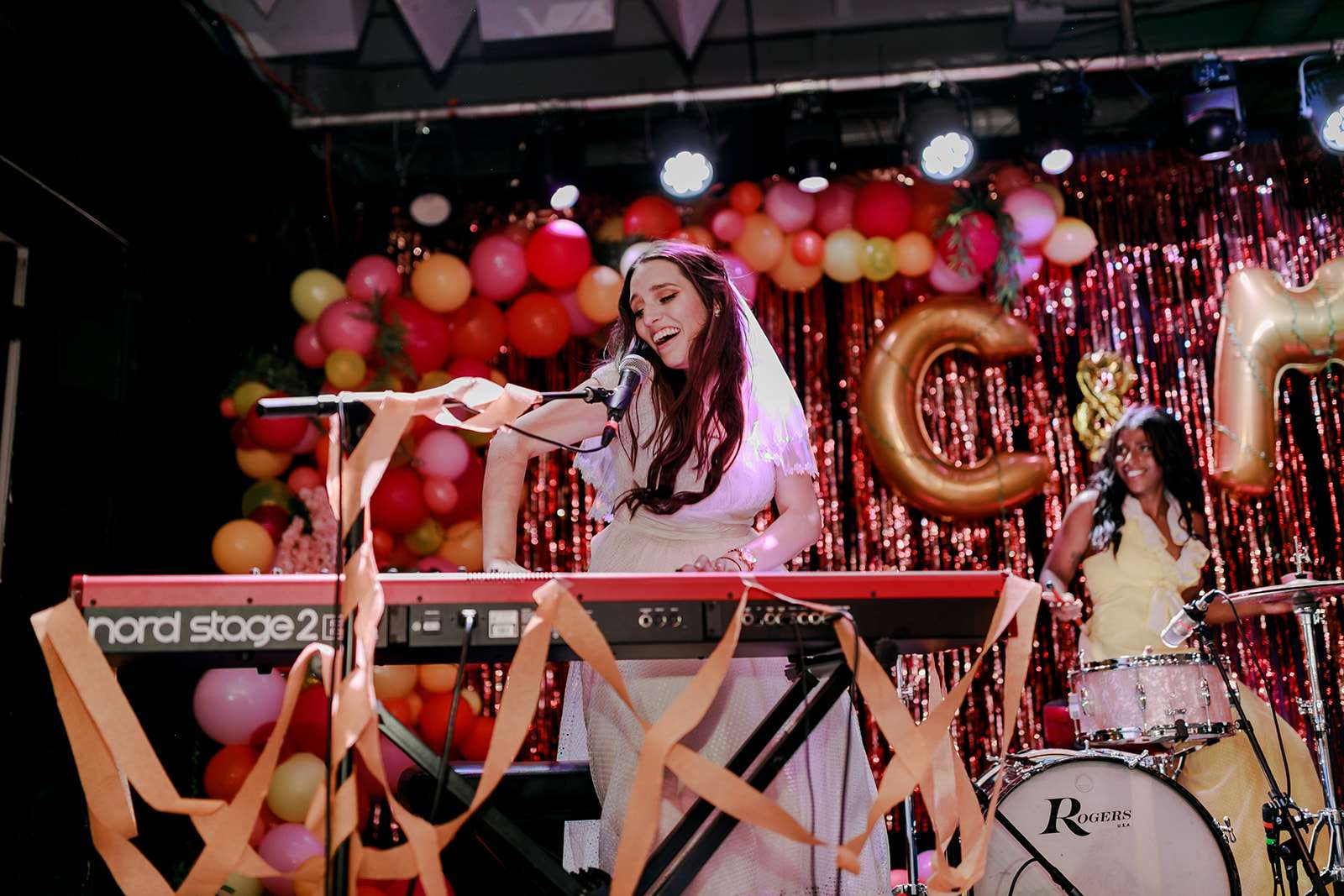 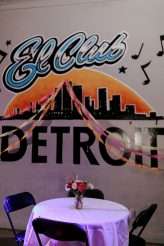 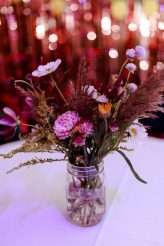 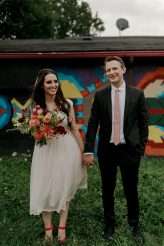 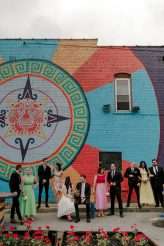 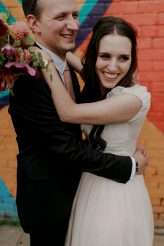 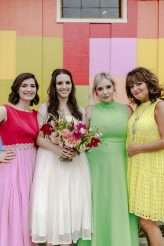 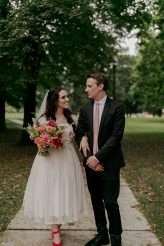 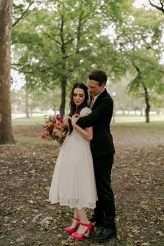 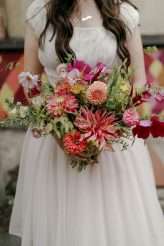 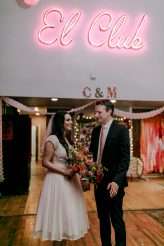 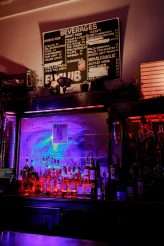