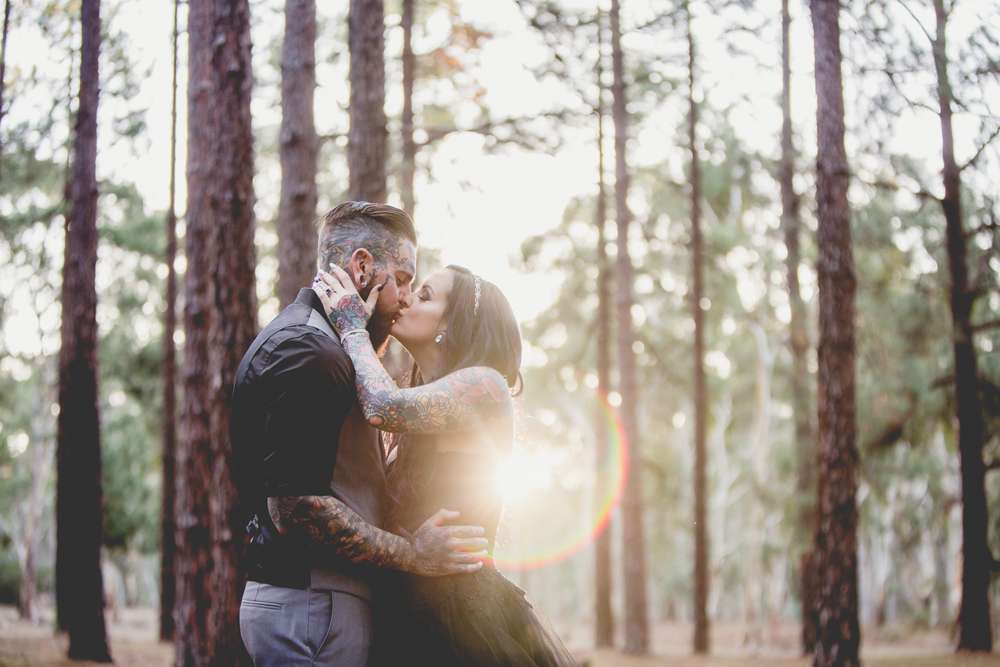 Allana and Alex’s wedding was inspired by what they didn’t want. They didn’t want their wedding to be like other weddings, instead they wanted a day that their guests would talk about for a long time afterwards. Their starting point was choosing the colours (black and white) and then they just ran with that!

“Our wedding was still somewhat traditional but with inverted colours,” began Allana. “I wore a black wedding dress and my bridesmaids wore white! We were inspired by what we didn’t want to do. We didn’t want our wedding to be like so many others. We wanted a day that our guests would talk about later, something that stood out and got people’s attention.” 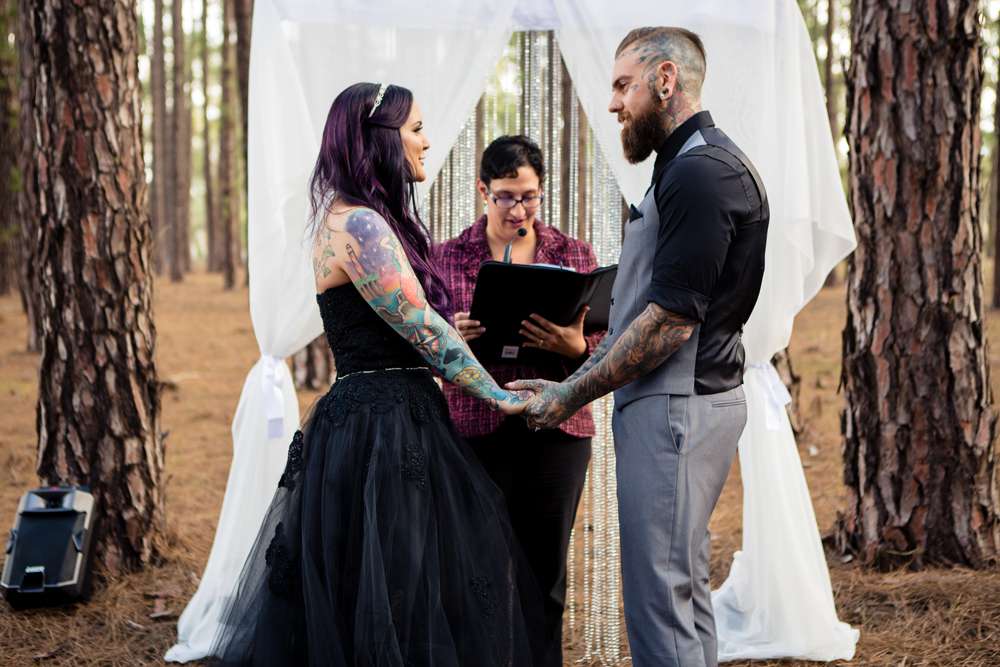 Neither Allana or Alex were very keen on public speaking so they made their ceremony very short. “Our ceremony was over very quickly… I don’t think it even went for a five minutes! Alex and I aren’t big on public speaking so we made it short, sharp and shiny. We had our ceremony in Mount Crawford Forest which is where Alex’s father’s ashes were spread. It was the perfect location for us; we felt close to him on such an important day. Luckily the weather was surprisingly perfect after fears that it would rain!” 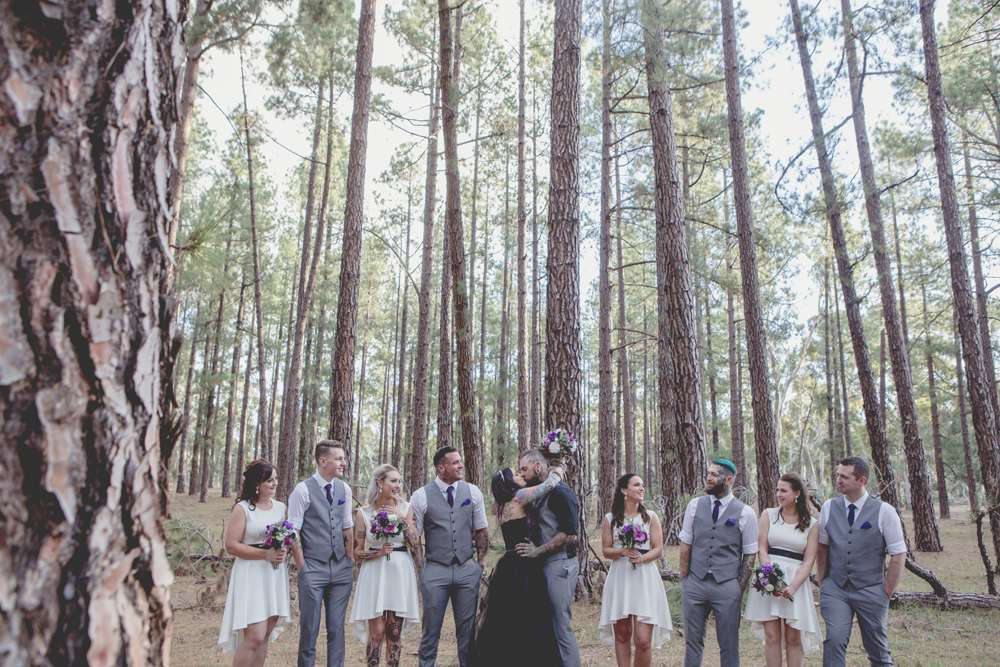 Alex took over DIY projects pre-wedding. “Alex made the photo board out of a palette, paint and fairy lights”, Allana said. “He also made the great big box that held most of the alcohol, and we also made our wishing well with the help of our florist.”

They spent the most money on Allana’s dress, but saved money on their venue, “Our biggest expense was probably my dress,” she sad. “What’s the point in having a perfect day if you don’t feel perfect? I tried so hard to find something that I could just buy and make work but I had an idea in my head of how I wanted to look and I just couldn’t settle. It still wasn’t a crazy amount ($1900) but on a budget wedding I think that was the big one! However, by not hiring out an actual venue for anything saved us tens of thousands! It was only $200 to hire the forest and we had our reception at Alex’s mum’s house. We spent $1500 on alcohol and food and everyone was happy!” 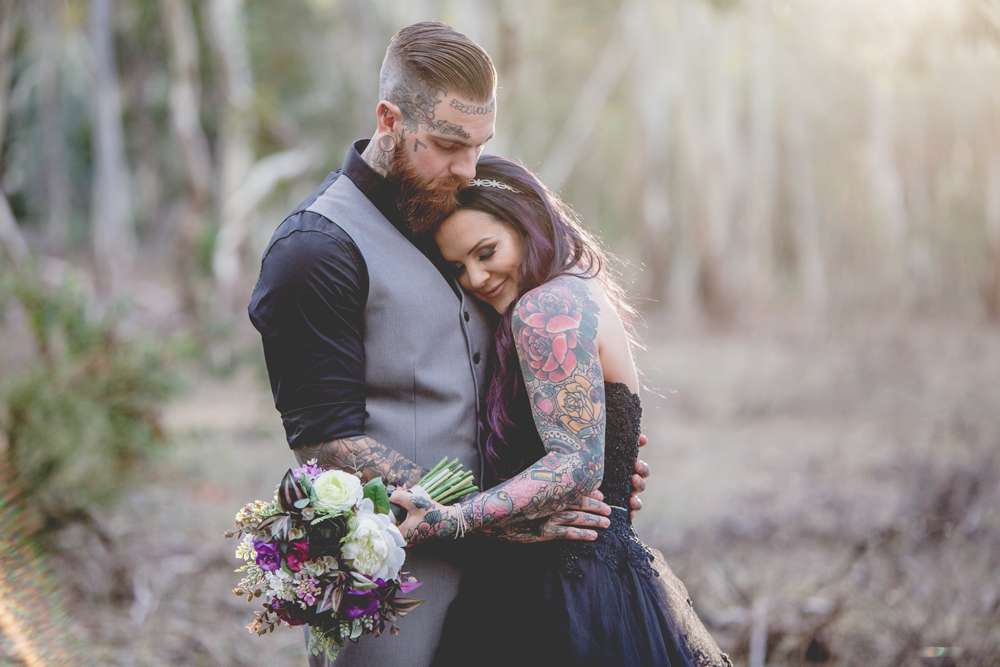 The best part of the planning for them was watching it all come together on the day, “It was so hard to envision how everything would look when it was all set up because it wasn’t at a venue, but everything came together so beautifully and it made all the stress and tears so worth it. The worst thing about wedding planning was knowing exactly what you want but not being able to find it ANYWHERE! I’d get all these ideas in my head thinking it would be easy to create but then end up searching the Internet at 3am trying relentlessly to find SOMETHING similar enough to work! Also, sorting out the guest list was NOT a fun time. It was so hard trying to work out who makes the cut and who doesn’t. We’d have loved to have had soooo many people there.” 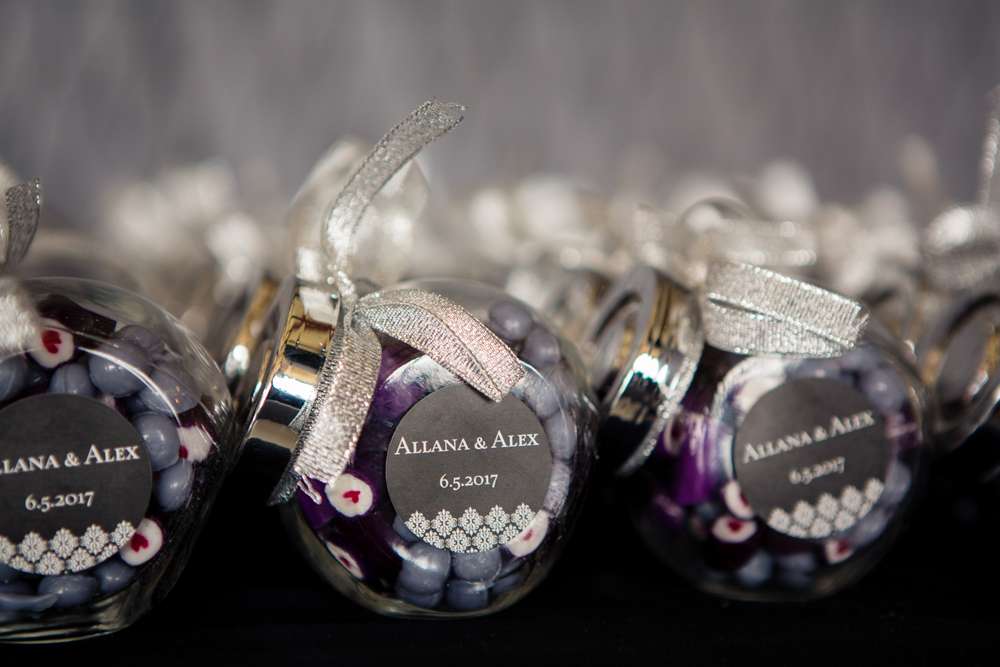 “Our advice for future brides and grooms is don’t worry too much about the little things. Trust your suppliers and keep a diary with all the important stuff. It’s a lot easier to keep track in a diary/planner than in your phone calendar! Don’t listen to anyone else unless you ask them for help. It throws a spanner in the works when someone pipes up with their ideas or who you should’ve invited or what other people might think. Just do you. It’s your day and you want it to represent the two of you and not other people’s opinions.” 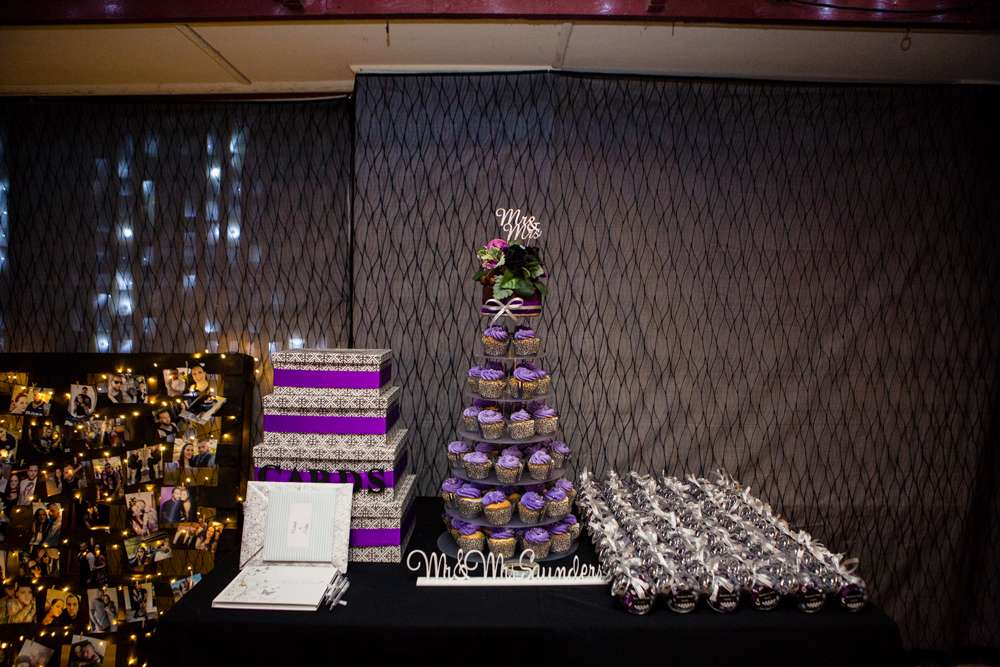 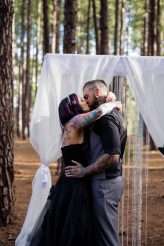 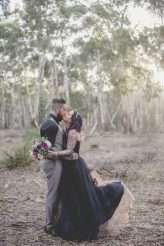 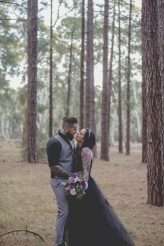 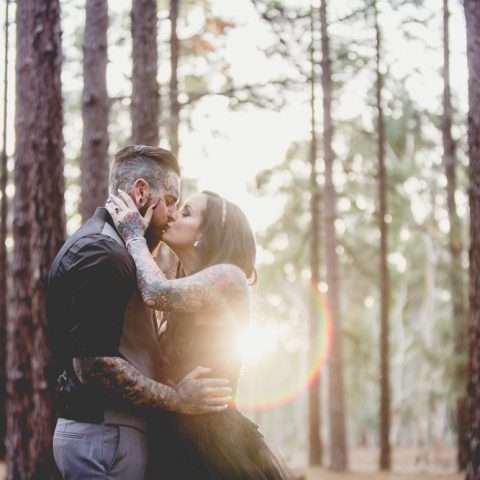 Moa and Ludvig always knew they wanted to elope, they also wanted the day to feel casual. The groom was originally going to just wear jeans (but decided at the last minute to dress up just a little bit!) and the bride bought her black dress from My Malina but accessorised it with shoes and jewellery she already owned.

A Gothic Wedding with a Latin American Twist

wanted their wedding to have a classic goth feel, but with a Latin American twist. "We truly lived up to the definition of a 'goth wedding'", said the bride, "from my dress down to the Dr Martens shoes we both wore."