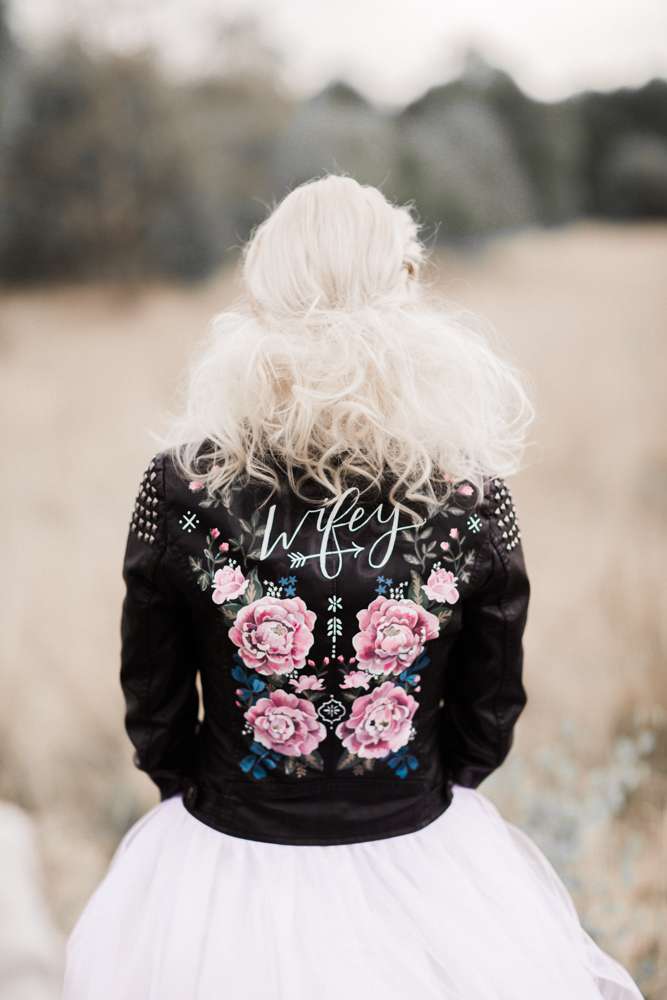 I’m not usually one for wedding ‘trends’ but if there’s one that I can totally get behind, it’s the painted leather jacket. What a perfect way to add some personalisation to your wedding outfit, while looking totally bad ass at the same time! Team it with a floaty dress and black boots and you’re on to a total winner.

This shoot, send over by photographer Rebecca Searle ticks all these boxes and so many more. I’m so thrilled to be sharing it today! 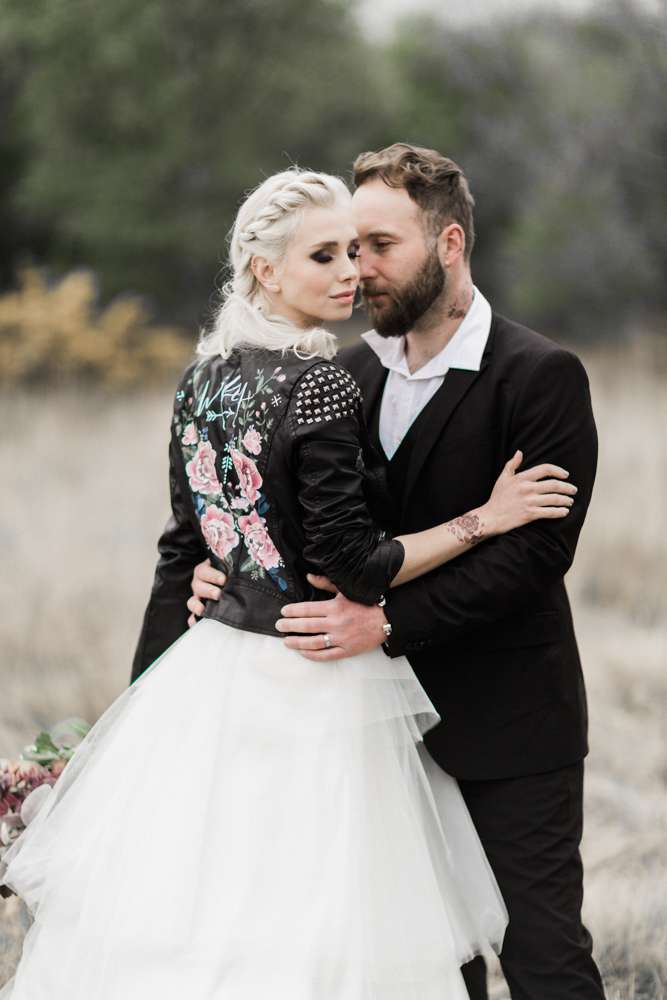 “This is a seductively dark editorial featuring a painted leather jacket and handmade lace boots”, Rebecca writes. “This shoot is dedicated to the bride who is not afraid to celebrate her inner rock chick but who also wants a beautifully polished bridal look.”

“Our original inspiration stemmed from seeing the incredible painted leather jackets created by Wolf & Rosie. We knew they would pair perfectly with the understated elegance of the Kate Edmondson dresses which have such a contemporary grace about them. Once we stumbled across the totally unique, and rather provocative and fun ‘Goodnight Sweetheart’ lace boots by House of Elliot, we knew they would all fit together perfectly.” 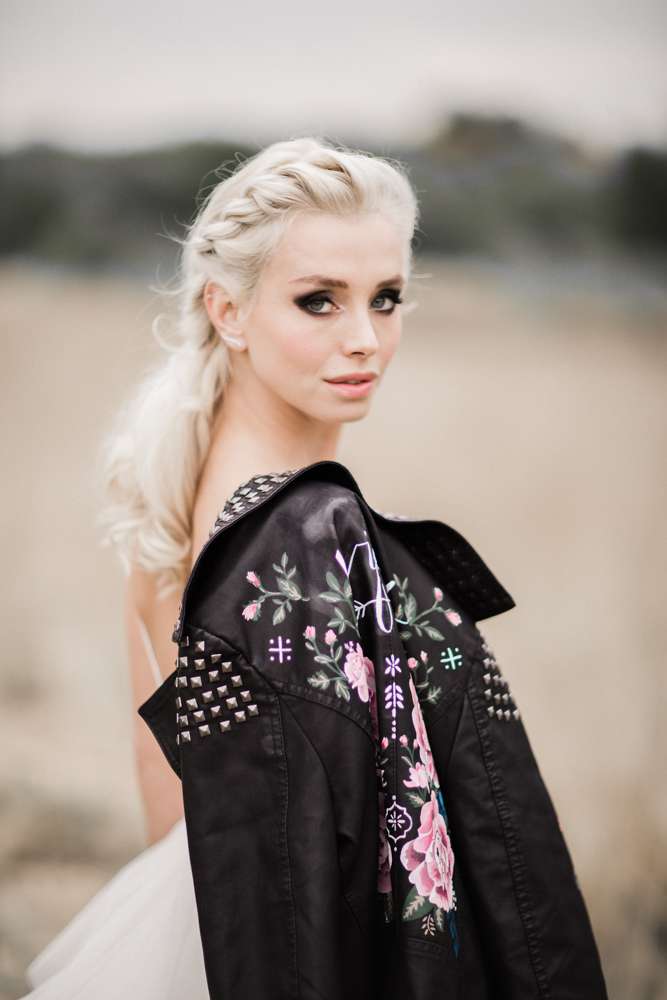 “The bride’s bouquet was designed by floral artist and stylist Cassandra King. Cassandra loves creating unique bouquets for original brides. Too often the bouquet can be an afterthought – and it is such an integral part of a whole look. All three bouquets were large loose and wild, they helped shake up some of the usual bridal flower traditions!” 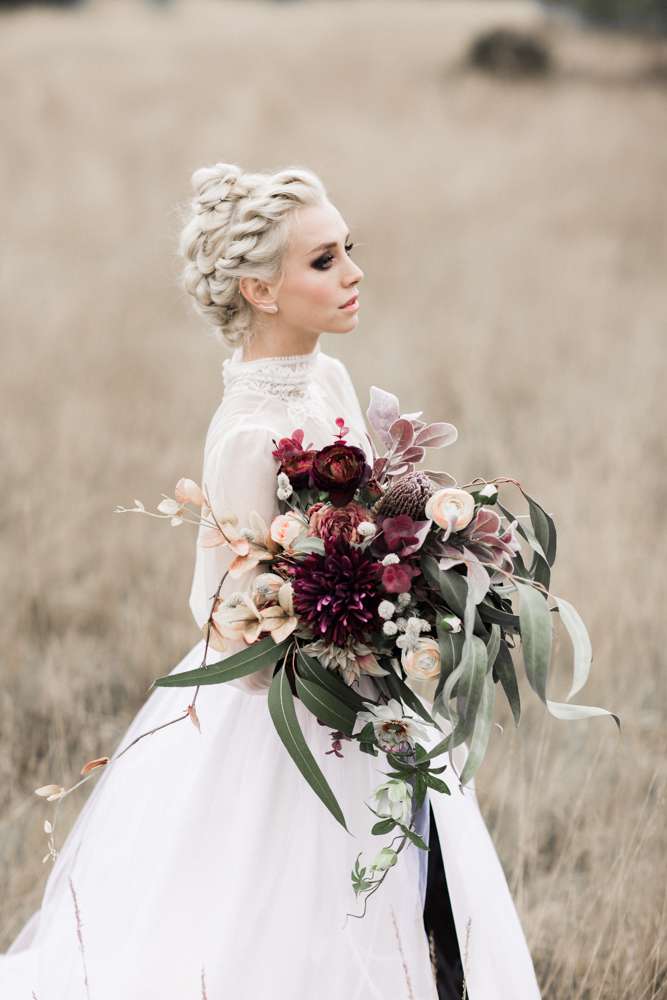 Shot out in a field in Chobham in Surrey, the backdrop had the perfect combination of neutral tones to compliment the more dramatic styling. “We hope that our shoot inspires brides to be fearless when incorporating unconventional looks into their bridal style”, Rebecca says. “You can still feel elegant and look completely cool and yourself at the same time. We hope it inspires them to create a wedding day which is a true representation of them as a couple and their style.” 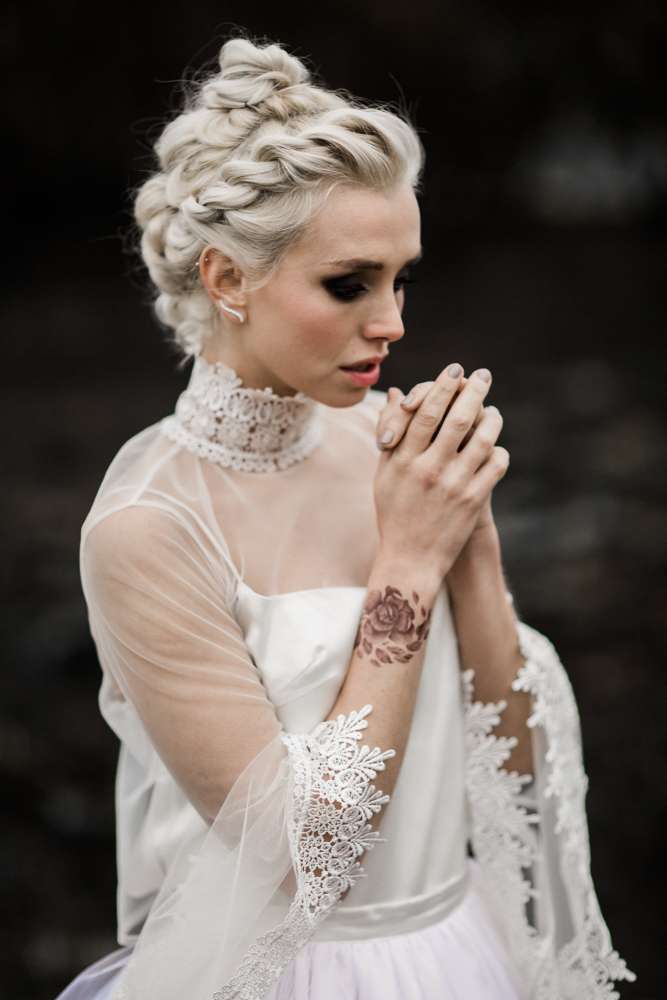 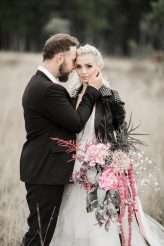 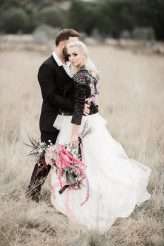 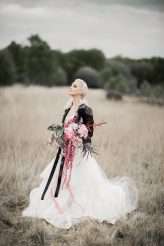 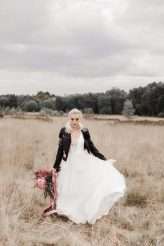 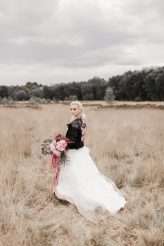 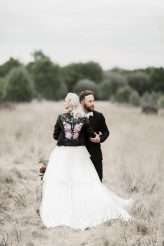 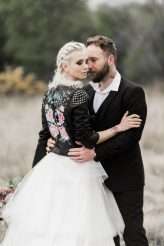 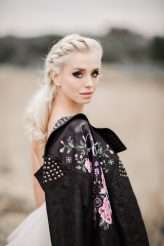 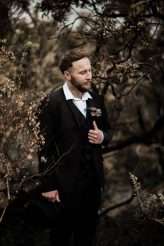 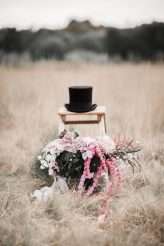 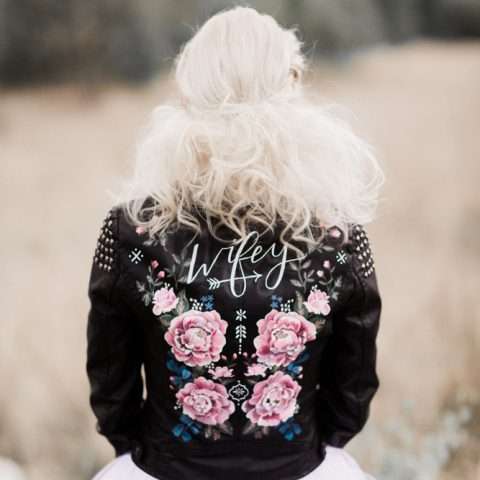 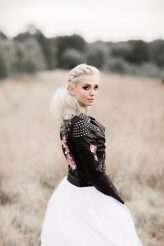 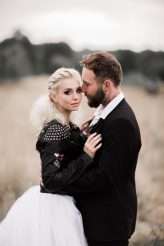 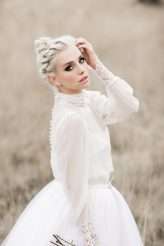 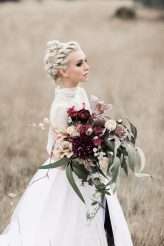 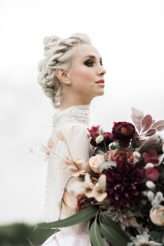 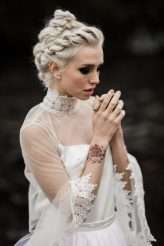 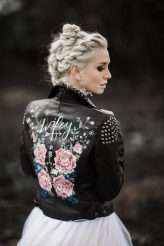 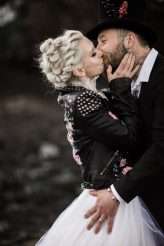 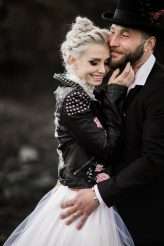