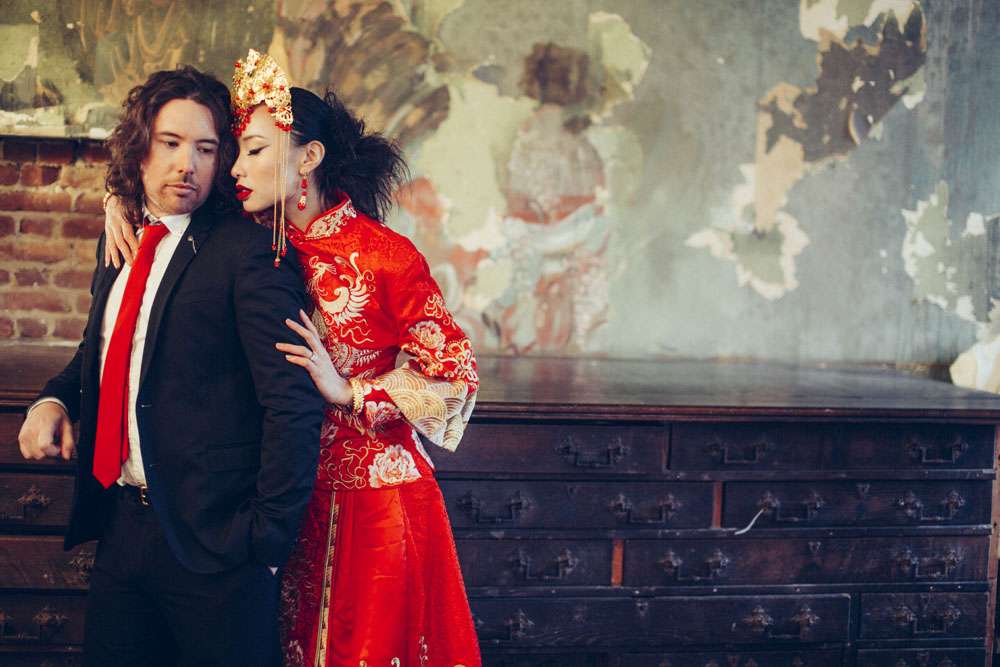 I’ve got a little something different for you today. No, this isn’t a photo shoot with models, it’s Jocelyn and Jake’s real wedding portrait session!

“Being a creative couple, we wanted something that is a little different from what my friends have for their wedding photos”, said the bride. “Other than having a wedding and a bridal shoot in winter, we wanted a style that is quite unique. Our shoot was set in a manor house, Hammerwood Park. The interior really gives a strong presence in the images with the textures and colours within. It’s almost each room has its own personality.” 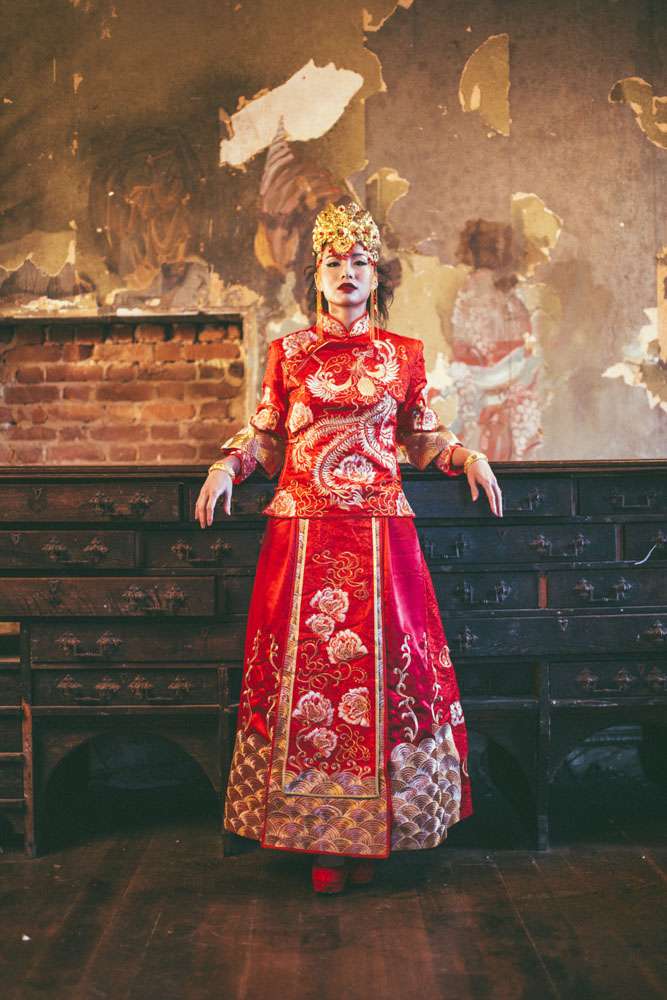 The shoot had two distinctive themes, one to suit Jocelyn’s traditional Chinese wedding outfit, and the other for her more western attire. “The dresses were my own, I actually sourced them online back when I was in Hong Kong”, she continued. “We wanted both my traditional Chinese “kua” as well as a white bridal dress. The Chinese outfit is vastly different from colours to jewellery – it emphasises on red and gold, auspicious colours for festivities in my culture. There is also a phoenix and a dragon that symbolises the husband and wife. The headdress is gold and appears to look like a bird, or a phoenix. The gold bangles are worn on both wrists and each have a phoenix and a dragon carved on it symbolising marriage. There is a character on the outfit embroidered, signifying happiness.” 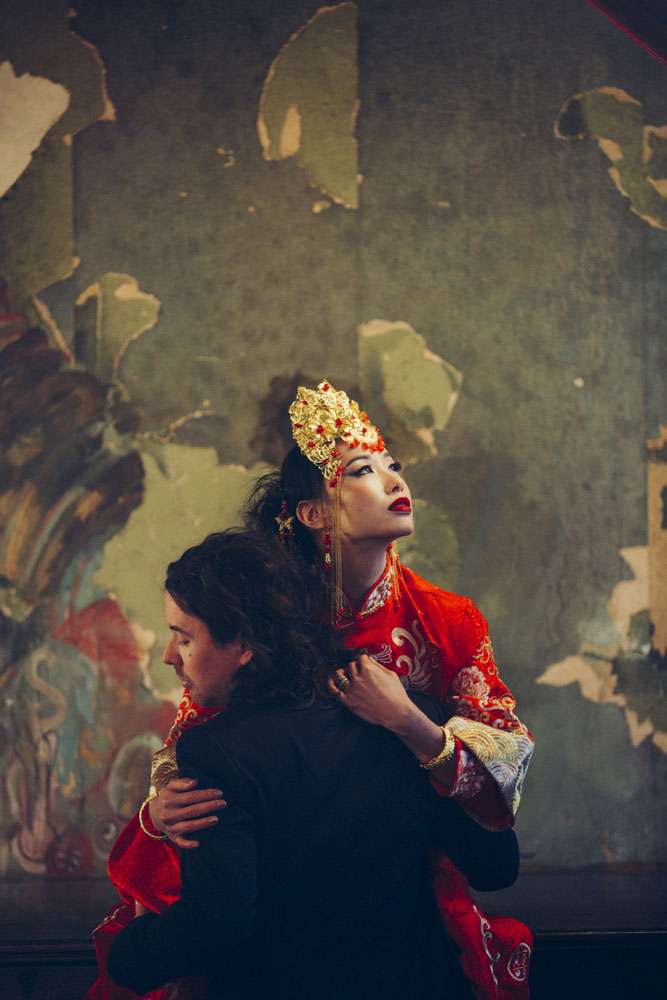 The bride (a model) and the groom (a photographer) had grand plans for their wedding shoot. They didn’t have their small wedding in China photographed professionally so they wanted something spectacular for these shots. “Jake and I are both creatives, we love looking at aesthetically pleasing and intriguing images, so we went with our photographer, Wayne, who can create something different in-camera and a strong style. I was definitely hoping for something bit more ‘editorial’ with these photos and I think we achieved that.  We hope our photos inspire other couples to not be afraid to do something out of the box and/or editorial if you’re wearing something traditional.” 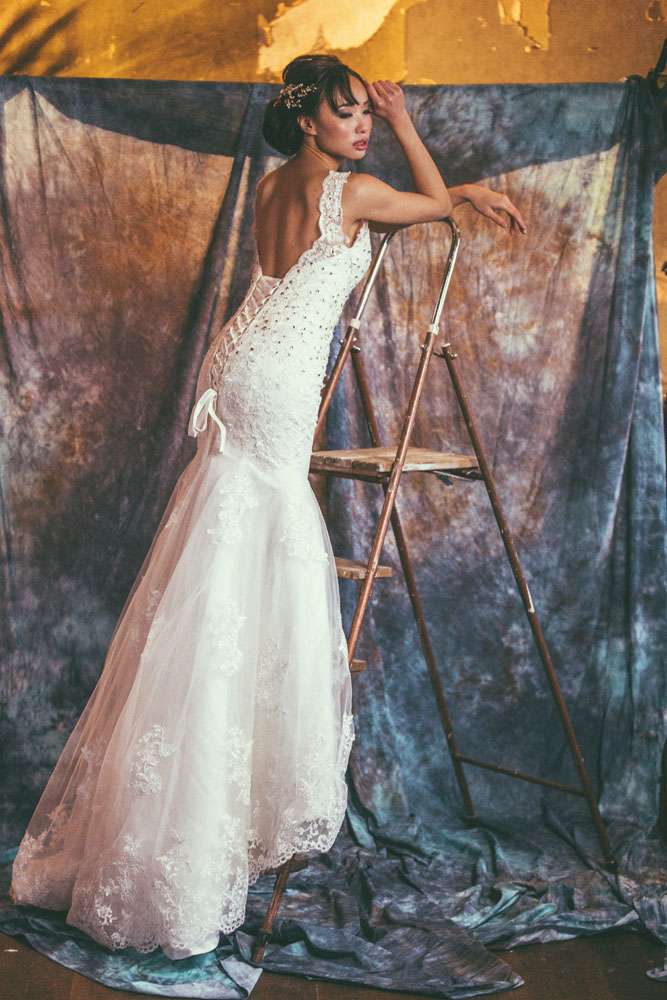 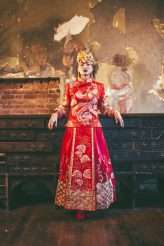 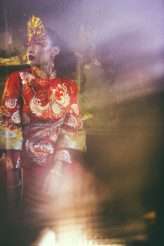 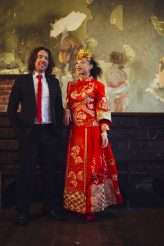 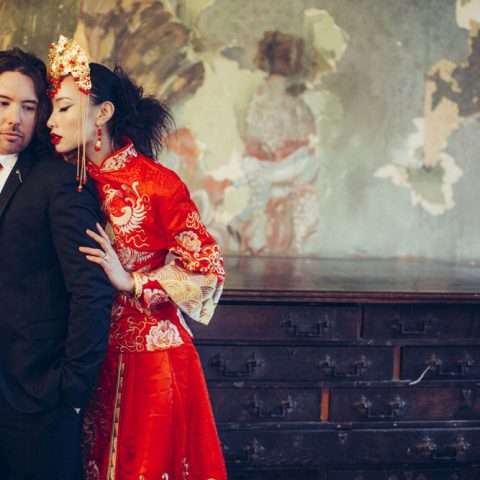 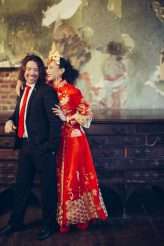 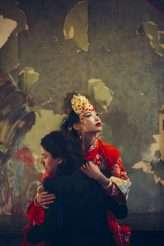 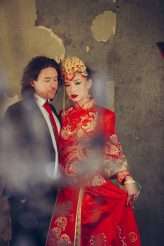 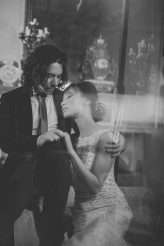 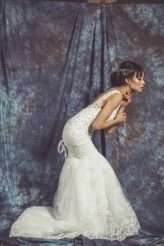 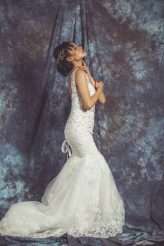 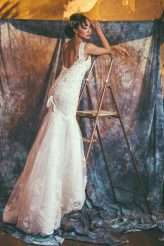 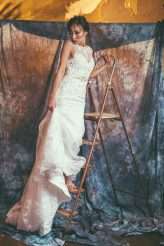 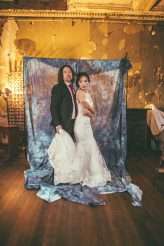 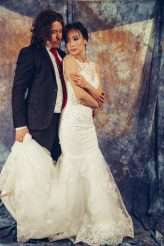