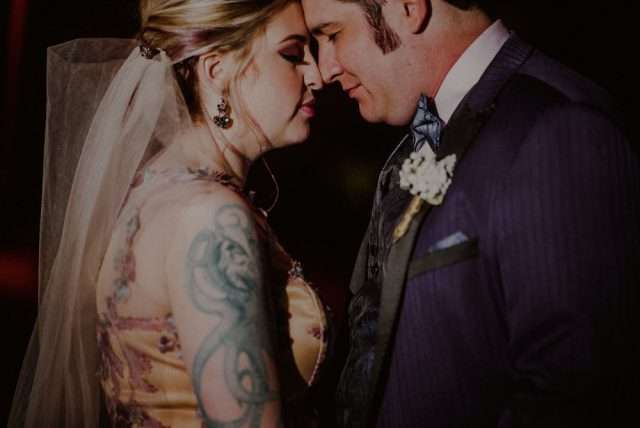 Katie and Patrick met in high school when they were 15 and were friends for 10 years before they got together. They wanted their wedding to be non-traditional, fun and fully represent themselves as a couple so they just included things they loved. They were married at  The Madison Hotel in New Jersey in October. 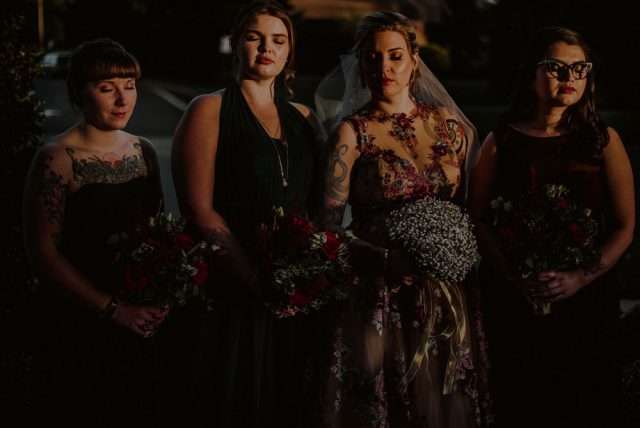 “Our ceremony was non-religious and light-hearted”, began the bride. “We wanted a ceremony that celebrated friendship and love and commitment. We had some mishaps with the candle lighting but we ran with it and wouldn’t change a thing.” 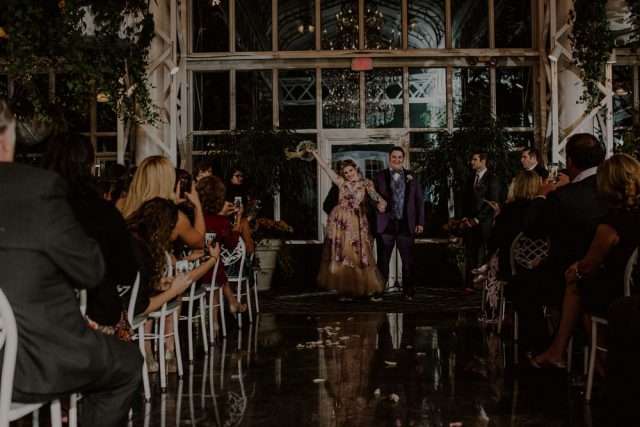 The wedding day didn’t begin as smoothly as hoped for Katie because the zip on her beautiful Chotronette dress broke! “Almost as soon as the dress was zipped up, it split. One of the teeth were not aligned and the more you zipped it up and down, the more it wouldn’t hold. Patrick’s mother Maryann (an amazing seamstress) was called IMMEDIATELY and luckily the hotel has those little sewing kit samples for small emergencies. Unfortunately the amount of thread included is very small so we had to go to the reception to ask for a handful! No one had any scissors but weirdly my sister had a box cutter in the bottom of her backpack. So with hotel thread and a box cutter Maryann sewed me into my dress… that’s when I had my first drink!” 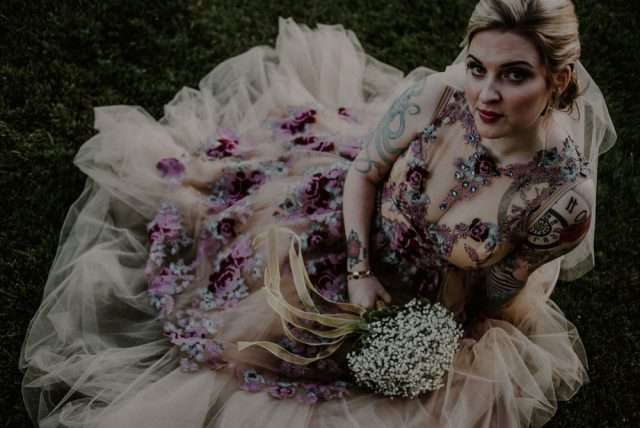 “Funnily enough Patrick had a wardrobe malfunction too! We danced so much, almost the whole night, that some of the buttons on Patrick’s vest popped off and I had to be resewn into my dress AGAIN, but this time by an intoxicated cousin! However it was so funny and I wouldn’t change a thing.” 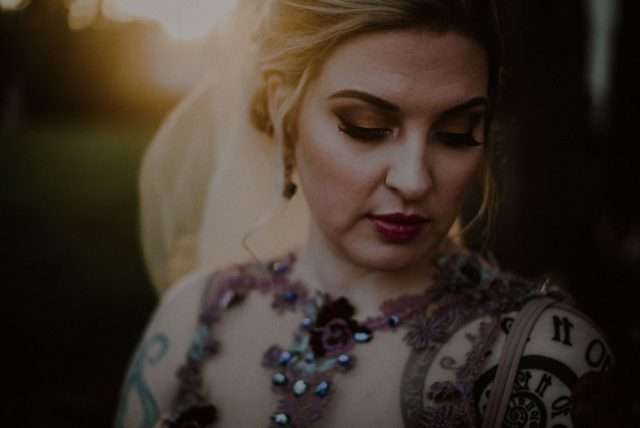 The couple found it tricky to find a venue they loved, but when they did it was perfect. “Our biggest expense was the venue”, Katie continued. “It was hard to find some place that spoke to us, that was also unique and accommodating but once we chose it, almost everything was chosen to compliment the venue in some way. It’s a beautiful hotel and the lobby and restaurant reminded us of The Titanic!” 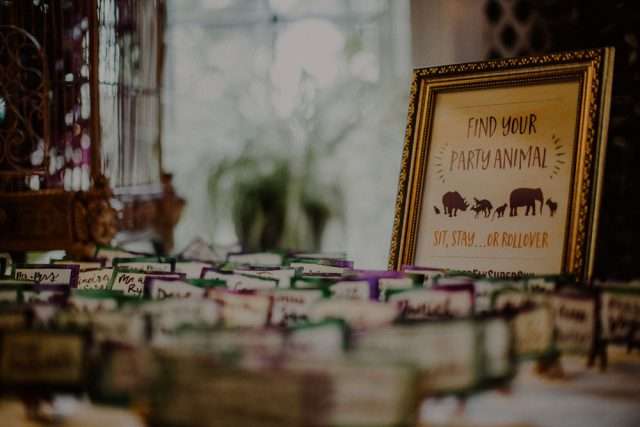 “For DIY projects we hand-painted the escort cards with help from our friend Monica who wrote all the names beautifully. My mother helped us paint and cut the little animals and Monica also made the signs: the bar sign, the cards and gifts sign, the escort table sign, our instagram sign and the signs that were placed on a memorial table for Patrick’s best friend who we lost two years ago.” 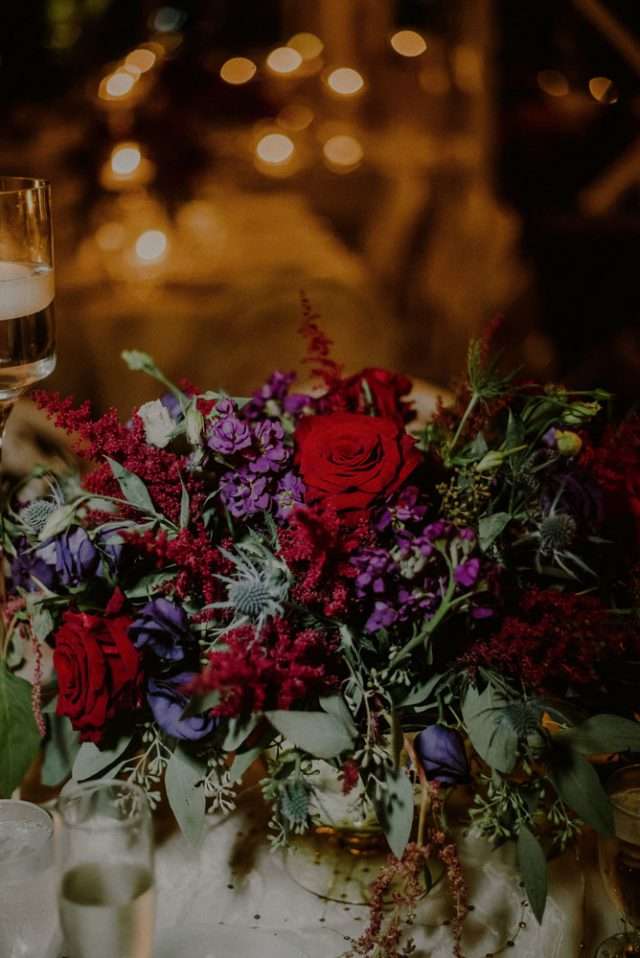 “Another funny part of the day was the cardboard cut out we had of Patrick’s cousin, Eddie. He was unexpectedly offered an amazing job opportunity in Japan so had to leave about a month before the wedding. Obviously, we really wanted him there, so we ordered a life-size cardboard cut-out from lifesizecustomcutouts.com. He was included in everything, from the ceremony to the photos to the dancing!” 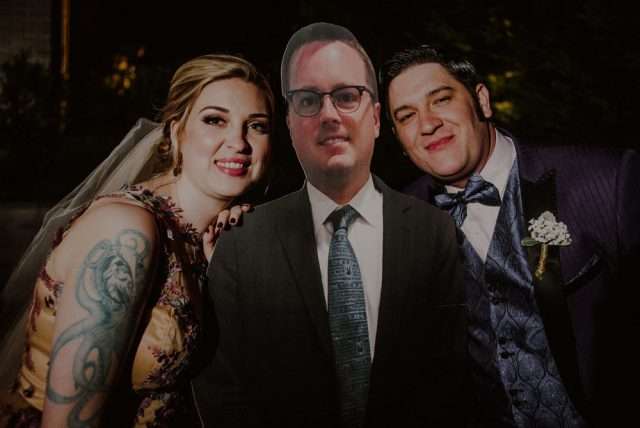 “Our advice for future brides and grooms is to be more organised than we were! Planning a wedding is hard work, and not having everything you’re planning organised well can make it a bit frustrating.” 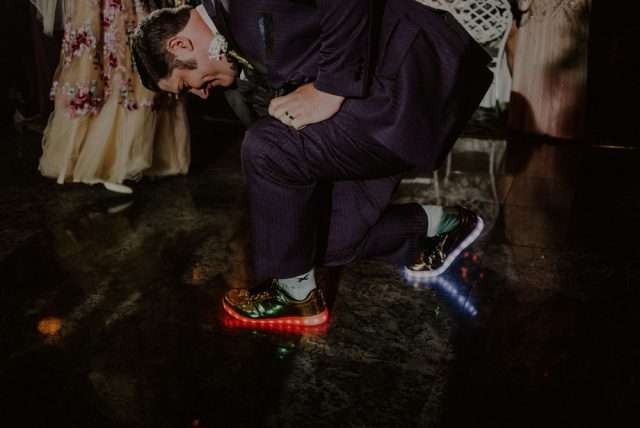 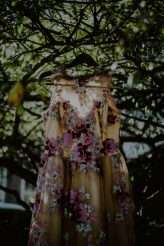 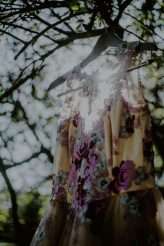 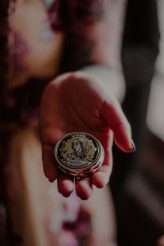 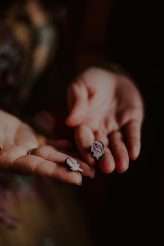 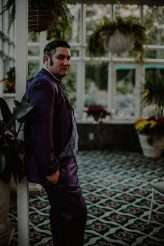 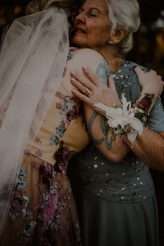 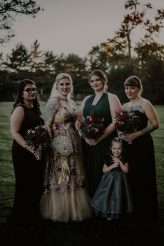 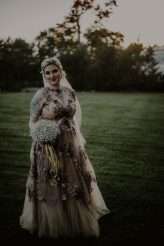 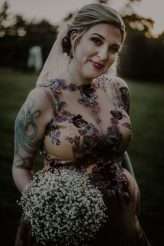 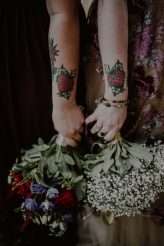 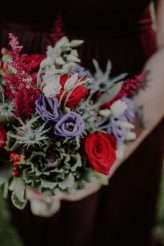 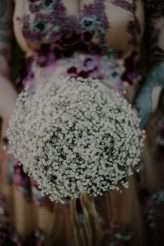 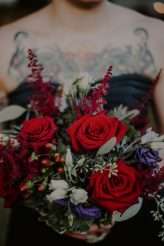 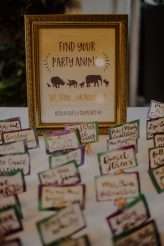 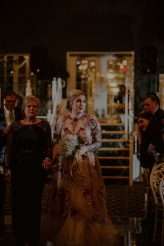 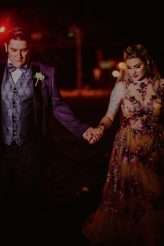 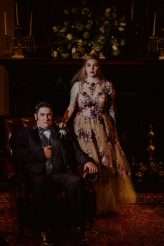 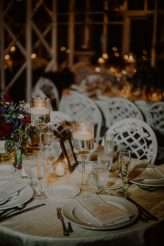 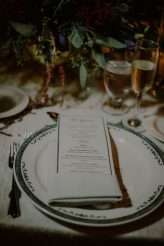 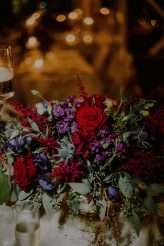 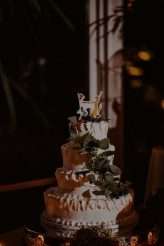