Elizabeth and Capac were married in Joshua Tree National Park. The got ready together at Tile House, a rainbow clad rental in the desert, followed by an intimate outdoor ceremony and a low key reception with their guests at The Inn of The Seventh Ray in Topanga.

“We met on Venice Beach just as the sun was setting”, said the bride. “I was reading a play and on my own, Capac was with his friend. We discussed the flower market in London and then met a couple of weeks later and stood under a cherry tree in DTLA catching the blossoms.” 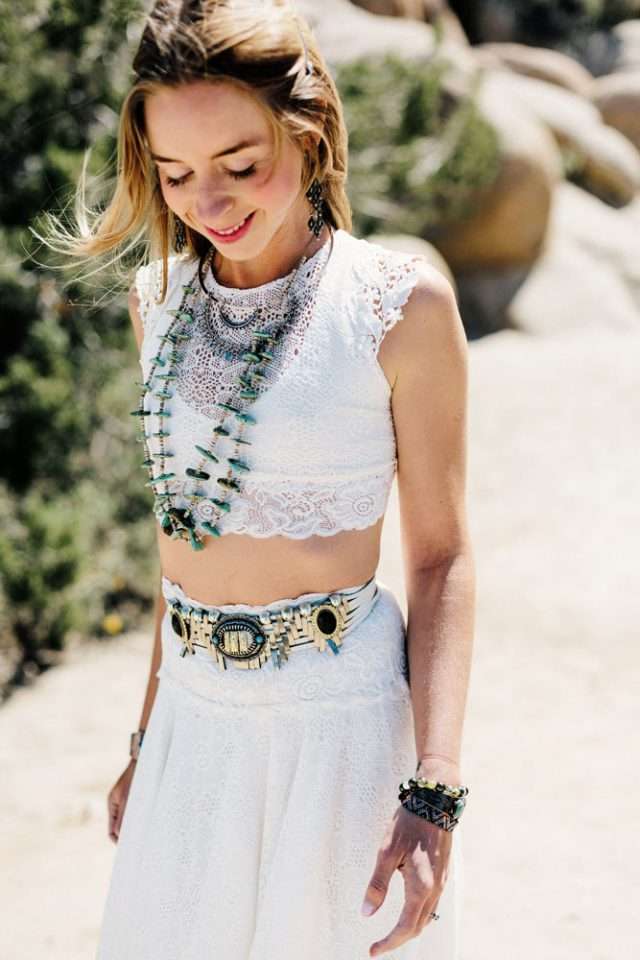 “Our wedding ceremony had a bohemian desert theme. We decided to have a Native American ceremony surrounded by the people we love. We wrote it ourselves, including several traditional Native American rituals such as the smudging of the wedding party and the placing of a wedding blanket over the bride and groom’s shoulders. We also wrote our own vows. The ceremony allowed us to not only strengthen our bond with each other but also to nature.” 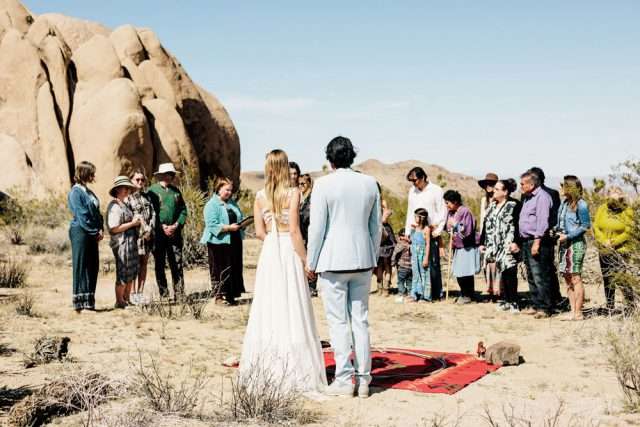 “Our wedding was very personal to us and having our guests go on a pilgrimage of sorts from Joshua Tree to Topanga was really cool”, she continued. “We loved making our own decorations, gifts and stationery. I also loved being able to plan every little detail. The reception was quite whimsical. The themes reflected our love for nature, going on road trips and assisting our guests to go on an adventure. There was no moment of real inspiration for the theme, everything we chose just seemed natural for us. We return to the desert over and over again and love Topanga.” 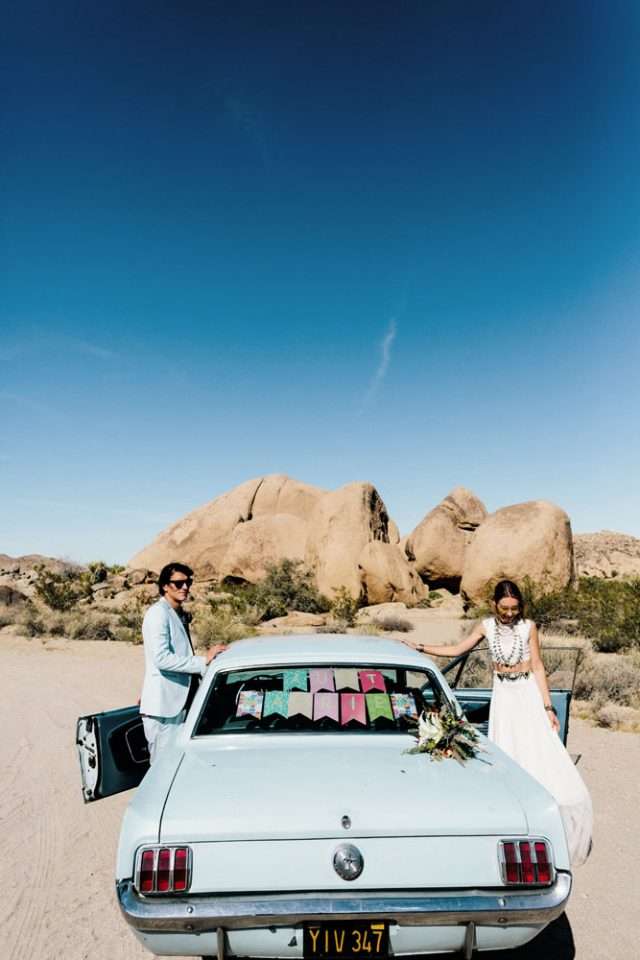 “One of the craziest things that happened at our wedding was that in the evening we drove back from Joshua Tree to Topanga but the B&B we had booked was all locked up. Capac clambered up the walls and tried everything to get us in but eventually we had to give up. We drove to Santa Monica and managed to book a room at about 2am at Palihouse. Luckily we are used to this kind of adventure and it is just another story to tell the grandchildren!” 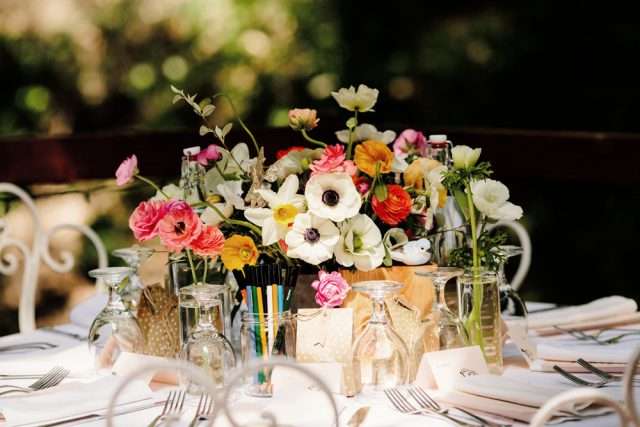 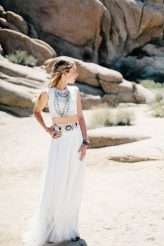 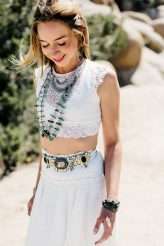 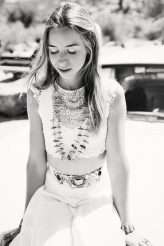 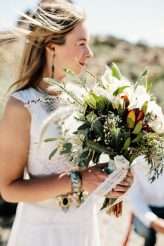 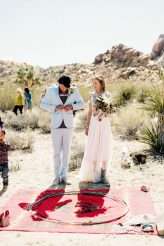 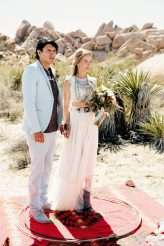 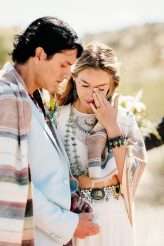 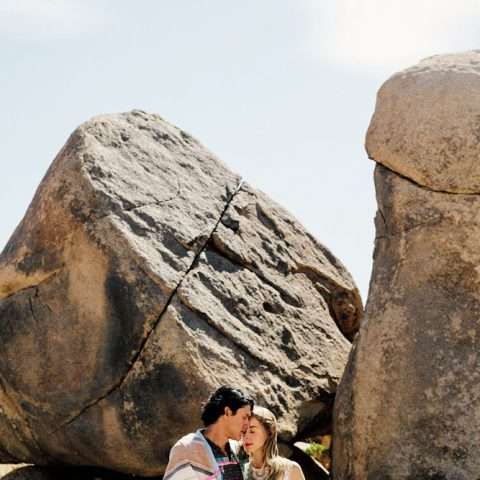 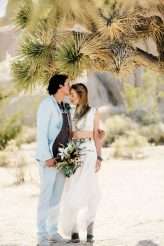 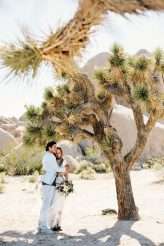 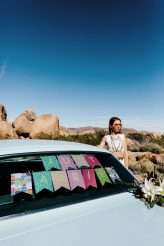 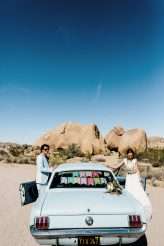 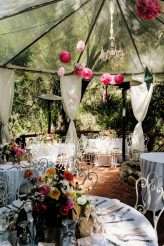 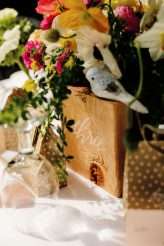 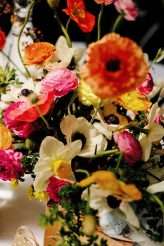 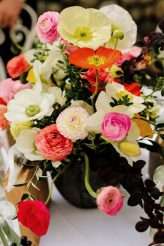 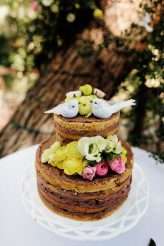 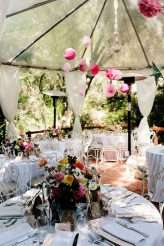 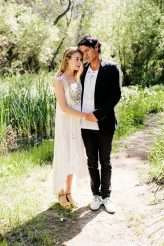 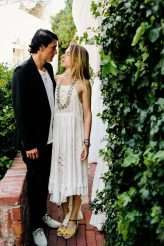 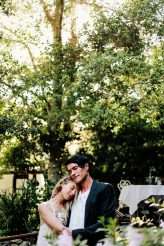 I would say Jess and Kenny's wedding day was nothing short of magic, but that would be wrong: it was nothing short of spiritual and stunning. As lovers of the desert, and frequent visitors to Joshua Tree for quick getaways, they knew they had to get married out there. They also wanted to incorporate a little of their Native American background into the day, mixed with their love of Rock n Roll. What resulted was a desert bohemian wedding that is the stuff of dreams.

Brittany and Nick had one major inspiration for their October 2019 wedding - The Big Lebowski! Their venue played a major part of setting the scene for this - with it’s mid-century modern aesthetic, the boutique AirBnB High Desert Paradise in the Yucca Valley provided the perfect backdrop for their relaxed retro theme!

Karen and Monty originally wanted to have a destination wedding in Big Bend National Park, however in the end they decided the location would make everything too complicated and stressful. Instead, they bought the desert vibes to Fort Worth! They had elements of the desert with terracotta vases, leather and cacti and added a boho twist.

Planning a wedding wasn't really Chelsey and Richie's thing, so they hired the planners at P3 Events who got to surprise them with the whole design of the day. The inspiration for the theme came from a 'Trippy Hippie' sticker their planner saw on a bicycle in San Francisco a few months earlier!