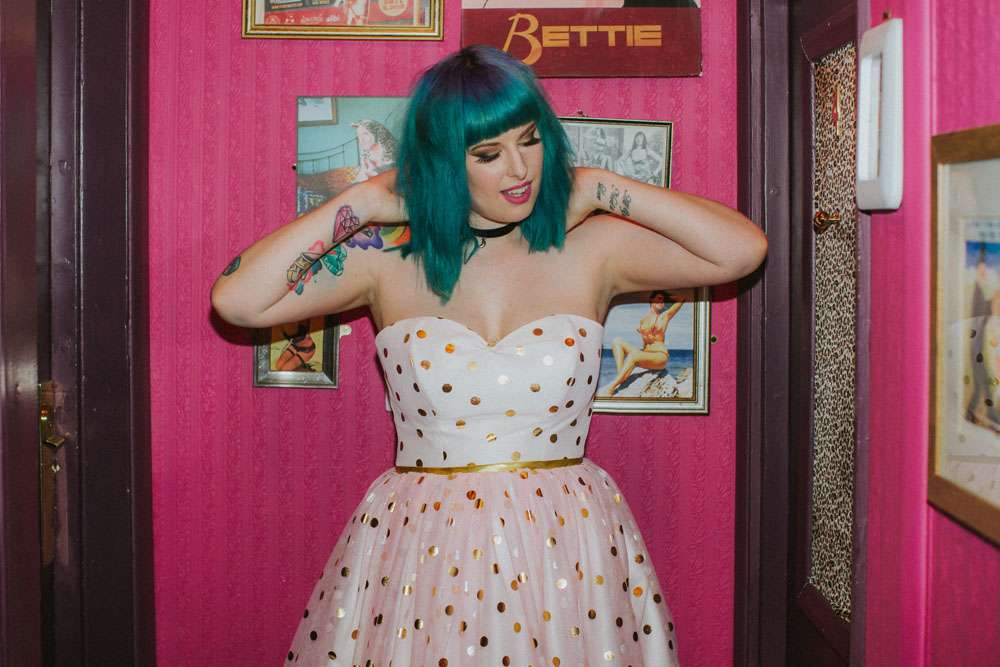 Denial and terror, what a joyful combination… but they’re things I’ve been dealing with for a very long time. Oh my goodness, what’s been going on? You might ask. Has something really bad and difficult happened? Are you trying to do something no-one else has done? Is it something completely revolutionary and new?

For the past 32 years I’ve been completely petrified of any form of exercise.

As a teenager I passionately resisted physical exercise as much as possible. I was always the girl in PE with a note from home, opting to do extra maths lessons (which I also hated!) instead. But ANYTHING would be better than having to run around a field or, horror of horror, do team sports. I’m not sure if it stemmed from being badly bullied or if I was just lazy, but ever since then I’ve had a complete mental block on breaking out in a sweat.

Over the past few years I’ve been in pretty bad shape. I was drinking way too regularly and for the most part, hardly leaving the house unless it was to go to the supermarket (working from home is awesome, but it does have a nasty habit of turning you into a hermit). I started to think that maybe, maaaaybe, I should start doing some exercise… but I was scared of EVERYTHING to do with it.

I was scared of trying, scared of failing, scared that people would judge me, scared that other people in the gym would think I looked stupid, scared that I wouldn’t know how to use the equipment, worried I’d look fat in workout gear… The list just went on and on.

People have been telling me for YEARS that exercise will make me feel better, but I kept pushing it away. “Yeah maybe it works for you”, I’d think, “But getting all sweaty and out of breath sounds like hell to me”. It was easier to self-medicate my moods with things like alcohol and shopping…

But then one day back in March something strange happened. I was feeling sluggish, depressed, and like I’d just spent too much time in front of my computer. Gareth was in the next room getting ready to go to the gym so I called through (I was too embarrassed to even look him in the eye) and I tentatively said, “Erm, hey, I think I might want to come to the gym with you today.” That’s the even sillier thing, Gareth has been a dedicated gym bunny for 5+ years. He loves it and he looks GREAT, yet still I was so anxious about even telling him I wanted to give it a try.

I’m not sure where the motivation came from, but I know it wasn’t just because I wanted to look better, it was because I wanted to FEEL better. So I went to the gym, and you know what? IT WAS AMAZING. Not only were all my fears completely unfounded (I quickly realised that everyone is too worried about what they’re doing that to look at, or judge, anyone else) but the staff showed me how to use all the equipment (again without judgement at my lack of fitness) and it really wasn’t as complicated as I assumed it would be. They even told me they’d help me devise a regime if I wanted.

It’s been around twelve weeks since I started working out and I can hand on my heart say that I feel like a different person. I even enjoy it! The pride that I feel after lifting a heavier weight for the first time or running for even a few seconds longer each day beats any high from wine or shopping. Plus, it’s brought Gareth and me closer. We go to the gym together which makes the whole thing so much more fun.

Getting to the gym isn’t always easy though, sometimes I’m travelling, sometimes the weather is just too terrible to even leave the house. So was thrilled when I discovered OnlineGym4me. I’ve been loving using it on those days I don’t have the time, or motivation, to make it to the gym. This online video platform broadcasts daily live and on-demand workouts, which I can do in the comfort of my own home, hotel room or airbnb, most of them without any equipment. They cover everything from functional training, fat burning workouts, yoga and Pilates. It’s just like having a private a gym class in your living room. I then started chatting to the guys who own it, and they’ve offered a month free trial (in addition to their usual 14-day free trial) for every single reader of this blog! All you have to do is sign up.

I know highstreet gyms aren’t for everybody, but I’m sure anybody would feel the benefits of adding a little exercise to their life. Even in just twelve short weeks it’s given me a new lease of life. My moods are less haywire, I’m eating better, I’m more focused at work, but most importantly, I feel really fucking proud of myself. The physical benefits are almost secondary.

Everyone needs to take care of themselves and it’s nothing to do with wanting to slim into a wedding dress (you all know I hate that shit). Being fit and healthy is so important, and it wasn’t until I faced my own fears of exercise that I was truly able to realise that.