When Amy and Dominic started to plan their Pittsburgh wedding, they had only a few non-negotiables – they wanted a simple and elegant wedding that that focused on sharing their love and commitment with those dearest to them.

“We didn’t go into the process of planning with a clear theme, but I think our personal aesthetics naturally imposed themselves on the planning process”, explained the bride. “This boiled down to a wedding that was minimalistic (him) with a vintage flare (me). Crafting a day that was authentic, intimate and meaningful served as guideposts for all the choices we made.” 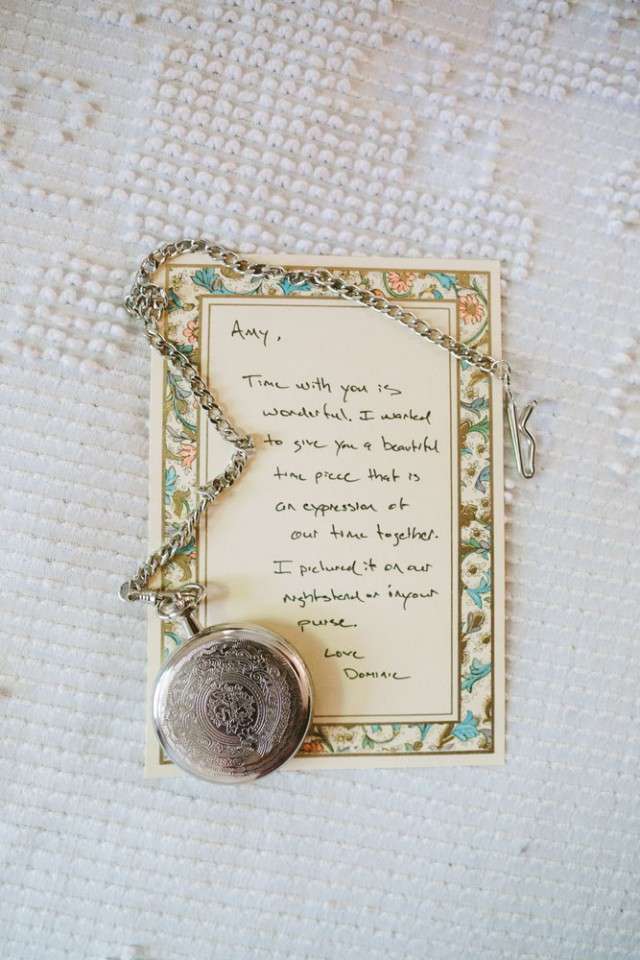 “There were a lot of little details that made it special to us. Overall we just tried to stay true to who we were in all of the little choices, as well as the bigger ones. I think that given the pressures couples face from family and friends, not to mention the wedding industry itself, it is unique to just stick to what you really want and not let others influence your choices.” 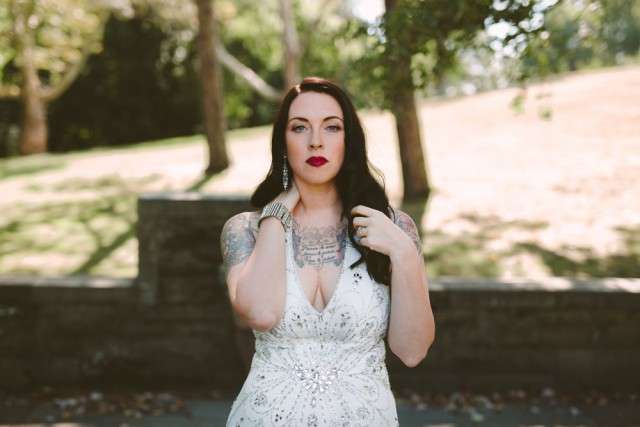 The couple planned the wedding in just three months and by keeping things quite simple, the process was surprisingly smooth sailing! “The ceremony was held in a local park and was sort of a pop-up in that we didn’t obtain permits, etc”, Amy said. “We did reserve a shelter as a back up in case the weather was uncooperative. Our Officiant was Dominic’s best friend Gerald, a decision we discussed well before we even became engaged. It was imperative to us to be married by someone who was a part of our world. We wrote the ceremony ourselves, along with Gerald’s help and put effort into keeping it short and sweet.” 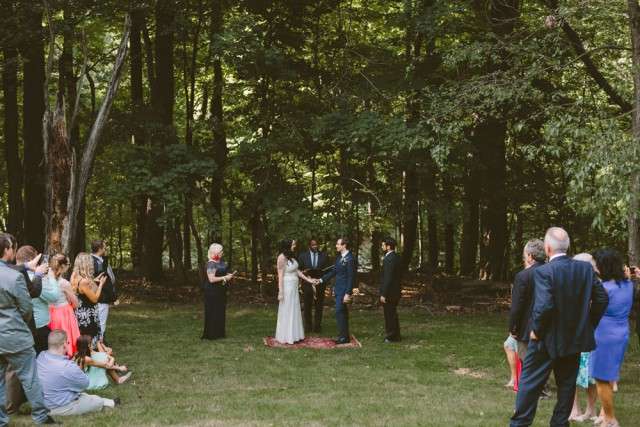 As they had such a short time to plan the wedding, the couple didn’t really do any DIY projects per-say, but Amy did have some personal mementos included that meant a lot to her. “In order to remain true to our inspiration (and not spend every minute of the next three months immersed in crafts) I only chose a few projects. My Grandmother died about 10 years ago and we were very close, so it was extremely important to me to find ways to bring her spirit into our wedding day. She saved everything and when she passed, I kept many of the mementos left from when she was married in the early 1930s. One of these was a box of napkins from her wedding day – in pristine condition. They were a wonderfully thick crepe, so I decided to make tassel garland from them to hang at the reception.” 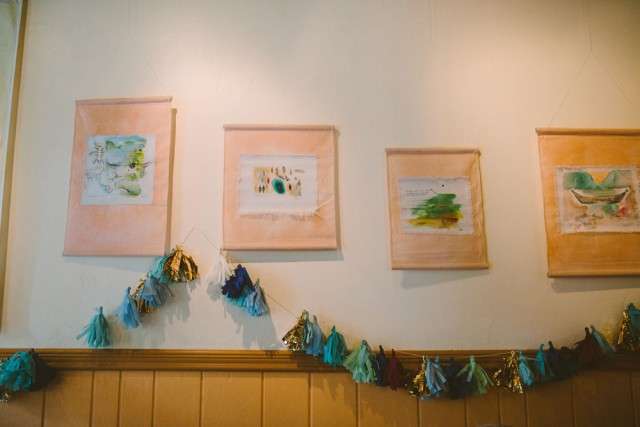 “Our invitations were done using a customised stamp, which we then stamped onto a series of vintage post cards from around the United States. The post cards were from a collection that my Aunt Janet had gathered as she travelled the country as a young woman. She also is no longer with us and these were one of a few things I kept after she passed. I felt it was a beautiful way to make use of them, as well as memorialise her.” 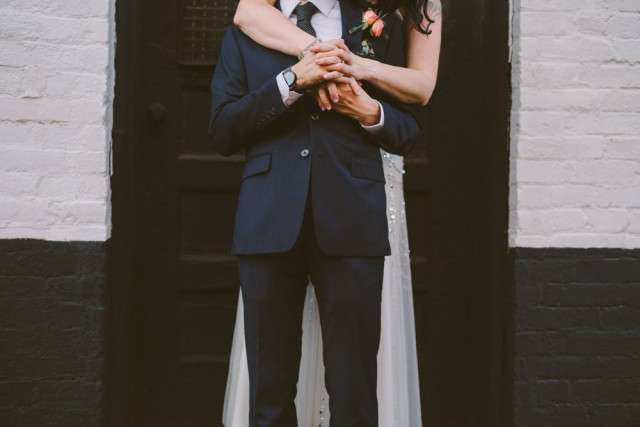 “In addition to these two projects, I made chocolate bark with edible flowers as favours, indulging my love of baking (and Dom’s love of dark chocolate). Also, Dominic’s brother, Philip, made the sandwich board and my close friend, Naomi, laser cut the quote and lettering to adorn each side.”

The wedding budget was $9,500 and their biggest expense was the venue and food. However they saved a lot of money on their flowers. “I knew early on that I didn’t want a big fussy bouquet that I had to carry around everywhere, so Lauren from The Farmer’s Daughter created a beautiful bridal wrist corsage. We also did a maid of honour corsage and boutonnières with a similar colour theme. Flowers for the reception venue were simple fresh cuts from her farm, which I arranged in thrifted bud vases.” 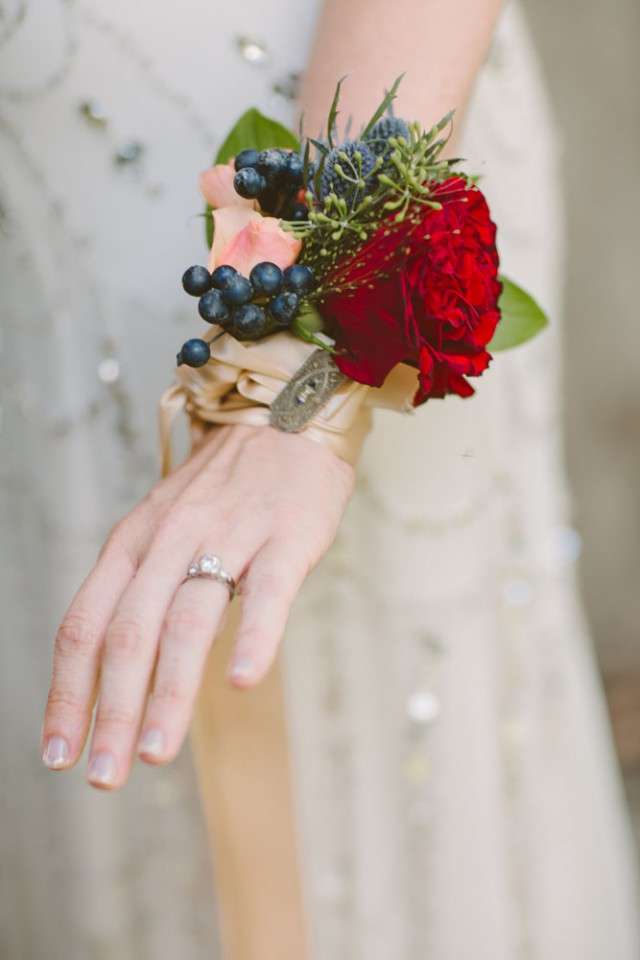 “Planning a wedding and creating the entire day really should be about who you are as a couple and how you want to live your life”, Amy concluded. “We all do things to support and accommodate others, but don’t be afraid to make uncomfortable decisions in order to have the day be what you envision.” 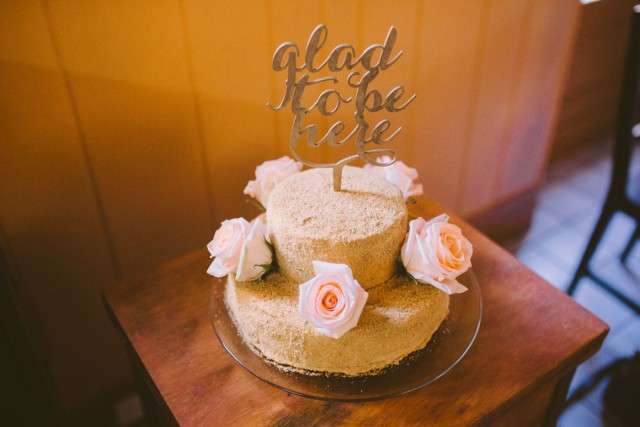 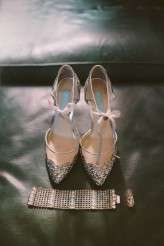 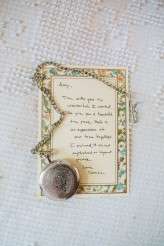 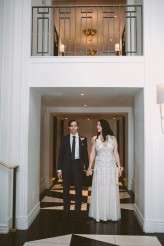 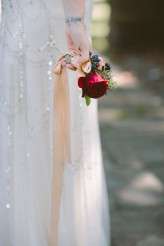 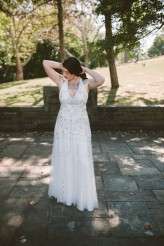 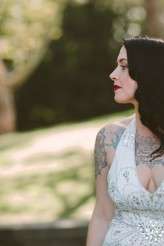 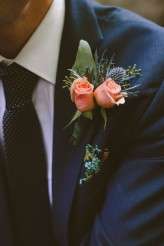 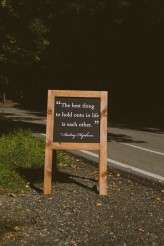 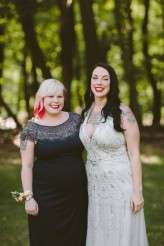 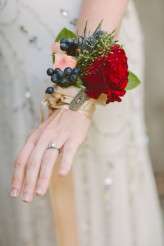 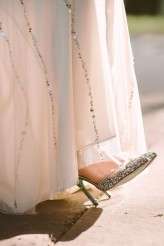 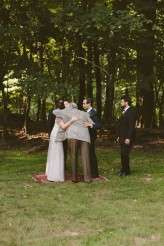 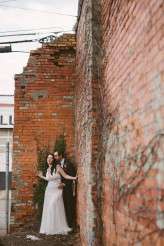 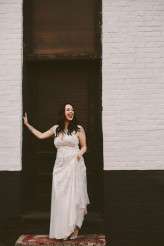 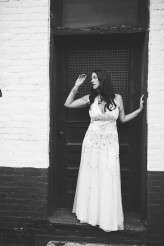 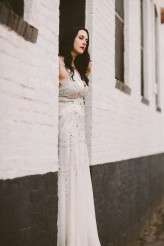 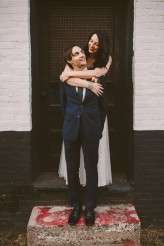 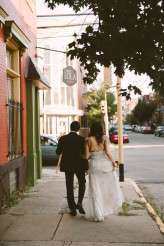