Paul and Shannon’s Friday 13th wedding took place in November and had a super glam yet quirky theme. “The wedding was a reflection of everything that we are,” said the bride. “Paul loves the prohibition era glitz and glam, I have an affinity for Vaudeville theatre and the vintage circus. We really have such a penchant for drama and over-the-top nonsense, it’s what makes us work so well together! So we infused the place with antique gold, gem-toned carnival glass, and absinthe cocktails. We even had a silent film reel projected onto the walls!” 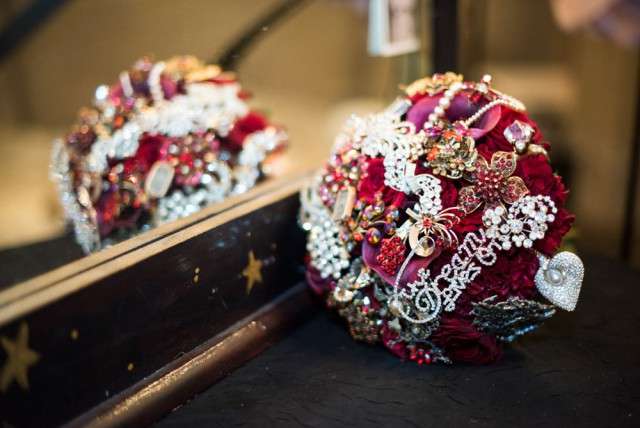 “The most special thing is how much our family became invested in this process; all brooches for my bouquet found adventuring through antique stores with Paul’s mom, and the ABSURD marquis sign and the moon were made by hand by his talented dad! My mum made a gorgeous Poiret coat  from an actual pattern from the 20s. We even displayed wedding dresses belonging to the matriarchs on both sides of our family so that guests could feel the legacy of marriages before ours that had been so wonderful.” 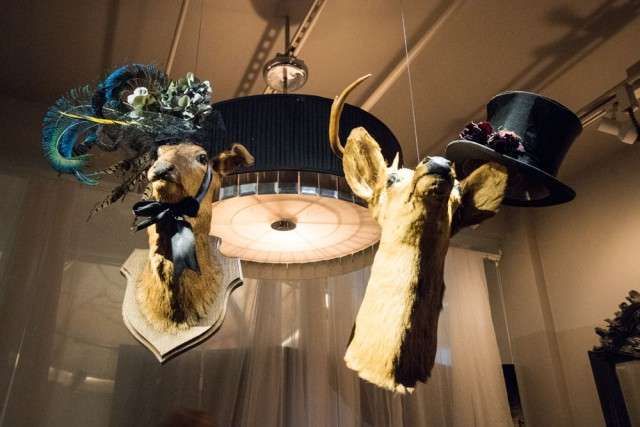 The wedding was held at D&F Clock Tower in Denver. “Being an artist, it was the absolute best and most fun, large scale art project I have ever taken on and I just want to start over again! Curating all of my sculpted works, whimsical antiques, and really conveying a story was such a joy, and the result is that guests walked into the already gorgeous Clock Tower and said, ‘This is SO them!’ That’s precisely the reaction we wanted; to OWN the Clock Tower for one night and transform it and say, ‘Step inside, Ladies and Gents, step into US!’” 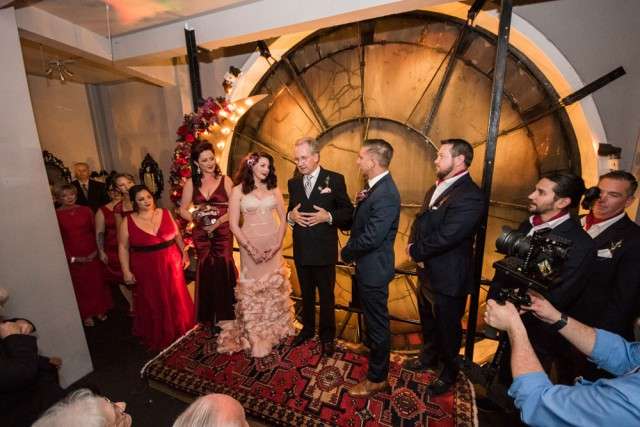 The ceremony was officiated by one of the  groomsmen. “Geoffrey is a wildly talented actor with an uncanny ability to insult you, but he uses his British charm so you don’t really know it happened”, Shannon laughed. “We took a risk and told him to go unscripted, but because he knows us so well, it was sweet, beautiful and very personal. In the Clock Tower, only half of our guest count would fit on the ceremony floor, so we served cocktails for half an hour before the ceremony and then let guests stand for a short, 15 minute ceremony. Guests that couldn’t fit went upstairs one floor where they could still hear the ceremony, and watched a live feed projected onto the wall.” 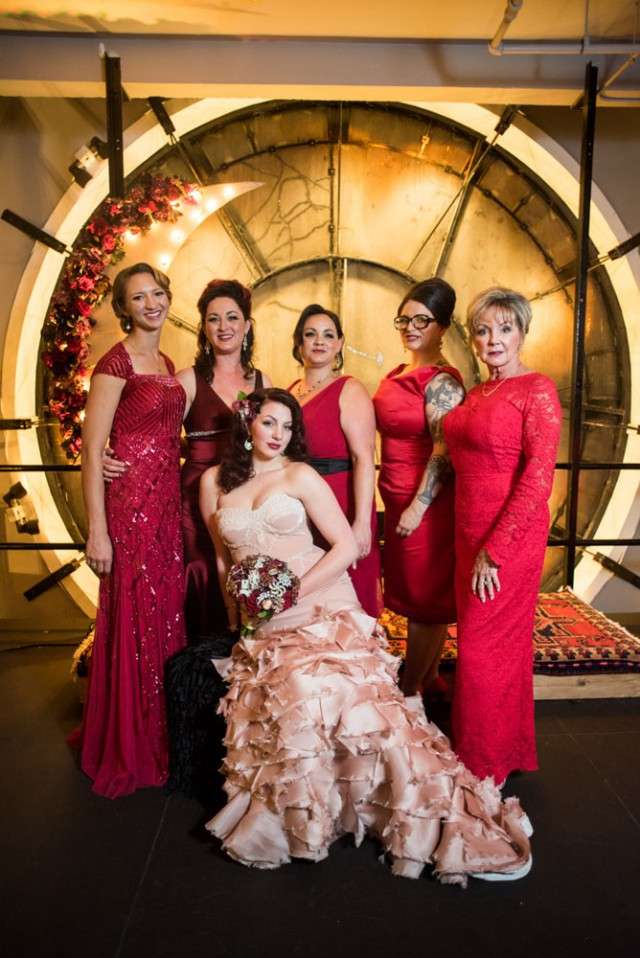 The bride designed her own blush pink dress with help from Emma and Grace. “I wanted blush romance, in a tattered and time-tinged way. The gown went through so many different phases, at one point even being full of tattered ruffles starting at the hip. One day, Mayra (the designer I worked with) dropped the top layer to the floor to make some adjustments to the bodice, and we all gasped. I yelled, ‘Don’t change a thing!’ So we kept the ruffled layer asymmetrically at the knee and kept the lining layer exposed, and it added so much more glamour to the dress. If only I could have worn it longer!” 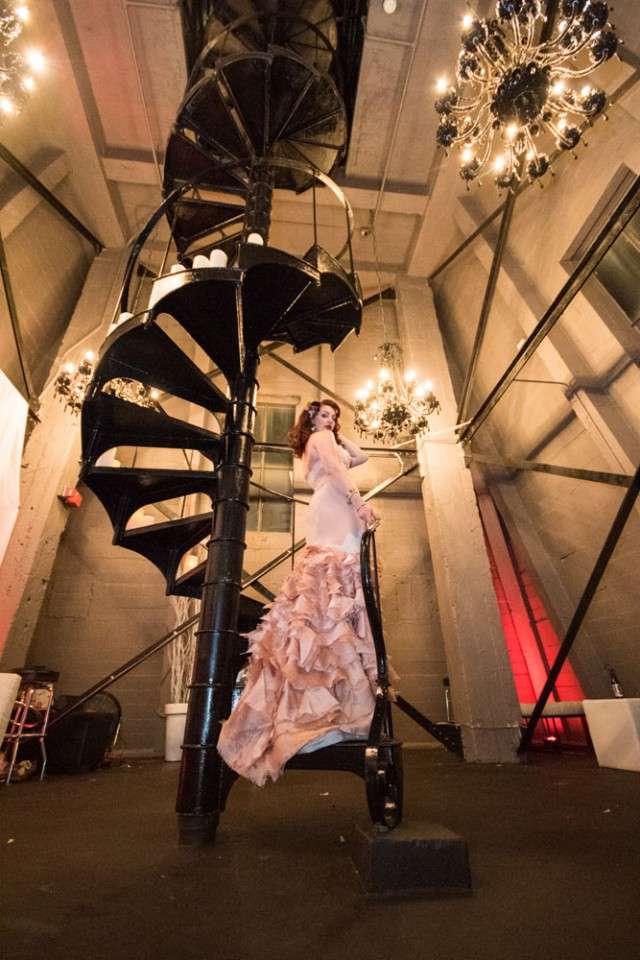 “There’s nothing we’d have done differently,” the bride concluded. “I’m so happy with how things turned out!” 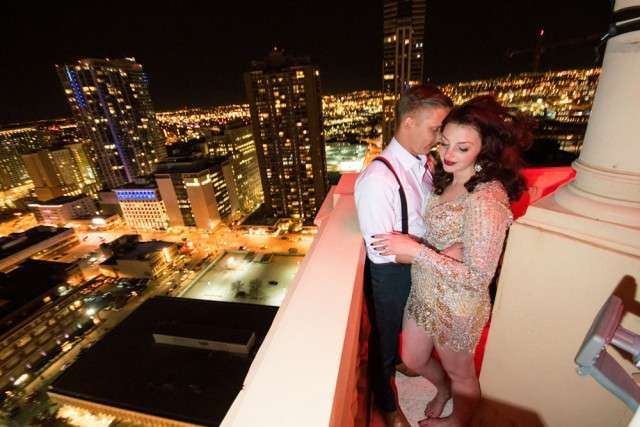 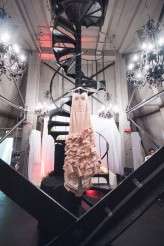 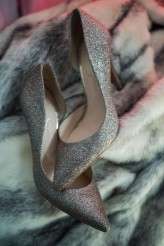 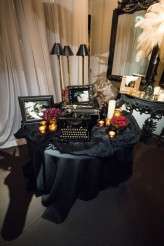 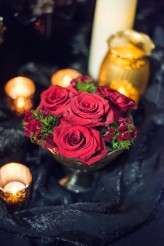 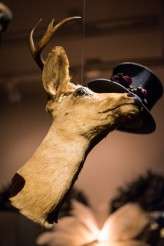 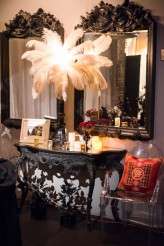 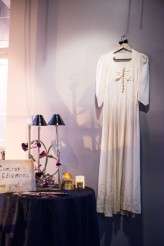 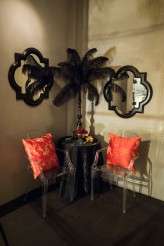 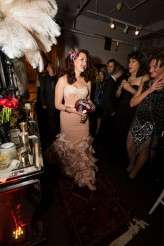 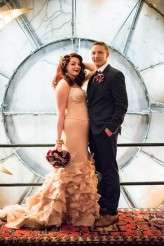 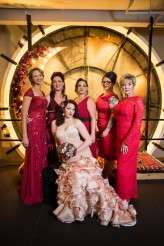 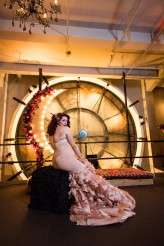 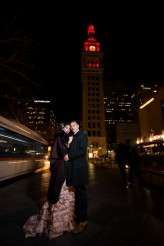 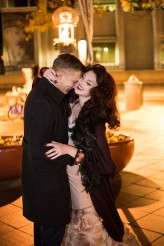 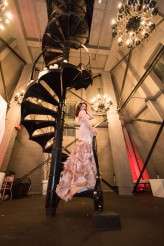 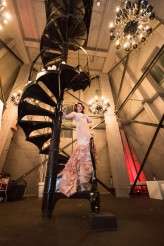 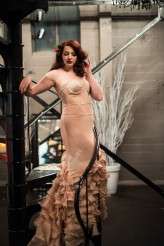 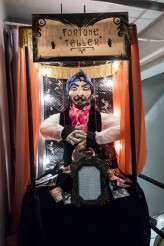 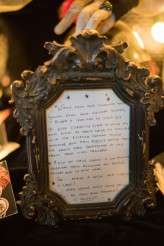 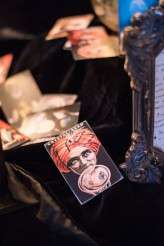 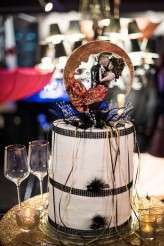 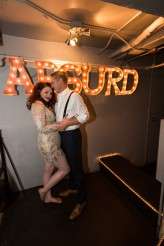 The Atlantic City wedding of Carla & Dave had a distinct vintage vibe. From the bride's authentic 1020s wedding dress to her Grandmother's pearls, from the vintage postcards that decorated the centrepieces to the historic restaurant that hosted their reception, the day was one that truly reflected the likes and loves of them both.

If you've picked up a copy of my book, then you may recognise Dafna and Eylon as their Las Vegas elopement is one of the real weddings featured inside. I LOVED those images and their story so much! Although they always wanted to get married in Vegas, they also wanted to celebrate with their loved ones back home in Tel Aviv, so it was the perfect excuse to have for a second wedding. The day was held at Bascula, a cultural arts centre that is home to a circus.

Chip and Elle's inspiration for their wedding was Vaudeville meets a 1920s circus sideshow. They wanted their "weird sense of style and the idea that we can do whatever we want" to come through in everything they did. The wedding took place at The Loft in Long Beach on Friday 13th of June during a full moon.