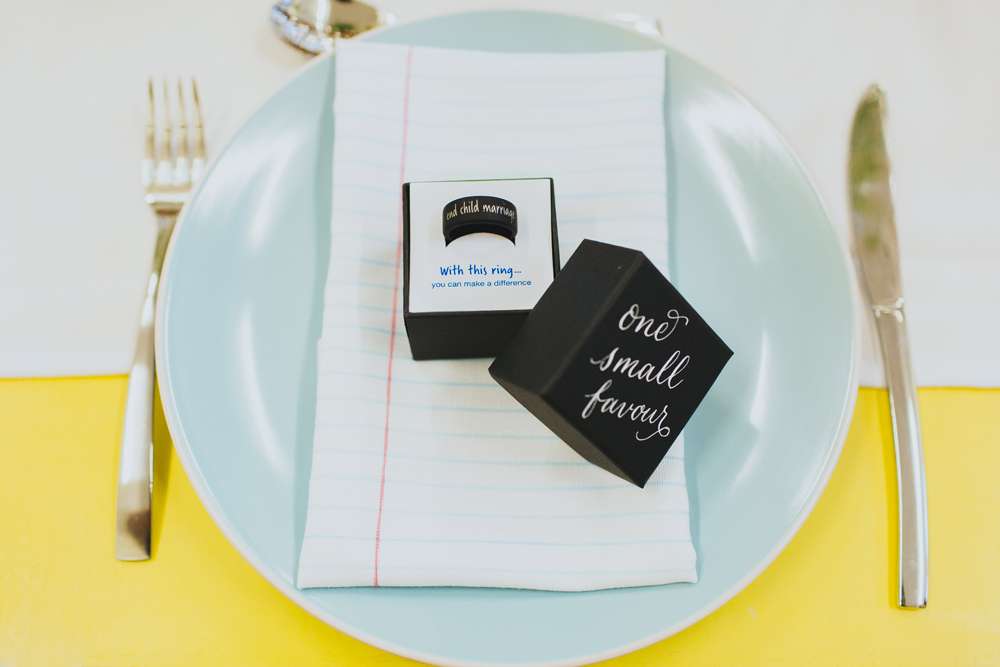 If you’ve picked up a copy of Rock n Roll Bride magazine this month, you will have seen that nestled in between the wedding prettiness and awesome advice, is a photo shoot for a campaign that I’m working on with Plan UK. The global children’s charity have created these wedding ring favours to help raise money and awareness for making child marriage a thing of the past.

Did you know that 1 in 3 girls in the developing world are married by their 18th birthday? That’s 41,000 girls that are forced into marriage every single day. 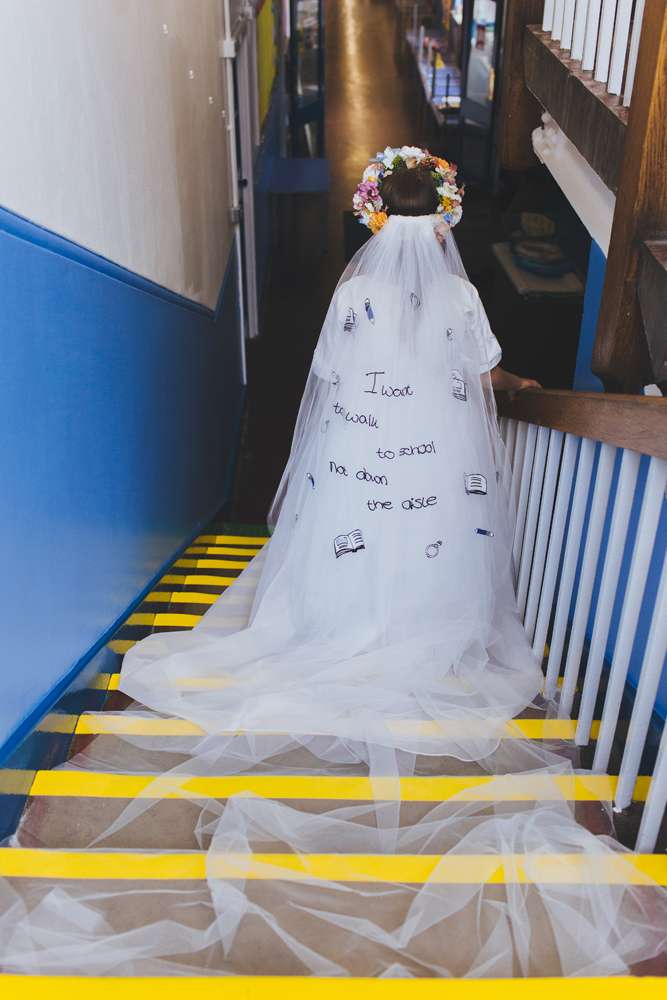 This shoot features Charley, who, at 13 years old, is the same age as a lot of girls who are forced into marriage. We decided to set it at a school to highlight the fact that this is where children should be, not walking down an aisle.

Clearly, I am an advocate for weddings and marriage, but working with Plan UK to support their ‘Because I am a Girl campaign’ has been a stark reminder to me that there are thousands of young girls around the world who don’t have any choice about getting married or who their husband might be.

Child marriage robs girls of their childhood and often their chance of an education but it increases the risk of girls experiencing violence and abuse. I was especially moved by the story of Amrita from Nepal. 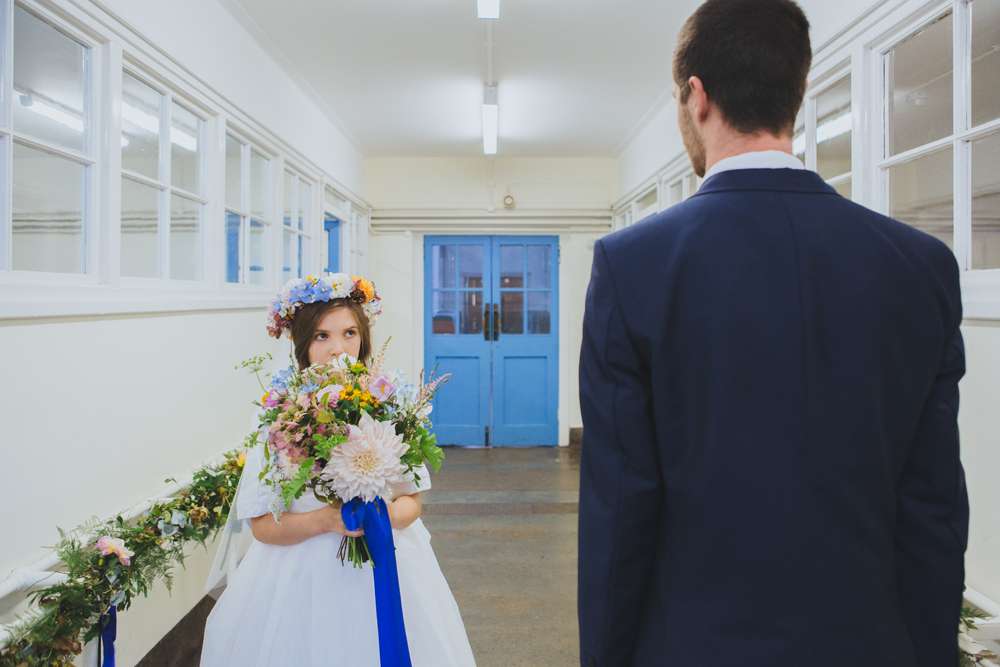 When she was just 16 years old, she was told by her mother that a family were coming to visit to arrange a marriage between her and their adult son. She immediately feared what this meant as she knew all about her village’s tradition of marrying off girls. She knew that many of her friends who had been married off had been taken out of school, had suffered abuse, and had even been forced into having their own children while they were still children themselves.

So she told her mother she didn’t want to go through with it and hoped she might listen to her. Luckily she did, her parents declined the marriage proposal despite the other family promising a good life for their daughter. 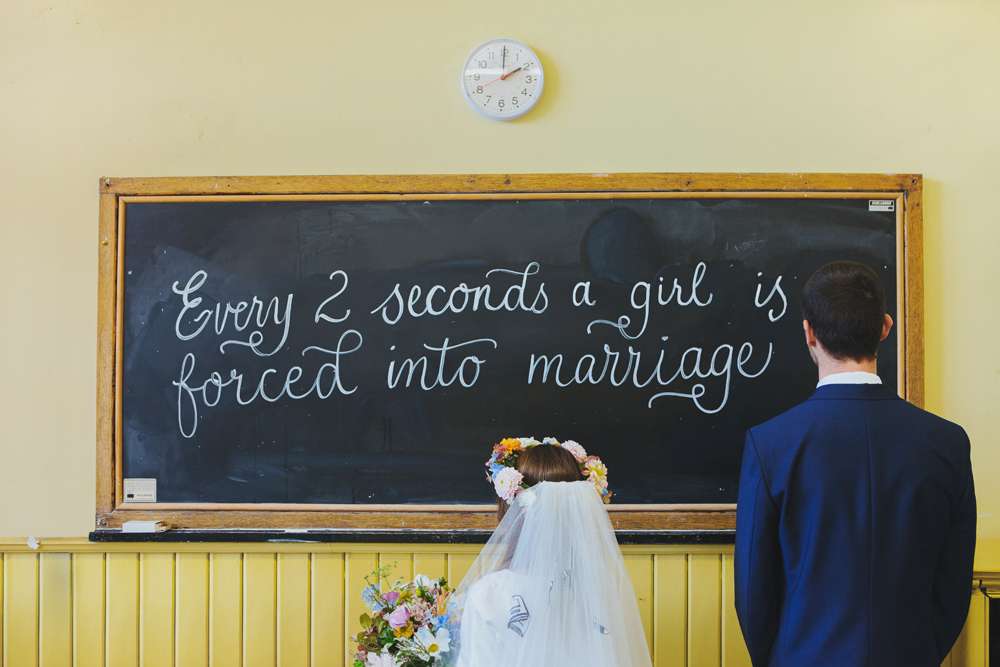 Amrita has since used her experience to share her story at a national conferences for girls’ education. She is continuing to go to school and eventually wants to be a teacher to help the underprivileged children in her village.

However there are hundreds of girls across Nepal, and thousands across the world, who aren’t so fortunate and cannot make the same choice. “Due to the lack of awareness, parents marry their daughter to men who say they will make a fortune abroad,” she said. “We have to bring an end to this,”

There is nothing Rock n Roll about forcing a child into a life of fear, isolation, abuse and a violation of their basic human rights. 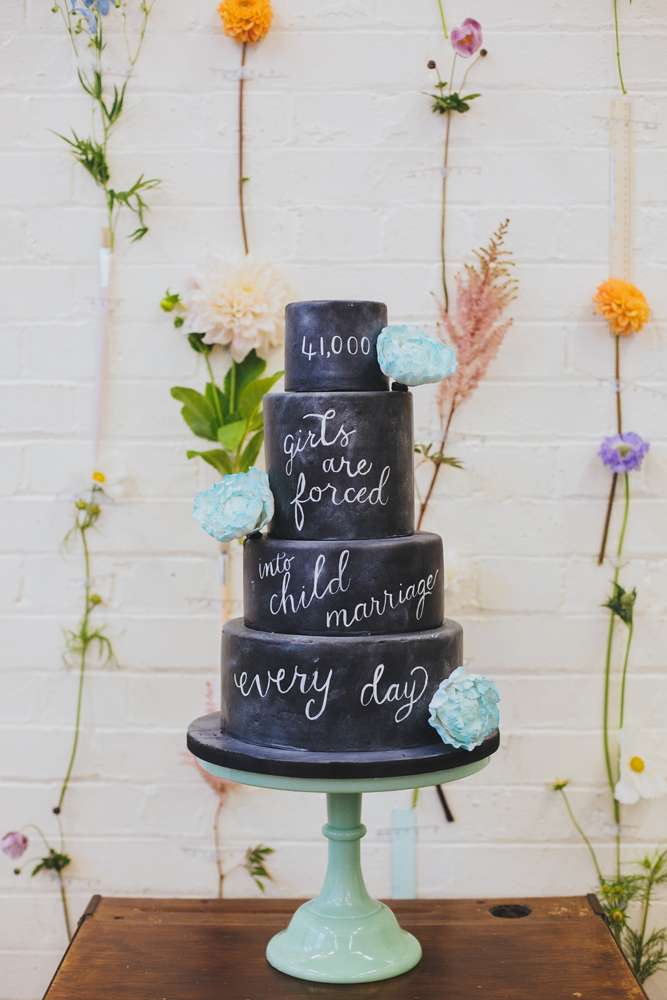 How can you help?

Together, we’re asking brides-to-be for ‘one small favour’ on behalf of girls everywhere. By giving Plan UK wedding favours at your wedding, not only will you be helping to raise awareness of this important issue, but your donation will go towards making child marriage a thing of the past.

Each ring has the words ‘end child marriage’ on it making them the perfect reminder for you, and your guests, about the important issue you are supporting. The boxes come in your choice of three colours which you can personalise to suit your own wedding theme. They also come with a little leaflet with information for your guests about the charity and their work. 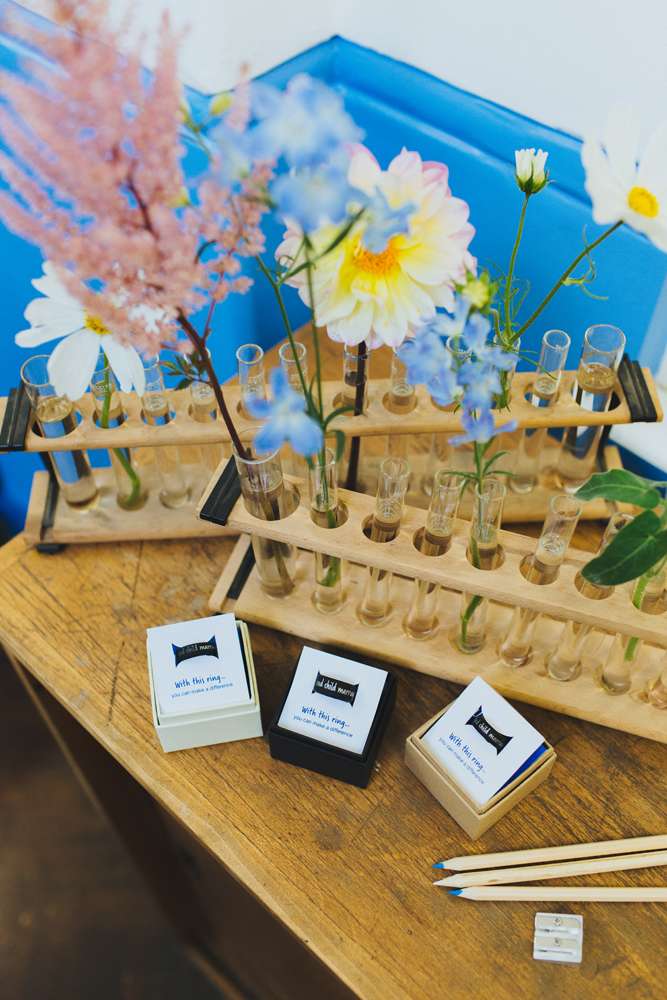 These rings are actually super wearable too so when doing so your guests will also be showing their support to #endchildmarriage. Having a ring is an interesting and quirky twist on the usual charity pin wedding favour idea, and it carries a powerful message.

Please visit plan-uk.org/what-you-can-do/wedding-favours for more information on how to grant ‘one small favour’ at your wedding.

Thank you to Plan UK for coming to me to work on this powerful campaign, and special thanks to all the incredible wedding suppliers who collaborated to make this shoot possible. 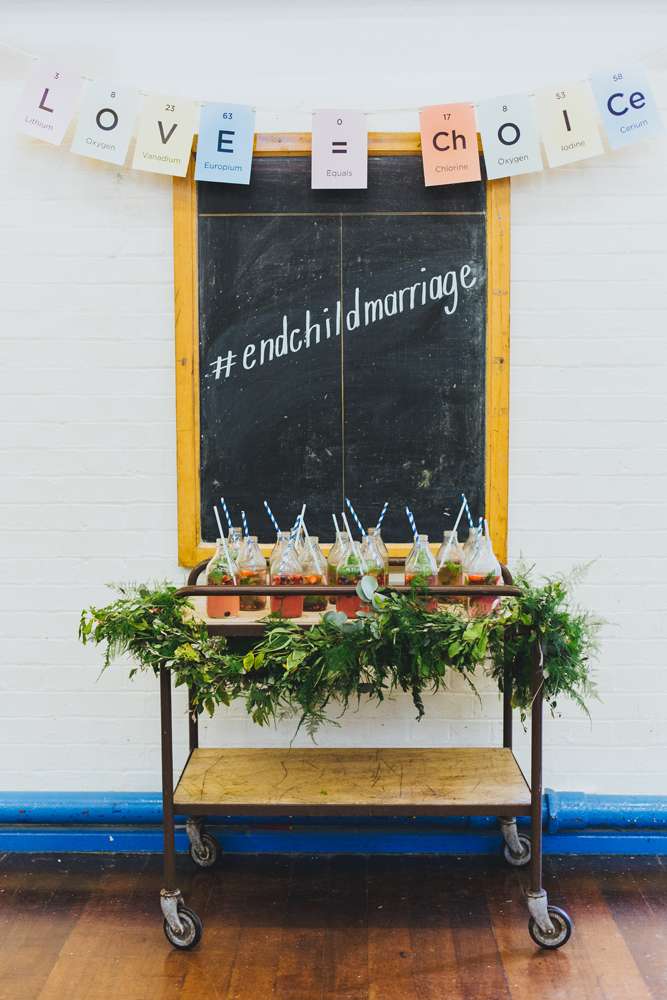 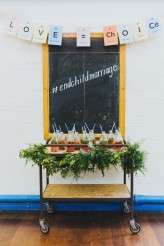 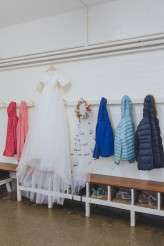 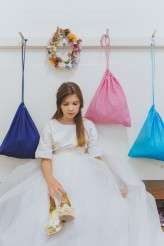 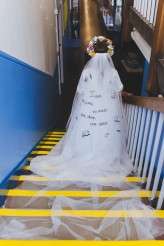 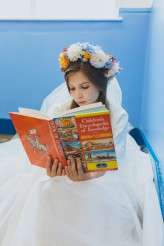 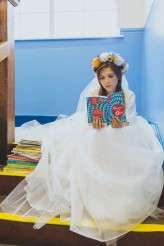 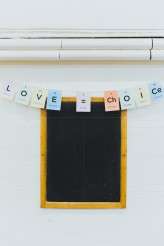 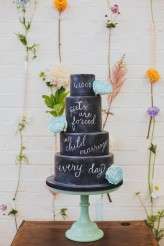 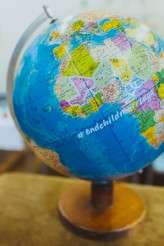 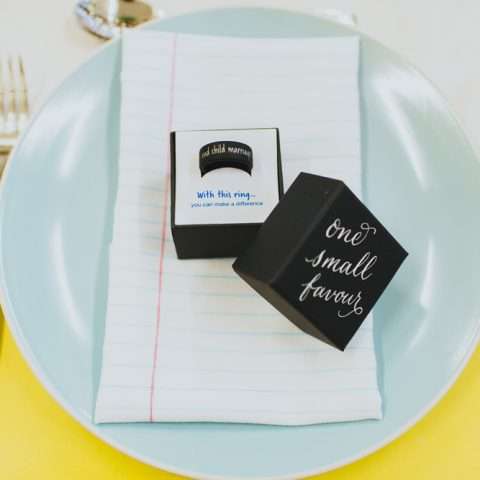 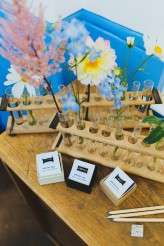 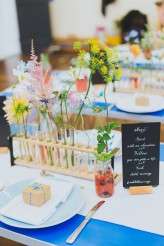 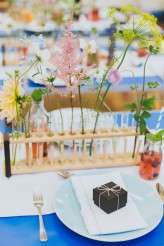 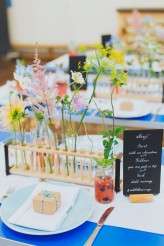 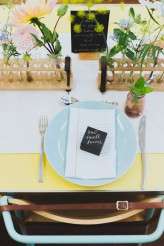 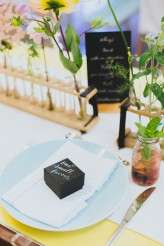 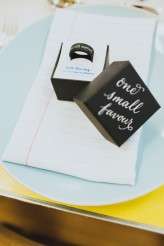 I am so excited to finally be publishing this bridal fashion editorial in full today! If you grabbed yourself a copy of the last issue of Rock n Roll Bride magazine you will have already seen a lot of this shoot inside, but today I wanted to take the opportunity to not only share more images that didn't quite make the spread (when 10 pages just isn't enough!) but to tell you all about Walthamstow Wetlands, one of London's coolest new wedding venues, who we partnered with for this shoot.

I'm going to cut right to the chase today because I KNOW you are just as excited as I am about this project! The Rock n Roll Bride bridal and bridesmaid dress collection is now available at little-mistress.co.uk - cue confetti cannons, popping champagne bottles and everyone screaming "Wooooooohooooooo!"

Bright and Beautiful: A Colourful Shoot for The All White & Rock n Roll Bride Magazine

At Rock n Roll Bride magazine, we are all about helping you find creative, unique and totally ‘you’ ideas for your wedding, no matter what your style or budget. For issue 36's editorial and cover shoot we partnered with one of our favourite new bridal brands, The All White, to shoot their collection of a modular, individual, affordable alternative to wedding wear.

How to Use Flowers to Add Personality to Your Wedding

Roses, Gypsophila and Peonies are all gorgeous, but if you want to make a real statement with your wedding flowers its time to look outside of the obvious choices and inject your personality into the proceedings. Luckily, the team at Paragon Floral Design are here today to show you exactly how to do this!