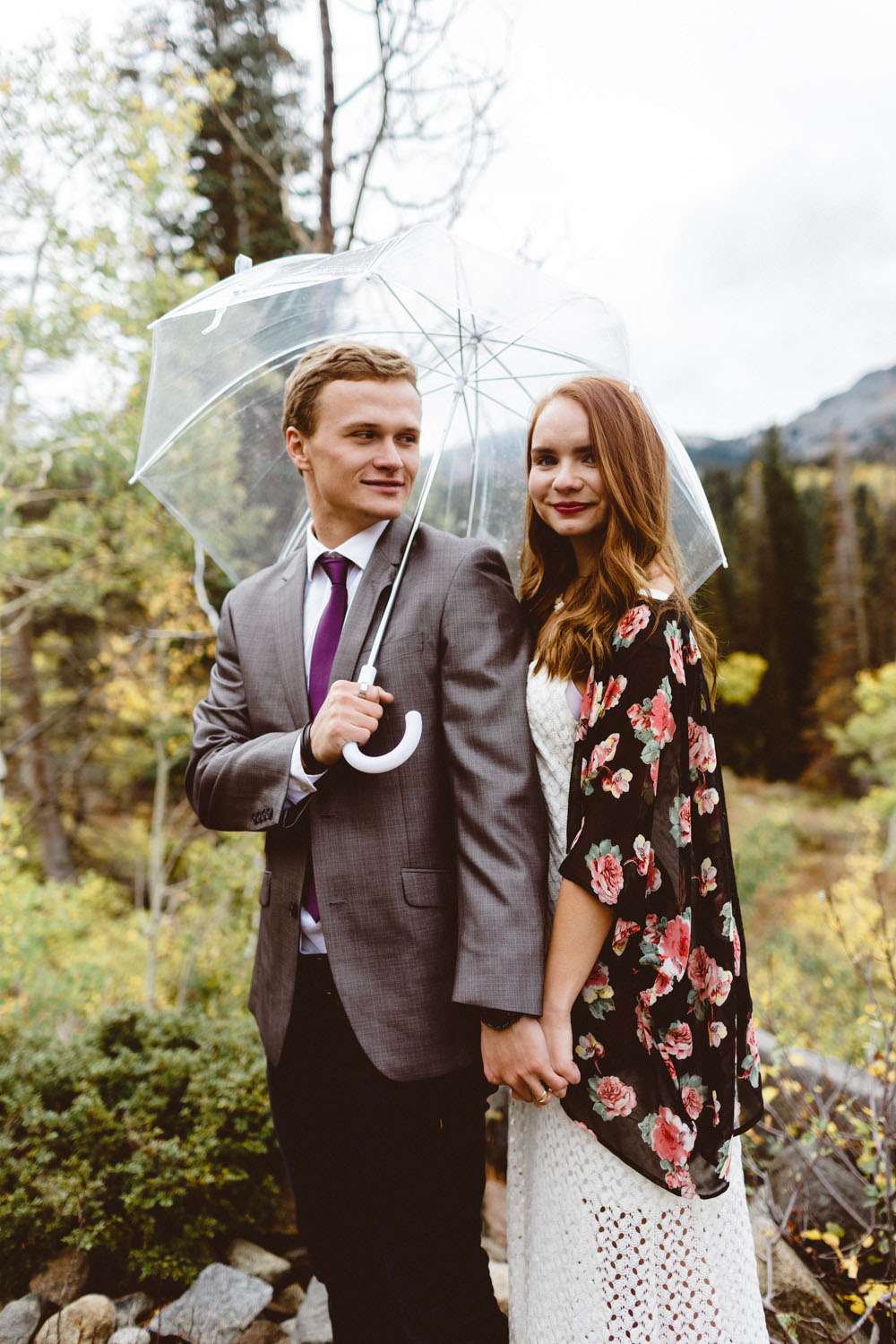 Full disclosure: this isn’t a real wedding… BUT I had to feature it anyway because I love the idea of running away to a mountain and having an adorable and completely understated elopement ceremony!

“I have always wanted to photograph a real, true elopement and have never gotten the chance!” wrote wedding photographer Brittni Willie. “I think being from Utah, most brides think they must have elaborate weddings with everyone they know (and don’t know) in attendance and I wanted to challenge that and show people how beautiful and yet simple an elopement can really be.” 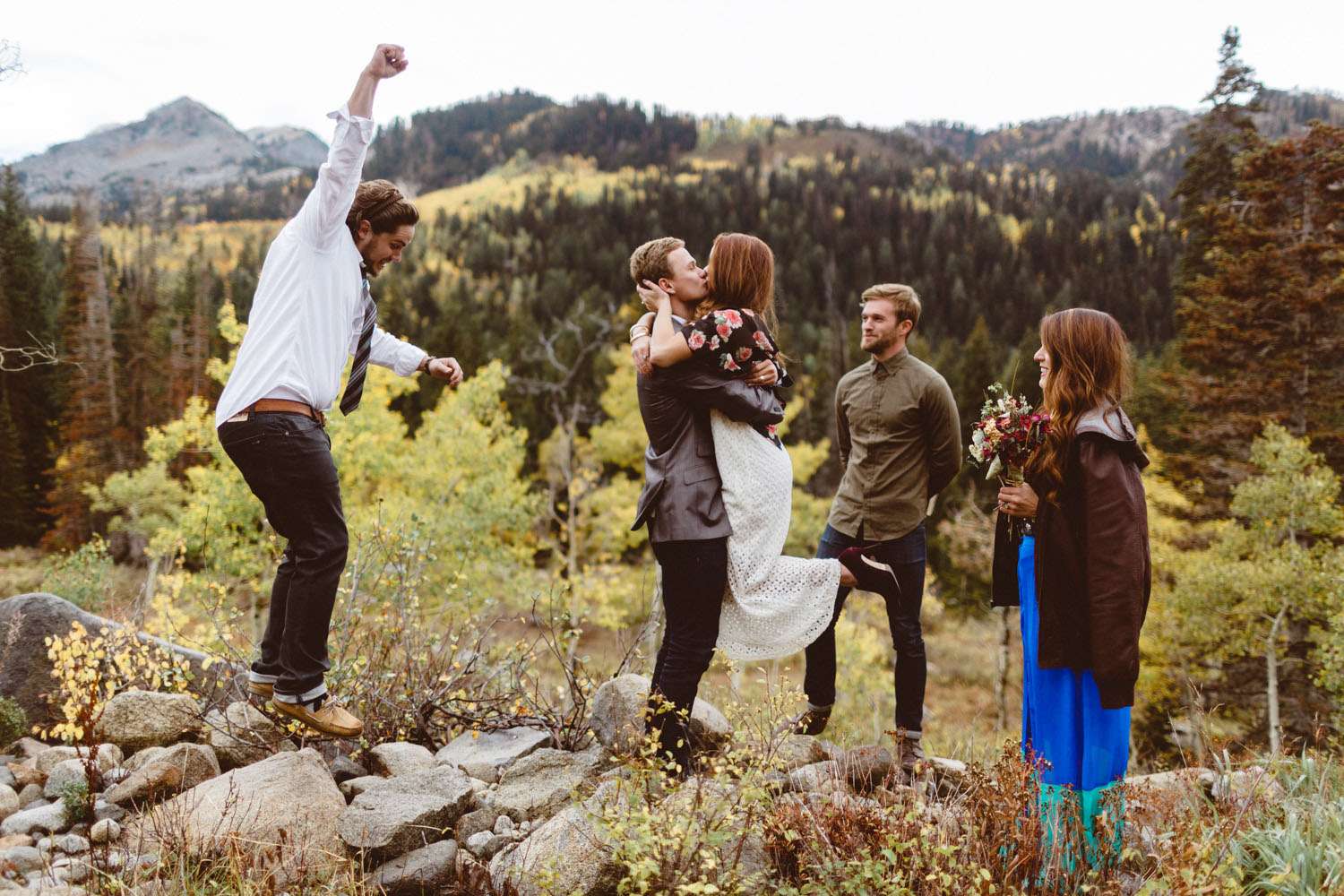 “I suggested the idea to one of my previous wedding couples two days before we actually shot the elopement. We planned the whole thing in two days which I also thing really adds to authenticity I wanted to capture in the shoot. There were multiple parts of this session that I didn’t want to feel forced, or include too many vendors (if any) and spend hours of shooting to get 5 ‘perfect’ shots. We spent $80 in total. I wanted it to feel REAL.” 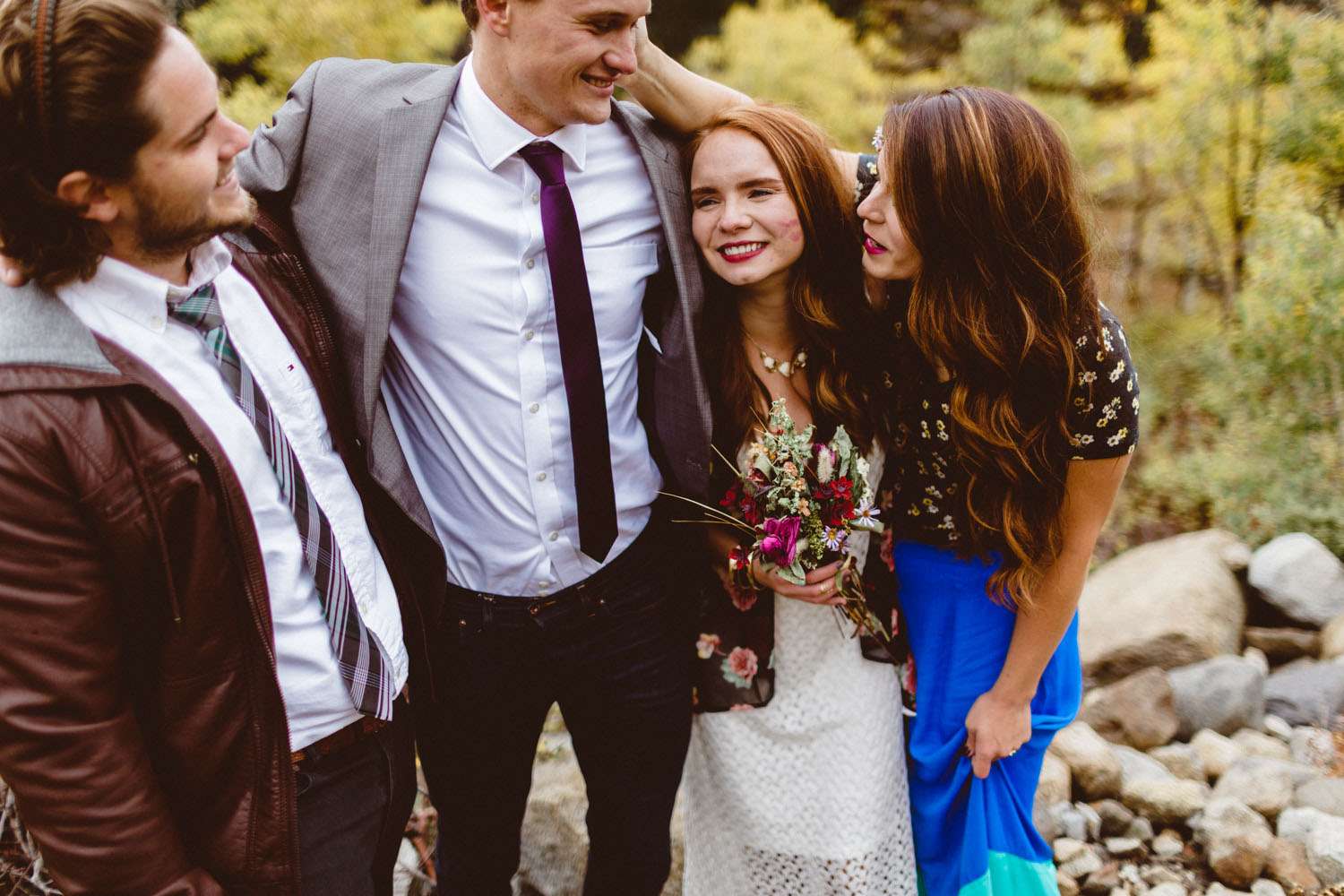 “We did the flowers ourselves”, she continued. ” I made them out of a stash of dead flowers I had an a few fake ones and tied it together with twine! I found the bride’s dress at Target in the last size left – an XL – after visiting over 8 different stores! The floral shawl was from Forever 21; and luckily for me the bride had some KILLER plum colored heels and the groom had a nice tux already!” 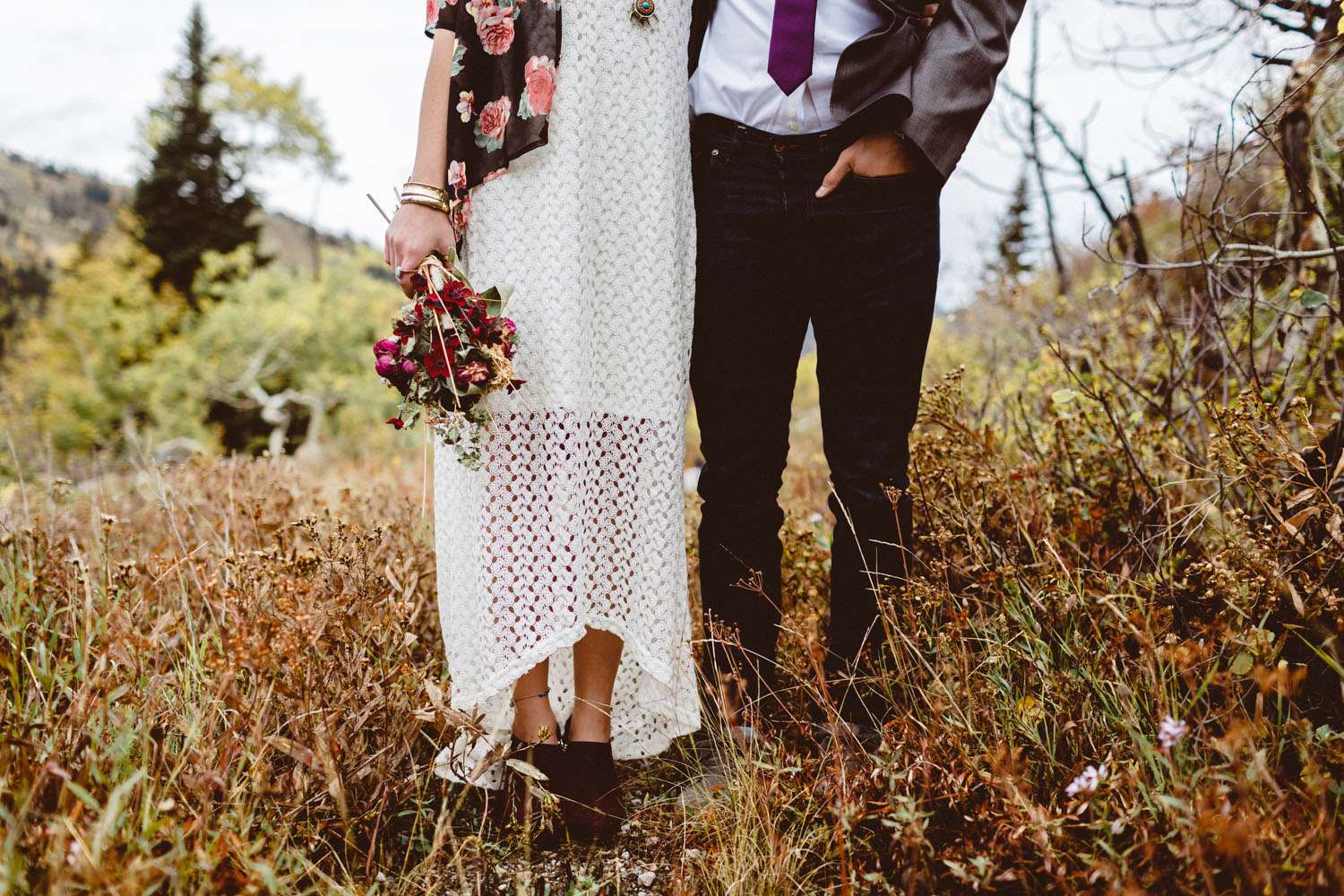 “So me, the couple, her sister and her husband headed up to the mountains together with my boyfriend who played the role of our ‘officiant’. Instead of reading marriage vows, I had him find some great jokes to keep us all laughing and having a great time – and I had the couple write down things they’ve learned about each other since being married, things they’ve done together, and things they already love so much more about each other since being married. It was beautiful and allowed for real, tearful emotions while they were reading them to each other.” 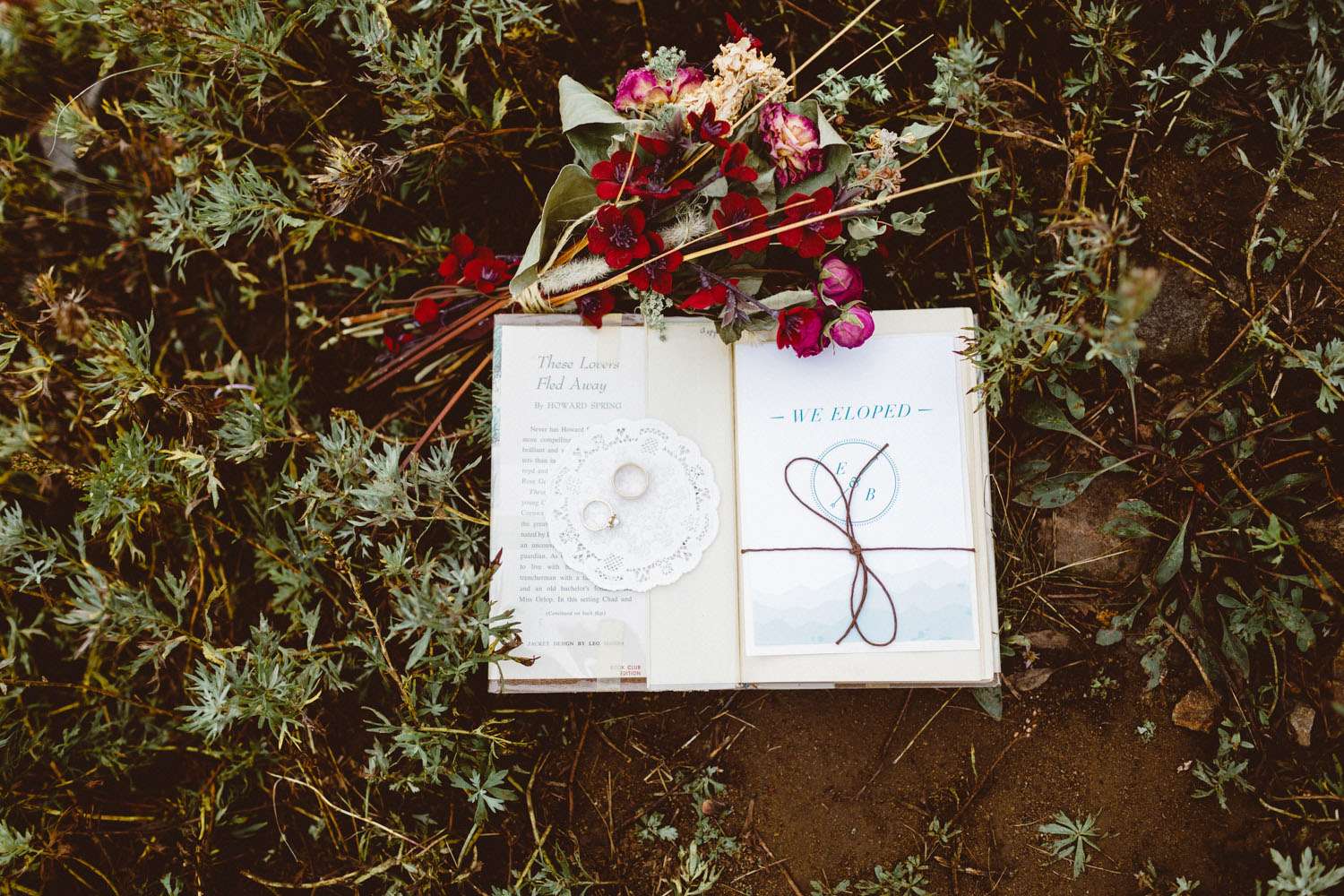 “My favorite part about this whole thing is that even though I planned it and had this vision of what I wanted it to look like, the whole time I was shooting I felt like it WAS at a real elopement. I had to keep reminding myself it wasn’t and that I already shot their wedding! Now that I’ve put this together I want to let all brides know that they really can have a stressful and awesome day! I mean, we even literally found the location the day OF while driving through the canyon!” 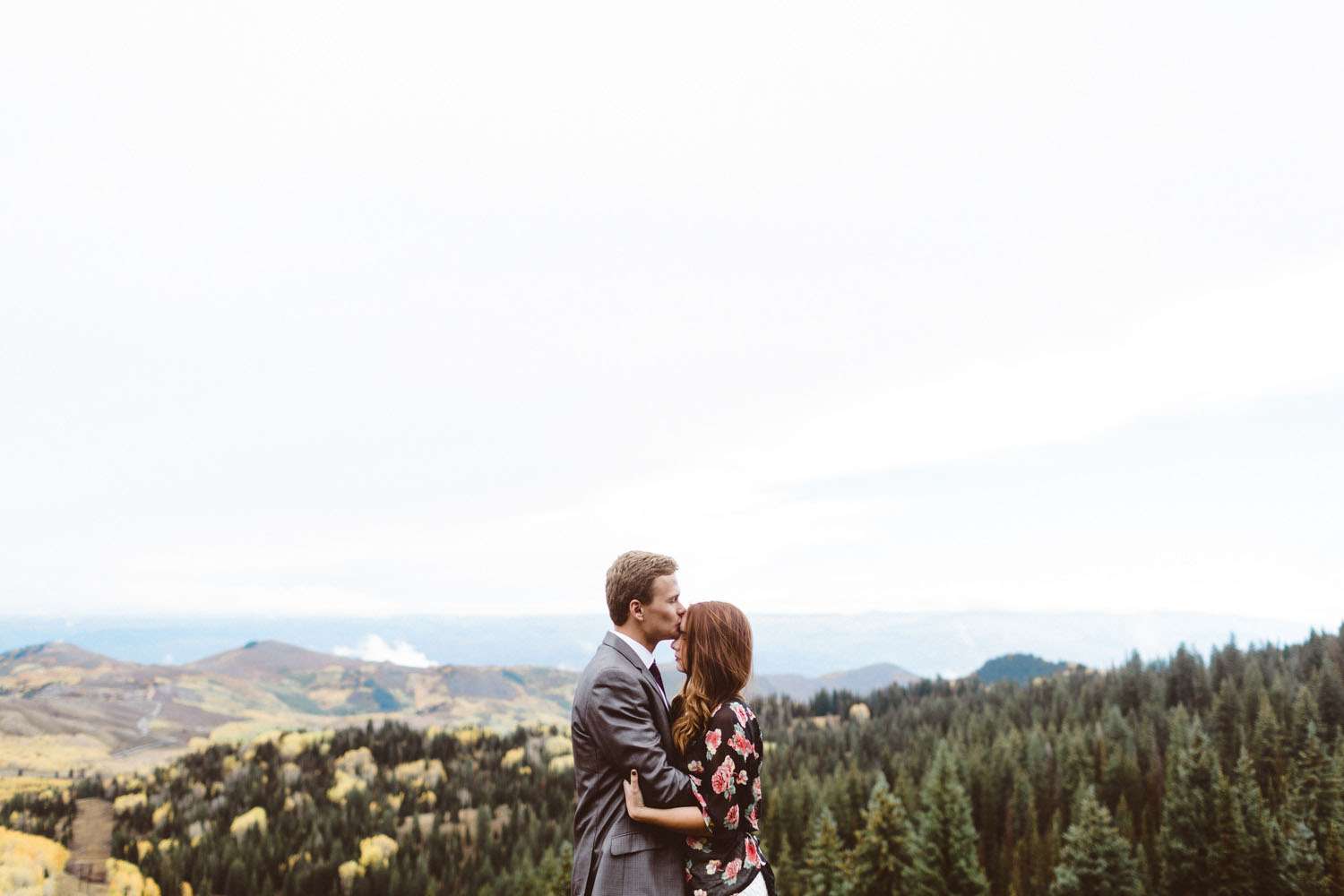 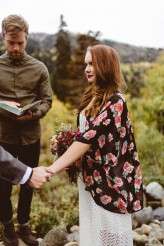 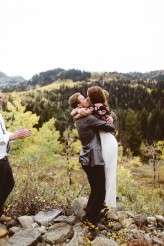 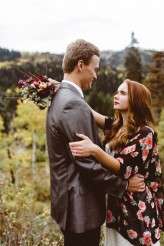 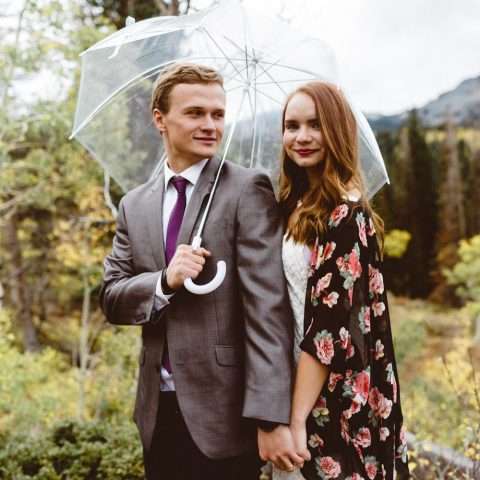 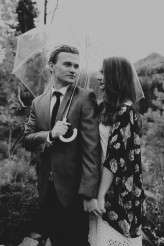 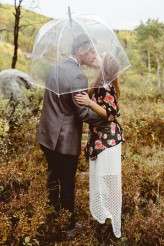 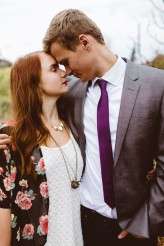 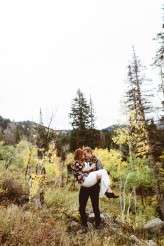 So this is a shoot, not a real wedding, but if you're planning to elope then I'm sure you'll find some inspiration in these images. Put together by Arkansas photographer Laura Power, she wanted to create something different to all the more traditional weddings she sees day in day out.

Are any of you planning to elope? If so, I hope this gorgeous shoot might inspire you. " I really wanted to showcase a different way to do a wedding", wrote wedding photographer and the driving force behind this session, Joel Bedford. "I pictured this lovely couple driving out into the middle of nowhere to recite their vows. The idea seemed so romantic to me: a red vintage sportscar, a ballerina skirt and a couple in love."

With a vintage black dress as the starting point, photographer Amy Cloud set out to style and shoot an alternative, yet elegant wedding inspiration session. The shoot took place on The Great Salt Lake in Utah.