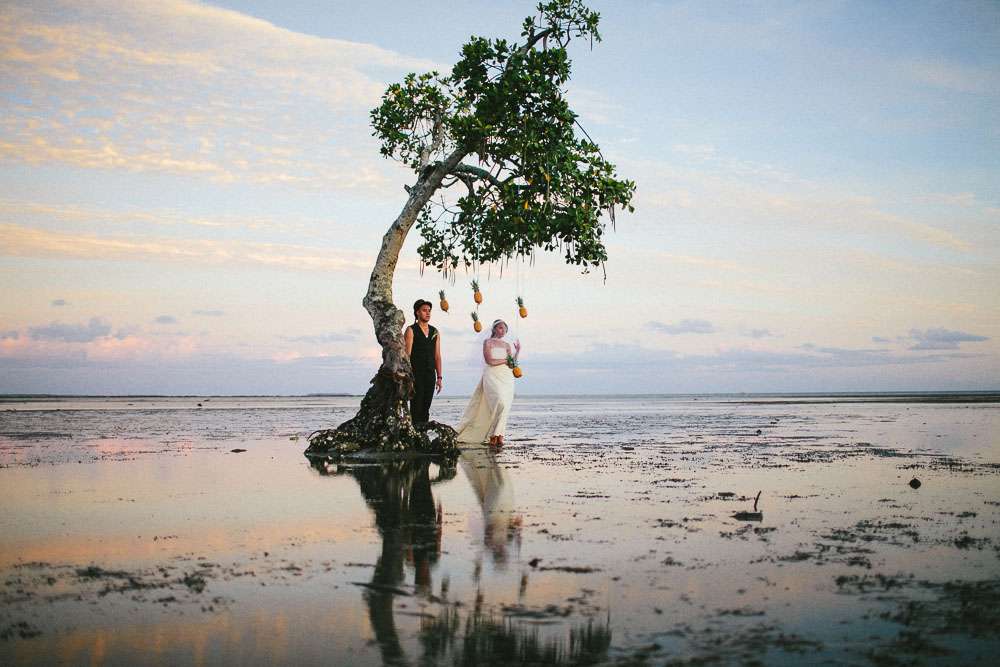 Well, that’s a blog title I never thought I’d write! I have to admit, when I received these photos from Fiji based (but will travel!) wedding photographers Kama Catch Me, I was initally dubious. “Oh this will be a weird one”, I thought. Well, I actually wasn’t wrong… but it’s weird in the most awesome way!

“This shoot is based on our love for surrealism and with my wife coming from Belgium, there was none other to draw inspiration from than the crazy Belgian Ninja of Surrealism ‘René Magritte’”, wrote Ropate. 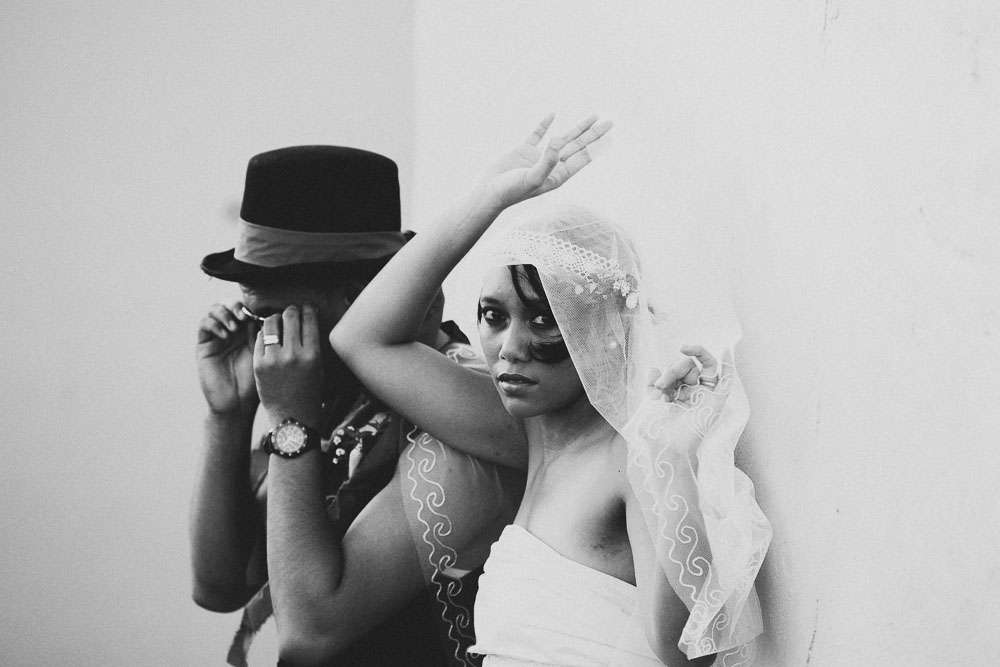 “One of our joint favourites is a painting called ‘The Treachery of Images‘ from 1929. In it, René painted a smoking pipe with a caption that says ‘Ceci n’est pas une pipe’, French for ‘This is not a pipe’ Whaaaat? When asked about it he said something like ‘yeah its true, its just an image of a pipe, its not an actual pipe…go on try putting tobacco in it’. Yeah he’s for reals!” 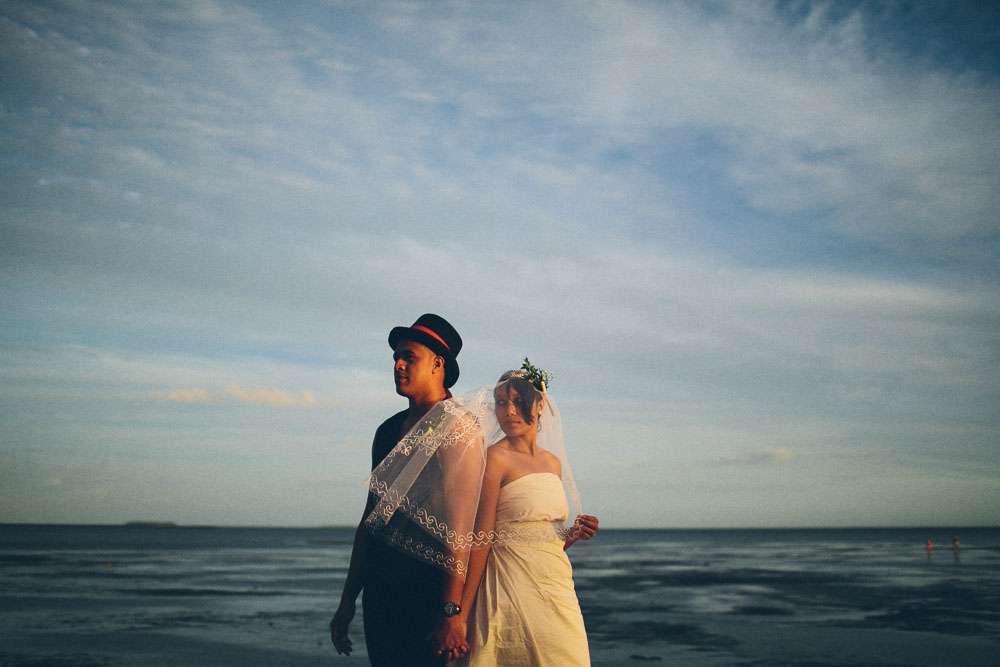 “Another favourite of ours is called ‘The Son of Man‘ from 1964. This is a famous self-portrait with René wearing a bowler hat, shirt, coat and red tie but with an apple in front of his face…like it was either suspended in mid air or he’d been photo bombed by an apple! I mean this guy was just way ahead of his time.” 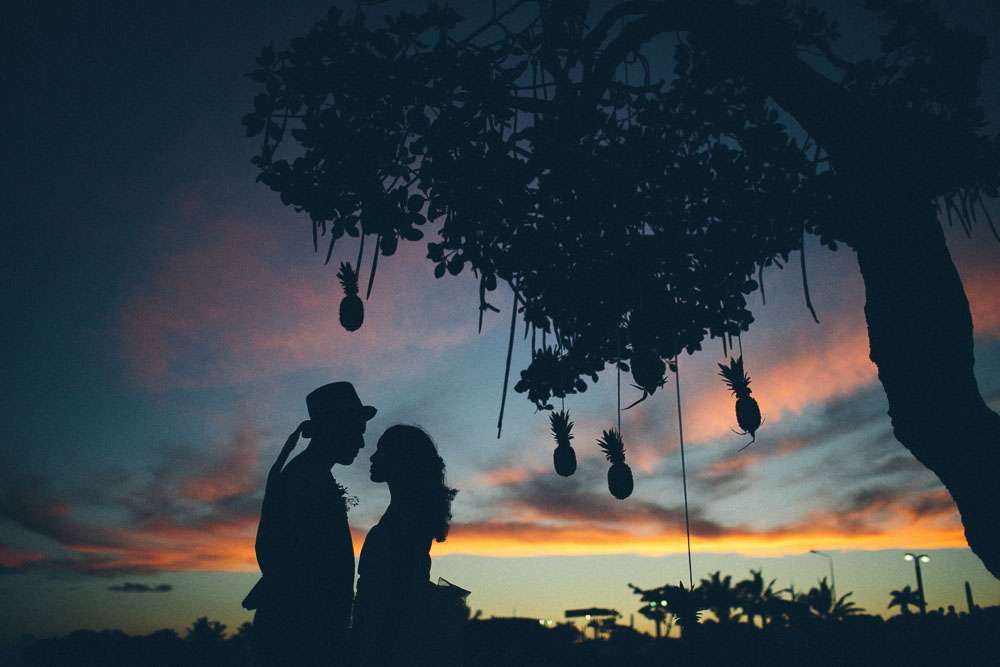 “So as you can see in this shoot we’ve mixed a bit of old school Suva and new school talent, and we even used pineapples hanging from a tree (in our adaptation of ‘The Son of Man’). By doing so, we hoped to push our creative boundaries further in honour of an amazing artist who constantly inspires us to dream ‘outside of the box’.” 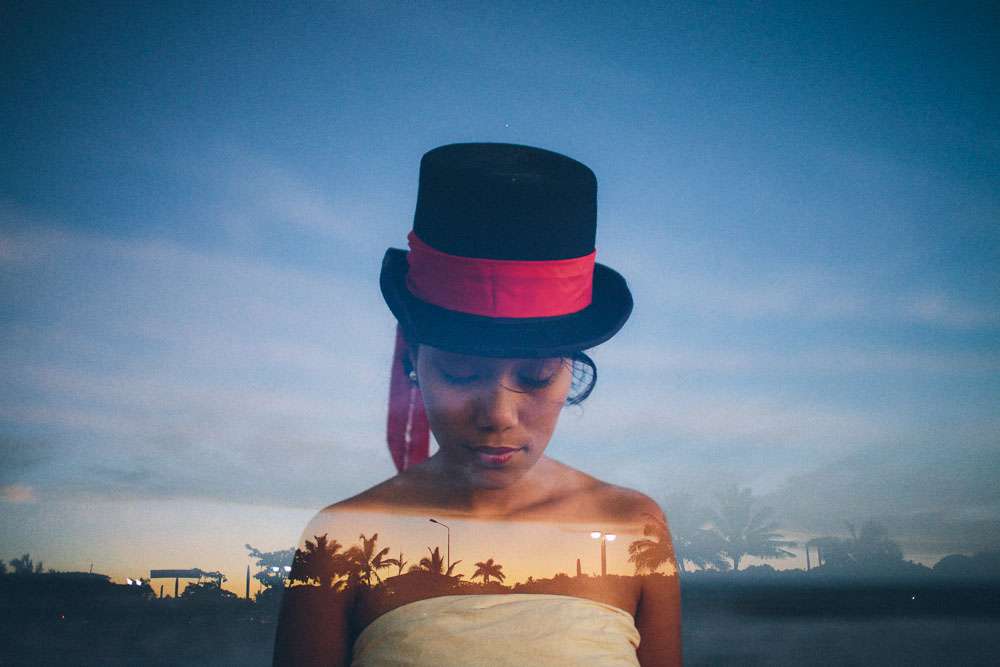 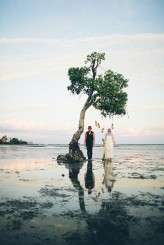 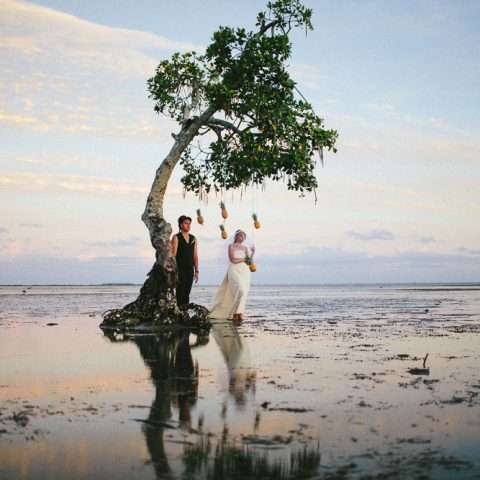 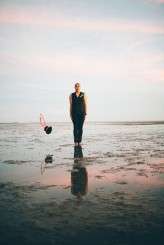 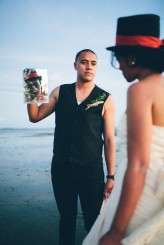