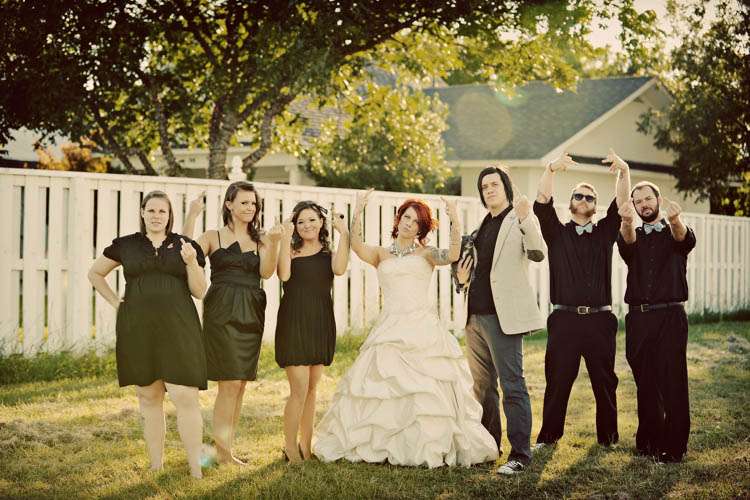 I blogged Brittney & Chris’ state fair engagement session only two weeks ago, but I am even more excited to share their actual wedding with you today – especially because they got tattoo ‘rings’ done at their ceremony! Oh yes, how Rock n Roll is that!? They had a “</3” tattooed on their ring fingers (the internet symbol for a broken heart) by Jeff Brown from Hold Fast in Dallas, TX. 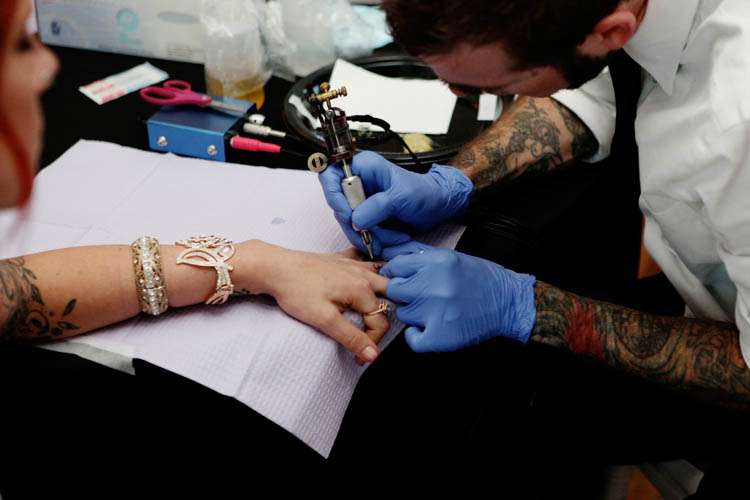 They really took their fairytale theme to the max with the photographer they booked, Fairy Tale Photography and the venue they chose, Fairy Tale Manor in Texas! “Rock n Roll Bride was definitely a big inspiration to keep thinking outside the box”, the couple explained. “We are already a little off as it is, so we just kept our personalities throughout each detail of the wedding. We had Fuzzy’s Tacos catering with margaritas in rainbow cups, a cereal bar, 100 calorie snacks as favors and pumpkins decorating the venue. Each member of the bridal party was given a Cinderella character pin in place of a boutonniere. A Cinderella theme with a ROCKSTAR twist!”

The Cinderella theme was carried out throughout the wedding from their awesome cake and the carved pumpkins to all the little details around the reception. The big kid in me loves it! 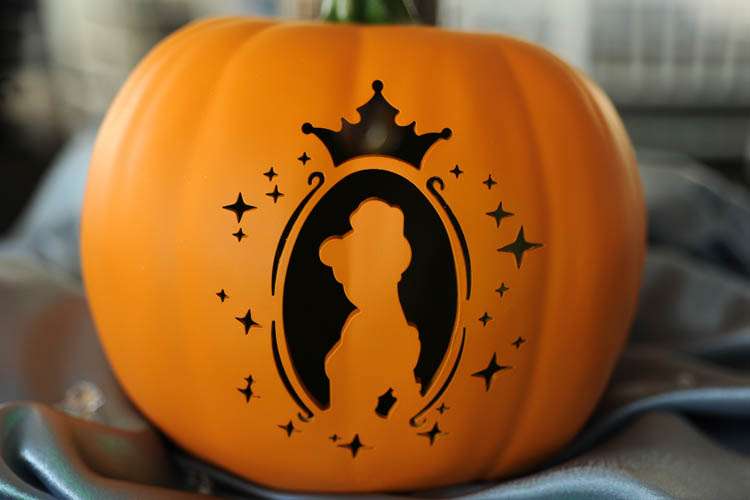 Brittney wore a one of a kind vintage dress from Circle Park Bridal, TX and for the reception, she chanced into the same Betsey Johnson dress and Toms that she wore for their engagement session. She chose not to have traditional flowers in favour of a sparkly faux flower spray bouquet. 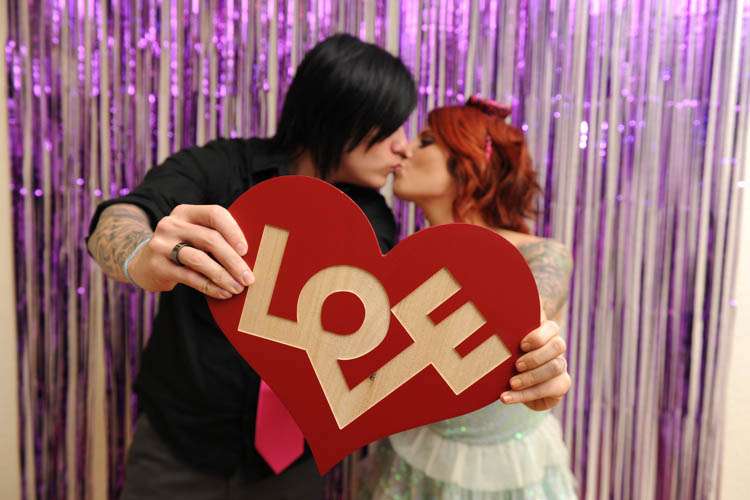 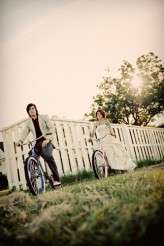 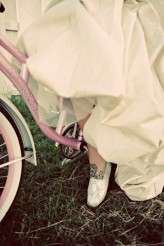 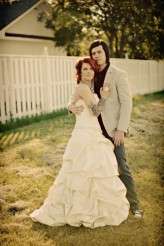 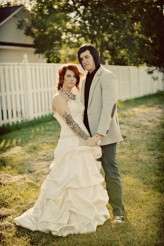 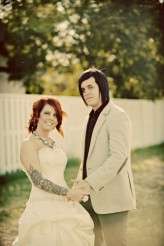 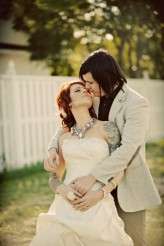 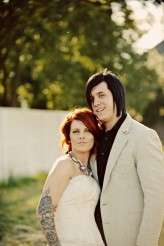 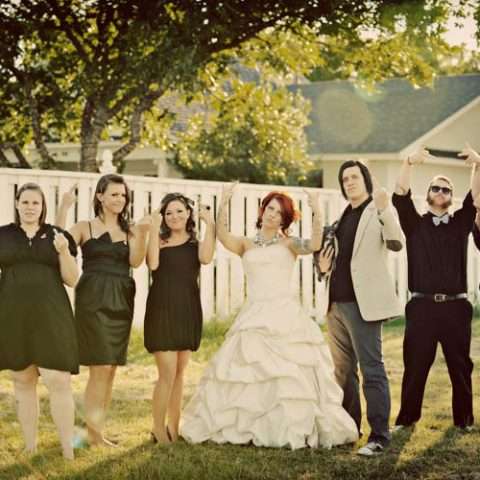 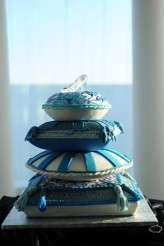 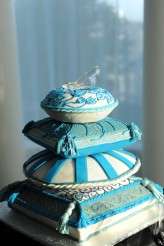 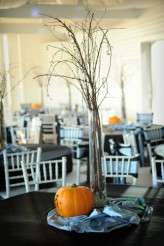 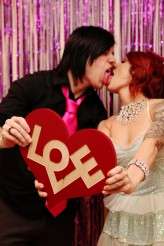 When Megan and Josh discovered their beautiful fairytale venue, everything started to fall into place. The day was held at Santarella, affectionately known as the Tyringham Gingerbread House, in the Berkshire Mountains. The magical setting was the perfect backdrop for an alternative but fairytale inspired wedding celebration.

Viki and Ben's wedding day was princess themed, but with added personality. Their official theme was 'Alternative Disney' and they were inspired by The Magic Kingdom and the fact that Viki, who is covered in Disney tattoos, had always adored the idea of a huge sparkly dress and a beautiful backdrop. Their cake was Beauty and the Beast themed, the bride's dress was the Cinderella gown from Alfred Angelo and they took their photos with a Disney inspired prop book.