Norma & David’s wedding was all about the individual retro touches. In love with the art deco vibe of the 1920s and 30s, the pair used this as their inspiration – choosing to be inspired by and go with the flow of the theme rather than being restricted by it. “We wanted a vintage feel, as I am in love with art deco, 20’s and 30’s music/style/art/film” Norma told me. “As an artist the visual ‘flow’ was more important to me than being “matchy matchy”, or sicking to a theme. We like an eclectic look and things with character…we were hoping to create an elegant, whimsical, romantic, sensual feel.”

The couple got married at White Album Wedding Chapel in Chilliwack, an 1886 wedding chapel, restored with old wooden doors, and an old church bell which is actually owned by their photographers! “A few years ago we accidentally found the chapel for sale” Elizabeth & Mark explain. “When we walked into the little white heritage church along a narrow country road and saw the worn hardwood floors, wooden doors with old door knobs,  tall windows and an old church bell, we fell  in love. It’s a great place to run our photography business and a beautiful place for two people in love to get married!”

Norma wore a dress and catherdal length veil from ‘Treat Bridal’ in Langley and Fluevog shoes. David’s green shirt and zebra tie were found at Le Chateau and gave him such much needed pizazz! Norma designed her own bouquet and used iris and peacock feathers to get the look she was after. 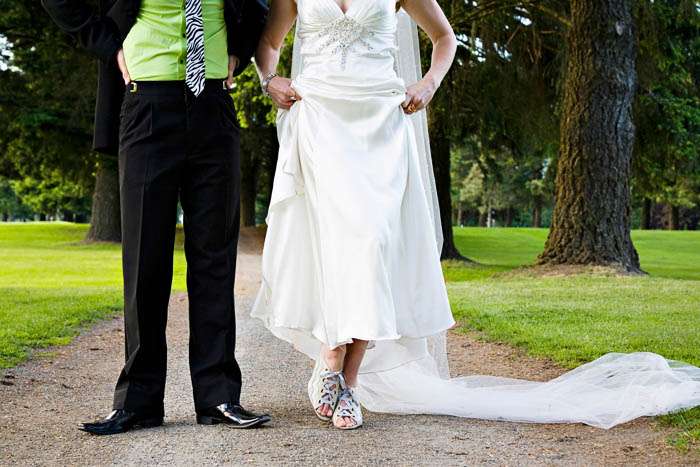 Thanks to Norma, David and photographers Elizabeth & Mark for sharing this day with us 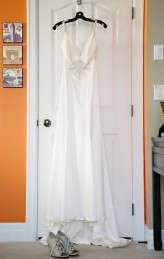 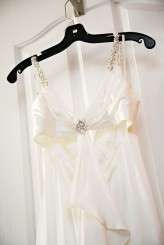 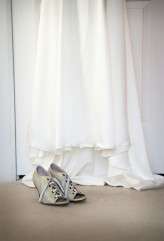 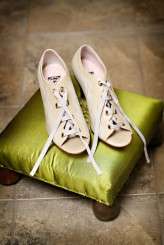 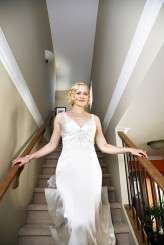 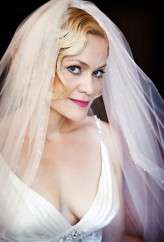 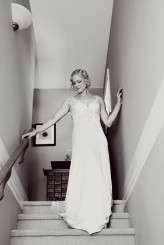 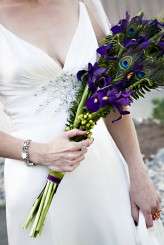 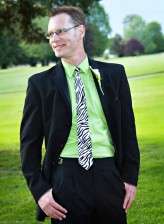 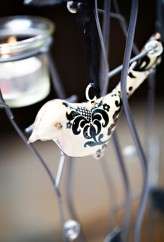 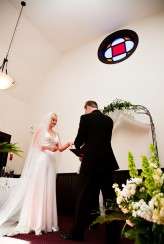 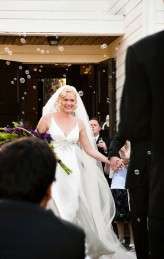 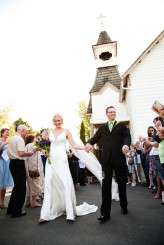 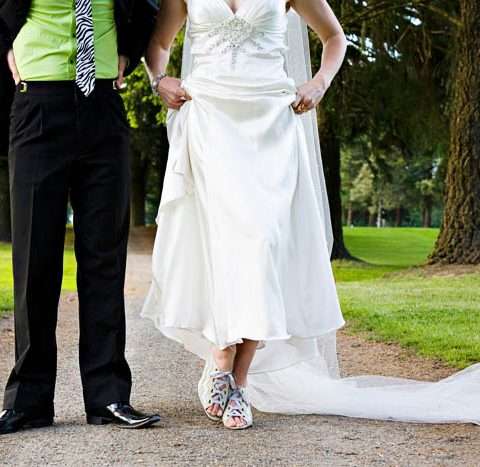 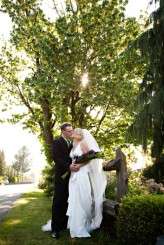 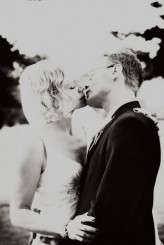 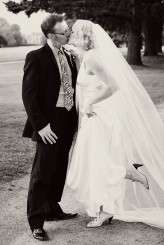 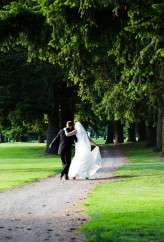 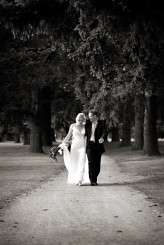 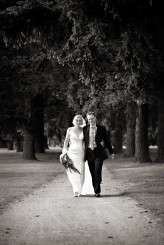 Lacey-Lee channelled Priscilla Presley for her bridal look. Her dress was an original vintage number which she had reworked to the exact style she wanted. The groom, Cam, is of Orcadian heritage so he wanted to wear traditional Scottish attire. Not an obvious paring you might think, but it really works!

Prepare to get your swoon on with Karly and Geoffrey's adorable vintage influenced wedding. "Geoffrey and I had both been sent to the tiny coastal town of Prince Rupert, BC for work", Karly explained when I asked her how they met. "We were set up on a blind date in the fall of 2012 by a mutual friend. Six months later we were shopping for a house together. I was a bit of a hippie wild child and never would've seen myself ending up with a policeman, but he is just so wonderful and we fell in love so quickly and easily. We got engaged in January 2014."