An old elevator and a creepy, deserted boiler room made for the setting du jour for Patrica’s Trash the Dress shoot. The venue was actually the basement of the hair salon she works in (Celebrity Hair in Edmonton) Photographer Elizabeth explains:

The elevator in the building is just awesome with old scuffed hardwood floors, wood grate and brick walls surrounding. Patricia worked a pretty traditional looking dress, but the photos are far from traditional! We had some fun with a big chunk of tulle that looks awesome in the photos! We ended he session in the very scary pitch black boiler room. The only light in there was the flashlight that I was using to light the session. It was so quiet and creepy down there and then every so often the boiler would roar to life! Was scary, but totally worth it because look at how awesome the photos are! Just a reminder that you don’t need a pretty building and trees and flowers to take awesome wedding photos! 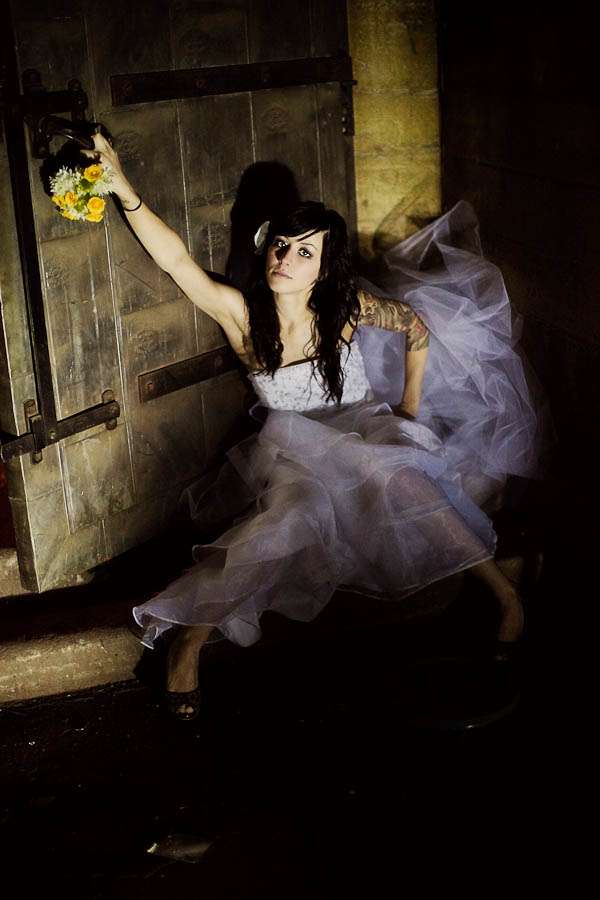 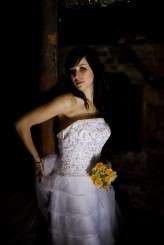 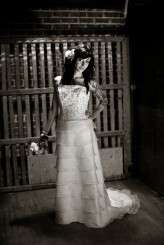 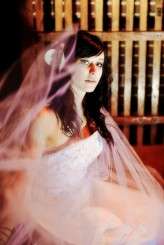 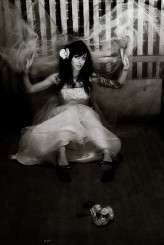 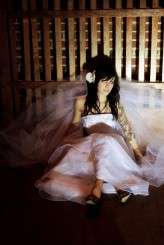 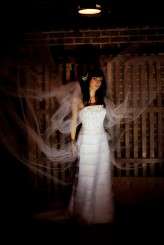 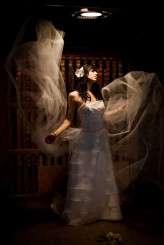 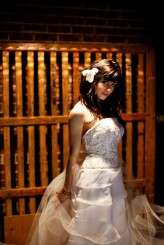 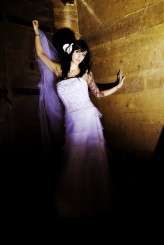 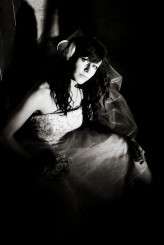 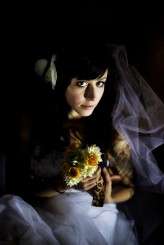 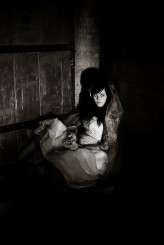 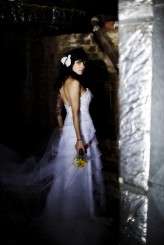 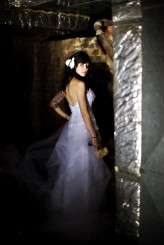 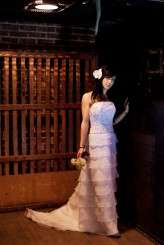 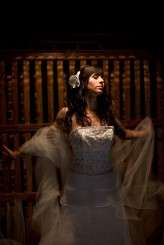 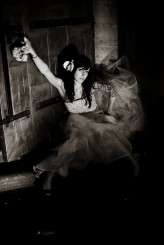 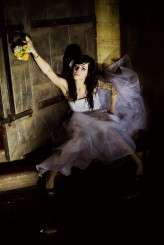