I have to say, I’m not really one for impartiality (is that even a word!?) I pretty much become totally smitten with certain photographers and love featuring their work over and over! Robin Roemer has got to be one of those that I feel a particular adoration for and I am loving sharing this wedding with you!

From Robin:
Brett and James were married in Tribeca at the beautiful restaurant, Thalassa. Brett is a friend of mine who I used to work with when I was a photo editor for MTV Networks and I got to meet James many months ago when the pair began planning for their wedding. Both Brett and James are genuine and wonderful people and I was happy to be there to capture this important day for them. We met for pictures before their ceremony and they danced the night away until well after 1am. I loved Brett’s amazing Christian Louboutin shoes. 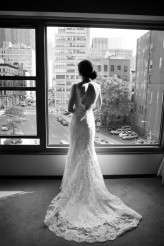 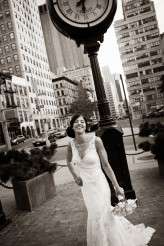 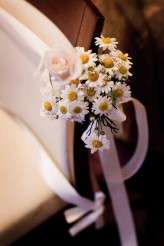 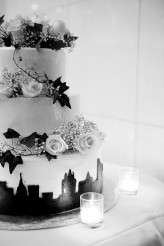