Gillian and Stephen eloped at Scarborough Registry Ofﬁce in October. They had a minimal budget, no formal reception and no guests bar their photographer, Laura. After the I dos they went for afternoon tea at Francis Tea Rooms.

The couple met in America when Stephen’s band were on tour. Despite living on opposite sides of the world they decided they just couldn’t let each other go! “We eloped because of a visa process and all the costs that and an international move racked up”, began the bride. “We spent about two years doing long distance between England and America. I then decided I wanted to pursue a ﬁancée visa so I could ﬁnally settle in England with Stephen. It was supposed to take about six weeks but it ended up taking seven months! The visa process also required both of our passports so we weren’t able to make visits to each other the whole time! Without knowing when (or if) the visa would return to us, we couldn’t plan a proper wedding. We eventually got the visa and I planned my return to the UK, but we were only given six months to get married, so we went ahead with an elopement.” 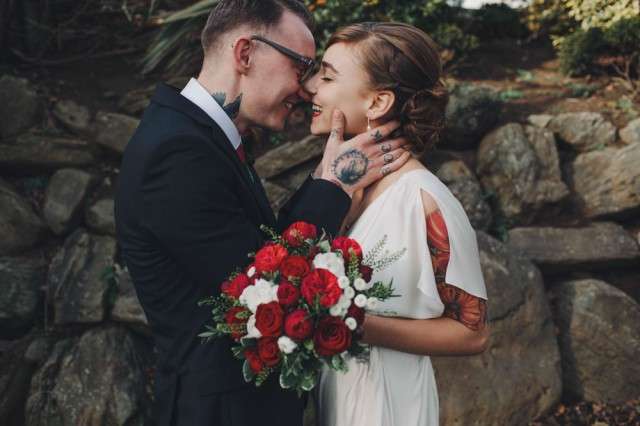 “We decided on Scarborough because we had spent some time here together while Stephen was doing a guest lecture at his old university”, she continued. “It was such a special, quiet day where we could focus just on each other after so much time apart. Before we got married we always spoke about getting matching tattoos, but never followed through with it. Stephen has some old friends he met at university still living in Scarborough, so on a whim we tracked down a mutual friend who is a tattoo artist and got matching moons on our ring ﬁngers and he got our wedding date on his knuckles.”

The bride wore an Alice Temperley dress with a flower crown made from spray roses and gypsophila. “We didn’t choose a theme, but it ended up feeling that was somewhat vintage. My dress was 1930s in style. After the ceremony we went to an amazing little tea room that used to be a hair salon and the building has been preserved and feels like something out of that time period.” 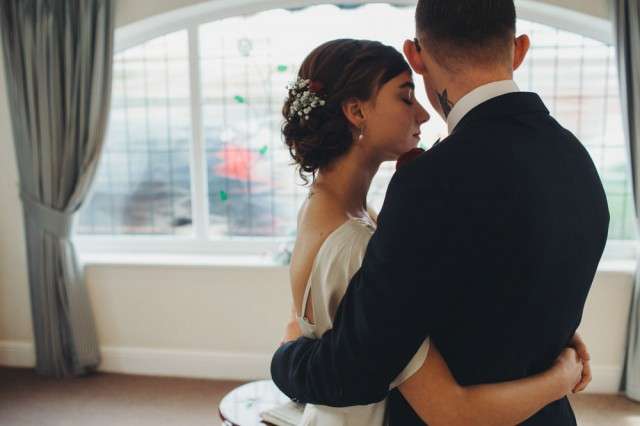