Chris and Allison’s handfasting witch doctor wedding in the woods was completely homemade. The bride made her own dress and wore shoes from eBay, which she decorated herself. She also made her own headpiece. The flowers were put together by the couple themselves, they created their own invitations, they even self-catered the whole event!

The couple met online in 2011. Alison was living in South Africa at the time and in April 2012 she took a leap of faith and moved over to the UK to be with Chris. Their meeting was unconventional, so their wedding had to be too! 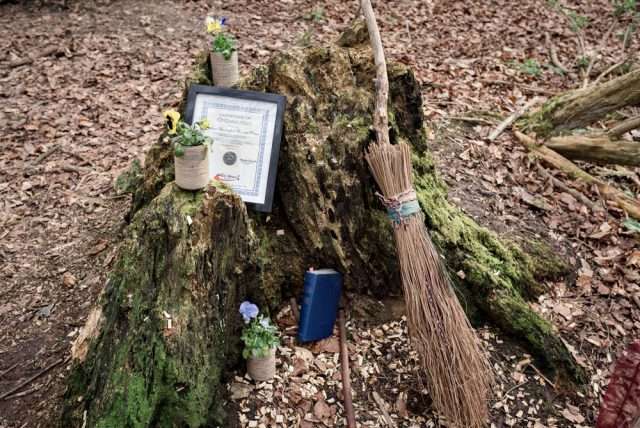 “It has to be recognised, right from the start,  that this was never going to be a normal wedding”, said the bride. “Discovering the cultural differences between us and integrating them into a life together was often surprisingly more difficult that you might imagine. Add to that a determination not to follow the crowd and ‘do everything right’ drove things in an unusual and joyous direction from the start. Throw a group of mildly lunatic friends into the mix, determined to make things work for us despite there being no cash whatsoever available and a very firm direction was set.” 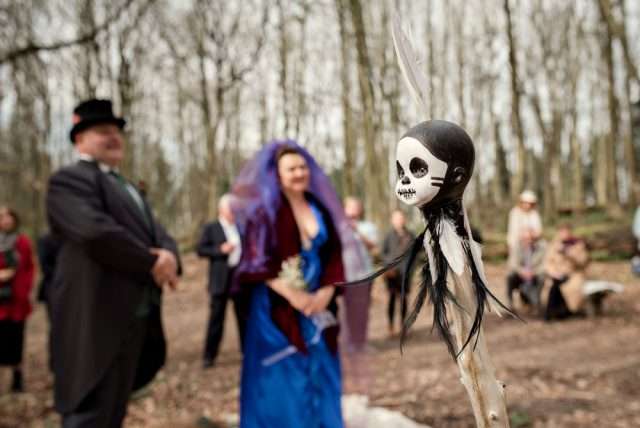 “We decided from the start that we would marry outside in the woods and that was non-negotiable. This of course was a bit of an issue, because you can’t get married just any old place in the UK, it has to be licensed for wedding celebrations. So we had our legal ceremony in a register office and then went to the woods for what we consider our actual ceremony!” 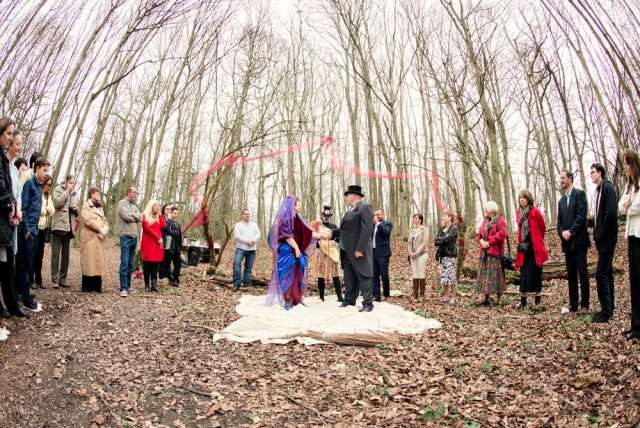 “We wanted a friend to take us through a ceremony that we had created”, she continued. “We wanted to laugh, to surprise those around us and ourselves and to challenge every preconception of a wedding service. A friend of ours got ordained through an American Gospel Alliance website and we give him free reign to act and dress as he wished. Now, it may have been a mistake bringing up the whole witch doctor thing over the 5th bottle of wine at dinner one night, but we like to think it was inspired.” 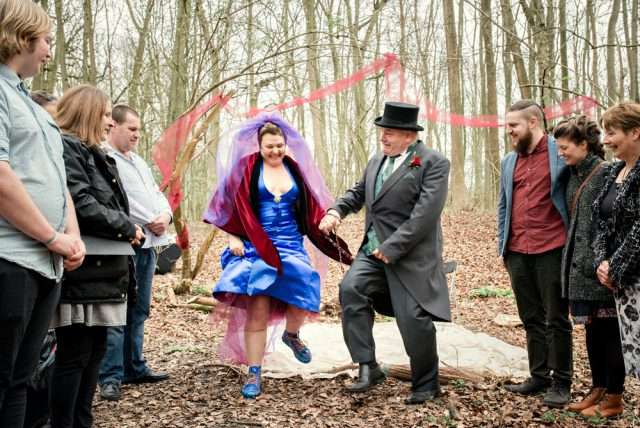 “I don’t think our wedding fits into any specific category. We deliberately avoided following a particular style, colour or theme. We wanted it to be eccentric, eclectic and colourful with the focus on fun and not tradition. We also wanted to acknowledge our different heritages as well as our similarities and shared passions and our quietly rebellious natures. A witch doctor conducting the proceedings, with a handfasting and a jumping of the broom ceremony to celebrate and acknowledge the slaves of Africa and their defiance of authority in marrying against their masters wishes was the catalyst that made everything else fall into place.” 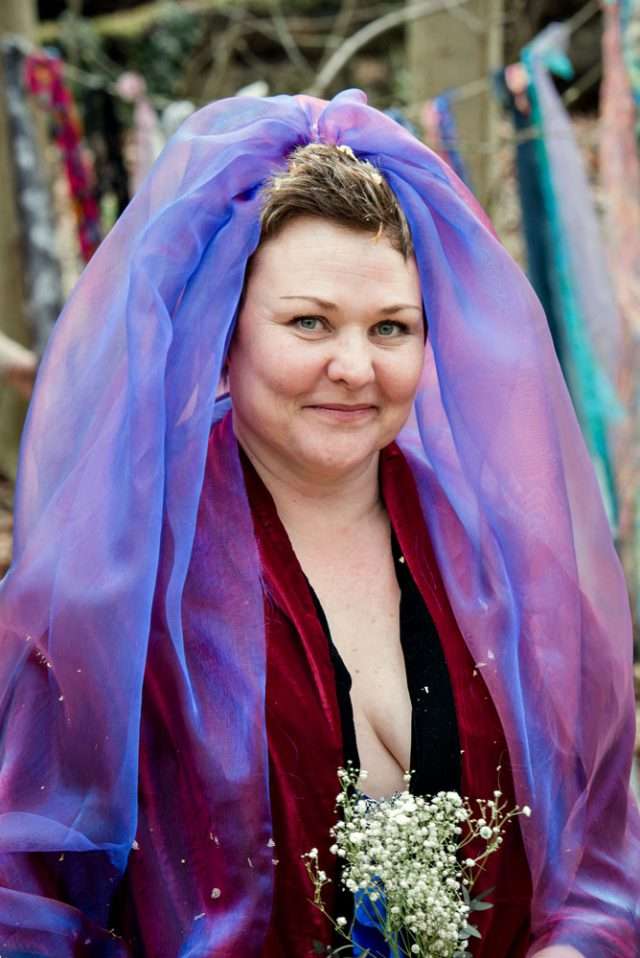 The couple had no money to spend on the wedding, so they made everything themselves and asked their guests to contribute to the wedding fund rather than buying gifts. “We were humbled by the generosity of the responses we received. Some friends sending their regrets that they couldn’t attend, but still sending cash donations to help fund the costs. With some judicious use of our own meagre assets, the registrar costs were covered, a honeymoon on Dartmoor booked (and essentially financed by a single crazy gift from my brother Brian), the Cricked Club paid for, legs of lamb, ribs of beef, joints of pork and sacks of vegetables sourced from the local cash and carry and stored in the freezer, to be handed out to friends for cooking. In total we spent about £175 on food.” 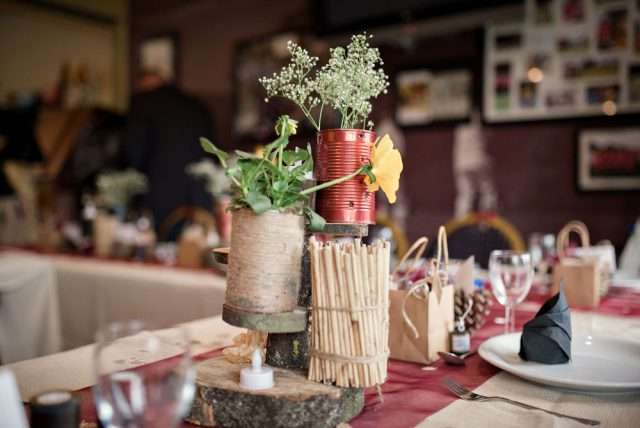 “The best thing about planning the wedding was togetherness of it all”, Allison concluded. “My husband took an active interest and got involved in every aspect. It wasn’t something that I planned alone so that I had MY special day with the groom just going along with it because it’s the done thing. It was OUR day and we both worked hard to make sure it was what we wanted. We had the help of some amazing friends and several evenings with much wine were involved in the process. Their support continued throughout the process and on the wedding day. They worked hard to give us this special memory.” 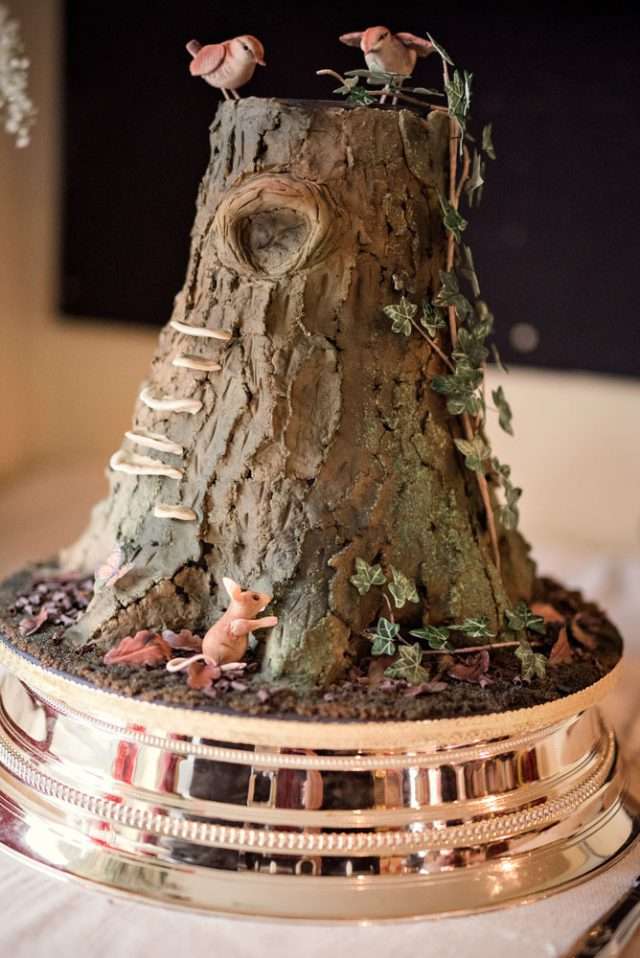 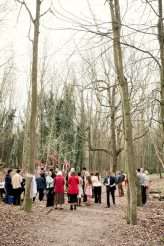 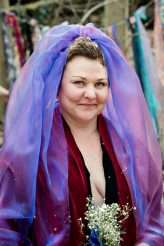 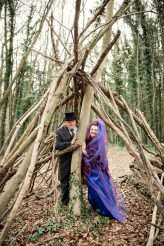 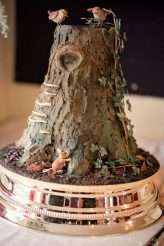