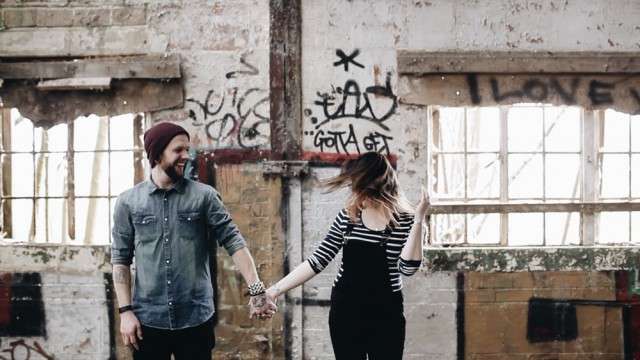 We’re all guilty of taking our partners for granted sometimes. They drive you nuts, you argue, you forget just how special and magical it is to have found someone that you not only adore, but they feel the same way about you.

This all hit home for me last week when I received this email from Lucy.

I’ve ummed and ahh-ed about sending this in to you, as you will see it’s not something which you would normally publish.

My name is Lucy Pope and my fiance is Daniel Marshall, our wedding was booked for 22nd October this year and we were so excited. Unbelievably, because it feels like so much longer, I met Daniel on 6th June 2015 in a nightclub in Hereford. He always told people that as soon as he saw me he knew he needed to talk to me. Dan had recently moved back to Hereford following a short but intense bout of skin cancer. On Christmas Day last year Daniel proposed.

We had grand plans including a whole bunch of flamingos, multi-coloured balloons, balloons spelling ‘Fuck Yeah Dan & Lucy’ (in a nod to a flaming lips gig we went to last year), our dog (Baxter) dressed as Pikachu, general craziness… Daniel described it as ‘like a rainbow has thrown up everywhere’! We planned to have a humanist ceremony which our friend Rich wrote for us, it was going to be beautiful. I had found an amazing seventies style crochet/lace dress to wear with a leather jacket and boots, we were going to have a tropical flamingo fiesta. We were going to eat burritos, doughnuts and candy floss, and drink whisky and cider surrounded by hundreds of colourful balloons, and the odd comic and Pokemon reference thrown in for good measure.

In short, it was going to be a day of happiness and mentalness perfectly summing us up. Something we had both been looking forward to was submitting to you afterwards, as we were super confident that you would melt at it all and love us (modest I know, haha).” 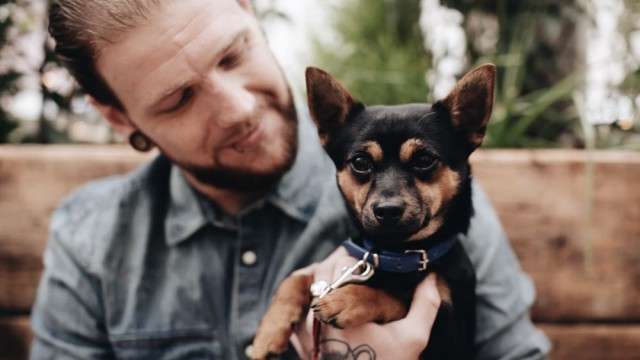 “On 24th May Daniel collapsed at home from a stroke, the next few hours are a blur, but we discovered that he had cancer in both his brain and his lungs. Two days later in the earlier hours of 26th May, one week after being given the all clear from cancer, Daniel passed away as I stroked his hair. He was 29.

Dan is my best friend and I love him more than he will ever know. I know it sounds trite but we complete each other and without him I don’t feel whole. We only got one year together, but it was the best year of our lives and I will always be grateful that we got that time, there are so many people in the world that will never get to experience anywhere near what we had.

I am so grateful that we managed to do this engagement session with the Costa Sisters, who’d we’d booked for the wedding.  We decided have the engagement shoot, mostly so that we would have a warm up before the wedding day. It involved eating burgers and breaking into an old ammunition factory near us, it was a lush day.

I really can not stress enough how important that shoot ended up being to me and I’m so thankful, not only that we got it done, but also that we chose Elena and Sofia because they have given me and many other people something so special to hold on to. I know that our story is the extreme and hopefully nothing like this will ever happen to any of you, but if we had settled for a cheaper option then we wouldn’t have these beautiful images and video to hold on to.”

“I know you don’t normally feature that many engagement shoots, particularly ones which in hindsight could be seen as a tad depressing but I figured ‘nothing ventured nothing gained’. The song in the video is Daniel singing and playing the guitar (he was so good, and was just building up his confidence again).”

After watching their video (IN BITS!) I decided that I really wanted to share it on the blog too. Yes, it might not be the upbeat kind of wedding inspiration that I usually publish, but I thought it was really important to share for two reasons.

The first being that love is a gift and you should treasure it always. We’re all guilty of taking it, and our partner, for granted sometimes when we’re grumpy or moody or they’re driving us around the bend.

But also, it solidified my belief on how vital it is to document your love while you have it. Whether that be through silly personal snaps and videos, or getting the most amazing professional engagement and wedding photographs that you can… Because, as awful as it is to think about, you just never know what might happen.

So please, hug your boyfriend/ girlfriend/ fiance/ husband/ wife extra hard tonight, tell them you love them everyday, and take those engagement and wedding photographs while you can.

Thank you Lucy for sharing your photos, video and story. I’m sending you all the love in the universe and I’m sure everyone reading this will do too. 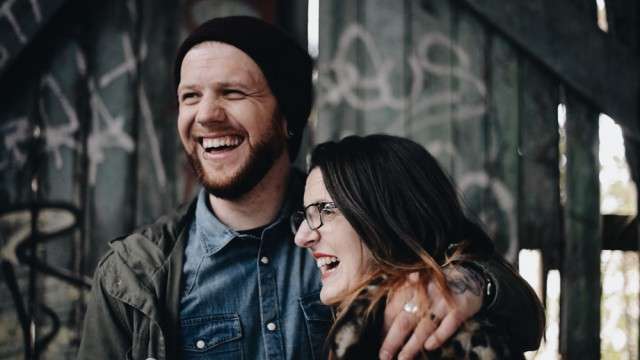